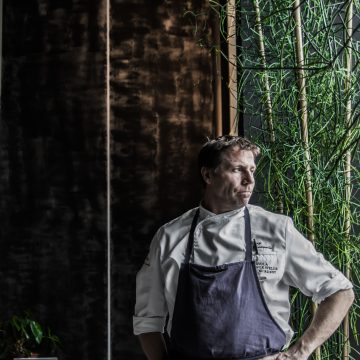 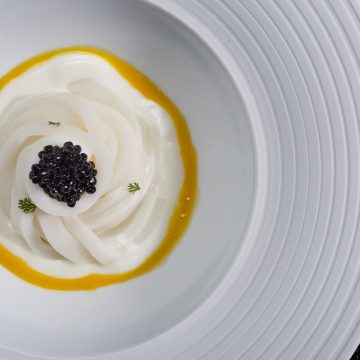 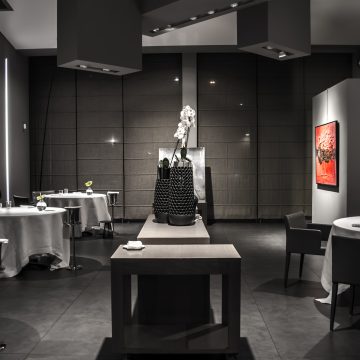 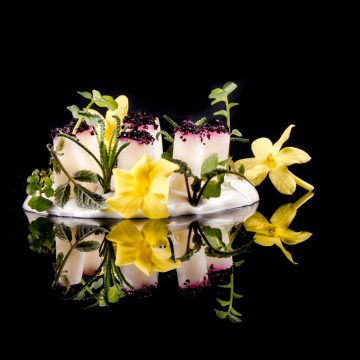 Born into a family with over 4 decades of experience in the hospitality and catering industry, Terry Giacomello was destined to be a chef. He now helms the kitchen of Michelin-starred Inkiostro, a cutting-edge fine dining space in Palma.

Italian chef Terry Giacomello was born in Friuli in 1969 into a restauranteur family. His parents managed a restaurant near Pordenone, and it was here where Terry had his first taste of gastronomy. Hungry to learn more about the industry and eager for new opportunities, he began to associate himself with some of the best restaurants in the world.

Terry worked under Marc Veyrat and Michel Bras in France, Alex Atala in Brazil, Helena Rizzo at Noma in Copenhagen, Andoni Luis Aduriz in Spain and at El Bulli with Ferran Adrià. Spain is Terry’s greatest love, and this is partly due to the respect and admiration he has for Adria, who he classifies as an “absolute master” of gastronomy. It was the experience he gained in Spain that revolutionised his culinary approach, and he was inspired to study and experiment with his produce, learning how to transform raw materials in masterpieces. For Terry, the ingredients are fundamental to his dishes, and thus, he is always researching new and unusual ingredients that he can showcase.

In September 2015, Terry took over Inkiostro’s kitchen, and a mere 3 months later, it was awarded with a Michelin star. Inkiostro is described as a very high-end kitchen where an exceptional selection of raw materials are combined with advanced culinary techniques to create refined dishes which exhibit a profound knowledge and understanding of the products. Terry’s culinary philosophy is to create dishes which taste excellent, but do not take anything for granted.

My family, a good knife, food and my dog.