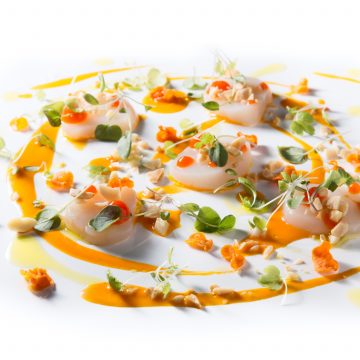 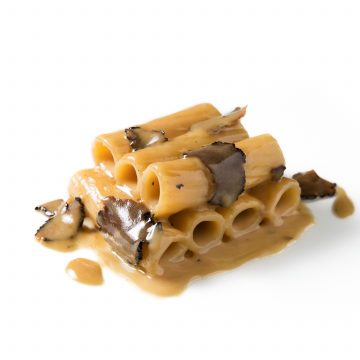 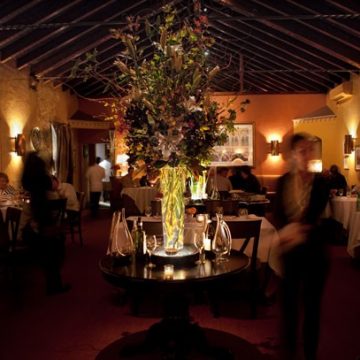 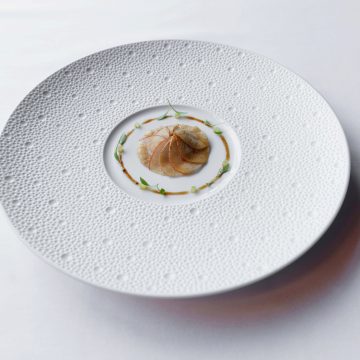 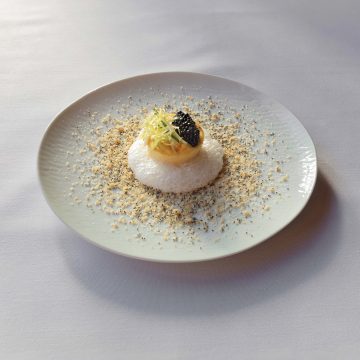 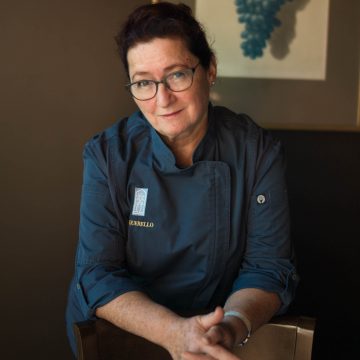 Fiercely talented female chef, Suzette Gresham, has made culinary history on more than one occasion, yet, the most joyous part of her career is cooking with others, and teaching them the secrets of success in the kitchen.

Originally from San Carlos in California, Chef Suzette Gresham descends from a long culinary lineage, and thus, it is no surprise that her interest and involvement in all things food started at a young age.

Gresham’s French grandmother taught her the ins and outs of gardening, the secrets behind growing the best fruits and vegetables and the techniques for canning and preserving fresh produce.

Suzette’s mother had a passion for cooking for large groups of family and friends, which led to Suzette’s continued enjoyment of entertaining and pleasing people with an “Old World” style of cuisine and hospitality.

It was in July 1989 that Gresham opened Acquerello with business partner Giancarlo Paterlini, using her enthusiasm in the kitchen and tenacious personality to fuel her fire for culinary success.

Gresham earned Acquerello its first Michelin star in 2007 when the Michelin Guide debuted in the Bay Area, and has retained the star ever since, upgrading to 2 Michelin stars in 2015 – she was only the third woman in the US to receive this accolade.

Over the nearly 3 decades that Suzette has years helmed her kitchen, the talented chef has had a profound impact on the culinary world. Along with its Michelin stars, Acquerello has also held a spot every year on the San Francisco Chronicle’s Top 100 Bay Area Restaurant List since it’s inception 22 years ago, amongst a host of other accolades.

In 1980, Gresham became the first female apprentice to be on the U.S. Culinary Olympic team. Four years later, she returned as an individual competitor and brought home a Bronze medal – also another first in gastronomy’s history.  For Suzette, it was a true honor to become the first Junior Member of the ACF and to hold a position on the Board of Directors for three terms.

At present, Suzette is not only a pioneer in gastronomy but has also become one of the most influential chefs in the world of Italian fine dining. The chef takes an understated, elegant approach to traditional Italian cuisine, and showcases her culinary philosophy in its truest form: simplicity and preserving the integrity of food speaks volumes.

“I strive to ensure the food itself at Acquerello is always center stage,” Gresham says. “Humility is of the utmost importance to me but I do create cuisine that I am proud and is distinctively my own.”

Albeit that Gresham has been garnered with many awards throughout her career thus far – of which she is very proud of – these recognitions are not the driving force behind her culinary journey. For the chef, the cuisine and her cooks are, above all, what keeps her in the kitchen.

During a time when female chefs were an incredibly rare occurrence, Suzette was proud to quietly dispel the myth that women didn’t belong in a professional kitchen.  At Acquerello, Gresham creates much more than just food. The chef and her team provide unforgettable lifetime experiences for diners, emblematic of what the diners could expect if they were in Italy.

Suzette has managed to find Italian timelessness at Acquerello, using her elevated hospitality, flawless execution of soulful and thoughtful dishes, and mission to educate and inspire all those who walk through the door as her muse.

Always eager to learn, as well as to teach, the chef remains up-to-date by listening to her diners, maintaining an awareness of her marketplace, and revitalizing forgotten ingredients and classic dishes through interpretive applications. “Materia prima,” or quality ingredients, along with seasonality, tradition, and philosophy are the pillars of Gresham’s cuisine.

Just as important as the ingredients are to Suzette’s cooking, and her success up to this point, education is vital for the chef. Gresham has made education a hallmark of her legacy. Therefore, Acquerello has become a bounty of opportunity. With Suzette taking as much pleasure out of growing chefs as she does cooking food, it is no surprise that she has successfully passed 63 interns through her kitchen.

In Gresham’s eyes, she believes that without a strong foundation in the kitchen, it is impossible to create new, bold flavor profiles or interpret the classics. Thus, Suzette is there to help young chefs develop this foundation so that they, too, can make marvels in the kitchen.

“You first need to understand why techniques came to be, how traditions were started, and what role ingredients play in the regions from which they hail.”

Before the “Me Too” movement, of which she is a survivor, Gresham dared to run a professional kitchen free from fear, intimidation and ridicule, regardless of gender.

“If you love really love your craft, and this industry, it is your duty to learn all you can and then share that knowledge with the next generation to follow.”

Anything that I don’t like… It becomes the springboard for change.

A bucket, a knife, matches and wasabi.