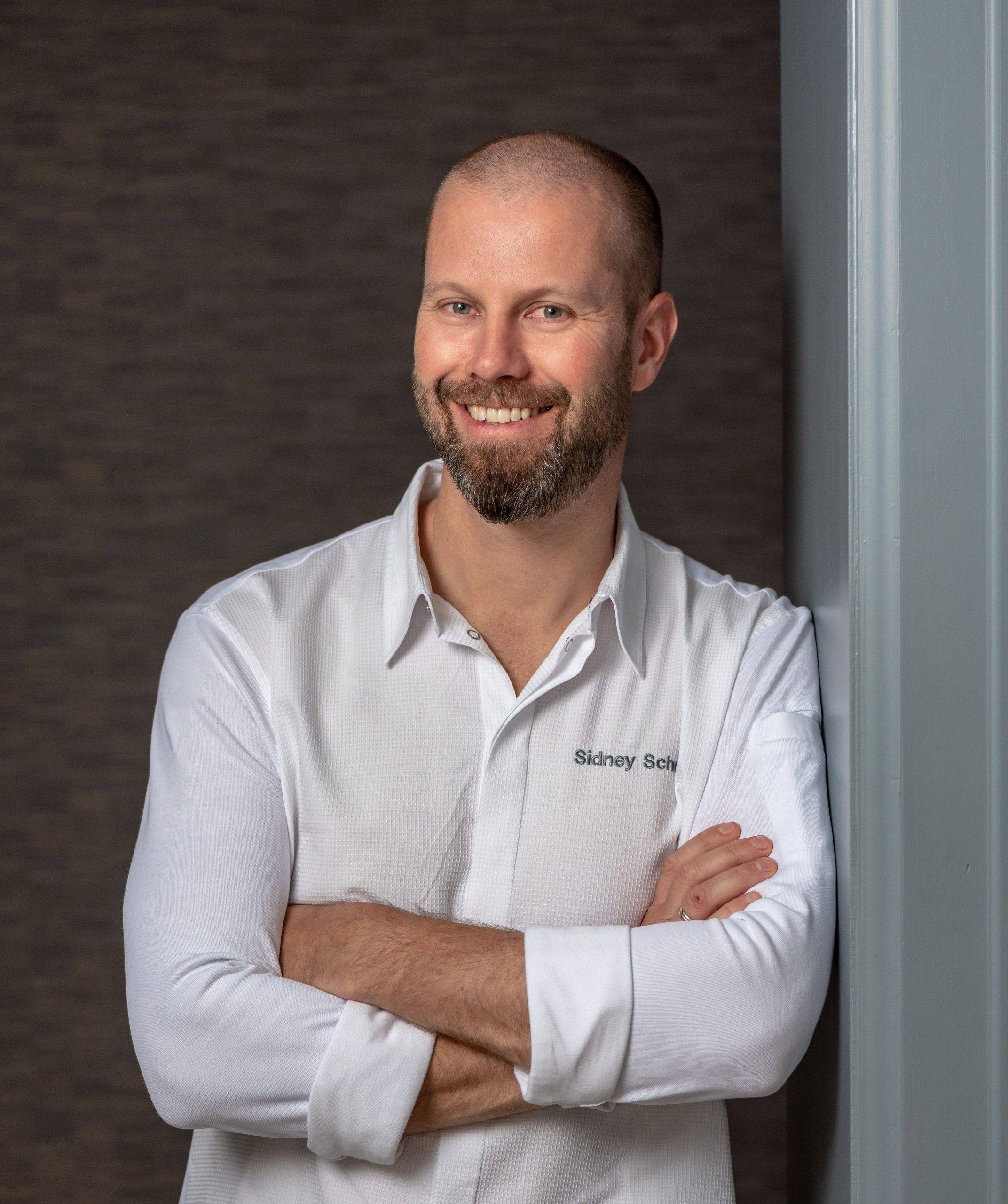 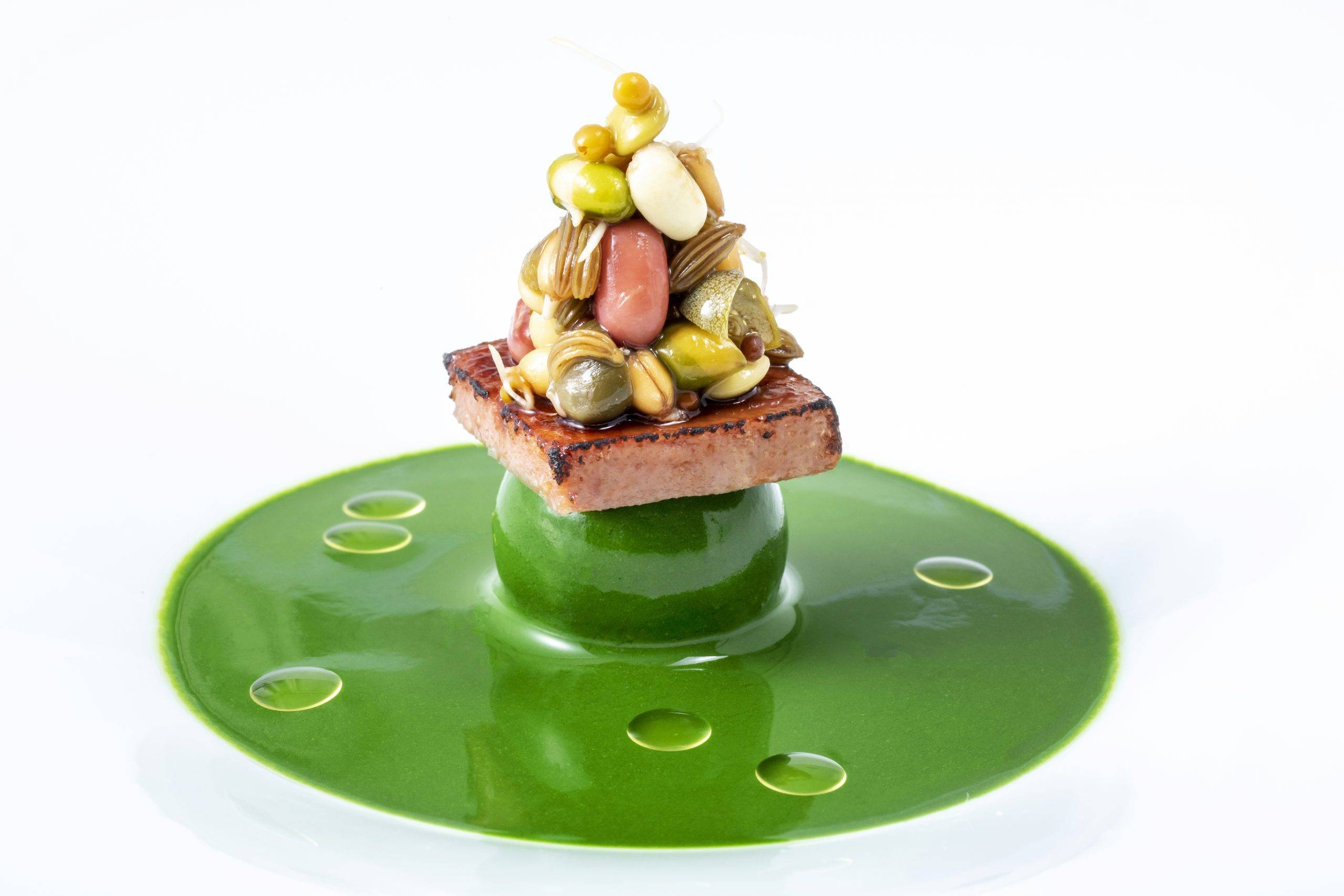 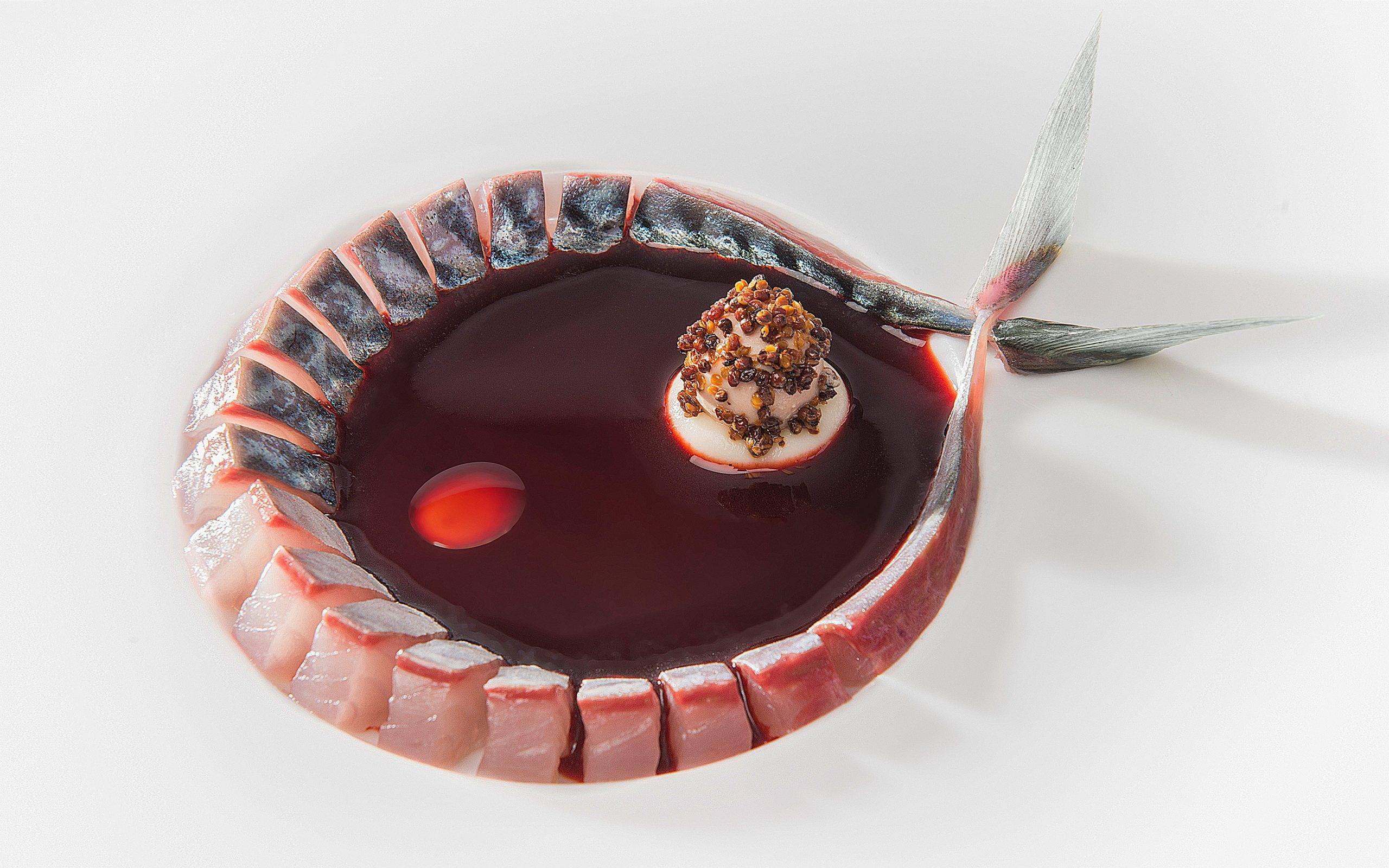 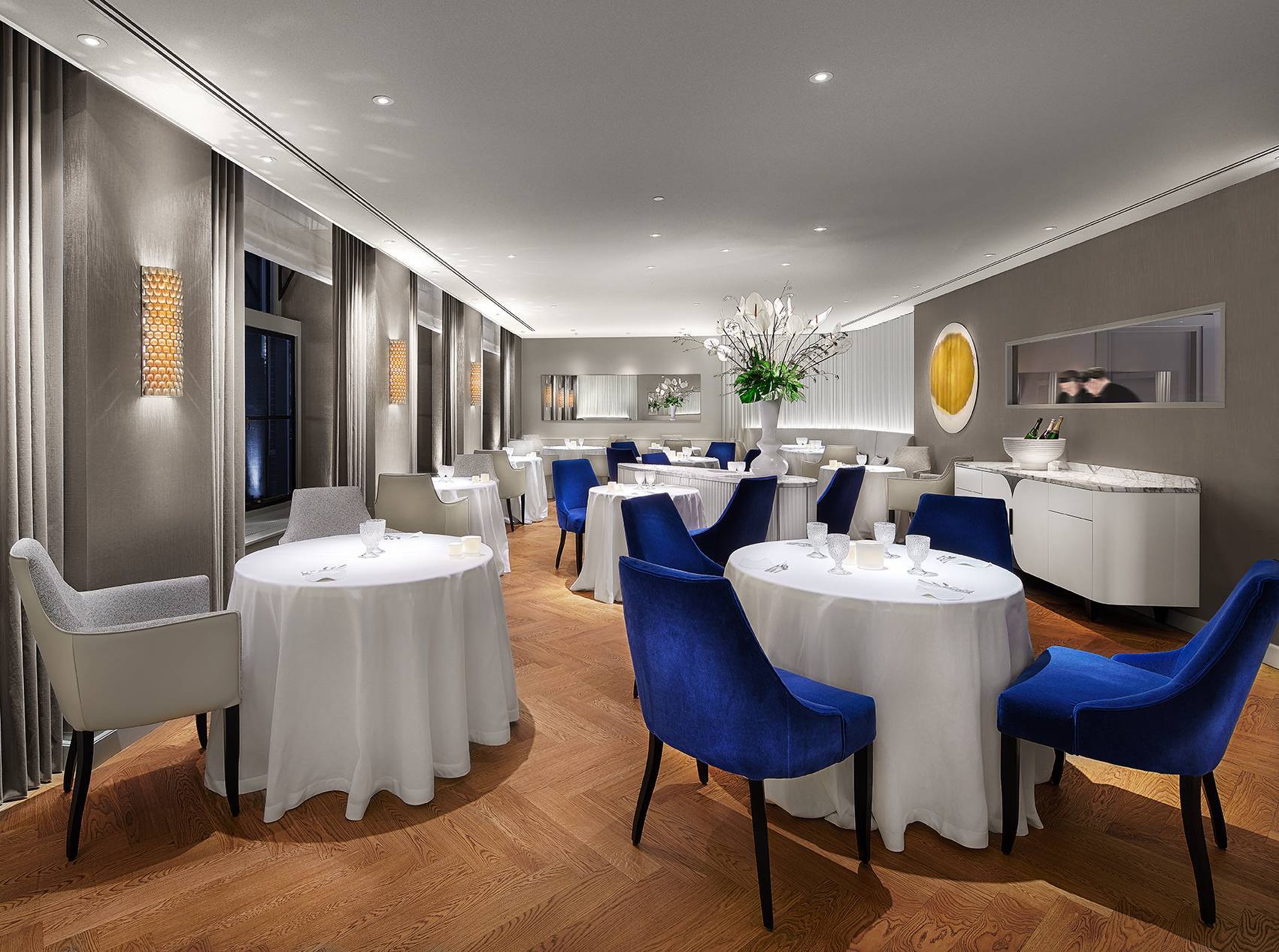 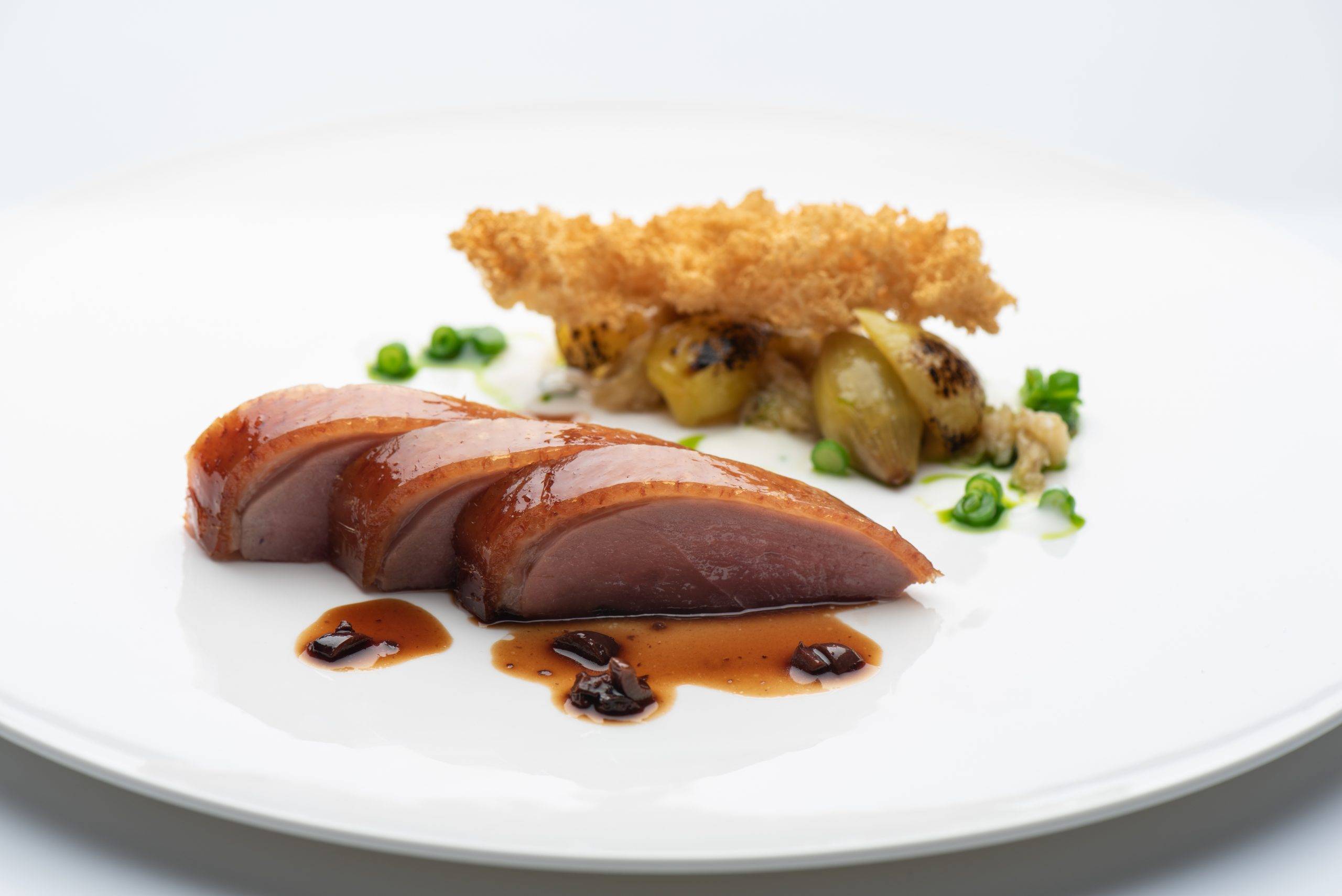 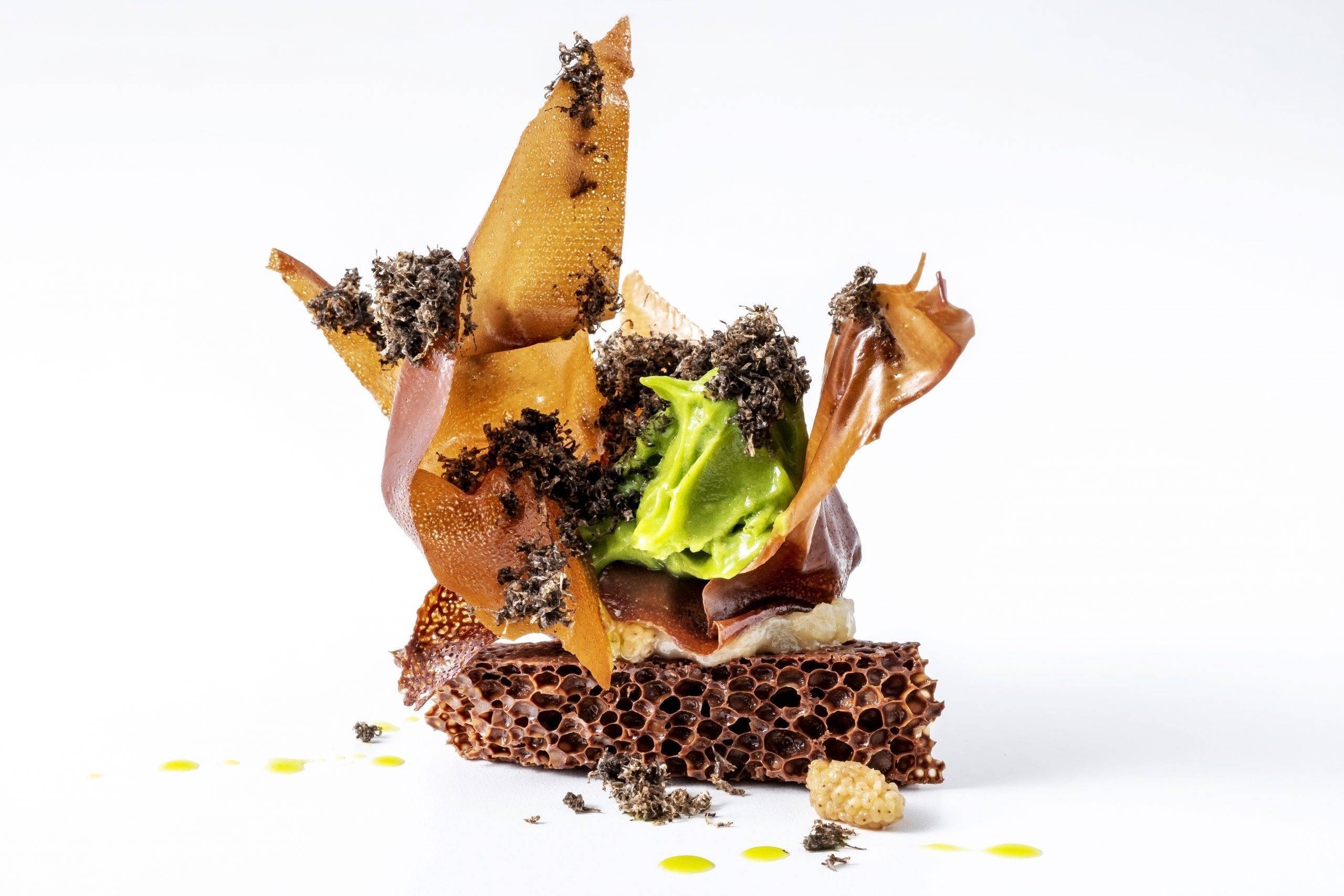 Defined by striking plates that pack a punch of flavour, Sidney Schutte’s culinary prowess has seen him traverse the globe cooking alongside the world’s gastronomic elite. With a host of awards under his belt, including 2 Michelin stars for his restaurant Spectrum at Waldorf Astoria Amsterdam, the brilliant culinary mind shows no signs of slowing down.

Sidney, who was born in the city of Middelburg in south-west Holland in 1976, discovered his passion for food and the culinary arts as a teen when he took up a summer job in a restaurant. When he was 17 years old, Sidney moved to southern Holland’s Zuid-Limburg province to follow his ambition of becoming a professional chef.

After extensive training, Sidney went on to gain experience at an array of notable restaurants including Restaurant De Bloasbalg and 3-Michelin-starred De Librije in Zwolle. It was at restaurant De Scholteshof in Stevoort, Belgium working under chef Roger Souvereyns that he learned the true meaning of passion and drive, two principles that guide his cooking today.

In 1999 Sidney’s talent was realised by acclaimed chef Jonnie Boer – owner and master cook behind renowned restaurant De Librije in Zwolle – who summoned the young 22-year-old to join his team as Sous Chef. In the same year, De Librije was awarded with a second Michelin star, and 3 years later, the restaurant received its coveted third star with Sidney’s support as Executive Chef.

During his 10-year tenure at De Librije, Sidney played an integral role in the creative process and development of the restaurant’s dishes. His distinctive cooking style added to the restaurant’s appeal, and as a result, he significantly contributed to the international fame of De Librije – the celebrated restaurant which put Dutch cuisine on the gastronomic map. De Librije’s success led to an expansion of the brand in the form of a hotel and a second restaurant named Librije’s Zusje, which Sidney would too become Executive Chef of.

In 2009, Sidney embarked on an international culinary escapade in an aim to broaden his gastronomic horizons. After a one-day traineeship with Dutch top chef Richard Ekkebus at The Landmark Mandarin Oriental hotel in Hong Kong, Sidney was offered the position of Executive Sous Chef at the hotel’s 2-Michelin-starred restaurant Amber. After 3 years he was promoted to Executive Chef and learned the tricks of kitchen management at the highest level.

In 2015, Sidney returned back to Holland with a wealth of knowledge and experience, hungry for a new challenge. With a well-travelled palate and an air-tight vision for success, it was a mere 7 months before the Michelin Guide awarded him 2 stars at Librije’s Zusje at the Waldorf Astoria Amsterdam. Over the next few years, he nurtured his cooking skills, growing and evolving his culinary style into the masterpiece it is today.

After a wonderful 5-year partnership, Jonnie and Thérèse Boer of De Librije – who had played an advisory leadership role at Librije’s Zusje – handed over the reins to Sidney Schutte and his team at the Waldorf Astoria Amsterdam, and the 2-Michelin-starred restaurant was rechristened as Spectrum.

On 22 January 2019, the restyled restaurant was reopened by Sidney, and he took the full lead of his own kitchen for the first time. Along with Restaurant Manager Sascha Speckemeier and the rest of his motivated and creative team, Sidney now showcases his distinctive gastronomic flair to eager diners at Spectrum, introducing them to a new facet of fine dining.

Praised for his use of bold flavours and local products in both innovative vegetarian and impressive omnivorous dishes, Sidney creates unique plates that possess an exquisite aesthetic appeal, along with a superior display of textures and perfectly-balanced tasting notes. Additionally, Sidney oversees a second upmarket restaurant, Goldfinch Brasserie, also located in the Waldorf Astoria Amsterdam.

Characterised by hard work, passion and devotion, Sidney Schutte’s contemporary and progressive cooking has not gone unnoticed. Sidney’s influence in the culinary industry gained much traction throughout these years, and he was lauded with the title of “SVH Meesterkok”, the highest recognition that a chef can achieve in The Netherlands.

His international acclaim comes along with a host of awards, and as a result, he is regularly invited as a guest chef in prestigious restaurants around the world. His accolades, among others, include being ranked number 65 out of 500 in the Best Chefs of the World 2017 awards, which is the highest position held by a Chef of a Dutch restaurant on this respected global list. In 2017, he was also named as Gault&Millau’s Chef of the Year in The Netherlands.

Always on the lookout for a new challenge, Sidney’s cooking philosophy mirrors his inquisitive mindset. Thus, he finds immense inspiration and delight in experimenting with vegetarian cuisine. His personal life also reflects his cooking mantra, which sees the chef living every moment to its fullest, making time for that which he has deep admiration for. From cooking for his friends and family to riding his motorcycle on a racing circuit, Sidney always finds joy in everything he does.