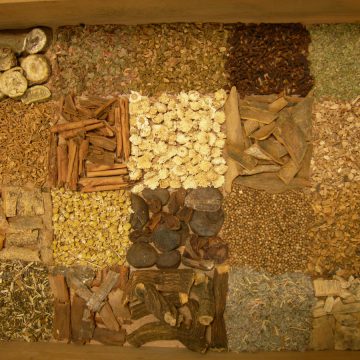 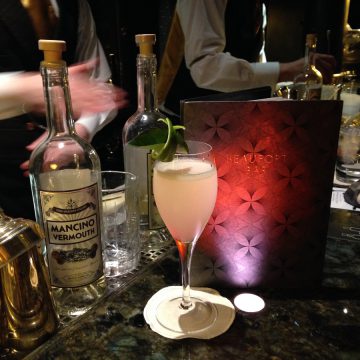 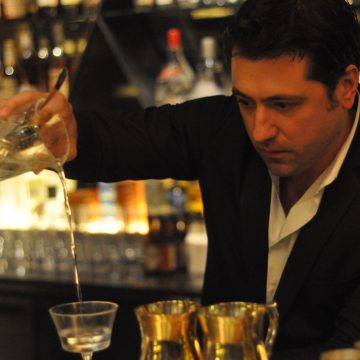 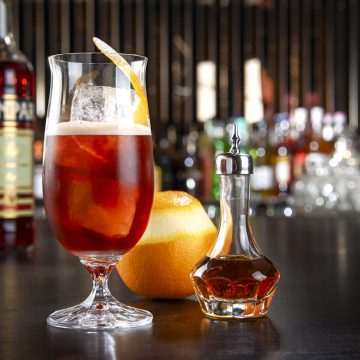 Giancarlo Mancino, creator of Mancino Vermouth, tells FOUR about his passion for his artisanal drink range…

How did you get into your line of work?

I started thinking about creating an artisanal vermouth range when I was working in bars. There wasn’t a hand-crafted vermouth in the market so I set about putting my dreams into action in 2008. I was also driven and inspired by my grandmother. When I was young, the Italian vermouth was the true aperitif served every Sunday after mass. She always offered my father a glass before we sat down as a family for Sunday lunch so I wanted to create vermouth that she would enjoy and be happy to serve to friends and family.

What does being a vermouth distiller entail?

No matter what country I am in, my business takes me across the globe, mainly Asia and Europe. I try and get eight hours sleep if I can, so I usually get up at 10:30am. It’s quite common for me to go to bed at three or four in the morning – it must be all of those years working in bars. However, much of my business is still conducted in bars where I train bar managers and bartenders and showcase my range of artisanal vermouths – so you could say that I’m definitely an owl, not a lark!

In the morning I check the news and all the social media channels including Facebook, Twitter, Tumblr and Instagram. I can share with my followers some of the great drinks made using Mancino Vermouth and the places where they are listed and available to buy.

No day is the same. I can be doing anything from giving talks about why I created Mancino Vermouth; training bartenders in how to make great drinks with the vermouths; visiting bars where I’d like Mancino to be stocked or exhibiting the range in drinks conventions across the world. If it’s production time, which is usually every nine months, then I am back in Italy at the traditional mill and distillery, which has been in use since 1930, making sure that the vermouth-making process is running smoothly and that the liquid comes out tasting the way it should. I check every element of the drinks -making process and I am a stickler for detail.

How did you kick-start the project ofMancino Vermouths?

I started the project by visiting different countries to source the very best botanicals to put into my vermouths and then travelled back to my home country where I began making my vermouth in a small, family-run establishment in Piemonte.

I travelled all over the world to source and hand-select the spices and botanicals that are used in Mancino Vermouth; rhubarb from England; wormwood from Italy; cinnamon from India and lemongrass and ginger from Vietnam and I continue to do this with every production run. I first began a small production in late 2011, which I gave to friends and family to ask for their feedback and then launched the range in 2012 at the Bar Convention in Berlin where I was the only vermouth. The success of the range has really built from there with the range being listed in a number of high-profile bars and shops across the world including Harvey Nichols; the new Shangri-La Hotel at The Shard in London which opens at the beginning of May; Mandarin Oriental in Hong Kong; The Regent in Singapore; the world-famous Raffles in Singapore and Michelin starred restaurants all over Italy, to name just a few.

What does the picture on the Mancino Vermouth bottle’s represent?

The labels on all the Mancino Vermouths carry a picture of my hometown, Pignola in southern Italy, as well as King Vittorio Emanuale gold coins, which commemorate the plaza where I played football on the cobbled streets as a child and was named after the King of Italy – Piazza Vittorio Emanuele.

Can you recommend four of your favourites from the Mancino Vermouth range?

What do you like to do in your free time?

I don’t have much in the way of leisure time as Mancino Vermouth is my passion and I like to keep busy but I am lucky as there’s a huge social element of what I do. At the moment, my wife and I are currently in the middle of renovating on a house that we bought in Marbella so when I am not flying across the country with Mancino Vermouth our time is mainly spent there.

What’s the best part of your job?

For me, there’s nothing better than hearing great feedback on my vermouths and watching some of the most highly regarded bartenders in the world making and creating drinks with Mancino Vermouth. I’m glad that I took the leap into creating my own range of vermouths and wouldn’t change it for the world.

How to re-create one of Giancarlo Mancino’s signature cocktails, the Milano-Torino. The cocktail is so named because of its ingredients: Campari, the bitter liqueur, is from Milan (Milano) and vermouth, is from Turin (Torino).

Kostas Kontopoulos, CEO and Founder of Carpo, gives us a glimpse into his life, producing Greek nuts, dried fruit, honey and more for his London customers.

From The Martinez to The Vesper; the evolution of the Martini cocktail

A celebration of the changing tastes of the times with recipes for the classic Martini cocktail.