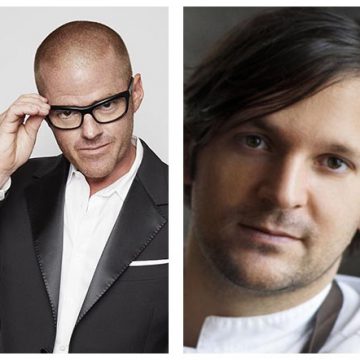 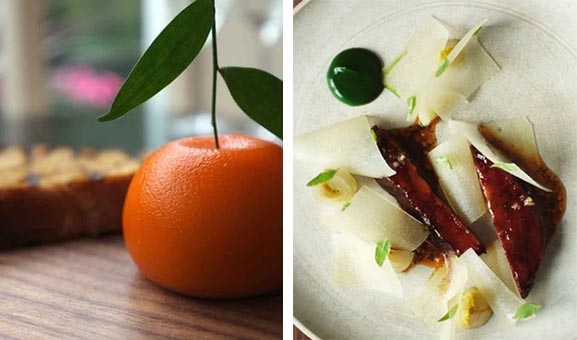 2015 is already set to be a year of culinary excitement, with Heston Blumenthal and Rene Redzepi having announced that their eminent restaurants – The Fat Duck and Noma – will be temporarily moving further afield. FOUR finds out more…

The Fat Duck in Melbourne

After much anticipation – and speculation – the master of molecular cuisine announced last night that he will be shutting down his Fat Duck restaurant temporarily next February. But do not fear! Chef will be reopening it in Melbourne, Australia for six months, at the city’s Crown Casino.

Currently in the village of Bray, South England, The Fat Duck stands tall as a three Michelin star restaurant, having taken the world by storm since opening in 1995 and. Using principles from molecular gastronomy, Heston and his team offer experiential dining, creating dishes to stretch culinary perceptions and experiences.

“I fell in love with [Australia] immediately,”states.“From that very first moment, the idea took root–someday I wanted to have a restaurant there. The restaurant scene is fantastic, the diversity exciting, and the produce incredible, but better than all of that, the people are just great fun. I love how Australian people celebrate good food; there is such a love of everything from coffee shops to gourmet restaurants and everything in between.”

Closing the Fat Duck in February 2015, he will fly with his team to Melbourne to recreate the Fat Duck’s menu, using local produce, but with even more fantastical dishes, claiming that there will be between twelve and eighteen courses to be eaten over four hours, with theatre running throughout.

Located in Melbourne – a city considered to be the rising food capital of Australia – the restaurant will be located on the third floor of the Crown and recruitment for local staff has already begun. Once The Fat Duck comes to the end of its time in Melbourne, will be launching Dinner by Heston Blumenthal – which boasts two Michelin stars in its UK location.

Booking for The Fat Duck is available from September for the February opening.

Two Michelin star restaurant, Noma is moving from its Nordic roots to Tokyo! Chef-patron announced the news this weekend on Twitter, claiming that “restaurant Noma is moving to Japan for two months in the beginning of 2015”.

The Copenhagen-based restaurant rejoices in local produce, reflecting Denmark’s landscape and culture through its visceral food and stunning presentation. With his staff in tow, wrote on Noma’s website that he will be leaving the Nordic ingredients behind, claiming that he plans to “bring [the team’s] mindset and sensibilities to the best of pristine winter produce from all over Japan”.

“Five years ago”, states “ I was invited [to Japan] by chef Murata of the acclaimed Kikunoi and I was awestruck by the riches of Japanese food culture. In some way since that first visit I’ve been secretly planning this temporary relocation”.

The finer details of this ultimate pop-up in Tokyo will be disclosed in June on Noma’s website. So hold tight and keep your ears and eye peeled for more information (we know that we will be doing the same!)

FOUR catches up with Mads Refslund, one of the pioneers of the Nordic food trend in NYC…

Named as a one to watch in the #bestin2015 People’s Choice Award, FOUR catches up with talented chef, Torsten Vildgaard of restaurant STUD!O at The Standard in Copenhagen, Denmark.

No need to fly to the Faroe Islands to experience Poul Andrias Ziskas’ cooking, as this month he will be presenting his artistic creations as guest chef at Restaurant Ikarus at Hangar-7 in Salzburg.