Three of the Best Farm-to-Table Restaurants

From FOUR’s USA Edition, we give you 3 of the best USA-based farm-to-table restaurants…

THE RESTAURANT AT MEADOWOOD, NAPA VALLEY

At his three-Michelin-starred restaurant in Napa Valley, chef Christopher Kostow weaves his contemporary French style with his aptitude forrecreating his guests’ fondest food memories and his love for farm-to-table culinary traditions. Expect creative dishes, which focus on thepurity of the fl avor of each ingredient, such as olive oil ice cream with Spanish mackerel cured in citrus, and ingredients from local farmers,gardeners, ranchers and foraged fare gathered by Christopher and his team from the beautiful woodlands that surround Meadowood.

Having just released his latest farm-focused book (featured opposite)chef Dan Barber is a true pioneer of the farm-to-fork movement in theUS. At his restaurant, Blue Hill at Stone Barns, there are no menus -instead, guests are offered a multi-course farmers’ feast featuring thebest offerings from the fi eld and market.

Find out more about FOUR’s USAEdition. 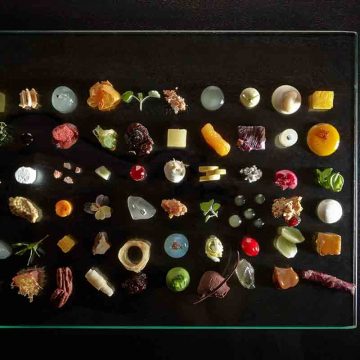 Simon Rogan is the British chef behind two Michelin-starred restaurant, L’Enclume in Cartmel in northwest England and the one-Michelin-starred Fera at Claridges in London. A farm-owner and keen forager, Simon’s affinity with nature stems from his quest for the perfect ingredient.

Get your hands on these inspirational books this summer, from FOUR’s USA Edition…