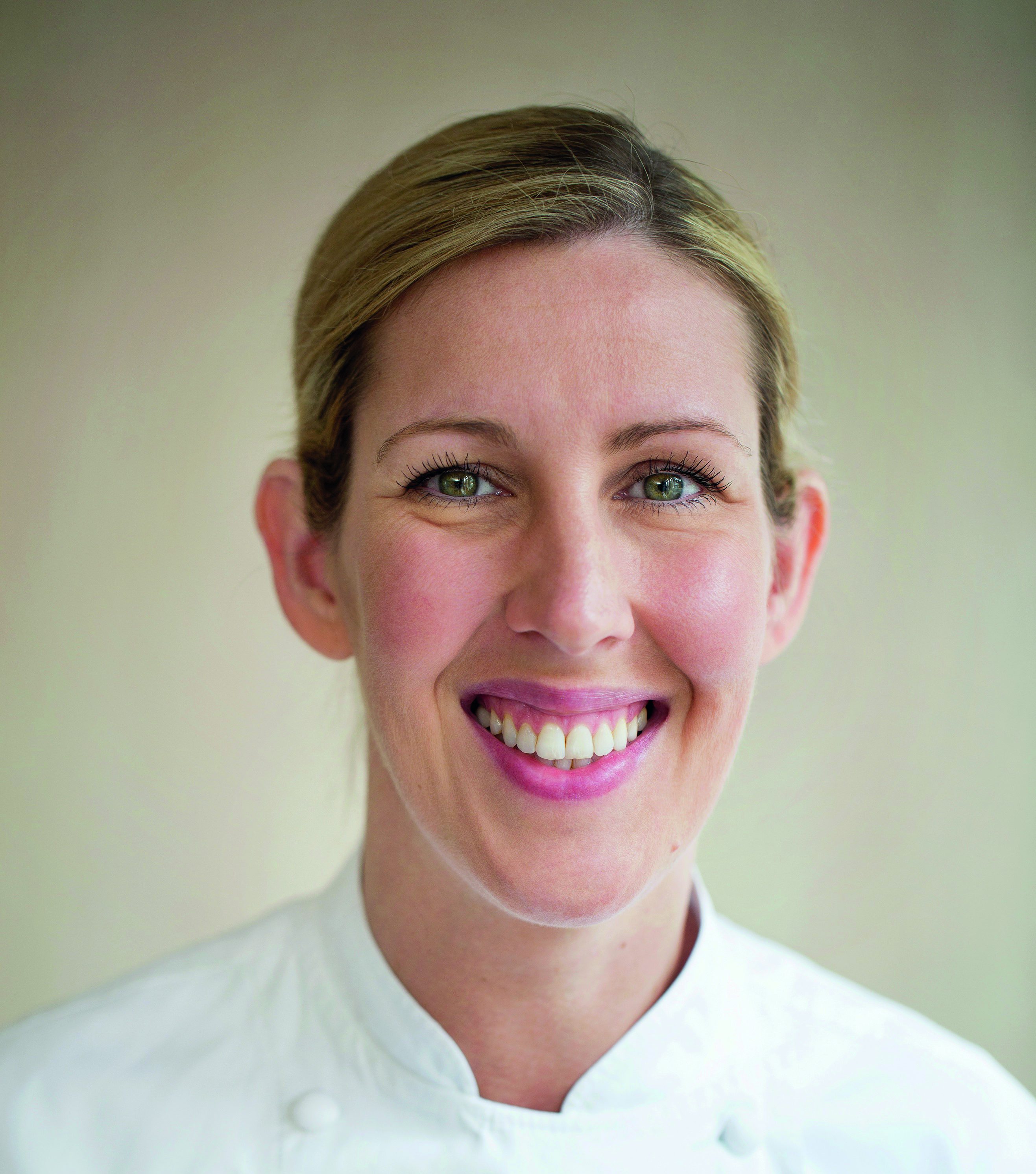 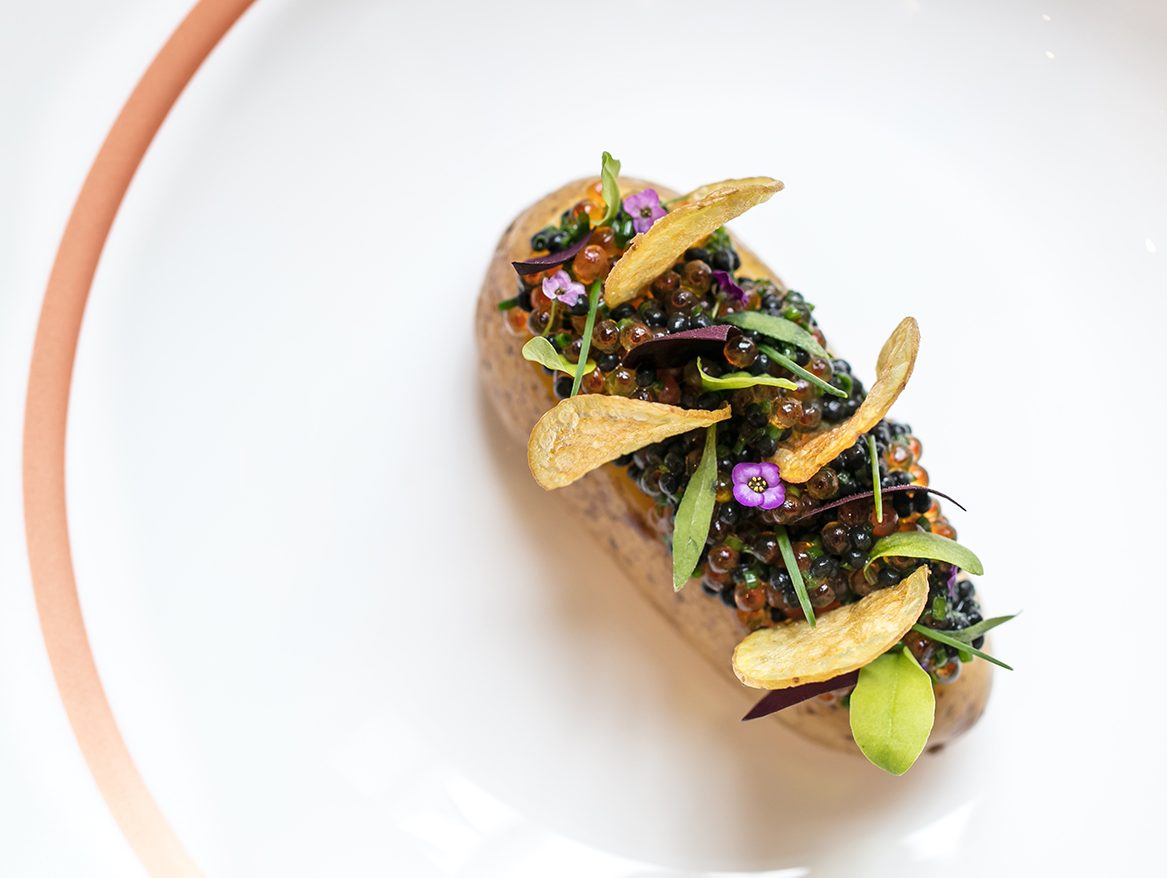 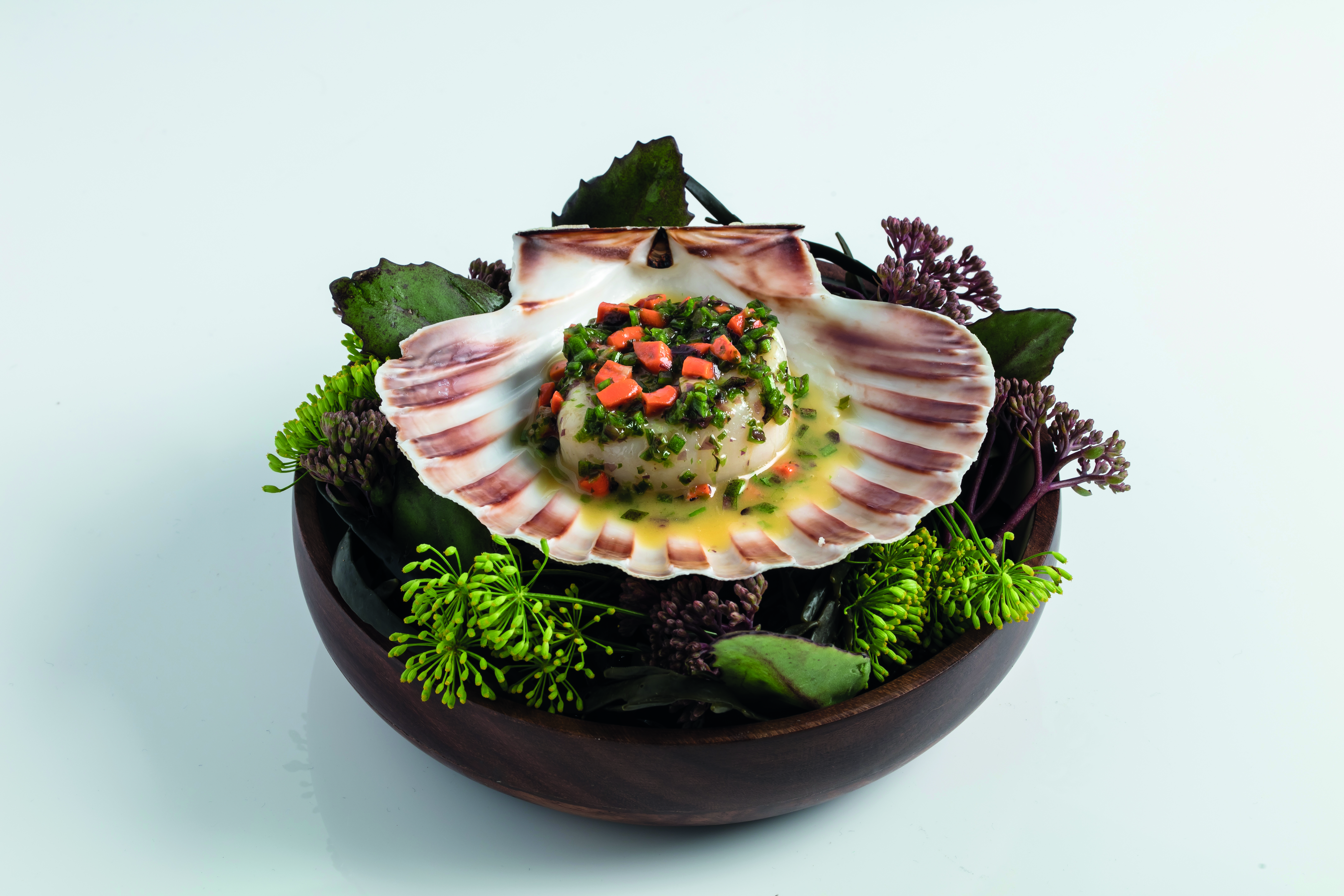 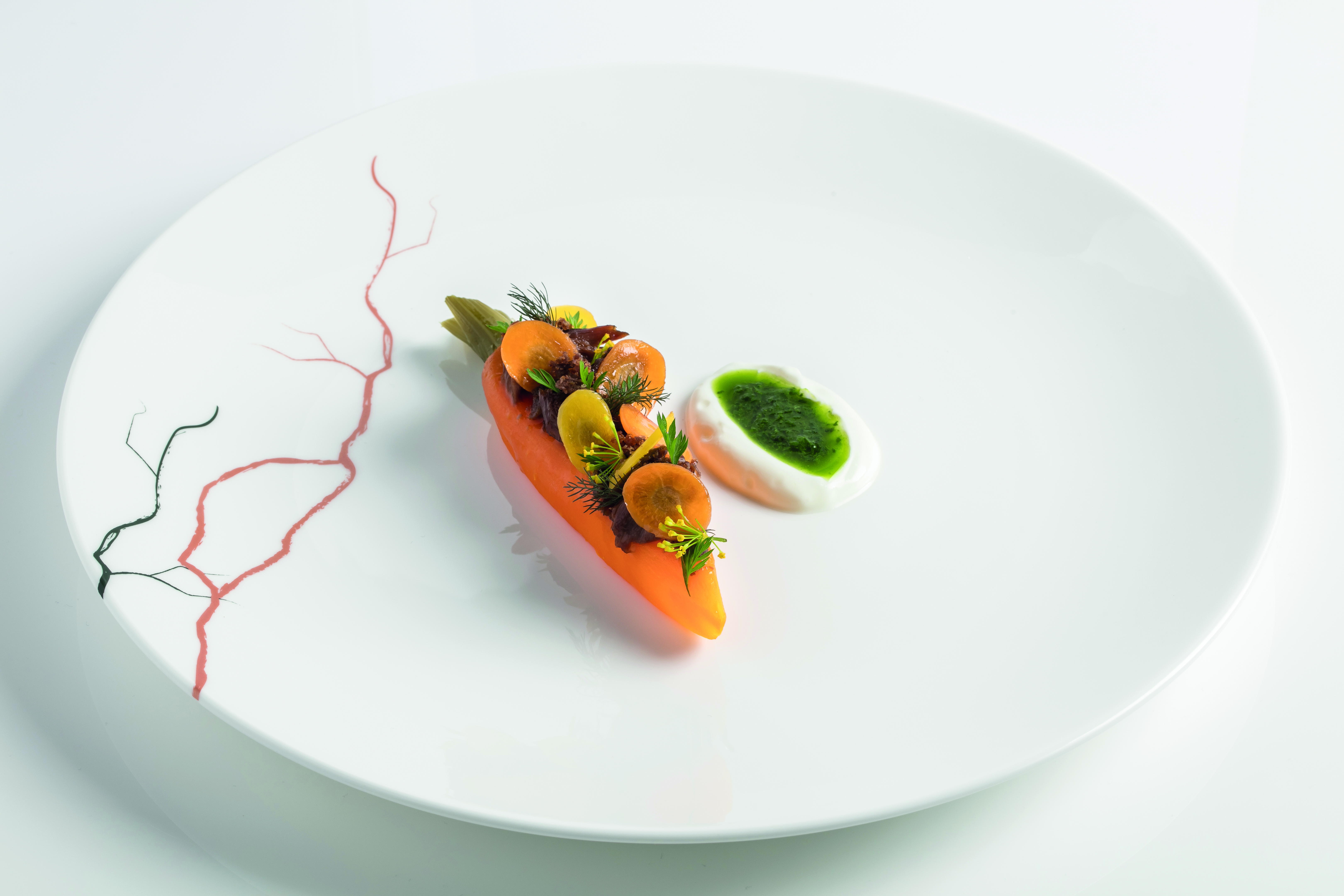 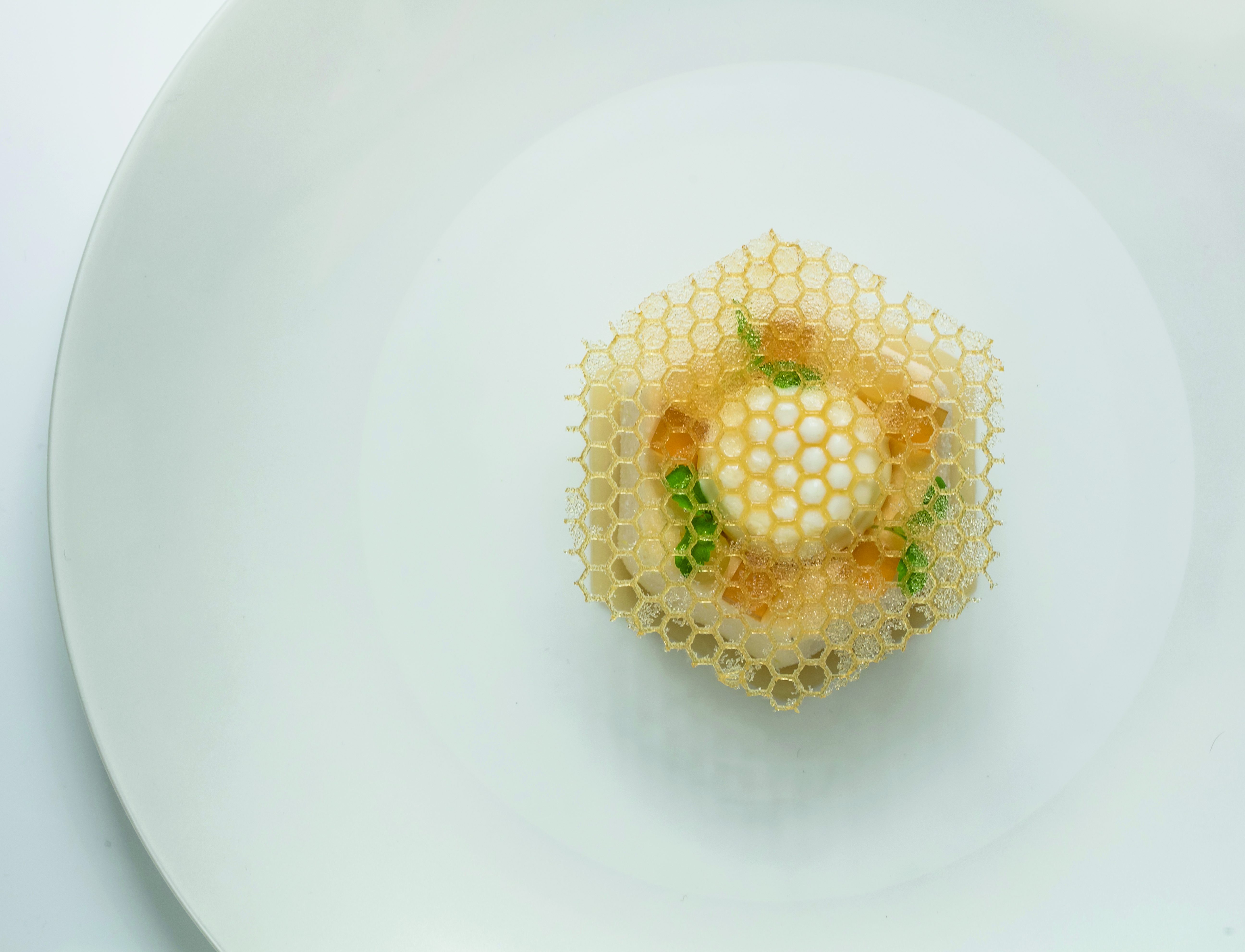 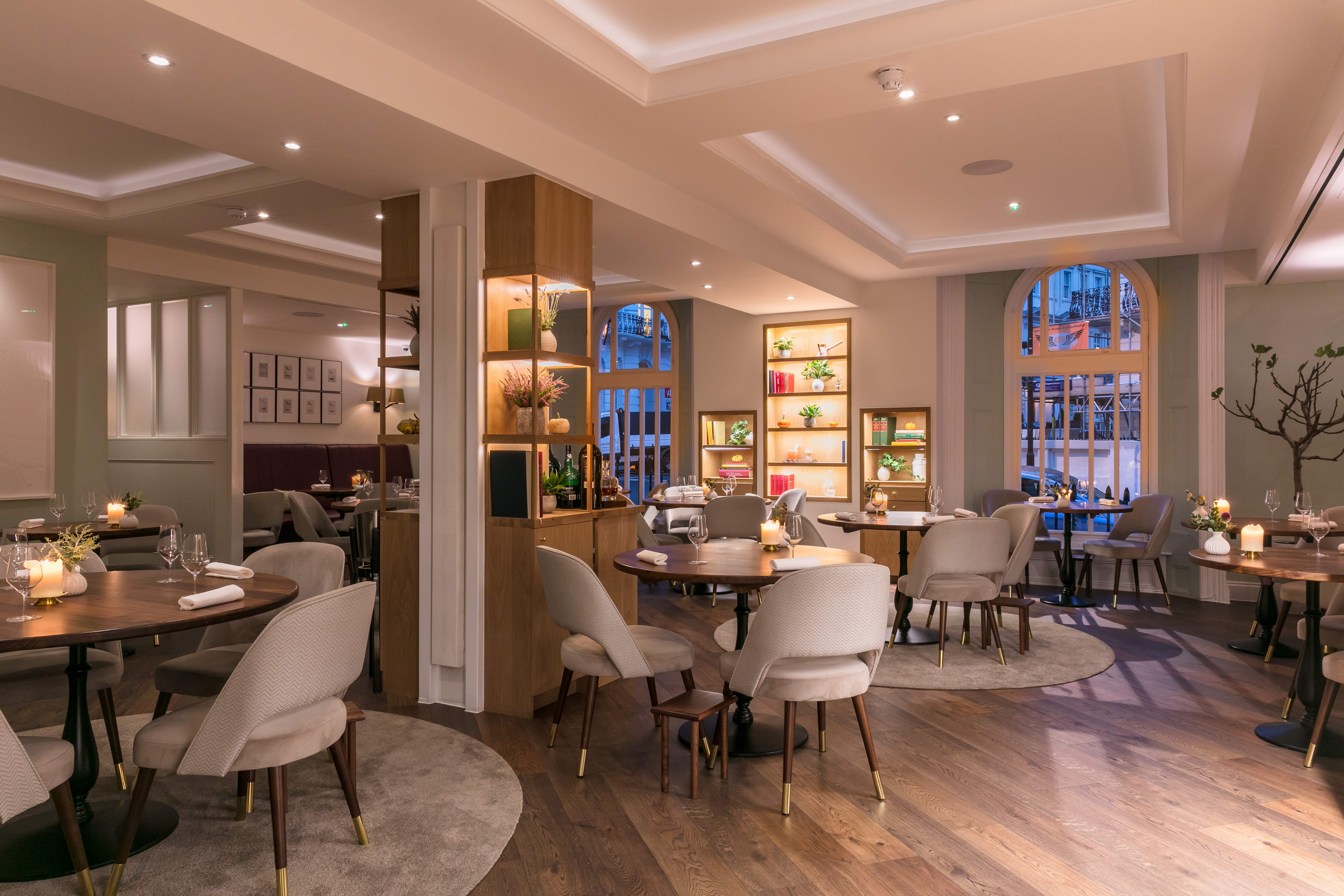 The Sum and Substance | Clare Smyth

Having spent years honing in her culinary skills, Clare Smyth went back to basics when she opened up her first solo venture, Core. With her focus firmly set on creating informal luxury, this chef shows how hard work pays off.

“I just really wanted to refocus on everything I had learned and done in my career so far, so everything came back to the core or the root of everything. It, therefore, seemed so right to call the restaurant that and it really puts the focus back on the core ingredients, the team.”

Having spent more than eight years at Gordon Ramsay’s three-Michelin-star flagship in London, this was the turning point for Clare Smyth as she embarked on her first solo project back in 2015.

Three years later and Core has gone from strength to strength under the dedicated and humble attitude of Smyth.

“It was absolutely the right time to do it. You establish and build the personality and ethos that you want to channel, and now the restaurant is 9-months old, it’s really developing its own character.”

During her time at Gordon Ramsey’s restaurant, Smyth became the first and only female chef to run a three-star restaurant in the UK and quickly developed an international name for herself. She worked hard to carve out a successful career and proves that this is really what pays off in the kitchen.

“I worked with some brilliant people and focused on working with the chefs that I really admired or wanted to follow. I didn’t really have any issues at all in terms of being a woman, in fact, quite the opposite because I was often the only female in the kitchen and I worked so hard. I often find that when someone works hard and does a good job people want you to be a part of their team – regardless of whether they are male or female”

At Core, Clare has stayed true to this ethos and has chosen to focus on what remains close to her heart, as well as the fundamental parts of dining – great tasting food and a great atmosphere. Therefore, the menu is comprised of organic and seasonal UK produce, inspired by her childhood growing up on a farm in County Antrim.

“Growing up on a farm, I have always been very close to nature and I’m really inspired by ingredients, the seasons and have a real connection to nature. But I have also spent 15-years of my life working in 3 Michelin starred-kitchens, so I am quite technique-driven and very precise.”

With this weighty combination of creativity and meticulous execution, Clare has already created a dedicated audience of returning customers who have supported her journey at Core.

“The good old-fashioned art of hospitality is always something that I think creates a successful venture. This can quite often be forgotten and chefs can get carried away with what they are cooking, you know, they cook for themselves and not for people but no one knows more than the customer.”

Aside from a loyal fan base, in less than a year since opening, the restaurant has already received numerous accolades, with Clare herself having been crowned as the World’s Best Female Chef for 2018 by The World’s 50 Best Restaurants.

“The award was completely unexpected but obviously a nice call to receive. I felt very privileged that people had voted for me to win that award.”

“I have had lots of achievements in my previous roles but the thing I have found most humbling has been the support I have received since opening Core. That has been something that has really touched me, and to see that people actually want to come and that we have regulars, has been the ultimate compliment.”

With quality and integrity being at the heart of Core’s ethos, Clare has found that produce and teamwork are both paramount to the successful running of the restaurant. Her approach to sourcing the best of British produce has encouraged the championing of heritage ingredients such as the forced rhubarb and type of spelt grain that has been around for 5,000-years, on the menu.

“This is something essential at Core – to keep that sense of Britishness within the produce, so a lot of our ingredients will be from the region. We really try to celebrate what we have on our doorstep. For example, forced rhubarb. Everyone knows forced rhubarb but they don’t actually really know how cool forced rhubarb is, the history behind it or where it came from.

“It was actually developed in the Psychic Garden in Chelsea, so is actually a British thing and takes 3 years to grow. If you understand the story behind it, it makes eating our rhubarb and custard dish a whole new experience.”

Equally, the team plays an integral part in the quality of a dining experience and this is something that continues to grow and evolve at Core.

“When you open a restaurant it takes so long to train and work with people so that they want to buy into the DNA. So, the growth of the team has really been the true evolution of CORE.”

“When you open something it’s all brand new, whereas I had just come from something that had been open for 18 years and it all ran smoothly, so it was a completely different ballgame.”

“You are only as good as your team, so I think it’s probably the most important aspect of the restaurant. A strong team allows you to develop strength and depth, which gives you the consistency and the honesty that is required for it to become a success.”

Creating what Clare calls the ‘enjoyability factor’ is what continues to set her apart from a lot of traditional gourmet chefs. Clare wants people to have a genuinely great time, avoiding all the pretention of classic haute cuisine.

“I want people to feel like they have had a great time when they leave, so that they want to come back.”

“I eat out a lot myself and have done many times over the years, so this is a fundamental idea that I think is important when going to a restaurant. I try to think about all the great experiences I have had in my life and combine these with what I want to create at Core.”

“I think it’s the little details that often make a big difference in the dining experience, and often this has nothing to do with how many Michelin Stars or accolades you have.”

“Enjoyability is the main factor because we can always go to restaurants that are highly rated in many guides and not have a great time. So, it’s more than the food on the plate and the services: it’s the whole package – you want people to have fun when they go out and feel that they can really relax and enjoy themselves.”

Although cool and calm on the surface, you can feel that Clare is undeniably caring and considerate about her work. Her unwavering focus is not just to create a successful venture but also to grow a family at Core that reflects her as a person.

“I think the way forward in fine dining is this idea of ‘informal luxury’. For me, this is the ultimate form of luxury because if you can be a luxurious environment where everything can be the best in terms of food, interiors, silver service etc. but maintains a casual atmosphere then this is what is really enjoyable.”

“I think this informal factor has become increasingly popular due to the accumulation of bad experiences that people have had over the years, as a result of the pretentiousness that is associated with fine dining. People have been told what to do, eat and wear, while chefs rest on their laurels. I think that if you are spending a lot of money for a good time, you shouldn’t be looked down on or be made to feel intimidated – it’s just disappointing.”

To avoid this, the food has been carefully curated in order to reflect this human element of gastronomy and it speaks volumes about the type of stories she wants to portray, like the reference to her childhood in the seaweed, cooked potato, herring and trout roe dish.

“Potato and Roe is our signature dish and it’s something that we think has a great story. Not only do the potatoes come from a grower that I have been working with for about 15 years but also it’s inspired by my childhood.” Clare recalls, “my family has one of the biggest potato farms in Northern Ireland, so I grew up eating potatoes every single day but it was also by the coast – hence the roe. It is an expression of where I am from.”

“We take a product and try to tell the story of that product and this is where the process begins. It’s so lovely to get the stories about the ingredients and share them with our guests. It just the whole ethos really – getting back to the core.“

There is no question that it’s Clare’s dedication and hard work that have attributed to her success and that being a chef is no fairytale. She has been fine-tuning her culinary skills since the age of 16 and truly believes that it is a chef’s responsibility to learn how to do things properly and sustainably.

“It’s really important to learn your craft well because talent only goes so far. Ultimately, you need to have a good toolbox to help you go the full way.”

Clare remarks, “there are a lot more women in the industry now and at top levels. I really feel that both front and back of house are witnessing a rise in female presence and that’s very encouraging. But, to be honest, I think that the Best Female Chef award isn’t really about me, it’s about all the females in the industry. It’s a way of using my career to say, ‘right, let’s make sure that all females are supported in order to break through into the industry’.

“Eventually, we won’t need these awards because it will be commonplace that young women are at the top. It is happening but we just need to make sure we keep encouraging women in the industry and push for that final step.”