The Savoy, which is in its 124th illustrious year, announced yesterday what could be one of the most exciting restaurant launches this year: the opening ofKaspar’s Seafood Bar and Grillon Thursday 2ndMay 2013.

Located in the heart of London with panoramic views of the River Thames and London landmarks,Kaspar’s Seafood Bar and Grillwill offer informal yet luxury dining, presented in an elegant Twenties-style setting.

Taking centre stage of the paradise-blue restaurant is an oyster bar, as well as a beautiful display of shellfish, cured and smoked fish to whet the appetite.

On the menu, created by Head chef James Pare is a selection of cured and smoked fish, grills, salads and desserts.

The art deco inspired restaurant is designed by Robert Angell Design Studio, using a Twenties and Thirties template in keeping with The Savoy’s history. Robert Angell worked with David Collins as Creative Director for 15 years before branching out on his own in 2010 to specialise in luxury interior design. Impressive previous projects include Lime Wood, Pierre Koffmann at Wilton Place, The Connaught, The Berkeley and The Wolseley.

With stunning views across the River Thames, the fish bar will add an element of theatre to the room with its oyster shell bar, two Murano glass columns, bespoke pendant light feature, brass railings, art deco mirrors and a silver leafed ceiling, along with the marble bar flooring.

The vibrant new design, whilst creating a luxury, relaxing and much sought after dining environment, will evoke The Savoy’s rich and glamorous past. Kasper, the three foot high cat which will feature at the restaurants for guests to admire, was sculpted in 1926 by British Basil Ionides to stave off bad luck, following the death of South African diamond magnate Woolf Joel in 1898. The story has it that Joel held a dinner at The Savoy for fourteen guests and one cancelled at the last minute. The dinner continued, but one superstitious guest announced that death would come to the first person to leave the unlucky table of thirteen. Joel took that gamble and a few weeks later he was shot dead in Johannesburg. To avoid a repeat performance and damaging its reputation, The Savoy offered a member of staff to sit amongst tables of thirteen thereafter. Unable to discuss private matters or feel at ease, this proved to be unpopular with guests and thus, in a stroke of genius, Kaspar was born.

The Savoy has played host to royalty, world leaders and legends of the stage and screen and

Kaspar has also been name-dropped with famous political leader, Winston Churchill, who adored the cat so much that he insisted it join him with his The Other Club meetings, a political dining club Churchill founded in 1911.

Kaspar’s Seafood Bar and Grillwill be an all-day dining affair, serving a wide and luxurious range of food, seven days a week. 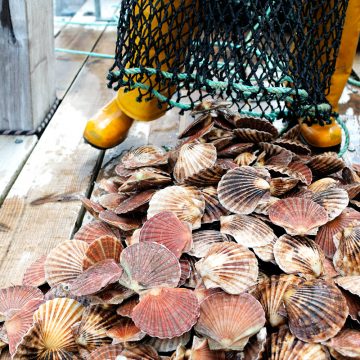 Fresh seafood is always guaranteed to please, especially with this tasty recipe from Hotel Cafe Royal, London. Give it a try and enjoy…

What do you get when you team up gourmet Japanese dining with a top luxury retreat? The answer is ZUMA at Idle Rocks in Cornwall for one weekend only this August.