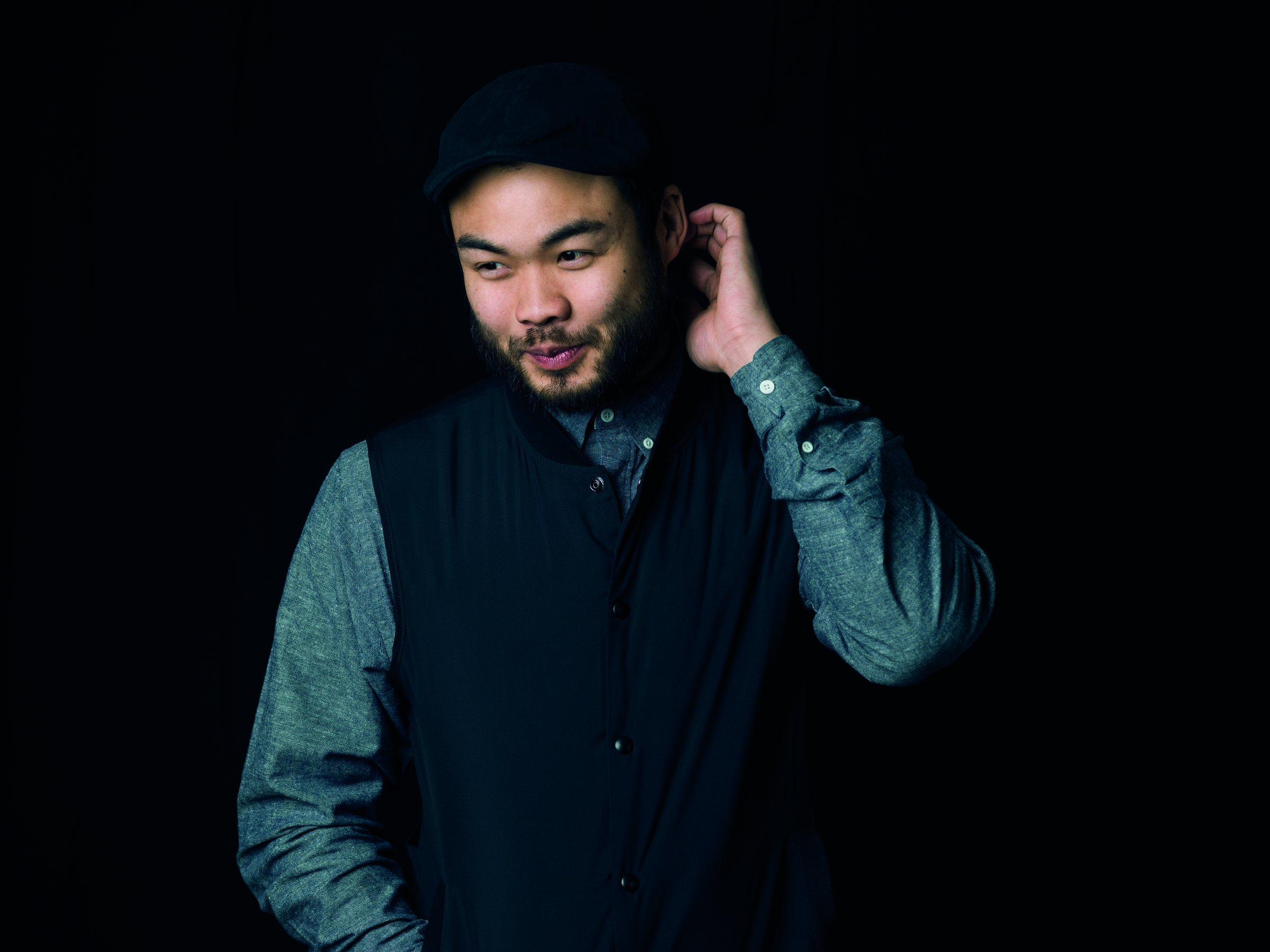 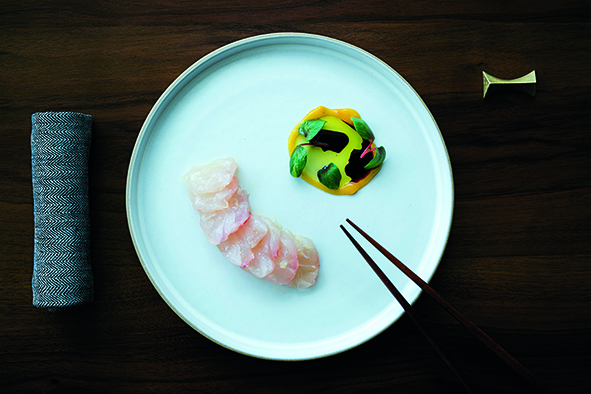 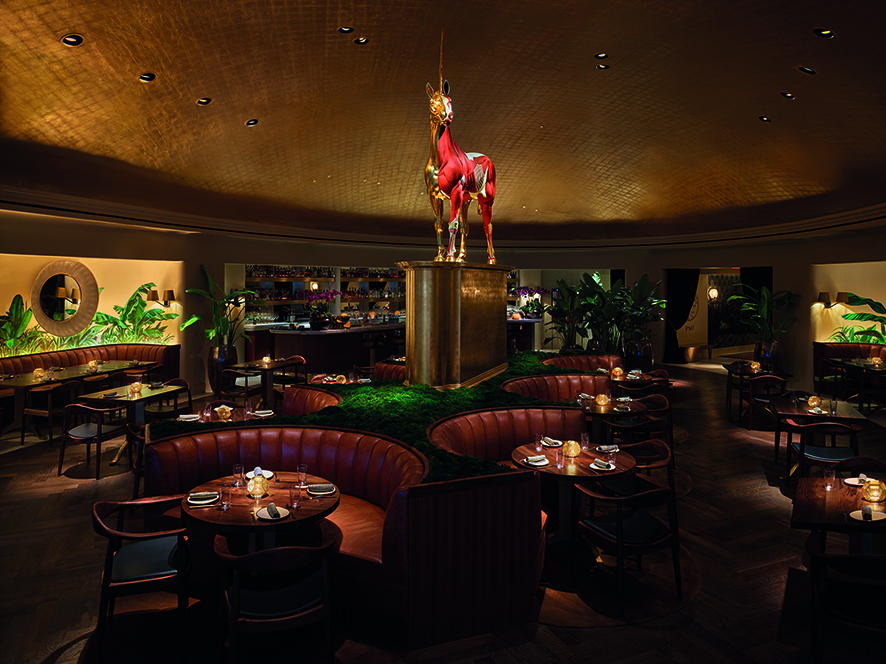 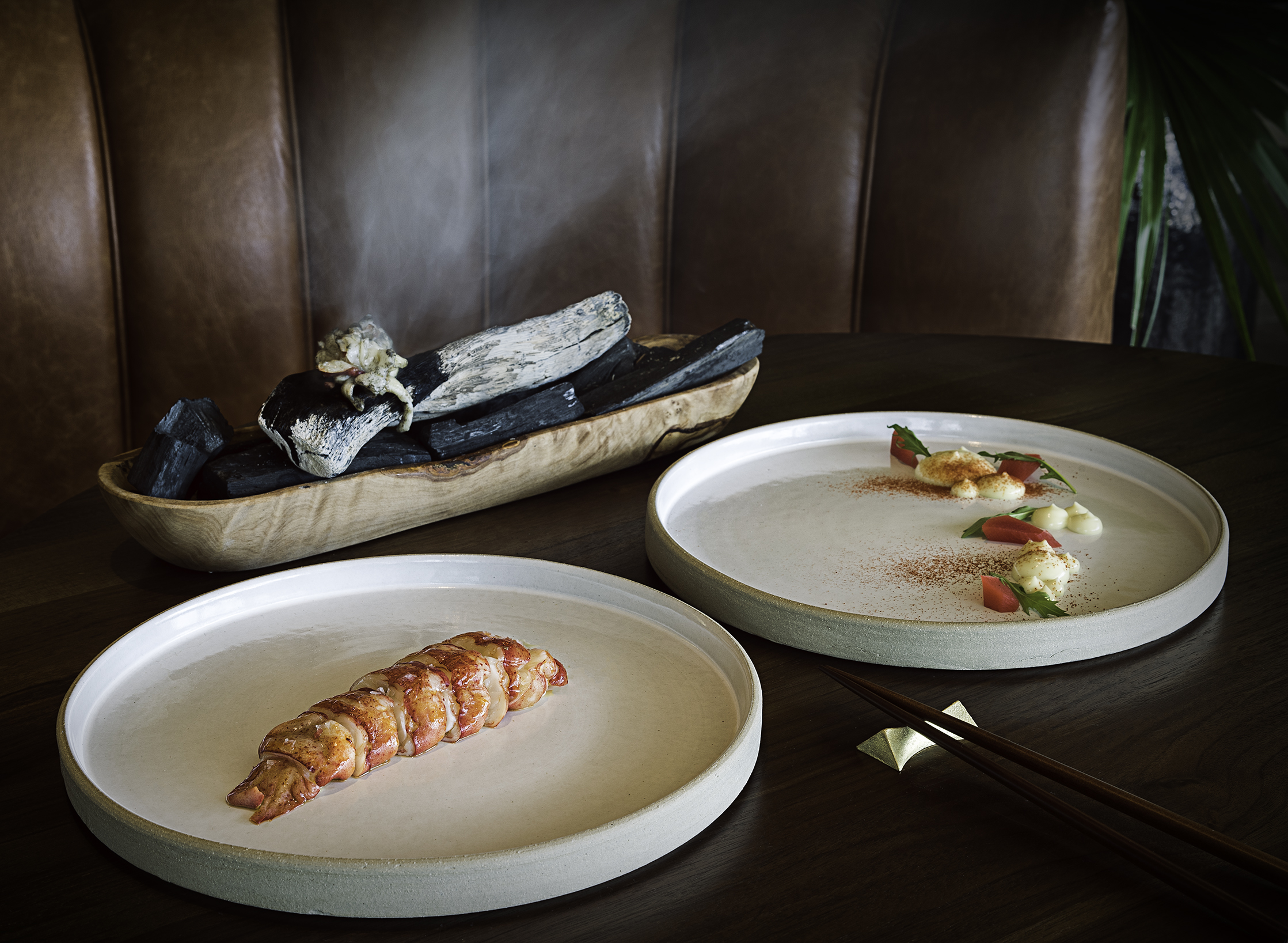 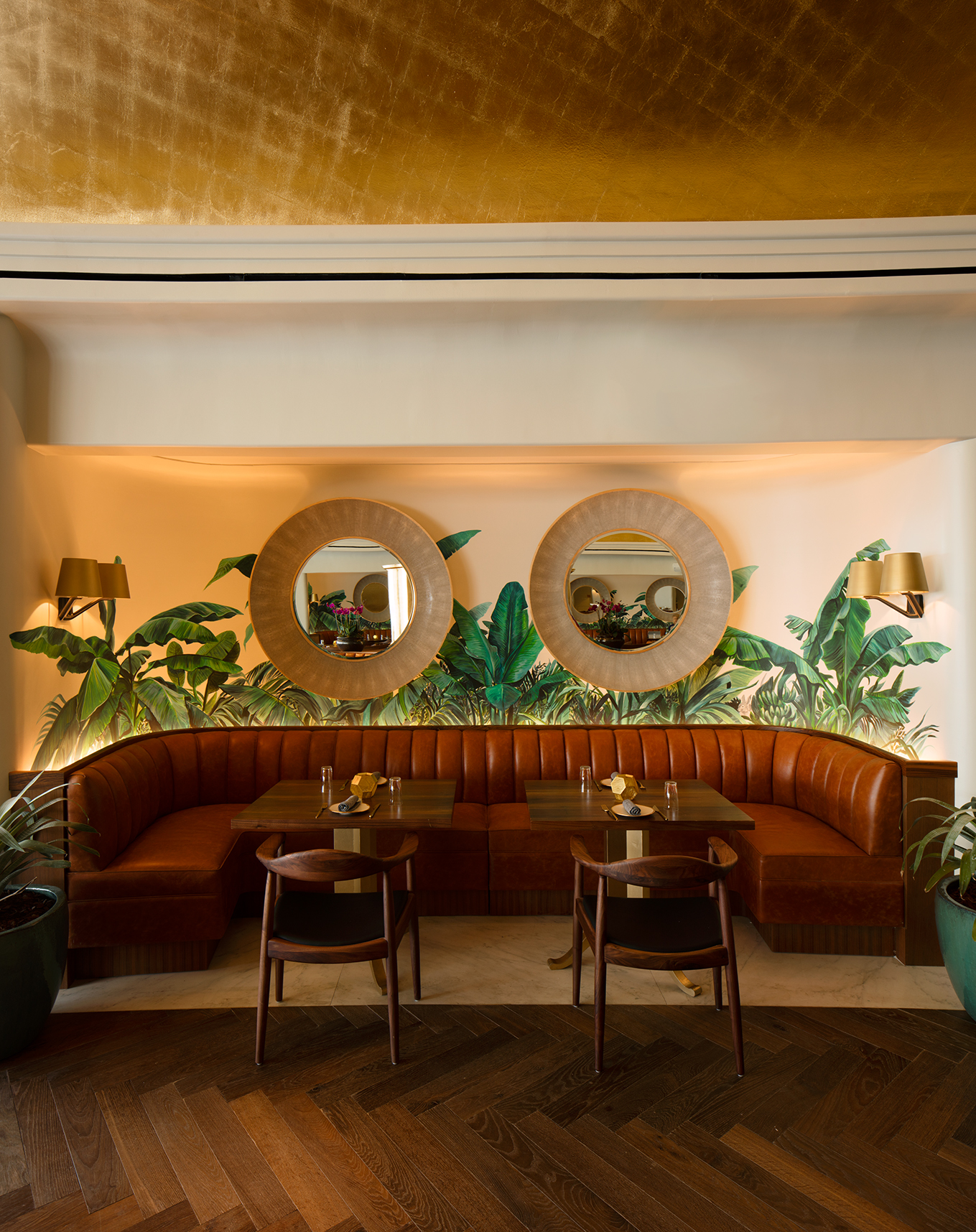 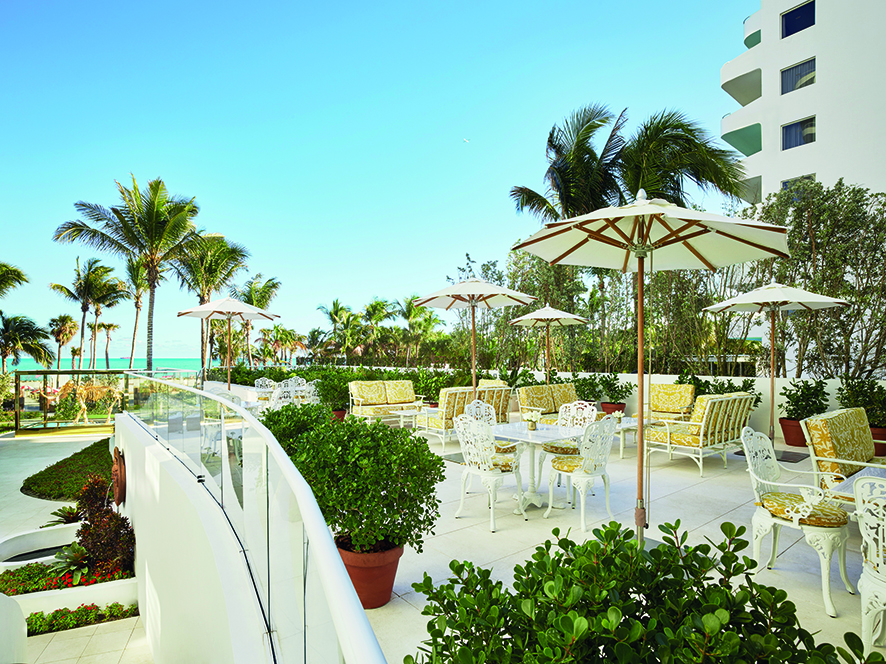 FOUR first heard about Paul Qui about five years when we won the James Beard award for the Best Chef: Southwest. Though he was somewhat of a US household name the year before that when he won Season 9 of Bravo’s hit TV show Top Chef. Born in 1980, Chef Qui has already reached some phenomenal pinnacles in his carrier and it is not common for someone of that age to be respected and acclaimed by some US’s top chefs, let alone for his name to make it across the Atlantic. Chef Qui is a part of the new generation of chefs like Sean Brock, Joshua Skenes & Ignacio Mattos who are carrying the US flag into the future with their easy, laid back, sharing concepts, while using modern techniques and forward thinking in order to achieve exquisite food. Though Chef Qui was born in Manila, Philippines, he was raised in Austin since a young age, where he also completed his culinary training at Le Cordon Bleu. All of these influences are clearly noticeable while eating his food for the first time at his Miami restaurant, Pao. The culinary journey took me through the Philippines, Japan and the Southwest. You may ask, what does Japan have to do with anything, well Chef Qui worked under the wing of Chef Tyson Cole where he became the Executive Chef at Uchiko, a Japanese restaurant in Austin, before he actually won Top Chef.

Pao is Chef Qui’s first venture out of Austin and he couldn’t have chosen more beautiful, idyllic & opulent spot than being the core F&B focus outlet at what is Miami’s best hotel on South Beach, Faena. Alan Faena, the businessman and artist behind the visionary, extravagant and no money spared Faena hotels clearly had a vision for Faena Miami, he associated himself to some of the world’s best architects, interior designers and artists, names like Norman Foster, Philippe Stark, Baz Luhrmann , Catherine Martin & Damien Hirst. Therefore, the $550 million revival of the Saxoy Hotel could only be home to some likewise visionary chefs. Step in the legendary Argentinian chef Francis Mallmann & the young and super talented Paul Qui, a perfect balance between experience and a modern approach to food.

Pao, is located in The Dome space of the hotel, which is avant-garde in its design, a highly modern sphere with ocean views overlooking the courtyard of the hotel. The interior of the restaurant features gold leaf walls and a patterned gold leaf design on the ceiling of the dome, while the floors feature a herringbone wood pattern surrounded by white marble. A Carrara marble bar with mirrored back shelves is another focal point of the room, offering ample space for guests to gather or dine. One of the most striking elements of the interior is Damien Hirst’s Golden Myth, a painted bronze and gold-leaf unicorn sculpture located at the center of the restaurant, providing contrast to the sleek space are organic materials and natural elements— including walnut wood tables, dark brown leather banquettes and midcentury style chairs with black leather seats.

Chef Qui’s culinary philosophy is centered around culture and learning about people. Where he is from, where he has eaten, and where he cooked cooked has shaped him as a cook and a chef.  He likes to find the similarities in each culture and bring different people together with food. His menu showcases exceptional flavor combinations and ingredients, including an extensive crudo menu, small plates, as well as large plates and sides. In executing the menu, Chef Qui utilizes a number of cooking techniques including smoke and charcoal cooking for the restaurant’s binchotan service, where dishes are seared tableside on Japanese charcoal. I had the pleasure of eating about 10 different plates, basically all of Pao’s signature and most loved dishes, accompanied with a great variation sake, local and foreign wines. The tuna belly crudo melts in your mouth, the branzino is cooked in traditional Filipino spices, made with garlic, chili, lemongrass and shrimp paste. This perfectly seasoned whole fish is served over a bed of garlic- ginger rice and garnished with cilantro and lightly sautéed peppers, but the dishes that stood out the most for me was the smoked rib asado, which I was told by several waiters at Pao, was voted the best dish in Miami by Brickell Magazine, I mean wouldn’t go as far as confirming that but it definitely is a great dish and leaves a lasting impression. The other was the appropriately named ‘Unicorn’, as the stars of this dish are exactly those, uni & corn, a well-balanced sweet, spicy & elegant combination.

All in all I only I truly believe the Faena as a whole with Los Feugos, Chef Mallmann’s restaurant and their really cool bars, The Living Room & Saxony Bar and let’s not forget their highly acclaimed cabaret performances at the Faena Theater, is the number one hotspot to stay and eat in Miami.