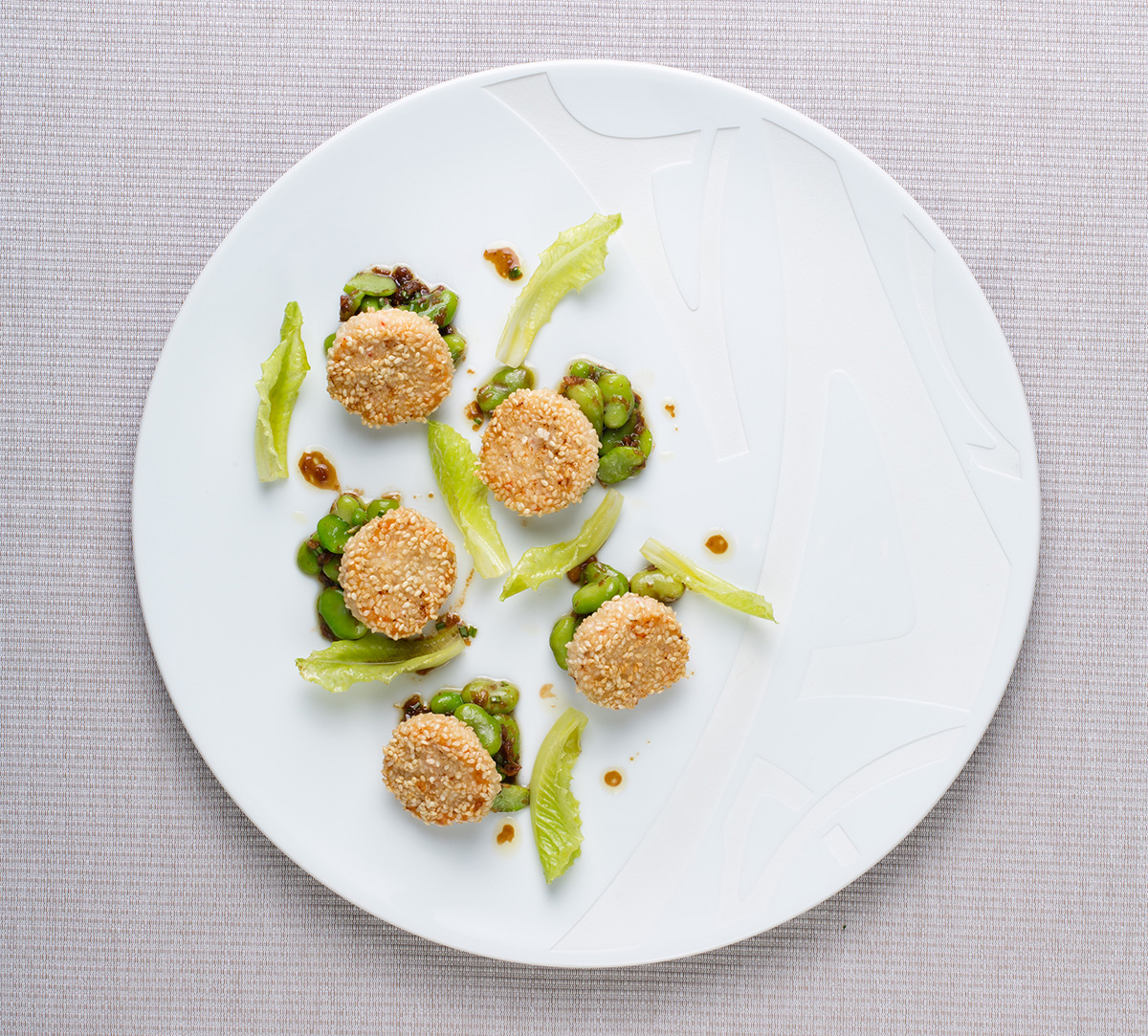 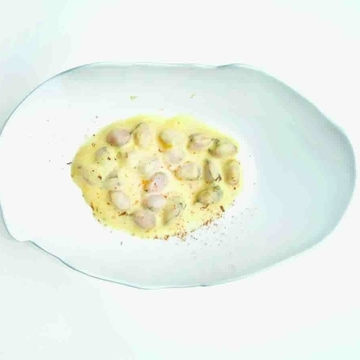 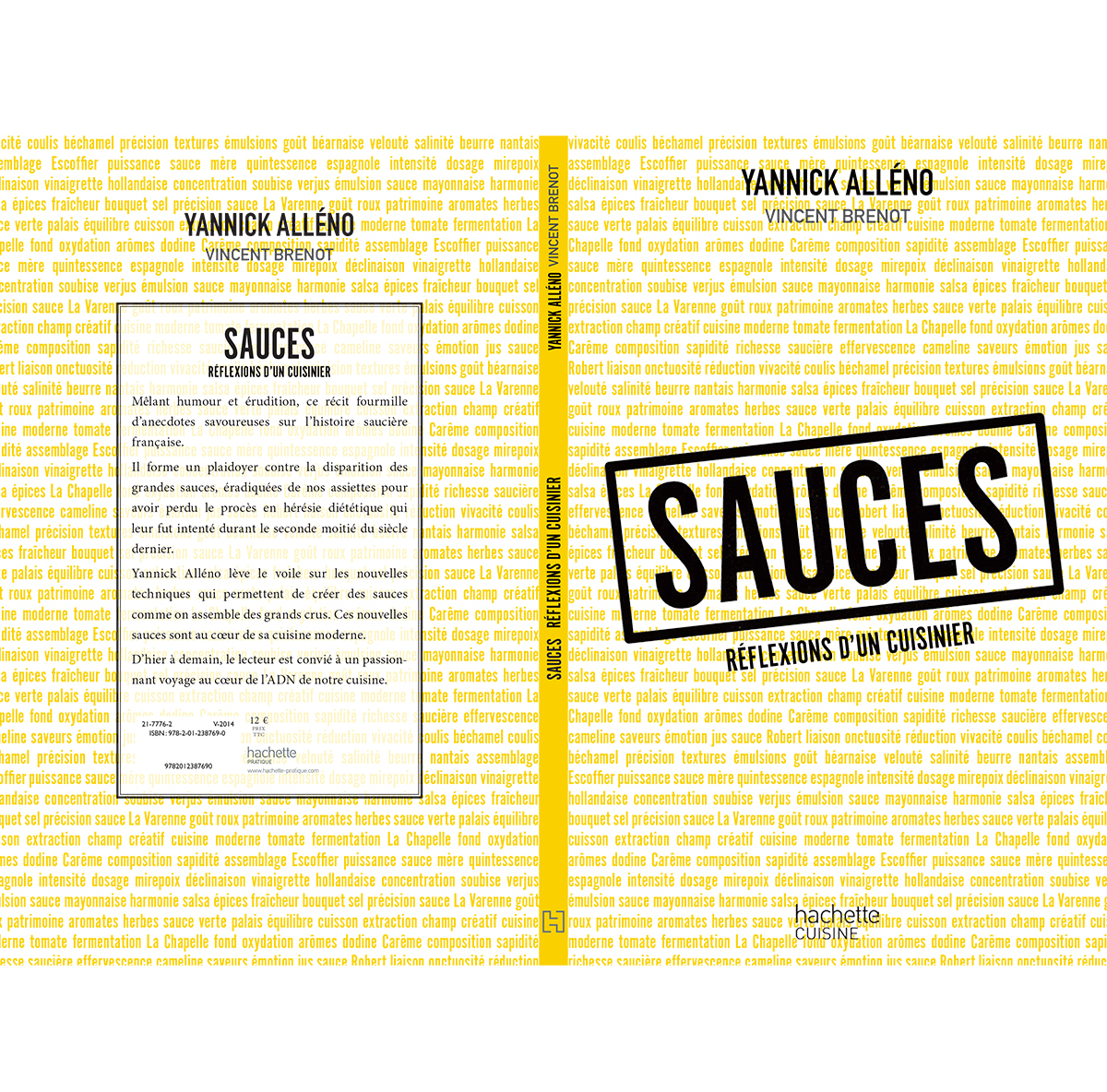 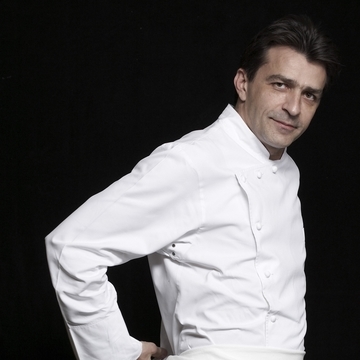 Tall, dark and unbelievably talented, Yannick Alléno is a three Michelin star chef, and a force to be reckoned with. Sophie Cater meets him to discuss what his showering of stars and awards and his Alléno Empire has culminated in…

It was breakfast at The London Edition Hotel and exuding a serene nobility in amongst the higher echelons of London’s societywas Yannick Alléno. Royalty in amongst the exclusive circle of the world’s greatest chefs, Chef Alléno has reason to stand tall. He is at the helm of over a dozen restaurants that form Le Groupe Alléno, and bearer of a never-ending stream of accolades, including a culmination of five Michelin stars.

Alléno’s name has been popping up in recent culinary news, giving us snapshots of him embarking on yet another venture. So far this year he has launched a pop-up in L’orient Express, Paris, partnered with Champagne giants Moët & Chandon to create Le & restaurant, launched a book entitled “Sauces : Réfléxions d’un Cuisinier”, and has received the title of ‘Best Author & Chef’ by the Gourmand Awards.

Stretching his skills and time between so many different endeavours, I admit that I expected Chef Alléno to be the bearer of great bags, encasing his wisdom tiredly. Instead, I met a man with an abundance of passion, drive and energy, and a serene smile that would be enough to make anybodyswoon.

“Since I was eight I wanted to do this job”, Chef Alléno told me. “I think I was blessed with something. My parents owned bistros in the outskirts of Paris, so I was brought up in quite a culinary-rich environment.” Following his parents’ path, Yannick holds his two Terroir Parisien restaurants in Paris close to his heart, showcasing his dominance of traditional cuisine on whichhe bases his illustrious Nouvelle Cuisine.

While the likes of two Michelin star 1947, Le Cheval Blanc in Courchevel demonstrateshis passion for experiential, modern cuisine, his other restaurants validate the flexibility of his culinary skills and knowledge. “S.T.A.Y is a restaurant that is inspired by travelling,”he explains while brushing off the irony. “La Grande Table Marocaine, at the Hotel Royal Manour, is a culmination of 5 years’ work.” Aiming for the acknowledgement of Moroccan food as part of the world’s haute cuisine, his three Marrakesh-based restaurants are now part of the Grand Tables du Monde thanks to rigorous research and respect for the country’s diverse native cuisines.

Research and respect are at the forefront of Yannick’s conceptualisation and the successfulfruition of his restaurants. Starting with an idea, he builds teams around a respective theme and cuisine, researching how best to convey what he wants with precision and flair. Describing the process behind 1947, Le Cheval Blanc he tells me that he wanted a restaurant where everyone’s energy – the guests, the waiters, the sommelier – were present. You enter through a “decompression chamber” to rid yourself of any burden before eating and experiencing the subsequent culinary journey. Pushing the boundaries, he created a meal sequence that was apart from the norm; “we ask the guests to choose their main meal according to what we’ve got in the kitchen and depending onwhat they like, and then we build the menu with them, pointing them in the right direction. I want to give guests unique tastes and experiences that they’ve never had the opportunity to have.”

Aiming to delve into traditional ideas and culinary techniques, and manipulate them to create new results, Yannick seems slightly obsessed with one particular topic throughout our meeting: sauces. It is no wonder, considering it has been a point of laborious research for the last two years, culminating in a book dedicated precisely to making extraordinary sauces. Enlightened by his findings, he tells me that he thinks that “a sauce is really the only thing that allows ingredients to be united on a plate. Working without sauces has led many to create one-dimensional dishes with single products.” Yannick is reinventing this monotonous tradition and bringing back the sauce in all its glory into the modern gastronomic world.

“I was brought up with the ideas of doing things well, with respect for what we had”, Yannick says explaining how he became so embroiled with making the perfect sauce. Thinking outside the norm, he embarked on a road of temperature-controlled extraction and reduction to bring out unique flavours that would form the basis ofhis dishes. Add a little fermentation, and Yannick has me on the edge of my seat, drooling slightly as he describes one of his recent dishes: “earlier this year we served a three-staged dish with a consommé of corn on a reduced duck extraction, on a bed of duck fat and celery. It was wonderful!”

So what is the redeeming culinary philosophy of a chef who has his fingers in so many exquisite pies? Of course. “It’s important to know traditional cuisine, but it’s vital to veer away from it. You need culture to make a dish, but with the work that we’re doing we’re going in the opposite direction. We look at things from a different perspective. We’ve found so much potential, and we’re not even nearly reaching it.” Modesty, I assure you is a sign of brilliant nobility.

Read more about Yannick’s career on his , and find out more about “Sauces : Réfléxions d’un Cuisinier” here.

Michelin-star chef Yannick Alléno and his team showcase Moroccan cuisine at Royal Mansour Marrakech, basing his menu on traditional Moroccan dishes and ingredients while enhancing them with an innovative contemporary twist.

Finding a natural partnership between the finest quality coffee and culinary excellence, Nespresso Grand Cru has been working with the Club of the World Best Sommeliers and Yannick Alléno at Epernay, highlighting and develop the fact that great coffee forms the natural conclusion to an exceptional dining experience….