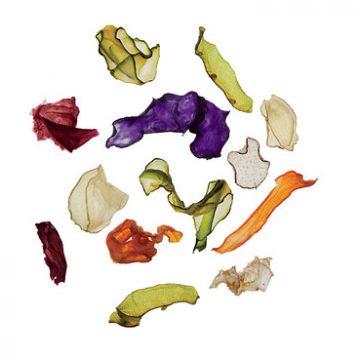 The Master of Milan

Manuela Tomasini speaks to Carlo Cracco – Milan’s most creative chef – about his career to date, his views on Italian cuisine and the art of subtraction.

Born in Vicenza but adopted by Milan, Carlo Cracco was led to Italy’s second city afteran intensive, unique career path that began in local restaurant Da Remo – and took flight with the Master chef of Modern Italian cuisine, Gualtiero Marchesi – only to be enriched by time with French luminaries Alain Ducasse and Alain Senderens.

Cracco remembers with admiration and pleasure his first years at Marchesi’s side: “In via Bonvesin de la Riva I learnt what work in a kitchen means: how to make a menu; create recipes; the relationship between the kitchen, plate and the final message you convey to your guests,” he says. Besides the important influence of the famous great chefs of Italian cuisine, Cracco talks passionately about his crucial meeting with Matteo Baronetto, who has been assisting him for years in the kitchen of his two-Michelin-starred Ristorante Cracco in Milan.

Cracco says of his assistant Baronetto: “From a creative point of view we live in symbiosis: he brought new concepts to my cuisine, he is always behind the new trends.” Cracco’s cuisine is double-edged, encompassing both a formal tidiness and sort of creative anarchy, where tradition meets the avant-garde, merging the cerebral with a hedonistic sensory seduction. You can find and feel the emulsion of these contrasts in his dishes: thatcoincidentia oppositorumwhich lies among the arcane mysteries of his cuisine.

According to the chef, cooking does not need too many alterations or additions: it should be simple – the main thing is its taste and substance. He wants his diners to make the most of every single ingredient, choosing to place fewer elements on the plate so that their taste is clear and distinct, while at the same time combining harmoniously.

Therefore “minimalism” is the mantra we always find in Cracco’s cuisine. This doesn’t mean depriving the recipes of essential ingredients and of their characteristic taste, it means subtracting what’s not necessary – not just in terms of ingredients, but also preparation, such as a particular way of cooking or a cut. A perfect example is the famous Wiener schnitzel (Cotoletta alla Milanese) which is cut in cubes. This recipe is ever-present on Cracco’s menu in homage to Marchesi, and in this case, instead of being served whole, as the tradition says, the guest receives it cut into cubes on a plate, thus emphasising the contrast of the lean meat and the crisp external golden brown crust. The recipe follows the original Milanese one with all the typical ingredients, the only variation is in the way the meat is cut.

Cracco likes every recipe he makes to have a concept underpinning it – and this concept must be both an accurate reflection of the raw materials and of the result he wants to achieve.“In spite of its appearance, my cuisine is deeply Italian, I would say even Mediterranean, because these are intrinsically modern traditions, if well-interpreted. It’s about the centrality of the raw materials compared to their transformation, and the immediacy of the cooking. It requires a sort of self-restraint from the chef when he has to deal with a series of products that probably have no equal in the world. It never fails to surprise me…”

The raw materials are worked to create new recipes, with the same traditional ingredients masterfully reinterpreted with a modern outcome, like with the Yellow Risotto, a typical Milanese speciality: “A foreign person visiting Milan always has the right to find the saffron risotto on the menu,” says Cracco: “This has inspired several recipes, like the saffron risotto with marrow cooked on the hot plate, or the cream with rice and saffron, always topped with grated chocolate.” Among the classic recipes that made him famous, the chef likes talking about the Marinated Egg-Yolk: a dish where the egg yolk is marinated in a purée of pinto beans for seven hours, transforming the simplest of ingredients into a culinary masterpiece. Cracco is the king of the shape – he likes playing with contrasts, exploiting every possibility to bring the dish a delicate harmony of shapes and colours, all without impairing the taste. “It is a matter of involving your guest in different ways, because the reaction of the guest is the captivating factor for a chef. I would like my customers to reflect when they eat: for me this is the greatest satisfaction ever.”

Research occupies the days of Cracco, who is continually trying to bring an element of innovation to his ever-evolving menus, keeping change at the root of his cuisine. The chef’s creativity is nomadic: inspiration comes from the terroir but also from around the world, as well as his imagination and memories, which he translates into a culinary dimension.

In 2001 Cracco Restaurant merged with Peck, the historic Milanese delicatessen owned by the Stoppani family, becoming Cracco-Peck. For the Stoppanis, the opening of the restaurant gave them the opportunity to elevate the offering of their store in a different way, putting their specialities into the service of the food industry, but from a fresh perspective, with their products being rendered into little works of art by the chef. For Cracco, it meant he was at the centre of an important source of quality raw materials for his menus. Years full of history, experience and collaboration followed, combined with the freshness of young and innovative minds: a union that led the name Cracco-Peck to the heights of food excellence.

In 2007 Cracco took over the full management of the restaurant and changed its name to Cracco, refurbishing and enlarging the interior thanks to the contribution and mastery of two architects Gian Maria and Roberto Beretta. They created an elegant and comfortable environment and a great atmosphere for guests in the financial and cultural Italian crossroads that is Milan city centre. The restaurant is built on three basement floors, like a “submarine”, and Cracco followed every step of the restoration, asking the architects to give the rooms and kitchen more natural light and more air. “I had the idea to create a private room where a small group of guests can eat in a total peace and privacy,” he explains.

“The table inside this room is always the first one in the restaurant to be reserved: people love privacy and also a personal approach with food”. The two-Michelin stars the restaurant was awarded are usually considered not a commensurate award, with many people believing that the chef deserves much more than this, owing to the inspired, meticulous nature of his dishes: on the one hand deeply rooted in the Italian food culture, and on the other hand exploring new culinary realities.

Cracco’s guests cannot fail to be impressed by the perfection of his recipes, but the chef is ever humble. “I’m not a designer, I’m just a cook,” he insists, though it seems more accurate to compare him with an artist. When you try his dishes you can feel the consistency of the raw materials and see the colours. This isn’t just an experience for the taste buds, it’s a sensation that’s powerfully transferred to your mind. And this is exactly what makes a good cook a great chef.