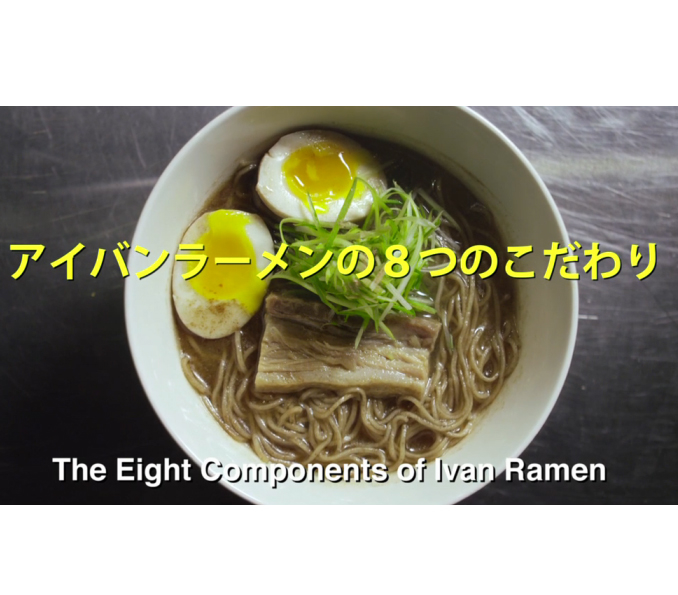 The Eight Chapters of Ramen

Ivan Orkin is the noodle-obsessed restaurateur from Long Island who, remarkably for a ‘gaijin’ foreigner, became a culinary marvel after opening two ramen joints in Tokyo, the first in 2007. “As a white guy from New York opening a shop in the heart of ramen land, I dealt with some pretty hard customers,” he muses. “But New York’s the same—there I’m still a white guy making ramen trying to convince people that I can cook noodles.” In today’s film that is inspired by the seminal Japanese ‘noodle Western’Tampopo, directorJake Sumnercaptures Orkin’s stateside debut, the Ivan Ramen Slurp Shop at Gotham West Market in Hell’s Kitchen; coincidentally, during his early days in Japan, Orkin taught English toTampopo’s female star, Nobuko Miyamoto. Back in Japan, the chef’s bespectacled profile is emblazoned on his own best-selling range of Sapporo Ichiban instant ramen, seducing the public from local supermarket aisles with his rye-flecked, Jewish deli-influenced noodles. Momofuku’sLucky Peachmagazine first introduced Orkin’s Eastern adventures to the West, which led the restaurant empire’s founder David Chang to pen the foreword to Orkin’s memoirs and cookbook,Ivan Ramen. “I had terrible culture shock when I came back to New York two years ago,” adds the chef of his re-assimilation. “During my 30-year relationship with Japan, I had spent a long time learning how to do things a certain way.” 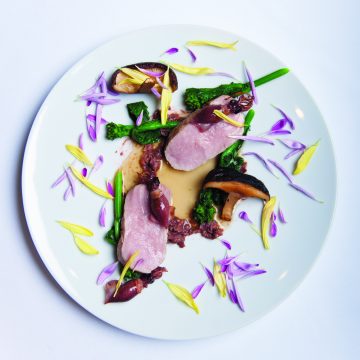 Liven up your midweek supper with this super recipe from award-winning Shinobu Namae. Using a combination of milk-fed veal, daikon radish jus, firefly squid and chrysanthemums, this recipe is sure to impress…Yum!