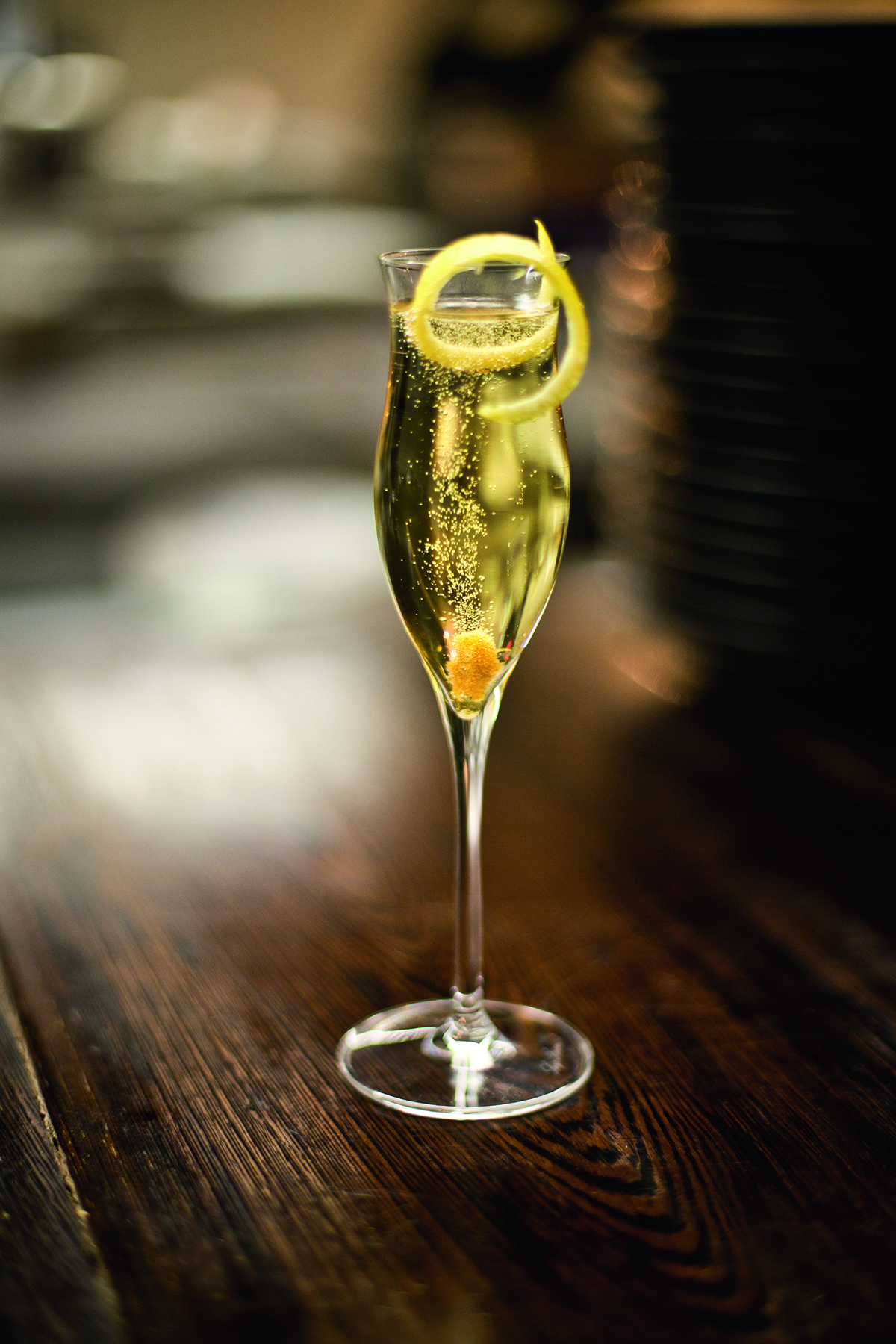 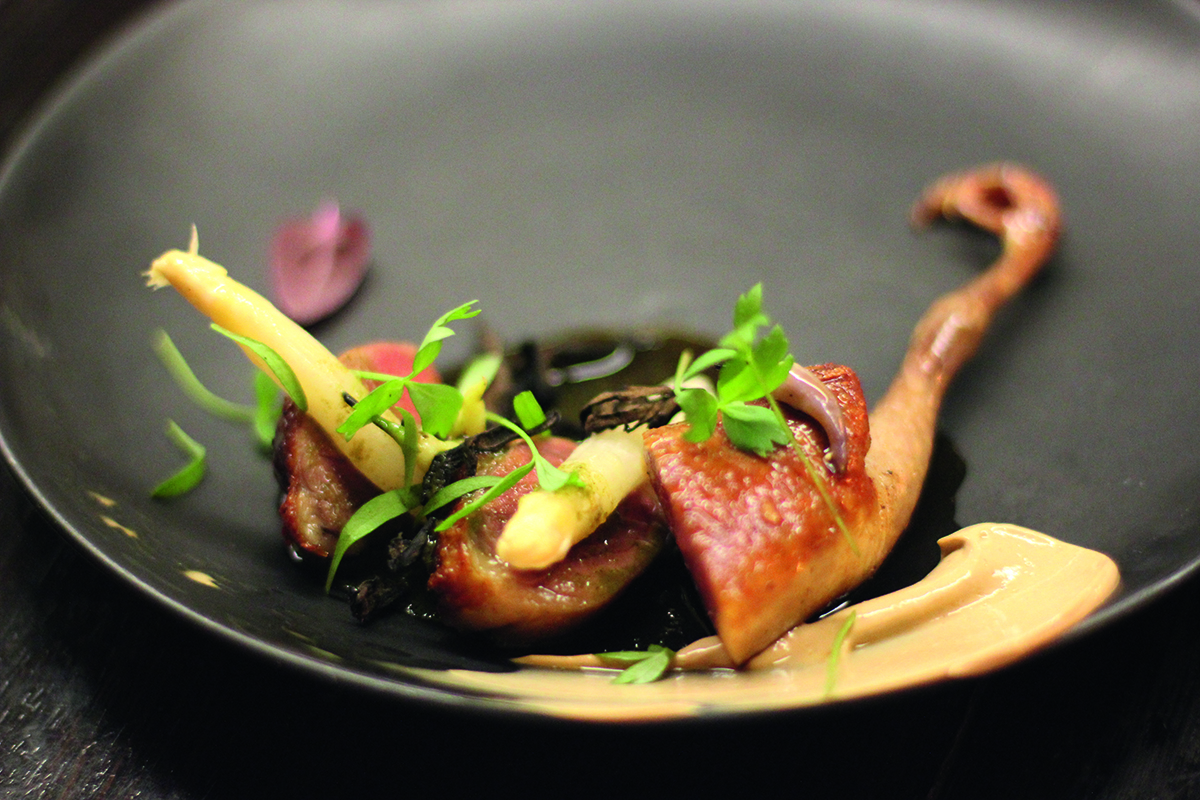 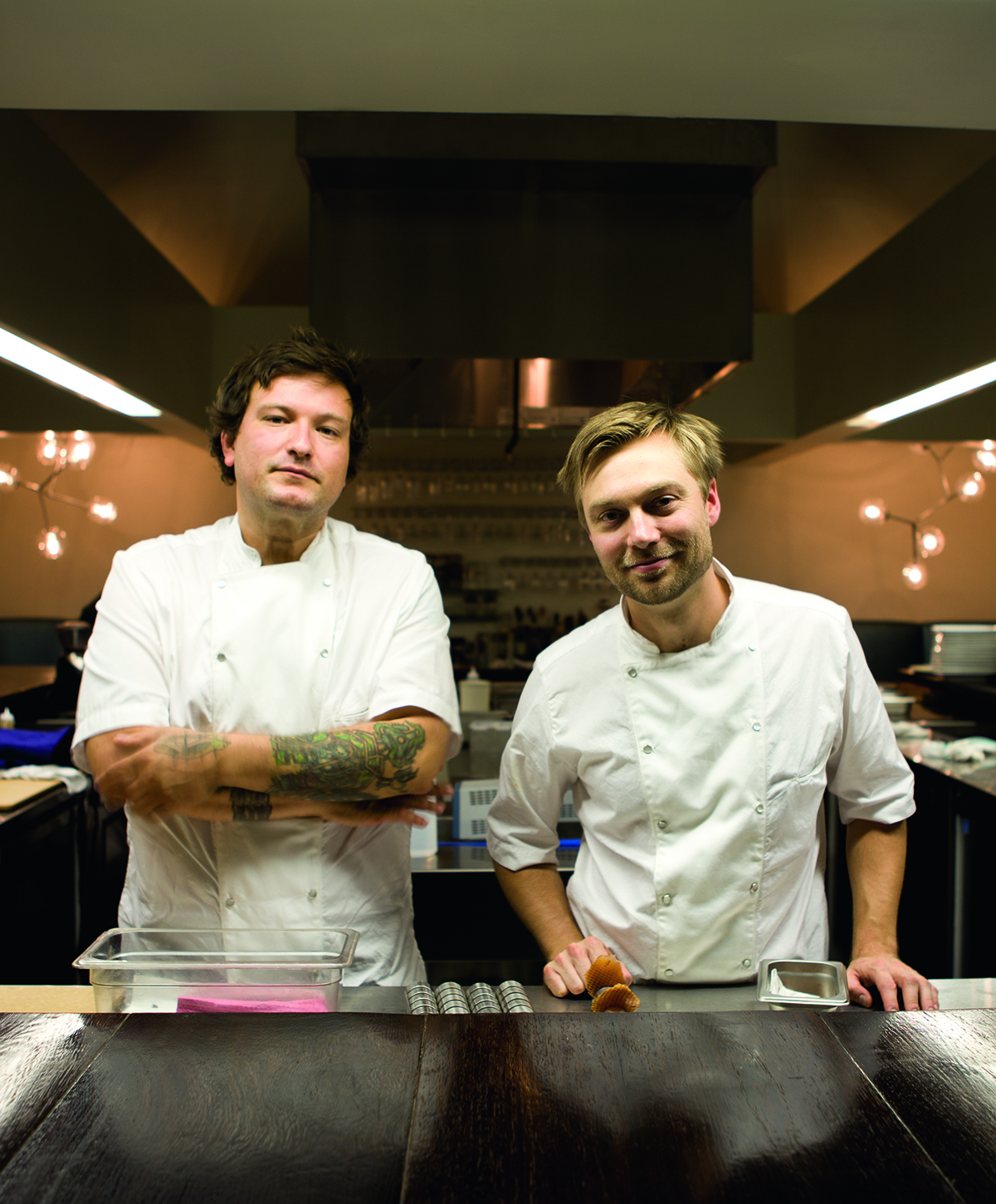 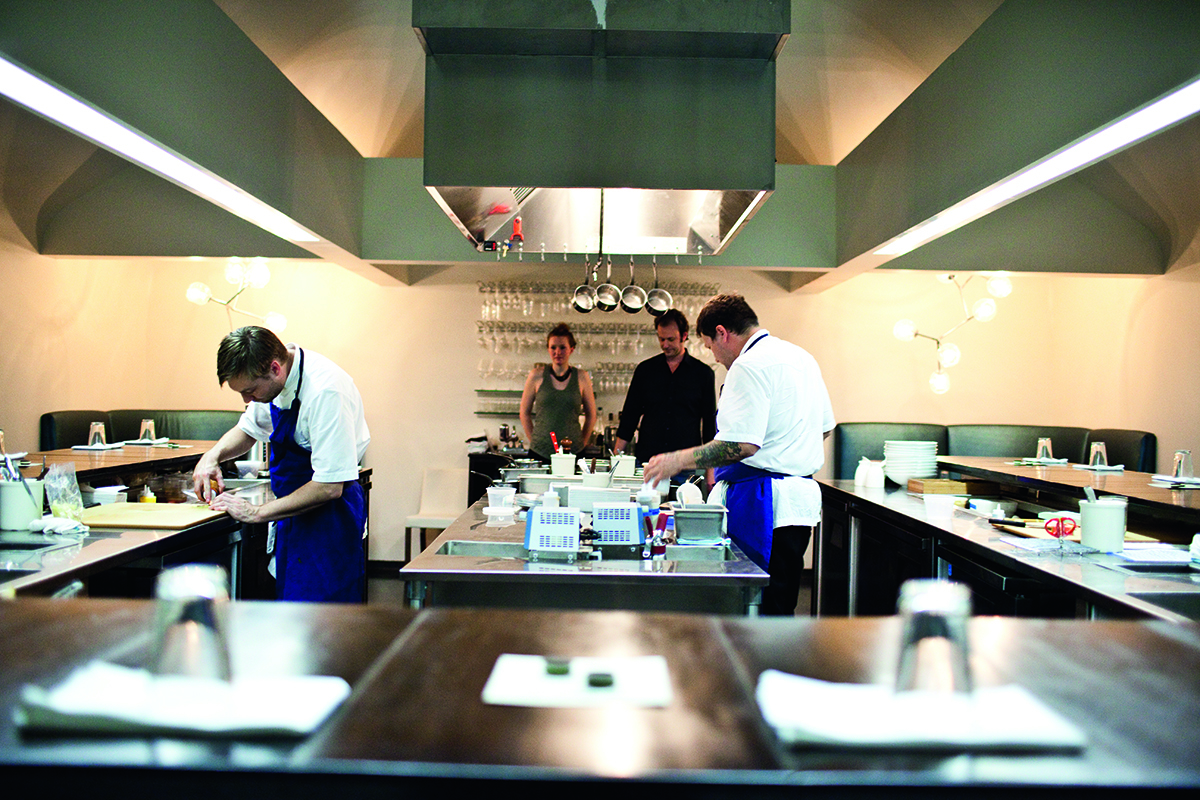 From FOUR’s archive, Rosie Birkett reports from Nashville on how a 32-seat restaurant is putting ‘Music City’ in the gastronomic spotlight…

I’m sitting at a smooth wooden counter sipping a carbonated concoction of sake, dry Riesling and maple syrup while chefs Josh Habiger and Erik Anderson dance around each other in front of me in the open kitchen – basting fish in skillets, pan-searing pigeon and artfully finishing each other’s dishes.

Circulating the seated counter, where diners look on enthralled, is sommelier Jane Lopes, matching her bespoke beverages and well-selected wines to the chefs’ modern, seasonal American creations – no small feat given the combinations they’ve come up with tonight: pork belly with violet foam and ramp vichyssoise; wood pigeon with white asparagus tips and hay-infused, caramelised yoghurt, and nduja and rabbit sausage.

Since opening in October last year, The Catbird Seat, which is part of Nashville’s trailblazing Strategic Hospitality group, has had a glittering reception – being nominated for a James Beard award and named by American GQ as one of America’s Best New Restaurants. The two co-executive chefs behind its success, Anderson and Habiger, have also been named Food and Wine Magazine’s Best New Chefs.

So what’s all the fuss about? The interactive, chef-cooking-for-diner concept is not entirely new: it’s something we’ve seen at the likes of Relæ in Copenhagen and Schwa in Chicago – both notable culinary cities – but what’s turned heads here is that these are two chefs at the top of their game cooking together, directly for the diner, in Nashville, of all places.

It’s not as unlikely as it sounds. The city has been coming up in kitchen terms for a good few years, earning itself a newfound reputation as ‘the Brooklyn of the South’, thanks in part to these two, and local chefs like Tandy Wilson at City House; Tyler Brown at the Capitol Grille, and the recent foodie fashion for Southern fare that’s swept New York and London.

Between them, Habiger and Anderson have cooked at some of the world’s best restaurants – their joint résumés spanning the likes of Alinea; St John; Noma and The French Laundry – but rather cleverly, they’re charting new territory with their style of restaurant in Music City.

“Erik and I worked together in 2006 and we both started talking about the idea because it eliminates the middle man,” says Habiger, who came here a few years ago to help Strategic Hospitality launch the cool, prohibition-style cocktail bar Patterson House just downstairs. He liked the laid-back, enabling vibe of the place, and when the opportunity to open a restaurant with the group came up, he called his friend.

“We could have opened a restaurant that had 30 cooks, white tablecloths and a huge service staff, but that’s not what we want to do – we want to cook and we want to talk to people and we want to have a good time doing what we do. Nashville has a different attitude that’s helped us keep things more fun.”

For Anderson, who managed rock bands in a previous life, it’s all about “being able to cook again – you get to a certain level in the industry where you’re not really cooking, you’re managing and overseeing, but we like cooking, and that’s what we’re doing.” They sure are – prepping all day and then serving their creative, weekly-changing seven course tasting menus four evenings a week. Without them, there is no restaurant.

Produce is “the best we can possibly get” and inspiration comes from “all over the place – the places we’ve worked in the past and available produce”, as well as the odd local inflection in dishes like their starter of spiced crispy chicken skin – their ode to the Nashville staple of hot fried chicken.

And that’s The Catbird Seat: a restaurant with palpable hallmarks of internationally-lauded dining, served to you by award-winning chefs, with a noticeably Southern drawl. But with only 32-seats and a serious buzz surrounding it, you might find it tricky getting a table…

Making Vancouver her home for the summer, Rosie Birkett shares her favourite spots in this blissfully alive city, including an experience with ‘mother nature’s stairmaster’, bumping into hollywood stars and the city’s top feasting destinations…

Dive into the deep south with this recipe of quail and the classic southern staple of corn bread, from Chef Sean Brock of Husk restaurants. Enjoy!