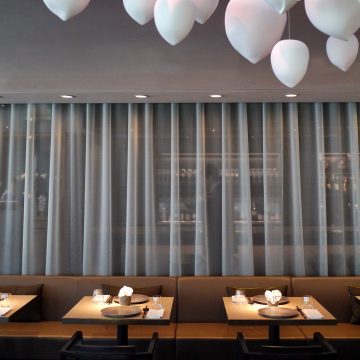 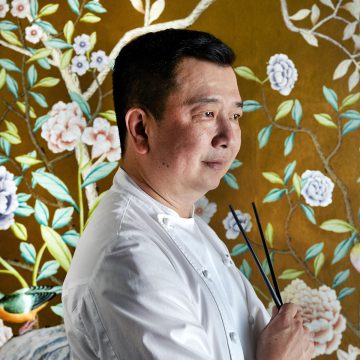 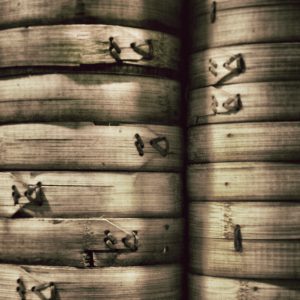 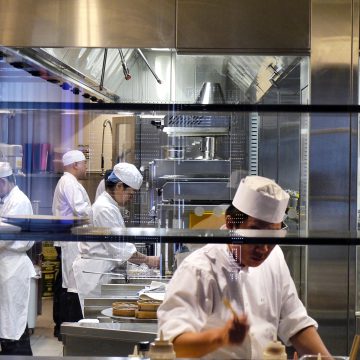 “For now, HKK is just for London. I guess the market will dictate where we open more Hakkasan restaurants. I like that the Russian market is more open, which would allow me to express myself with the ingredients I want to use”

It’s Wednesday lunchtime and I find myself on the achingly hip Farringdon-Shoreditch border. Am I cool enough to be here? Probably not, but I have good reason. Leaving behind the immaculate designer boutique clad streets of Mayfair, I’m heading to the gentrified east for a slice of Hakkasan’s younger, fine-dining sibling, HKK, to meet chef Tong Chee Hwee.

The interior of HKK is as subtle as the exterior, so much so that you could easily walk by the restaurant without realising what’s inside. The restaurant is pared back with a minimalist, mildly eastern look. While Hakkasan is undoubtedly sexy, HKK is more business-like in its appearance.

With two Hakkasan restaurants in London already—one just off Tottenham Court Road and the other Bruton Place, Mayfair—the choice of location for HKK was a surprise, although attracting the well-heeled financiers of the district to dine on slow-cooked wagyu beef over lunch was never going to be tough.

“We have a good client base and business is turning over steadily,” says Tong, the executive head chef for Hakkasan group, whose base is here at HKK. “It’s slightly on a backstreet, but we were confident that customers would seek out the location because of the reputation we’ve built through the Hakkasan restaurants.”

Tong has so far provided 12 years of loyal service to the Hakkasan group, after being lured to London by restaurateur and Hakkasan CEO Alan Yau, to open the first Hakkasan restaurant in Hanway Place in 2001.

Previously at the Summer Pavilion at the Ritz-Carlton Singapore, Tong has earned each of the London Hakkasan restaurants and now HKK, too, one Michelin star within their first year of operation.

In 2010, two years after Yau sold his share of Hakkasan to Tasameem, the property arm of Abu Dhabi Investment Authority, Tong became executive chef of the group. At this point, Hakkasan was expanding, with further restaurants opened in Miami, Abu Dhabi, Mumbai, New York, San Francisco, Dubai, Doha and Las Vegas. The latter opened in May and boasts four floors within the MGM Grand and is also home to the world’s largest—and Hakkasan’s first—nightclub.

The next launch will take place in Shanghai, marking the group’s first restaurant in China. “There’ll be pressure opening in Shanghai, but because Hakkasan is a luxury brand, we’ll be targeting the luxury market over there, including business travellers and visitors who know and trust the brand already,” says Tong—seemingly unconcerned by the prospect of taking his Chinese cuisine to its homeland.

Although Hakkasan group continues to expand, Tong’s main focus is HKK, which remains distinctly different from Hakkasan. HKK is about breaking away from the sharing style of Hakkasan and moving the brand into fine-dining. The menu is a collection of dishes from the eight different provinces of China, using traditional techniques to cultivate a style of dish that is rarely explored in this country. “It’s about doing very little to the finest ingredients and letting the real flavour come out,” says Tong.

One such ingredient is the duck used in the cherry wood roasted Peking duck dish (page 46-47), sourced from Silver Hill Farm in Ireland. Each duck is marinated in a glaze of Chinese five spice, lemon grass, sugar, vinegar and garlic, and hung to dry at 3C for up to two days, before being roasted with cherry wood in HKK’s custom-made glass firestone oven—the centrepiece of the kitchen—for one hour and twenty minutes. It is only after this lengthy process has taken place that the chef carves two slices from the best part of each breast and the dish is served.

“Before HKK opened, we’d been working on the duck recipe for six or seven months, refining the dish to get it just right,” says Tong. The result is nothing short of perfection and by far the best Peking duck I’ve ever tasted in London. The crisp-thin skin melts away as it touches the tongue, while the meat is juicy and full of flavour, with just the right amount of smokiness to further intensify the taste.

I ask chef Tong what other local ingredients he enjoys working with in the UK? “I’m really inspired by the mushrooms over here and the produce that we call ‘wild foods’, like game and wild vegetables. The seasons are quite pronounced in this country, so we adapt to that—we work with our suppliers, who we’ve worked with for over ten years at Hakkasan.”

Cooking, and indeed perfecting, Chinese dishes in the UK must have its limitations. I wonder if there are authentic ingredients and flavours that chef Tong struggles to replicate here in London? “The flavour experience can be different when we have to substitute an ingredient from what we would traditionally use to something that is local,” Tong admits.

“When we couldn’t get ham from China because of the foot and mouth outbreak, we had to try and replicate it with European ham. Chinese ham is dryer, better for cooking and less gamey, so we used Italian Prosciutto, which is very similar.”

There are other, highly-criticised and less ethical ingredients that chef Tong misses, such as shark fin and bear paws. “Ingredient-wise, Russia is more open. For example, I would be able to use shark fin without any criticism or bear paws there. Here there are restrictions.” Does that mean there will be a Moscow restaurant on the horizon? “For now, HKK is just for London. I guess the market will dictate where we open more Hakkasan restaurants. I do like that the Russian market is more open, which would allow me to express myself with the ingredients I want to use.”

All food research and development for the group takes place at HKK. Recipes are fine tuned, tried and tested before they’re rolled out in the Hakkasan restaurants around the world. “The soul behind the HKK project here is food research. If a recipe works, it’ll be used in different restaurants. This is how we prefer to work, rather than creating different recipes for each restaurant.”

The kitchen at HKK is high-tech with equipment, such as the Josper, allowing for precision in the cooking process. Although it’s the humble wok, a traditional piece of kitchen equipment, that Tong favours, “because of the high temperature and quick cooking of the meat, but I also like roasting. A traditional wooden roast oven involves a lower temperature, but offers consistency.”

Tong grew up in rural Malaysia, originally taught to cook traditional dishes by his grandmother. “She would tell me what ingredients work together and taught me to cook—subconsciously, I suppose, I was directed towards cooking.”

From cooking for his family as a young boy to overseeing the kitchen at HKK—which, back in April, was the restaurant of choice for The Diners Club World’s 50 Best Restaurants Academy—chef Tong usually avoids the limelight. He’s a chef who cares for substance over style, and is happy to let the food do the talking.

Find out more about chef Tong Chee Hwee and about FOUR’s UK Edition .

Try this delicious recipe for dim sum from chef Lee Kok Hua of Hakkasan, Abu Dhabi, a sure hit with your dinner guests!