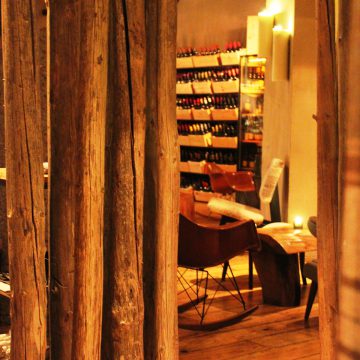 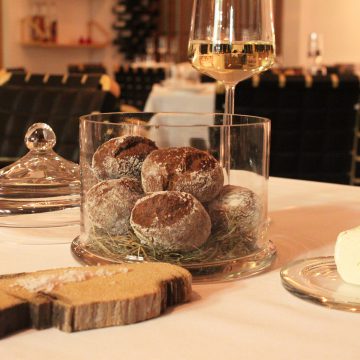 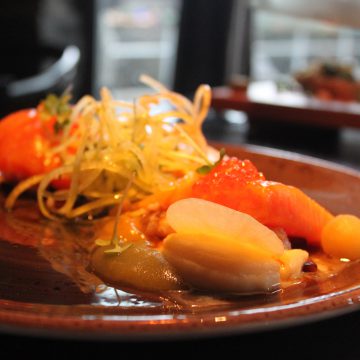 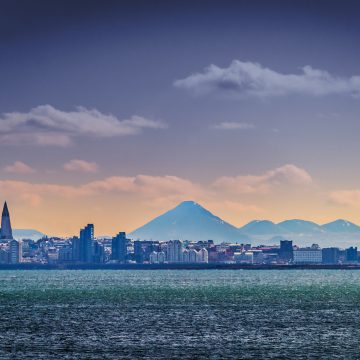 Iceland hasn’t traditionally been known for its food. Historically a poor country, geographically isolated with harsh winters, Icelandic food conventionally centred on summer hoarding to survive the winter. While fish and lamb are the staples of an Icelandic diet; drying, salting, smoking or fermenting food in sour whey are the popular, age-old techniques employed to preserve food.

Reykjavik today offers a glimpse of these time-honoured traditions within the context of a burgeoning food scene that’s really starting to swivel heads. With Icelandic chefs embracing the concepts of New Nordic Cuisine, reinventing local produce with contemporary techniques and big imaginations, Reykjavik is an intoxicating place to be if you love food.

Our food journey began at Grillmarket, where chef and owner Hrefna Rósa Sætran serves earthy flavours in a folksy setting that’s all oddly shaped wooden panels and cosy booths. Michelin-trained Sætran stays true to her Icelandic setting by whetting the appetite with black volcanic salt accompanying the sultana bread and butter. It’s her avant-garde take on dried fish that’s most intriguing at Grillmarket. White fish is typically wind dried in sheds across Iceland for months at a time, and is still a popular snack for Icelanders. Icelandic biltong, if you will. At Grillmarket, Sætran covers it with a crisp seaweed coating and serves it alongside squid and radish. The squid’s tender sweetness offsets the tougher bite of the dried fish; a triumphant pairing.

A lot of tourists come to Reykjavik for the novelty value of trying (sustainably hunted) puffin and whale, and as a result, signs for special whale and puffinmenus pock the city. We first came across minke whale on the Asian inspired Fishmarket’s tasting menu. Served slightly cured, with creamy pureed turnip and soy sauce dip, the whale had a sea-freshness and lean, gamey taste.

Tapas Bar around the corner also serves minke whale, as well as puffin, on its Icelandic Feast menu. This time the whale was served with a cranberry and malt sauce, and the bitter sweetness formed a great balance against the rich raw meat. The puffin was even gamier and more tender – served smoked with a blueberry Brennivin (caraway-flavoured Schnapps – also known as ‘Black Death’) sauce.

We’d heard grand things about DILL restaurant – located a little out of the city centre at a picturesque lakeside setting inside the Nordic House cultural centre – and made our pilgrimage one brisk Reykjavik evening. Chef and owner Gunnar Karl Gíslason is widely hailed as being at the vanguard of New Nordic Cuisine, and his commitment to reawakening Icelandic traditions in modernistic food is apparent in every dish. The crisp rye bread, flavoured with ale and served with Skyr, yoghurt that has been made in Iceland for centuries, makes our waitress go misty-eyed with memories of her childhood. Crisp lamb – smoked in the traditional way with sea manure – is rich and charismatic with the smoke infusion, served with cute ‘carrot sandwiches’. The sourdough malt bread was served with butter and salt that has been derived from seawater using geothermal energy – a nod to Iceland’s modern-day techniques for sustainable living, powered by the country’s 130 volcanoes.

Finally, you can’t get more traditionally Icelandic than fish. An industry that’s been important for Iceland since the beginning of time, Iceland’s chefs of today truly excel themselves with this fresher than fresh produce available to them daily. Our favourite fish restaurant was Fish Company, a snug eatery with wooden, stone and fur walls. The restaurant’s signature dish is its fish soup with langoustine, coconut jelly and Icelandic seaweed – creamy, rich and oh-so-fresh – we could have eaten it every day of our trip. The Arctic Charr was equally melt-in-the-mouth and comes served with homey apple buttersauce, turnip mousse and bitter cubes of stout jelly.

Reykjavik’s modern day food scene is exhilarating, made richer by the city’s utter commitment to putting long-established food cultures at the forefront of today’s dining scene. That said, the quality food coupled with rich and sometimes heavy flavours can make fine dining every day expensive and indulgent for the foodie visitor in Reykjavik. If you need a break, take it down a notch and indulge in more low key Icelandic favourites: hot dogs and ice cream. It’s true – whatever the weather, Icelanders can be seen queuing at their favourite food stalls for these ‘staples’. And join them we did. After all, who said foodie travel had to mean fine dining every day?

Sasha flew to Iceland with Icelandair.