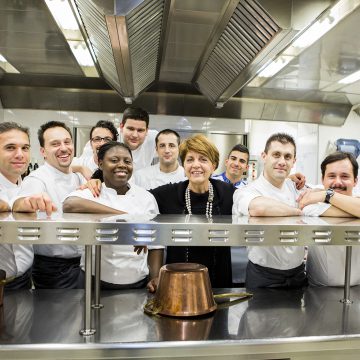 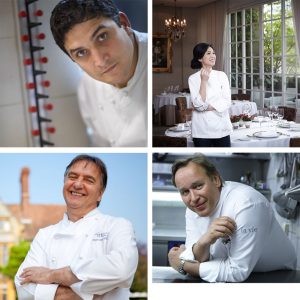 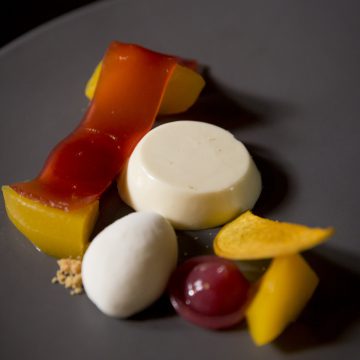 In the lead-up to the prestigious Relais & Chateaux’s 60th Anniversary celebrations, we give you FOUR of the Grand Chefs that will be partaking in a very secret celebration on 12th May…

Winner of Veuve Clicquot Asia’s Best Female Chef for 2014, will be attending.Chef Chen employs delicate cross-cultural fusion flavours and textures as executive chef of her restaurant, Le Moût. Located in Taichung city in west Taiwan, the restaurant has presided in the fine-dining scene in Asia since its opening in 2008.

One of the world’s most respected chefs, Raymond Blanc will bring his abundance of self-taught skills to Relais & Chateaux’s 60th Anniversary celebrations. Greatly awarded for his great French cuisine, Chef Blanc has held two Michelin stars for over 29 years.

describes hisculinary philosophy as “natural flavors, avantgarde, declination, garden, product-oriented”. His cuisine atLa Vie Restaurant has earned him three Michelin stars, deeming his not only one of the best chefs in Germany, but also throughout the world.

describes his two Michelin-starred cuisine style as“fresh with a lot of green”, he says.”I try to take out the green of the vegetables and express that on the plate, so my food is from my terroir – from my garden and produce”. Marrying flavours from Italy and France, he will be gracing the celebrations this May.

The Relais & Châteaux restaurants have been donningtheir festive attire all year and the prestigious group’sGrandChefs havebeen preparingculinary events and vintage menus throughout the year. From Gourmet Festivals all over the worldto four hands dinners, where a restaurant’s chef invites another Grand Chef to prepare a night of culinary delights, every month hosts an incredible amount of foodie events.

An entire schedule of events has been planned, each of which can be reserved onrelaischateaux60.comin advance.

Relais & Châteaux is an association of the world’s finest hoteliers, chefs and restaurateurs that has been setting the standard for excellence in hospitality for 60 years. Relais & Châteaux has redefined luxury hospitality by emphasising holistic experiences that take its guests on a journey, taking them on a sensual journey and introducing them to a deeper, truer understanding of the Art of Living.

The story of Relais & Châteaux begins in 1941 when two former music hall entertainers, Marcel and Nelly Tilloy purchased “La Cardinale”, an estate in the Rhône Valley. In 1952 the Tilloys began recruiting other hoteliers and restaurant owners that shared the same level of quality and excellence and passions for fine cuisine and Art de Vivre. In 1954, this group of kindred spirits merged together to create Relais & Châteaux. In the beginning, there were only eight establishments along the road between Paris and the French Riviera. Today, there are more than 520 members that are a part of Relais & Châteaux. 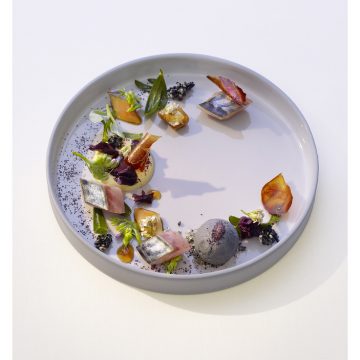 Blending local Taiwanese ingredients with premium items from around the world, Lanshu Chen creates her own version of ‘haute cuisine’ at Le Moût, writes Esther Wong for FOUR International.

Thomas Bühner shows you why his restaurant La Vie has had continued success over the last ten years, with this innovative recipe for potato foam and pumpkin curry ice cream.