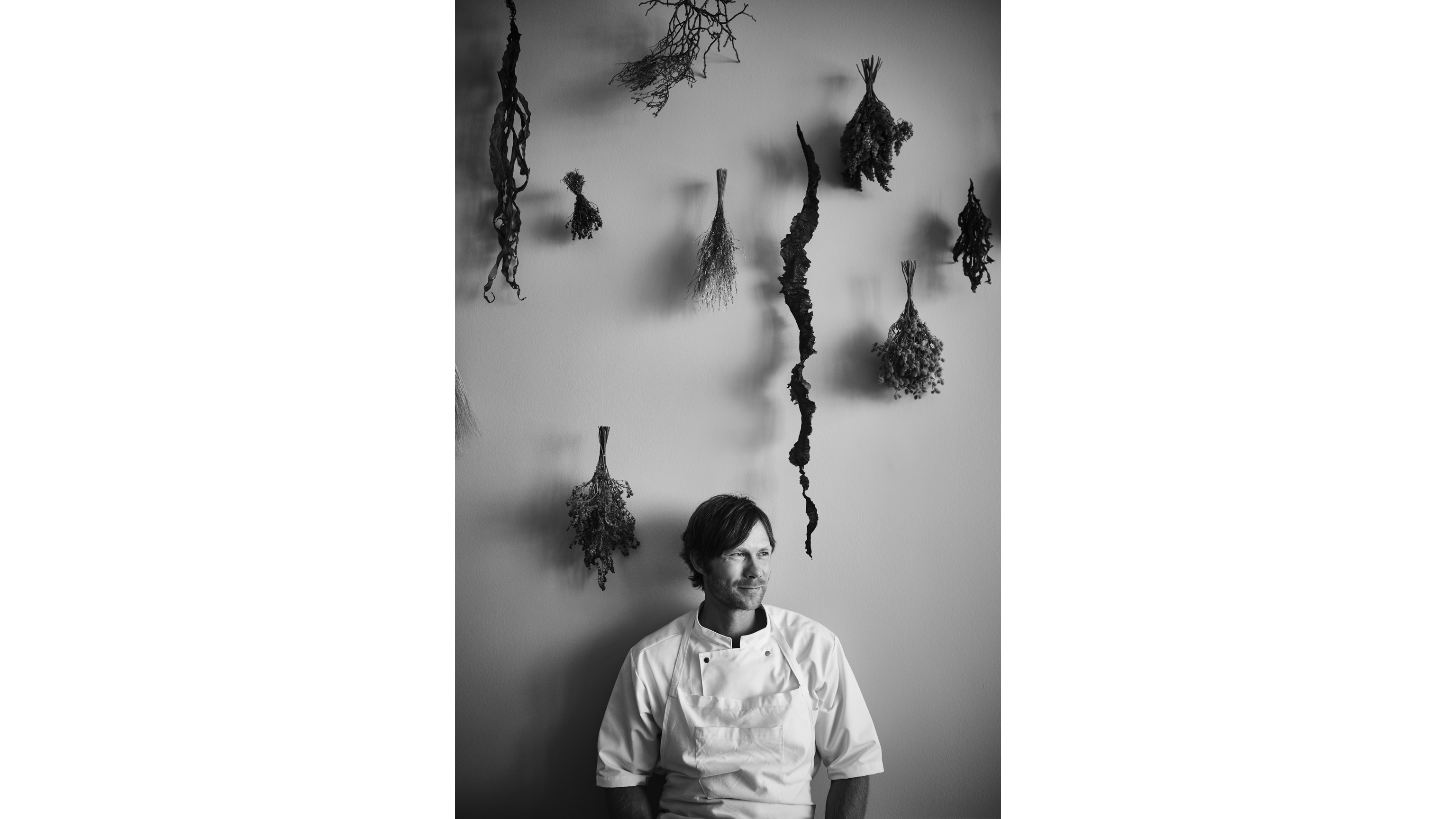 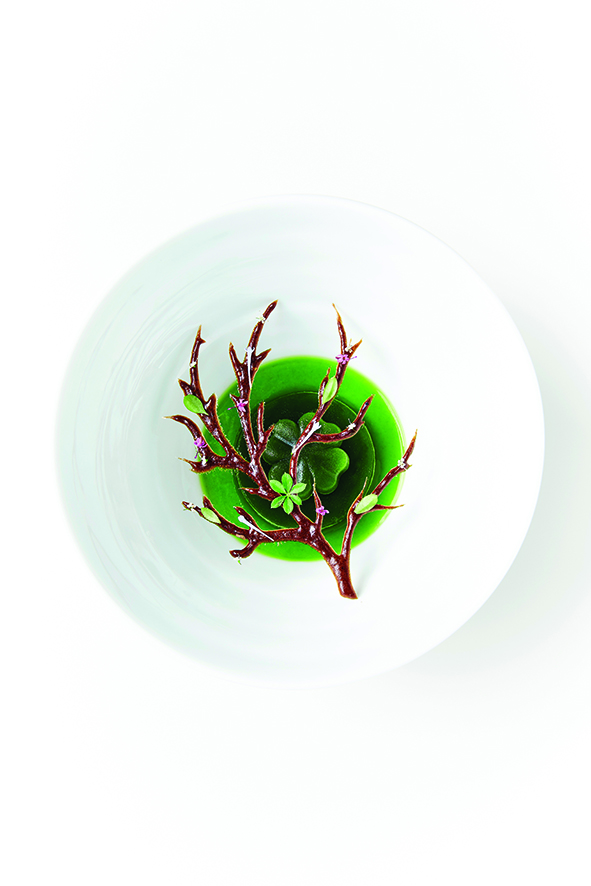 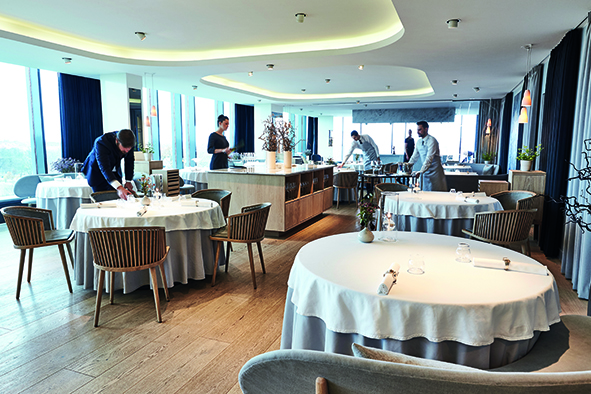 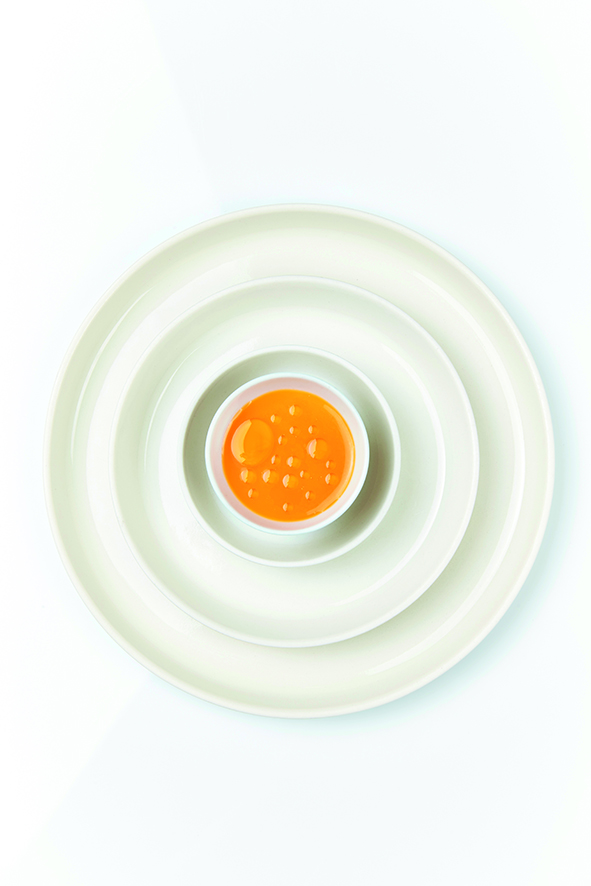 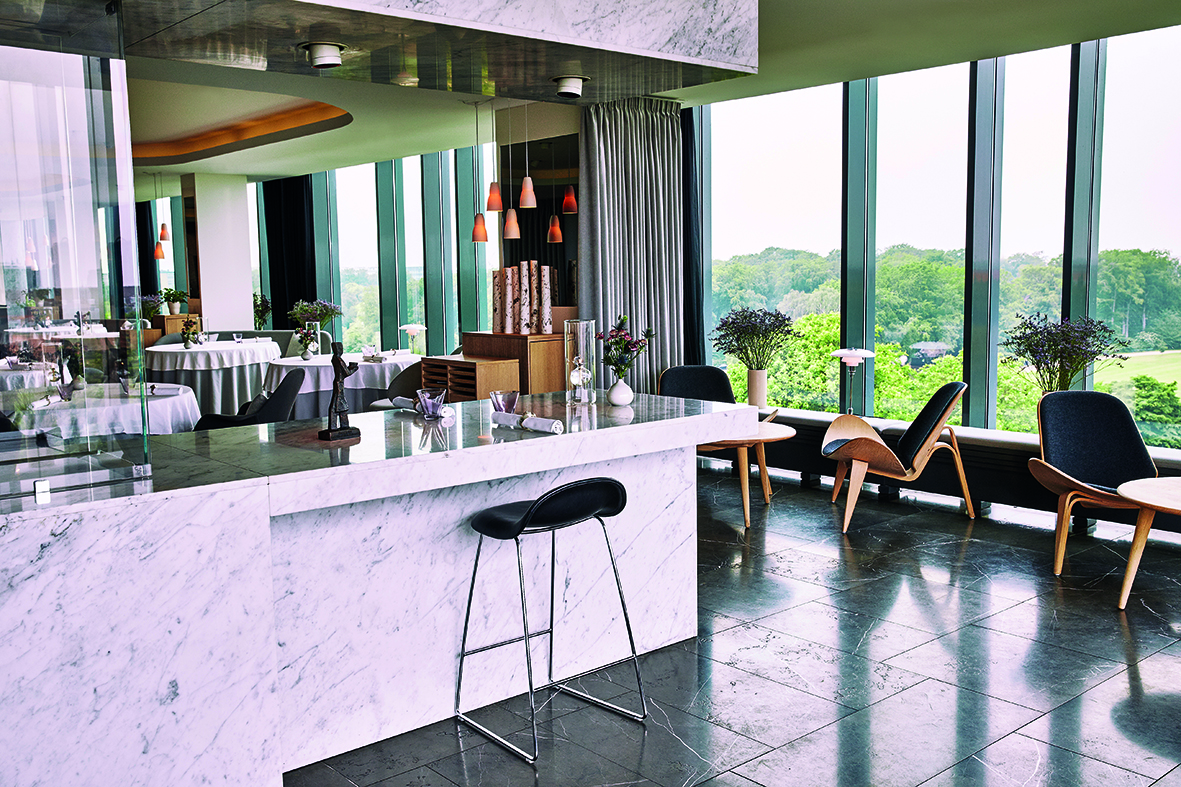 For an award-winning chef who has become synonymous with New Nordic cuisine the world over, Rasmus Kofoed stills remains firmly rooted to the earth that surrounds him in every way possible.

Much like his acclaimed cuisine, nothing seems to phase this lucid, light, and dynamic chef that grew up surrounded by the rural pastures of Zealand Island in his native Denmark. Rasmus states that his “…childhood inspires me a lot. My mother is a vegetarian and I would cook alongside her. I was the eldest of five sisters and brothers, so I naturally took some responsibility and helped out in the kitchen. From there I started simple baking and cooking in order to help out and then it just went from there.

“I was living in the middle of a forest, close to the water and I was very connected to nature. My mother was also a great inspiration for cooking as she went foraging and still does. Picking fresh and unknown produce was what we did and I just got some great inspiration living and growing up with her.”

There is no doubt that helping out in his family kitchen sparked the foundations of his culinary creativity and even to this day, Rasmus says of the Geranium menu, “we have a lot which is inspired by my childhood and my connection to nature”. With most of dishes having their roots in memories and flavours that have been brewing in his mind’s eye since childhood.

Educated as a chef at the nearby Hotel D’Angleterre, in Copenhagen, Rasmus went on to continue his culinary career at two Michelin star restaurant Scholteshof in Belgium, in 1997. With solid family support behind him and wealth of knowledge for native local products, Rasmus continued on his quest to refine his craft further and promote the idea of ‘naturally evolving’ gastronomy. “I have grown up with biodynamic farmers and inspired by my mother. At that time organic did exist but on a very small scale. Not like now where you can buy tons of different organic and also biodynamic ingredients. Of course I want to support that, for me they are the most beautiful ingredients you can get. They are full of life, flavour and energy, so of course if I can support that I would love to do it”.

Again much like his food, the idea for Geranium sprouted organically from these concepts, with Rasmus saying that after working as a head chef at a few restaurants, he soon “realised a restaurant was much more than just what is on the plate and how it looks, a restaurant is about ambience and energy. It’s about involving and about creating a unique team. It’s about focus and details and not forgetting anything, in order to create a truly memorable dining experience.

Being a head chef you are just focused on what goes on in the kitchen and what’s on the plate but I wanted to do more. I want and wanted to expand on this. There are other aspects of a restaurant that are very important and that’s why Soren and I decided to open something by ourselves. Soren and I wanted to work for ourselves and take a chance”.

And a chance it was. After having a rocky start with the first venue of Geranium that filed for bankruptcy in 2009, the second attempt in 2010 proved more fruitful with Chef Kofoed being named Denmark’s ‘Chef of the Year 2013’ for his culinary excellence.

This was the first of many awards for Kofoed, who then went on to become the triple winner of the silver, bronze and gold medals of Bocuse d’Or, making him the most awarded chef in Bocuse d’Or history.

Seemingly unstoppable, Geranium also entered the prestigious Worlds 50 Best Restaurant’s list and now stands at Number 19, as well as currently appearing in the elite list of three star-rated Michelin restaurants, being the first restaurant to receive the award in Denmark.

But how does a chef from such humble roots react to receiving such a prestigious award? “It was very unique and something very special for this little country. Of course I am very humble but also very proud because who would have thought that it would happen here at Geranium? I mean when we opened seven years ago that was the last thing on our minds”

“Growing up we didn’t have a television so I had no idea about celebrity chefs, or Michelin stars, I just came into this world because I simply enjoyed being and working in the kitchen…It was not the ultimate goal to get three Michelin stars. When I go to work my inspiration comes from a lot of other things other than Michelin stars. I think about how we can progress and grow with the team? How can we do a better dish with cabbage? How can we create more atmosphere within the restaurant? It is definitely not something I thought about daily.

Now seven years on, Chef Kofoed has reached unprecedented culinary heights for his famed New Nordic cuisine. But Rasmus’s down to earth nature means that the food still remains true to the seasonal produce available in the surrounding Danish landscape. “We actually have a field in a biodynamic farm nearby where we grow our own stuff. They also deliver a lot of our produce depending on what is in season. So, as much as they can bring we will buy and then whatever we have we will use to inspire us. It is important to see what plants are out there and where the plants are coming from. This is what I want, you know, for the seasons and the food on the plate to meet in the dining room. So that’s where our inspiration comes from, we really want everything to reflect what we do here”.

With this new found fame, the last couple of years undoubtedly been have been big ones for Rasmus and his team at Geranium. At the beginning of 2016, the Copenhagen restaurant closed for a brief period to undergo what Rasmus felt was a much-needed refurbishment.

“We now have an extremely open kitchen which is in the middle of the restaurant because we feel it’s important to focus on what is happening in front of us. We pondered a lot on how we could create more atmosphere. Even logistically it was a better idea to open up the kitchen because we were all much closer and could face the guests.

I was not totally comfortable or happy with the original design. I liked it but I didn’t feel like it was completely my home. This was very important for me as I spend a lot of hours here. We had to reinvent it in order to make it feel right. The changes are really beautiful and made so much sense. Now it is much lighter, we took away the heavy couches between the pillars so that you can see what is going on outside.

The thing that is unique here is that you are on the eighth floor so up in the trees and can see the forest and park; you can really feel the seasons” the chef tells me, evoking images of panoramic views over the Danish capital’s cityscape, with it’s lush green surroundings and a hint of the coast in the distance.

“It has changed so much since the first day we opened. I mean when you move into an apartment it’s not going to be your home until you’ve been living there a while. You have to really live in it and feel your surroundings. No one knows this place now better than us two. Maybe when we opened the focus was more the food and the wine but now it is so much more. I mean, how can you work better with the team? How can I inspire them? And this has a lot to do with the open kitchen. “

Over the years, it’s not just Rasmus’s life experience that has evolved as the restaurant goes from strength to strength, but also his prized cuisine. “I think the food is just more ‘me’ now, in some ways. For example, we have a really simple dish of nettle puree with a sauce of dried oyster foam and a local smoked cheese. These two things together just really works. It’s really simple, but it really tells the story about the season now, in a very subtle way. With what I believe are very interesting flavours. I think the food here has become simpler in presentation, but also still quite complex. I think it just reflects the Geranium identity more.

With the breaking down of ‘barriers’ within the dining space, you can really feel the celebration of Geranium’s transition into maturity and it has allowed for even more emphasis on the idea of sharing, enriching and connecting with his guests.

“The open kitchen creates a lot of things including team spirit and teamwork. We are standing shoulder to shoulder and we can all easily help each other. Which is the way it should be. It is very important for me that a restaurant is something which is ‘living’ and for this to happen the menu needs to change, the energy that comes from the beautiful people that we work with here; the waiters, the chefs, the stories. I mean all of that is important to me and will make a restaurant alive and full of energy.”

Through the chef’s profound relationship with his native homeland and a deep sense of responsibility to provide insight into the surrounding traditions of the terroir, he creates a powerful culinary interplay between food and nature.

“We are surrounded by nature here at the restaurant so we also have some dishes inspired by the park nearby. I was standing and looking outside one day and I imagining what the trees would taste like if I were to eat them. From this, I came up with a dessert inspired by that. It’s a cream infused with roasted beetroot, with frozen wood sorrel and crispy prunes and a touch of local dark beer”.

The remarkable ways in which Rasmus creates intuitive food that combines simplicity with complexity is truly unique and understandably, why his cooking is considered to be so special. But the humble chef has no plans to go worldwide, “For me I just like to focus on Geranium; on evolving and changing and seeing if we can do something better and give a better experience. I also need to keep focused so that I can continue inspiring my chefs and for this I need to also get inspired. You know, being with my family, going for walks in the forest, having a swim in the ocean, going for a good coffee, looking at art, watching how the flowers grow…ideas come from everything. It’s important to be open to inspiration in order to feed your creativity and this is what I choose to focus on.

It seems to be that the man behind Geranium is someone who truly practices what he preaches and seems to live out his passions on a daily basis.

“I think we live in our own world a little bit over here. We like to focus on what we have here in front of us. When I work like to have natural inspiration, which has come from me and deep in my heart, brain and emotions. Instead of getting inspired by someone else too much, I like to look for the answer myself”.