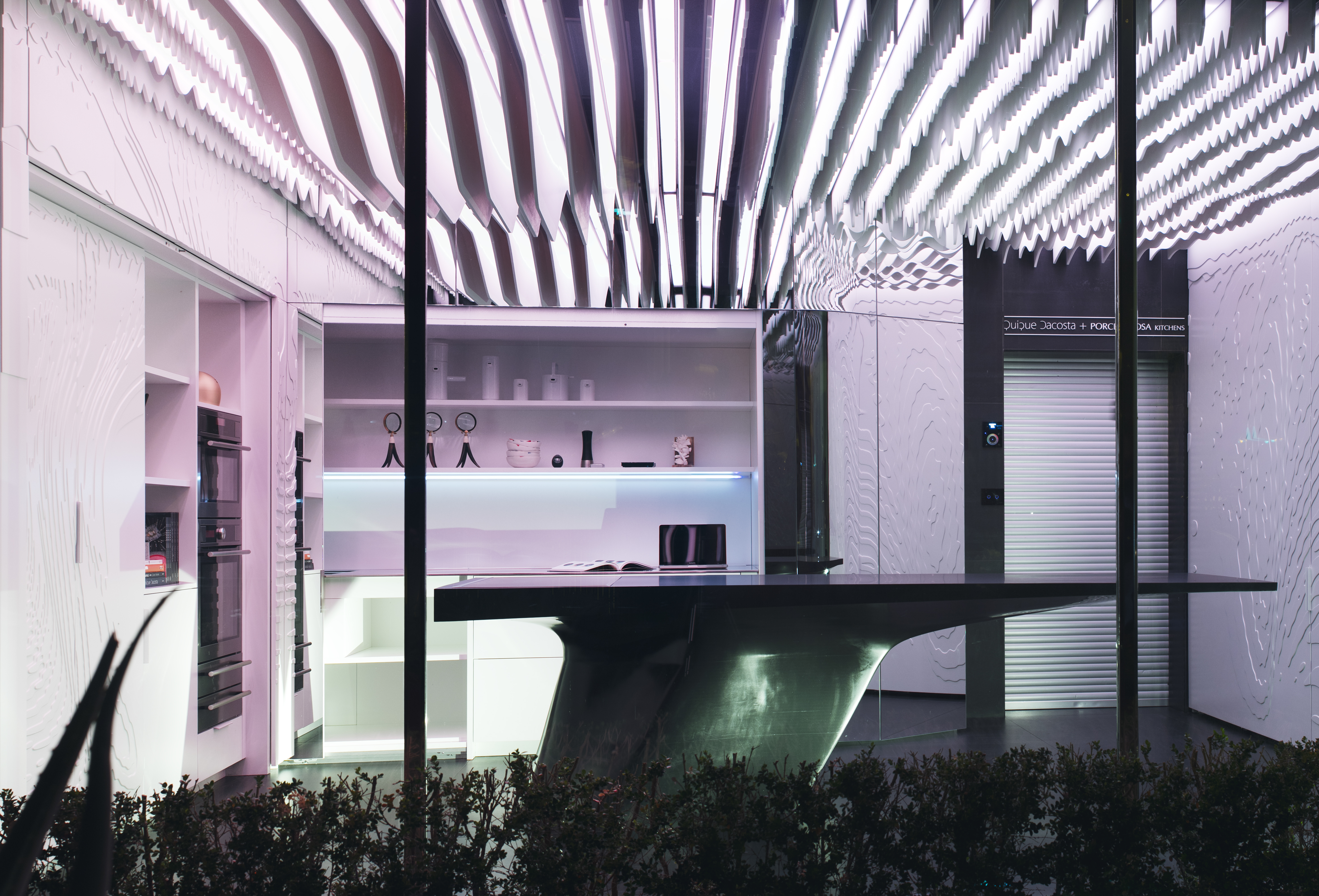 The Spanish region of Valencia, home of paella, a dish subject to so much abuse that an entire defence league, in the shape of Wikipaella, has been set up, is not a place most people think of when they think of high quality, innovative cooking in Spain. That honour belongs to the Basque Country or just to the north of Valencia, Catalonia, home of the Roca Brothers and Ferran Adria. The region of Valencia, for most non-Spaniards is paella, sangria, Benidorm and the birthplace of the Borgia papal dynasty.

However, in the unprepossessing seaside town of Denia in the province of Alicante, there is one of the best restaurants in the world. It’s a place well known to the gastronomic traveller many of whom will fly to Alicante just to visit for two days to eat there twice. It is there that, since he was 14 years old, Quique Dacosta has been cooking and has transformed a decent local restaurant into a three Michelin star reference point of pilgrimage for guests from all over the world.

Born in Extremadura, near the Portuguese border, Dacosta moved to Denia with his mother when he was 14 and to help her financially, started working washing dishes in a local pizzeria. At 17 he went to work at El Poblet, now called Quique Dacosta restaurant, one of the best restaurants in the area and one that was steeped in the traditions of Castille and France.

“When I went to work there, like most of the good restaurants in the area, I was copying Castille and cooking French food; Mediterranean cooking, local food that was for taverns and tapas bars. Restaurants that hosted weddings, birthdays and special occasions ‘did’ French food and were very formal, the kitchen was very hierarchical and ran on the French brigade system. No one was looking at the sea and the land in front of us,” Quique explains.

“As I went up the ranks of the kitchen I wanted to change what we served, but the difficulty was that guests didn’t want to eat food that they could eat in a tapas bar or at home on a Sunday. They wanted something different and a restaurant is first and foremost a business serving a clientele who know what they want.”

In the past twenty years the demographic of Denia and the towns surrounding it has changed quite drastically. A large part of the property boom, before its dramatic collapse, was due to Northern Europeans; Germans, Brits or the Dutch, buying houses and moving there for the summer or permanently.

“With the influx of foreigners we were able to make a more local style of cooking viable, these people didn’t want French style food in the Mediterranean coast of Spain. They wanted to eat food from the area using local produce, so what I wanted to do and what was possible commercially started to coincide.”

In 1995 the first big change in the restaurant came about with a 12 course ‘Quique Dacosta menu’, which was all plated up rather than having dishes in the middle of the table and was based on Valencian food rather than French.

The second, and far bigger change came about in 2001 when Quique decided to base the whole menu on creative innovative cooking rather than traditional dishes. This was the definitive change for the restaurant and the one that set him on the road to first national, then international recognition and the eventual coveted third Michelin star.

However, unlike most creative chefs of his generation whose CVs look like a round the world who’s who of restaurants, Dacosta has never left Denia and the developments in his career and the changes in his approach to food have all happened while he has been in charge of his restaurant. How did he manage to stay in his corner of the world and become the world-renowned creative chef he is today? “I would devour books. For example, for quite a while I studied Michel Bras books and would then try out some of his techniques and style, but using the produce from here. Valencia is the vegetable garden of Spain, we have the amazing produce of the Mediterranean Sea here and the biggest rice production in Europe. I never wanted to copy what other chefs were doing. I wanted to learn from them and adapt what they were doing to suit Valencia.”

Dacosta is now the sole owner of his restaurant and has a team of 30 in the kitchen and 15 front of house staff, serving 25 guests at a time. Like El Bulli before it closed, he isn’t open all year round, Denia is very much a tourist place, but while El Bulli always had a separate development studio in Barcelona, Dacosta has set up a development kitchen within his restaurant.

“We started off using Ferran’s [Adria] idea of the studio when we were closed but the problem we had with that is we use so much local and seasonal produce that the results we had over the winter weren’t the same as the ones during the summer. We then had to adjust the recipes at the same time as serving guests and it proved an impossible task. Now we have the development kitchen in a separate part of the restaurant and we develop recipes while we are open.”

Denia, the wider region of Valencia and the eponymous capital city have all shown their gratitude to Dacosta for his commitment to them. He is officially an ‘adopted son of Denia’ and in 2009 was named one of the ‘Valencians of the 21st Century’. He has carried out research into Valencian rice in association with scientists from the University of Valencia, research that eventually lead to the award winning book, Aarroces Contemporáneos (Modern Rice). When he opened two-mid-price restaurants he opened in Valencia, not Madrid where everybody expected.

“Why would I open in Madrid?” He laughed. “I don’t belong there. Valencia is my place. I wanted people, in the middle of the economic crisis, to have somewhere to go to have a taste of what we do in Denia but at an accessible price. These are my people and I wanted them to have a chance to see what our version of world food is. This is why I opened Vuelve Carolina and then I wanted them to have modern creative cooking with their ingredients at an accessible price. Which is what we did with Mercat bar. Both of them are working well. Valencians like what we do.”

Not bad for a man from Extremadura who has become the most favoured son of Valencia, bringing the world to Valencia and the best of Valencia to the attention of the world. Long may it continue.

“I never wanted to copy what other chefs were doing. I wanted to learn from them and adapt what they were doing to suit Valencia.”

Quique Dacosta is a chef making a graceful exit in order to make an explosive entrance by Antioco Piras.

In the kitchens of Tsé Fung at La Reserve Geneva, chef Frank Xu reinterprets the classics while combining them with innovations to be discovered and shared, the very essence of Chinese cuisine. These are part of a range of precisely flavored, delicately spicy gourmet dishes displaying the greatest respect for tradition.