Jersey’s culinary scene is on the rise. First, Michelin star restaurant Bohemia was voted among the top 40 in the UK, and now Michelin star chef Shaun Rankin has launched his new restaurant, Ormer.

Six months in the planning, Ormer seeks to bring sophisticated dining to the centre of Jersey. In addition to the 50 cover restaurant, there is a bar, a terrace, and a rooftop garden. A private dining room is available for corporate hire.

Rankin has spent 18 years working in restaurants in Jersey. In 2005, he was awarded a Michelin star for his work at Bohemia. He is best known for winning BBC Two’s The Great British Menu.

Rankin said of Ormer “I am incredibly proud of the restaurant. We have all invested blood, sweat and tears to make this happen and we are not going to disappoint.”

Since opening, Ormer has enjoyed huge success, with bookings already going well into 2014. When questioned about this success, Rankin commented “The Jersey restaurant is a first step to all I wish to achieve under the SR brand. We are already looking at locations in London and further afield so there is much more to come!” 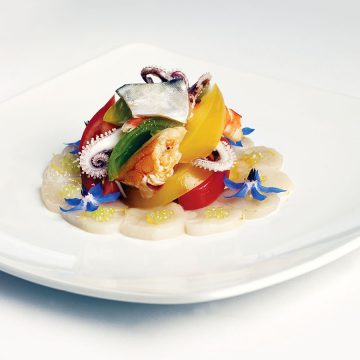 Shaun Rankin of one Michelin starred restaurant Ormer in Jersey, tells FOUR all about his eco-dining credentials and heading up the kitchens at the exclusive 12 Hay Hill private members club in London’s Mayfair…

Take a step back in time with vintage Negroni 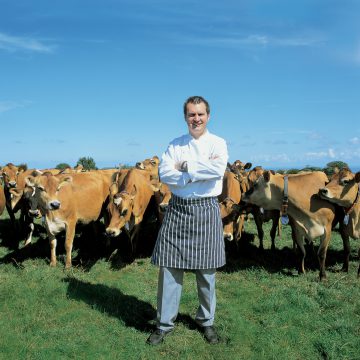