Following their World’s 50 Best Restaurants success last week, the Roca brothers have launched their own opera – El Somni which had its first showing on Monday 6 May 2013

Following their success at The World’s 50 Best Restaurants Awards at London’s Guildhall last week, where El Celler de Can Roca took the No.1 spot, the Roca Brothers are continuing their celebrations with the launch of their edible opera,El Somni,which features 12coursesover a span of 12 acts, each one paired with its own wine and music.

With the first being held at the Arts Santa Mònica in Barcelona,El Somniwill also be hosted at 12 different locations around the world and is set to become a book, an exhibit and a film by Mediapro.

With this innovative gastronomic exploration following their 50 Best victory, who knows what the three Roca’s will bring the culinary world next… 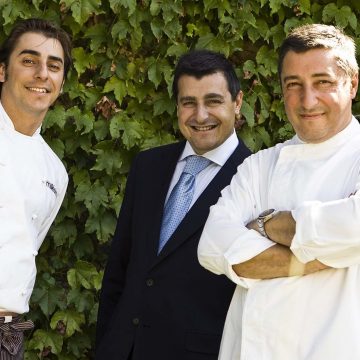 A Recipe by Joan Roca

A Recipe by Joan Roca

A steak tartare by the mastermind, Joan Roca…

A Recipe by Joan Roca…