On board Europa 2 with Two Connoisseurs of Cuisine

Christian’s passion for cooking started in his childhood.”Wealways atewell and were happy to taste everything” says the young chef. After numerous internships during his school years, he decided to start an apprenticeship as a chef – initially in a small hotel in Siegburg near Bonn, before heading to the haute cuisine ofthe” Kurhaus” in Binz on the island of Rügen, the “Interalpen Tirol”, the “Gourmethotel Alpenhof” in Tirol and the “Landhaus Stricker” on the island of Sylt. As the winner of the illustrious and esteemed”Koch des Jahres 2013″, his career tookan important turn. Now Christian, head chef of Yu Sushi Club, works with his team to aim to be awarded thefirst Michelin-star atthe Kameha Grand Hotel in Bonn. With two Japanese sushi masters, Strum-Willms presents a wide-rangeof European fusion food and traditional Japanese dishes in the modern lifestyle hotel.
In his workshops on board theEUROPA2, Sturm-Willms will give the guests classic insights into Japanese cuisine and show that there is a lot more to offer than just sushi. Additionally, guests will learn first-hand tips on the preparation of classical Spanish tapas.

Castle “Layen”, built in the Middle Ages, and itswine-growing estate have been the property of the Diel family since 1802. Armin Diel – at its helm since 1987 – is the sixth generation to runthe castle-wine estate.Consideredone of the best wineries of Germany, the American “wine-guru” Robert Parker describes “Schlossgut Diel” as the phalanx of the best producers of the world. “Schlossgut Diel” is essentially famous for it’s dry Riesling, which grows in the steep southern slopes of “Goldloch”, Pittermännchen” and “Burgberg”. Highlights of the burgundy collection are two creations named after the two children: the finest red wine is called ‘Caroline’ after the daughter, and thecuvee made of white and grey burgundy is named after theson ‘Victor’. Armin Diel, also vice president of the “Verband Deutscher Prädikatsweingüter” (VDP) -a national German association of producers committed to top quality wine production -is one of the most prominent German wine publicists and has been thepublisher of the Gault Millau Wine Guide for 16 years. Diel also organizes culinary wine journeys through the most important wine regions of Europe, Bordeaux and Burgundy as well as to the Champagne and Piemont in Italy.
At the on board wine tastingsDiel will introduce some of his best and most famous wines to the guests and will tell many interesting facts about his work at the wine-growing estate.

Leadingfrom Hamburg via Southampton, La Coruna, Lisbon, Cadiz, Malaga and Valencia to Barcelona, the EUROPA 2 will travel from 23 June to 5 July (12 days).

The highlights of this cruise include:

More information on the cruise can be found athl-cruises.com. 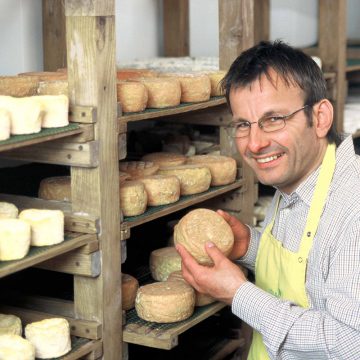