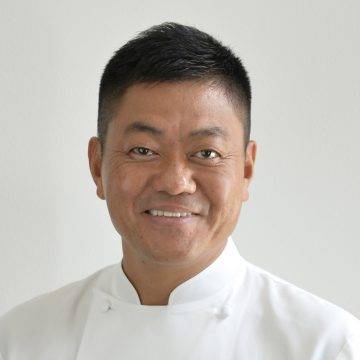 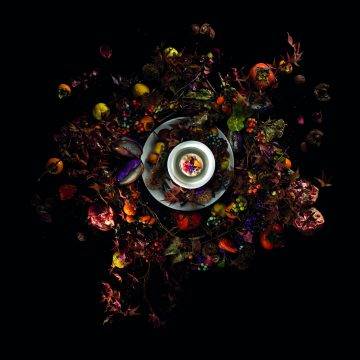 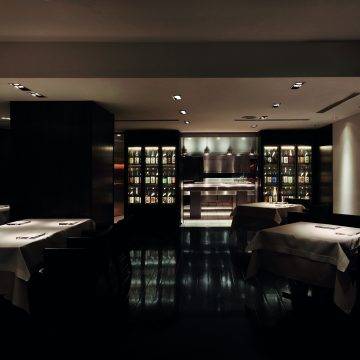 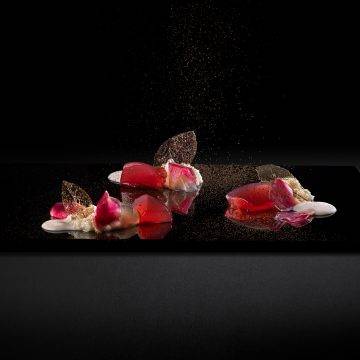 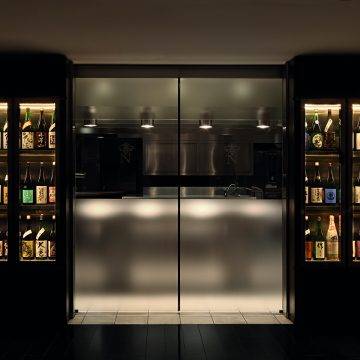 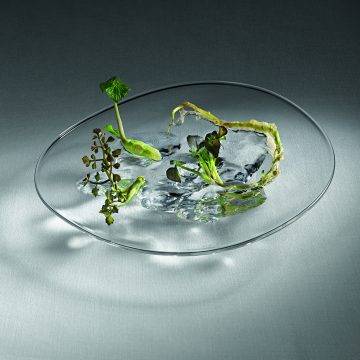 Known best for his restaurant Narisawa in Tokyo, Yoshihiro Narisawa brings together the history of Japanese cuisine and attempts to recover produce that is rapidly disappearing from the terroir. With utmost respect for his native land, Narisawa uses satoyama cuisine to bring Japanese nature to the plate.

“My concept hasn’t changed for a long time. It’s all about safeness, sustainability and using delicious ingredients,” states Yoshihiro Narisawa, with a confidence of a chef who is clearly created a lifelong mantra when it comes to sustainable culinary art. Having been born into a culinary family, Narisawa knew early on that he was going to follow in the footsteps of his grandfather and father and dedicate himself fully to the world of gastronomy and hospitality.

“My parents run a boulangerie, so since I was a child I grew up watching the guests enjoying themselves while they were eating. I always imagined that one day I’d like to offer the time and space where people could be happy by eating as well.”

At the age of 19, Yoshihiro left home for France to study and learn the classic techniques of the culinary arts from great chefs such as Joël Robuchon at La Table, France, Fredy Girardet of Restaurant L’Hôtel de Ville in Switzerland and Paul Bocuse, among others. Throughout this time abroad, one clear objective became highly important for the chef: to bring nature closer to diners and to uphold the integrity of the produce used.

“In the beginning I thought I would just focus on the classic ingredients found within most Michelin -starred kitchens, but I soon realised that this doesn’t suit me. The place where I’m cooking is Japan, and it became obvious that I should therefore focus on Japanese ingredients while incorporating the skills and techniques I learnt in Europe, which means my style cannot be categorised in any existing genre. Furthermore, I thought it important to express my identity as Japanese.”

Therefore, in 1996, he returned home to Japan and opened La Napoule in Kanagawa Prefecture. In the beginning he was somewhat better-known abroad than in his own country due to the heavy European influence within his cooking techniques. The combination of classic training, combined with authentic Japanese style and knowledge, ensured that guests from all over the world visited the restaurant to appreciate Narisawa’s distinctive culinary art.

Seven years later he moved to his current space in Tokyo’s non-touristy district of Minami Aoyama and formed Les Créations de Narisawa. Working further towards cementing his philosophy firmly into his cuisine and restaurant, it was in 2004 that he more simply renamed the restaurant Narisawa, as a reflection of all that he believes.

“As you can see, Narisawa is very simple: no pictures on the wall, no music, and so forth. I like my guests to concentrate on my dishes with their five senses and enjoy the experience in front of and around them. I really want to transmit the message of the importance of the forest.”

With Japan being surrounded by sea and forests, the latter of which amount for 70 per cent of the total landmass, it is certainly an important aspect of the country to consider.

Equally, since these forests and waters surround Japanese cities, the local people often live hand to hand with nature, taking only the most necessary resources for daily life from the earth.

By working with and responding to the four seasons, the changes between them and understanding this environment, people living in these areas have learned to take only the most necessary resources for daily life from the earth, forests and seas; this lifestyle is called ‘satoyama culture’.

With this in mind, Narisawa therefore coined his own style of cuisine: ‘innovative satoyama’. Subsequently, the satoyama cuisine garnered steady growth of both the international and local appeal, which soon attracted the attention of the Michelin Guide judges who, in 2008, awarded him with his first star.

“Taking the rich culinary culture of the satoyama and the wisdom of our ancestors, we pass it through the Narisawa filter to create a new, independent genre called ‘innovative satoyama cuisine’.

“This means I cook food primarily based on how I can make good use of the local and native ingredients. My whole approach to gastronomy is to pursue Japanese food culture, thinking about Japanese geographic environment and climate.

“The Japanese term ‘ji’nen’, referring to the spirit of nature, includes people carrying on the satoyama culture, like an instinct, together with the natural world. From this spirit, we at Narisawa create gastronomy beneficial to both body and spirit, which we call ‘beneficial and sustainable gastronomy’.”

Almost all ingredients used at Narisawa are Japanese, and the chef trawls the country to find the best producers. Once he finds somewhere, he will liaise with them directly to ensure that they respect the environment and uphold the same values towards food and nature as he does. Therefore, with the produce purchased locally – if not regionally – Narisawa receives a new selection of fresh daily ingredients with which to create his innovative dishes.

“I get inspiration from everything in nature, such as the landscape, wind and temperature that I can feel on my skin, the scent of the air, plants and soil, the sound of stream and trees, edible plants, flavour and so forth.

“I visit the producers and the nature regularly and each season I see what produce there is on offer, and I use this to shape and direct my dishes.”

As a result of this dedicated philosophy, the menu at Narisawa comprises sustainable ingredients that are faithful to the surrounding environments. A dinner at Narisawa is a journey through Japanese culture and seasonality at the time, demonstrated by the best available products in a tasting menu of 10 dishes inspired by the forest, the sea, or mountains and their tones, smells and textures.

“I use the ingredients that don’t harm the environment and create dishes in harmony with nature, using the inspiration that I get from each habitat, such as ‘Scenery of Satoyama’, ‘Forest and Sea’, ‘Soil Soup’ and ‘Water Salad’. With seasonality being so important for me, I ensure that I use the best ingredients of the period and then think about the best way to cook them.”

With seasonality being a defining character of the menu, the dishes are fleeting and eclectic, and all are an authentic reflection of the Japanese terroir. Depending on when you visit, dishes on the menu can range from a poisonous snake broth fished from the waters near Okinawa, or warm sashimi made from Suruga Bay langoustine. Among the standout dishes served at restaurant Narisawa, one of chef Yoshihiro’s signature dishes is his Wagyu beef-rump roast, marinated in leek, basted in olive oil and carbonised on the outside.

As with the food, the wine menu at Narisawa is also an ode to the finest winemakers in Japan. He has travelled the length and breadth of the many islands to curate a wine collection that includes pinot noir from Nagano, Bordeaux-style blends from Yamagata and rieslings from Iwate. All of which shows that even though Narisawa’s plight for sustainability, provenance and innovation goes beyond the visual or the culinary, he seems to have never lost sight of the importance of good-tasting food and drink.

Essentially, Narisawa has developed a unique personal language to speak about what concerns him most: nature and our relationship with it, all via the medium of food. The gastronomy of Narisawa is a truly poetic reflection of his love for the art, philosophy and terroir of his native land and Japanese spirit.

“Even when I am not working I’m always thinking about cooking, so my day off is also related to my creation. Whether this is going to the forest, mountains and sea or visiting the producers, I am always developing my knowledge and understanding of my native landscape.”