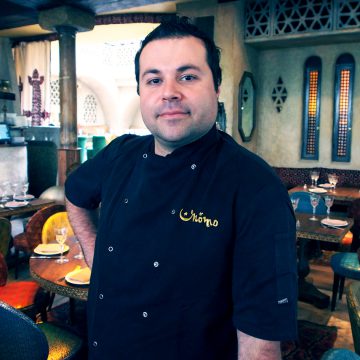 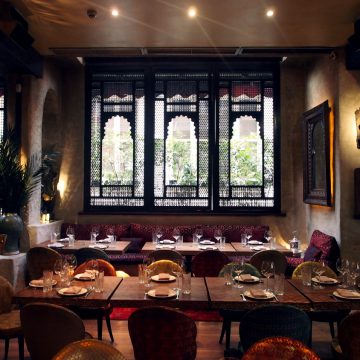 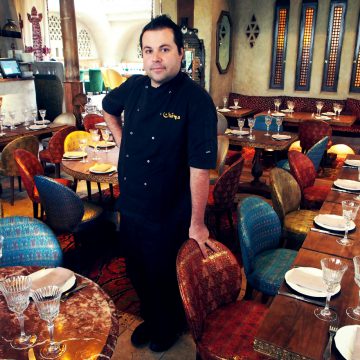 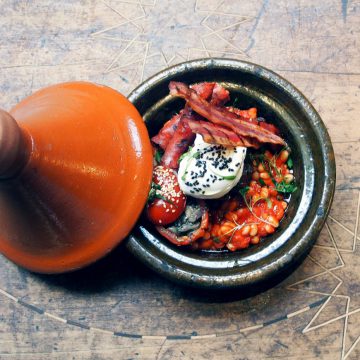 British brunch is flying out the windows of London-based Momo next month, as it embarks on its new Weekend Voyage series. In its place, a North African-inspired menu, with hints of traditional brunch seeping through.

Head Chef, Philippe Agnello will be cooking a Full English is a tagine, with coco beans in charmoula sauce, merguez, garlic mushroom stuffed tomato and poached eggs. He will also grace the menu with his interpretation of the British Roast, including lemon, honey-marinated charcoal-roasted chicken, or slow roasted lamb with North African spices and greens.

Brunch will be followed by a programme of classic and contemporary European and North African films, curated by founder Mourad Mazouz. Downstairs, in Momo’s lounge, you’ll be able to sink into an armchair and enjoy mint teas, North African Bloody Momos and cinema snack, alongside the film.

Philippe serves up an exclusive mix of North African and Mediterranean cuisine inspired by his travels to Morocco; the country’s rich history and traditions; the generosity of the people; and the hospitality and warmth of those he met there.Head chef at Momo, Philippe’s recipes reflect his passion for flavoursome, welcoming food and well-sourced ingredients as he strives to recreate this Moroccan spirit of generosity in the heart of London. His recipes are highly-regarded interpretations of popular North African dishes – from briouats and tagines to wood pigeon pastillas, gorgeous Maghrebin pastries, and Momo’s signature mint tea.

Heat the olive oil in a large saucepan over a medium heat.Add the onions and crushed garlic to the pan and gently sautee for two to three minutes, before mixing in the peppers and tomatoes – careful not to stir too much.Cover and leave to cook on low heat for 30 minutes.Add seasoning to taste, mix gently, and cook for a further ten minutes.

In the meantime panfry the merquez in a little olive oil for about five minutes. To serve, place two large spoonfuls of the tomato and pepper sauce into the centre of a tagine, add eight to ten merguez slices, depending how generous you’re feeling, and break an egg on top. Cook in the tagine until the egg looks jellied, then sprinkle with salt, pepper, cumin and parsley to taste. Finish off with a drizzle of olive oil. 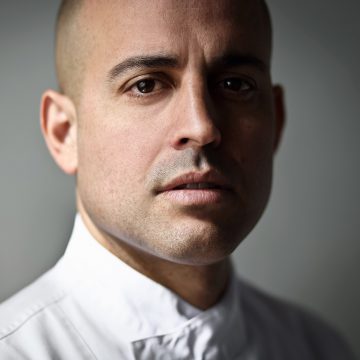 Chef Meir Adoni was born in Eilat, the most southern town in Israel. His Moroccan heritage and the traditional cuisine that surrounded him is echoed throughout his cooking. His philosophy revolves around respect for traditional flavours and ingredients, adding modern interpretation and pushing boundaries to launch each dish into unchartered territory. At age 22 Meir

Founder of Xerjoff perfumes, Sergio Momo tells us about what his perfect weekend would be…