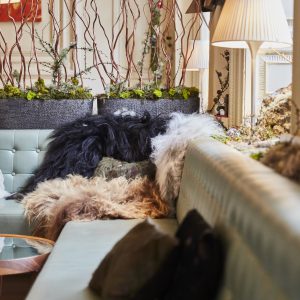 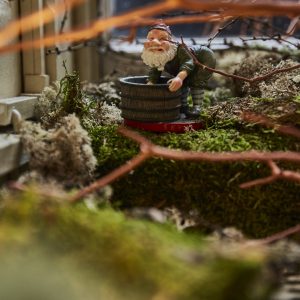 Sip on Icelandic-inspired cocktails at this exciting new pop-up from one of London’s best restaurants.

There’s no need for a plane ticket to try a taste of Iceland this winter. Instead, pay a visit to the Eldur & Ís (Fire and Ice) Reyka Vodka Bar at Texture – Aggi Sverrisson’s Michelin-starred London restaurant.  This winter, the Marylebone restaurant’s opulent champagne bar will be transformed into a traditional Icelandic setting… and it’s a feast for every sense.

Forget the usual tinsel and bauble-decked affairs. Copper trees, a live moss-covered bar, sheepskin throws, and original Icelandic lava rocks create a stunning Nordic scene where vodka, champagne and Aggi’s signature dishes will transport guests across the Atlantic to the island of fire and ice.

Whether taking a break from shopping on nearby Bond Street or adding a touch of elegance to your pre-Christmas catch-ups, pull up the stool at the beautiful Eldur & Ís Bar and enjoy cocktails made with Reyka – a handcrafted vodka filtered through lava rock and distilled in Iceland’s first geo-thermal distillery.

Head Sommelier Alan Bednarski has expertly crafted three exquisite Reyka vodka cocktails – and after a few sips, you’ll be bound to feeling inspired from the Icelandic ingredients. Priced at £13.50 each, choose from the Espresso Mosi with liquorice/fennel seeds, Mr. Black Coffee liqueur, and espresso served with Icelandic moss and dry ice; an Aggi Martini with lime leaf, lemongrass, ginger infusion, lemon, and Noilly Prat vermouth; or a Katla – named after a large volcano in southern Iceland – with Alain Milliat, Chambord and lemon juice, all served alongside Icelandic delicacies of Smørrebrød.

For those who prefer fizz with their festivities, the bar offers one of the biggest ranges of champagnes in London. There’s over an impressive 140 by the bottle and five by the glass – and if tat doesn’t suit, sip on a selection of champagne-based cocktails. Bottoms up!