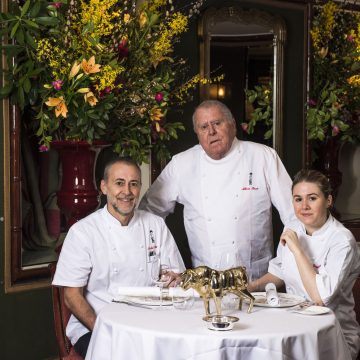 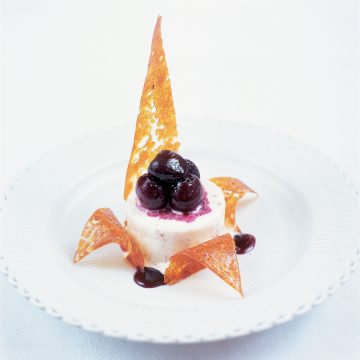 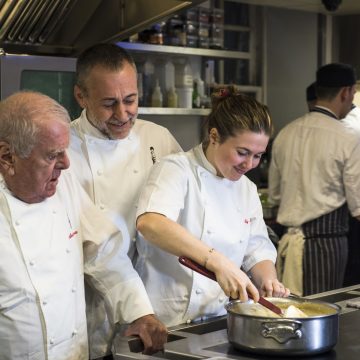 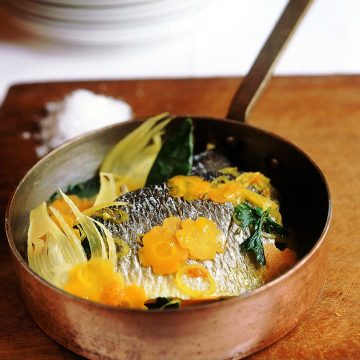 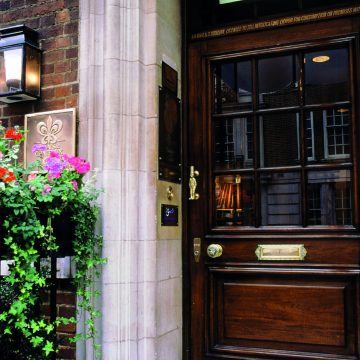 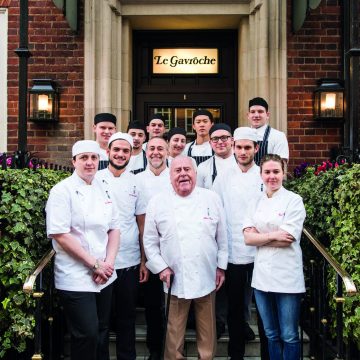 Masters of their trade

Forming part of the illustrious cooking dynasty is Michel Roux Jnr, who has been manning the helm since 1991 and has since led the classic French restaurant into the present era with his contemporary approach to ‘cuisine bourgeoise’. Looking back at his early years, Roux Jnr says, “I was basically born in the kitchen. My mother went into labour in the kitchen, and I suppose from then on it became my second home. I come from a whole family of cooks, so it was the natural path. I never felt pushed into it, either – it really is a passion of mine.”

After deciding to follow in his father’s footsteps, he left school at 16 for the first of several challenging apprenticeships at Maître Patissier, Hellegouarche in Paris from 1976 to 1979. “I would say one of my biggest influences in the kitchen was my mentor at the first apprenticeship that I did in Paris at Hellegouarche. He never shouted and always kept his temper, but was also a very tough man. He taught me a lot – he was always firm but fair, which is something I feel is very important.”

He then went on to become commis de cuisine at Alain Chapel’s signature restaurant at Mionay, near Lyon. Following this, his military service led him to the kitchens at the Élysée Palace at the time of presidents Giscard d’Estaing and François Mitterrand. He also spent time at Boucherie Lamartine and Charcuterie Mothu in Paris, and Gavvers Restaurant in London.

After a stint at the Mandarin Hotel in Hong Kong, he returned to London and worked at La Tante Claire before joining the family business. He took over running Le Gavroche in 1991, gradually changing the style of cooking to his own – classic French with a lighter, modern-day twist.

“Naturally, the dishes have evolved and been tweaked along the way, but they are still inspired by the early menu. There is a fine balance between keeping the dishes classic and also making them contemporary. My style has definitely changed since I first started cooking. It is also altogether a more contemporary style of French cooking to that of my father’s, but as is my daughter’s to mine.”

An icon on London’s culinary scene, Le Gavroche has been known for providing classic food with stellar service since 1967, when brothers Michel Snr and Albert Roux opened the first of the dining concepts. “From knowing my father and knowing his attitude towards food, the initial concept for the menu would have originally been inspired by classic house cooking. These are dishes that consist of large portions and made for two or more – so ducks, chickens and with a lot of carving at the table.”

When Roux Jnr took over from his father Albert in 1991, he relaxed the dress code, which up until that point had required men to wear ties. Even more recently, he also made it OK for men to no longer require a jacket while they dine – a first for the restaurant.

However, apart from the tweaks, the restaurant remains virtually the same in style and ethos. Michel Roux Jnr puts the success of the restaurant down to the continuity of the service and atmosphere. “I think that the whole dining experience is important, so this means consideration of all the elements, not just the food. The dining experience goes well beyond just what’s on the plate. The décor, the service, the wine, the cutlery, the materials – they all form part of the experience and journey.”

French cooking is often associated with haute cuisine and dishes that could be taken directly from the banquet tables of aristocratic nobles, but there is also the tasty, inexpensive cuisine, or ‘cuisine bourgeoise’, that French families eat every day. This is something that Michel, and his elder family before him, have tried to channel through their dining ventures.

“We want guests to feel as comfortable as possible. Some people may have never have been to a restaurant like ours before, so we want to make them feel at ease and that they enjoy the food and have a good time. This is important, because the restaurant is definitely an ‘occasion restaurant’ with some people having come here for more than 30 years to celebrate anniversaries. The décor tries to reflect this: we have a formal yet contemporary design with white linen table cloths, linen wallpaper to absorb sound, banquette seating, carpets – all of which make a comfortable ambience, yet make the occasion seem special”, says Michel Jnr.

With a regular clientele and a reputation for having a deep respect for the classical foundations of French cooking, the restaurant has been showered with Michelin stars since 1982. It became the first UK restaurant to be awarded three Michelin stars, and even though it subsequently lost its third star in 1993, it has maintained the coveted two stars ever since.

“I don’t think the accolades were the driving force for my father. I think his approach has always been towards the customer service and the experience, and then the accolades follow. I think this can be the problem now with younger chefs, who strive for the awards first and perhaps miss out the finer details of dining experience.”

The Gavroche team honoured the anniversary throughout 2017. “We had lots of exciting events to celebrate the anniversary over the course of the year, and many people that we continue to raise a glass with. We also teamed up with Little Bird Gin, a independent gin maker from south London, who made us a special-edition blend for the anniversary year.”

“I’m incredibly proud of the restaurant’s 50th anniversary, and the journey it’s taken to get here. My father and uncle opened the restaurant and made it one of London’s legends. To be able to continue that legacy and bring it to this historic landmark is one of the great achievements of my career,” says Roux Jr.

For the chef patron, 2017 has also saw plenty of other projects that kept him busy, including the opening of The Wigmore at The Langham Hotel, London.

“I have opened up a luxury pub inside The Langham. It is a classic British pub serving traditional dishes with a twist, so hand-raised veal pork pies, ploughman’s lunches and so forth. It is just a great place to get a delicious food and a nice drink. I think people are getting quite tired of dots on plates, foam and playing hide and seek with their food. I think people want to be able to recognise what they are eating and enjoy the food for what it is. So, I think purity with dishes is occurring, and simplifying a dish so that people feel like they are eating proper food.”

Based within the Marylebone hotel’s former banking hall, the pub is connected to the hotel but has its own Regent Street entrance. Michel Jnr is overseeing the menu of British classic dishes, while the drinks list has been curated by the team behind the hotel’s Artesian cocktail bar, which has previously been voted World’s Best Bar for an unprecedented four years in a row.

With the Roux legacy still thriving, Michel Roux Jnr doesn’t show any signs of stopping; when he isn’t busy in the kitchen, or at his cookery school Cactus Kitchens, he can still be found surrounded by his greatest passion – food. “Perhaps when I retire this might change, but then I don’t think you can ever really retire from cooking.”