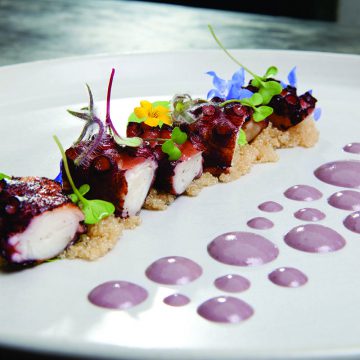 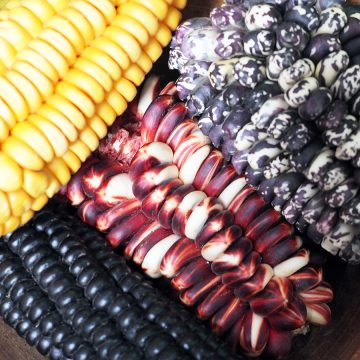 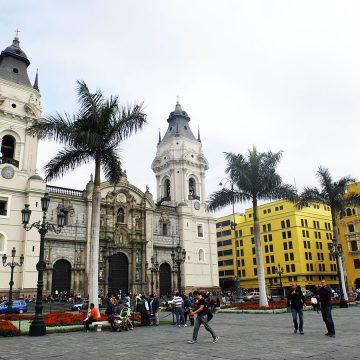 Sarah Gilbert travels to Lima and falls in love with its local food, fresh fish and fabulous fine dining…

If the draw of Machu Picchu, colonial Cuzco, Lake Titicaca and the Amazon rainforest once pushed food way down the list of reasons to visit Peru, that’s rapidly changing.

Its geographical mix of mountains, coast and jungle, added to hundreds of years of immigration – from the Spanish conquistadors to Chinese and Japanese workers – has created an eclectic cuisine that few other countries can match. And an increasing number of home-grown chefs are sourcing local ingredients, reworking the country’s classic dishes and creating restaurants that regularly appear on the world’s best lists.

Lima is the country’s gastronomic hub. With the Andes and the Amazon both only an hour’s flight from the capital and the coast on its doorstep, there’s a phenomenal range of produce available. In fact, much of the produce we take for granted today, including potatoes – some say there are upwards of 2,000 varieties – tomatoes, chillis and the super grain quinoa, is native to Peru.

Gastón Acurio, known as the Godfather of new Peruvian cuisine, has built up a global empire. At flagship Astrid y Gastón, he’s renowned for his innovative take on traditional dishes, including reinvented Peruvian staple ceviche, raw fish ‘cooked’ in lime juice and served in a tangy sauce known as tiger’s milk; the humble causa – cold mashed potato layered with seafood and avocado – recreated in gourmet form, and Andean lamb served with a confit of paiche, an Amazonian fish.

Virgilio Martinez worked at restaurants around the globe before returning to Lima to open Central. His creative tasting menu is a revelation, combining the finest produce from around the country, including his organic farm in the Sacred Valley and the restaurant’s mezzanine-floor garden. He takes age-old, often pre-Hispanic, ingredients and gives them a contemporary twist in dishes such as tender suckling pig smoked over fragrant palo santo wood and sorbet infused with eucalyptus dry ice.

Peru has some of the most abundant fishing grounds in the world, thanks to the icy Humboldt Current that runs along its Pacific coast – one of the reasons Japanese chef Toshiro Konishi came to Peru in the 1970s to work with his friend Nobu. He never left, becoming a master of Nikkei, Peruvian-Japanese fusion, and at Mesa 18 he serves up tiraditos, slivers of raw fish that are a cross between sashimi and ceviche, and ceviche maki – a sushi roll of salmon and avocado, covered in white fish slices marinated in lime juice and chilli.

And it’s not all about fine dining; street food is enjoying a renaissance too. In small, inexpensive huariques, you’ll find hearty traditional dishes, such ascaldo de gallina, a rich chicken stew spiced up with the yellow aji pepper – a popular hangover cure – and the ubiquitous papas a la Huancaína, slices of boiled potato in a spicy, cheesy sauce.

Chinese-influenced lomo saltado is stir-fried beef, tomatoes, peppers and onions, served with a double-carb helping of rice and chips; while anticuchos are the Peruvian take on kebabs – chunks of beef heart marinated in vinegar, garlic, cumin and chilli, skewered and grilled over charcoal. All washed down with chicha morada, a non-alcoholic drink made from purple corn.

Much of the Amazon’s bounty is still untapped but Pedro Miguel Schiaffino has been labelled the ‘Heston Blumenthal of South America’ for his use of esoteric jungle ingredients. At his restaurants Malabar and Amaz, he uses as many Amazonian products as possible in dishes such as tofu flavoured with chonta (heart of palm), served with a catfish caviar and cecina (dried, salted pork) broth. You can even get a jungle-style Pisco Sour. Peru’s iconic cocktail – a mix of grape brandy, lime juice, egg white and a dash of Angostura bitters – is blended with cherry-sized camu-camu, a super fruit that, gramme for gramme, deliver 30 times as much Vitamin C as oranges.

Pisco itself has only recently emerged from oblivion to become a favourite of master mixologists the world over. What better way to toast Peru’s gastronomic renaissance.

The author flew to Lima with American Airlines (www.americanairlines.co.uk) and stayed at Hotel B (www.hotelb.pe). Mistura (www.mistura.pe), Latin America’s largest gastronomy fair, is held in Lima every September. For more information on Peru visit www.peru.travel.