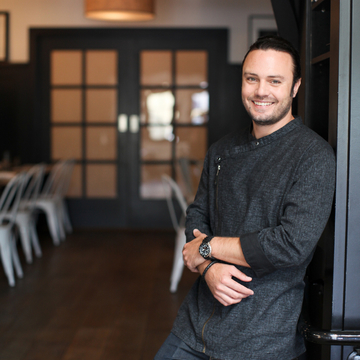 “If you could take a plane ride anywhere in the world, just for one meal, where would you go?”, FOUR asked Chef Myers. Here’s what he said…

“Arashiyama Kitcho in Kyoto. This is an iconic restaurant in Kyoto that is only accessible by boat. The place perfectly exemplifies a place where nature meets food. Their techniques and traditional ways of crafting their dishes is truly art. No other dining experience can make you feel rejuvenated as much as this.”

Le Mas Candille in the Côte d’Azur are proud to announce that their head chef David Chauvac has been awarded his first Michelin star. David took over the reins as head chef last April after working as sous chef in the restaurant for nine years. This is the tenth consecutive year that the restaurant ‘Candille’ itself has held a star. David Chauvac is from the Cannes region himself and has a typically Provençal cooking style; creating light and innovative Mediterranean dishes with Asian influences.

Come and walk on the wild side with David Everitt-Matthias, devoted owner of the UK’s Le Champignon Sauvage in the Cotswolds…

New restaurant Long Chim will draw inspiration from the streets of Bangkok with Chef Thompson at it’s helm, launching in the last quarter of 2014…