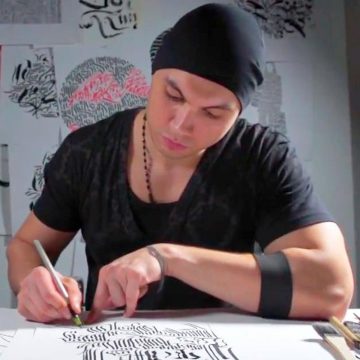 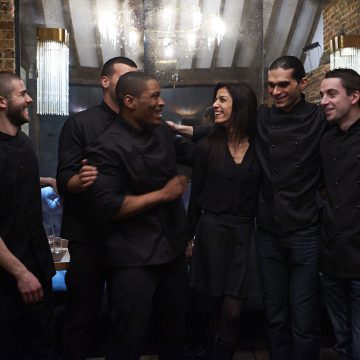 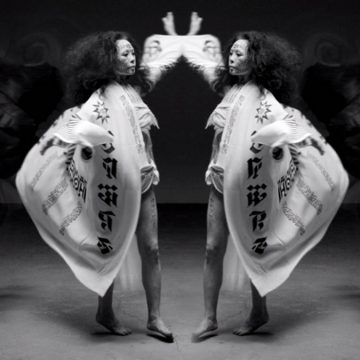 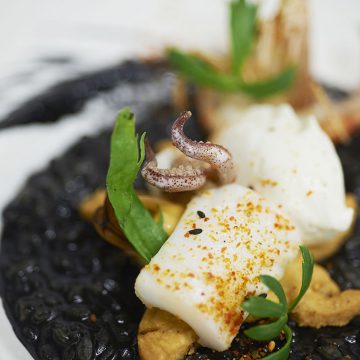 Over the summer we are hosting Kaiseki by Kitchen Theory: our experimental Japanese inspired series of dinners, at the same time we have our modernist afternoon tea series entitled ‘Pays des Merveilles’ (translates into ‘Wonderland’). Following this; in September we are launching our Nordic themed series entitledNáttúra by Kitchen theory (an Old Norse word which translates into ‘Nature’).

Describe the philosophy behind Kitchen Theory in 5 words…

What events are coming up in Kitchen Theory’s calendar?

We have several events coming up! Over the summer we are hosting Kaiseki by Kitchen Theory: our experimental Japanese inspired series of dinners, at the same time we have our modernist afternoon tea series entitled ‘Pays des Merveilles’ (translates into ‘Wonderland’). Following this; in September we are launching our Nordic themed series entitledNáttúra by Kitchen theory (an Old Norse word which translates into ‘Nature’). We are very much looking forward to this latest series which has been worked on since early this year and will be our interpretation of Nordic cuisine.

Where do you think the line between modern gastronomy, art and science lies?

I think there has always been a link between all three, it’s just nowadays that it is being fully explored and appreciated. Chefs like Ferran Adria broke the boundaries (on the culinary science side as well as the artistic side – especially with elbulli’s participation in Documenta 12 in Kassel). In my opinion the lines are blurred, however it is so important to get the balance right and remember that although a guest is coming for a new experience; they are also there to enjoy a good meal and the pleasure of their fellow guests at the table. Some restaurants (and especially pop ups) go too far with the ‘molecular gastronomy’ or art focus and neglect the meal, others are too focused on the food and forget that this is all about the guest and their experience. Modern gastronomy is a wonderful way for creative chefs to express their love for gastronomy through the utilisation of modern techniques (derived from scientific knowhow) and artistic inspiration (whether it be an artist or Mother Nature)

Do you cook at home using Molecular Gastronomy?

I get asked this quite a bit and the main point is this; molecular gastronomy is a term which relates to a scientific discipline which looks at the physical and chemical reactions which take place in foods when modified, the term itself was coined by Professors Nicolas Kurti and Herve This. Saying a chef is a ‘molecular gastronomy’ chef is like calling an accountant a mathematician! Modernist chefs use the findings of molecular gastronomy as a basis for developing new ideas for the kitchen, but at the end of the day all cooking is scientific depending on how you look at it. As we may have all experienced at some point; the time, temperature and size of an egg will all effect the final outcome of how it is cooked; modernist chefs will go away study the research and then play with these variables to innovate something new! So yes I do transfer some of my more science based cooking knowledge into the home kitchen, but its never involved the more popular hallmarks of ‘molecular gastronomy’ such as spherification or liquid nitrogen, at least not yet!

First of all I have to say; I love going for afternoon tea, it is such a great English tradition. Given that I am French I really wanted to join my love for French pastry with afternoon tea.

Tell us about your collaboration with Kitchen Theory..

I have worked in Michelin starred restaurants and five star hotels for many years and I really enjoyed my time in these places, however as yougrow as a chef it also awakens a desire in you to want to express your own creativity and I feel that my work with Kitchen Theory allows me unlimited scope for exercising my creativity and pushing myself to continually improve and refine my pastry work. I love working with the team as we all know each other from previous work places and this makes it a really enjoyable experience, plus there is a lot of interaction with the guests, which is always a nice thing!

How will your culinary experiences affect the event?

First of all I have to say; I love going for afternoon tea, it is such a great English tradition. Given that I am French I really wanted to join my love for French pastry with afternoon tea. I have been fortunate to have worked for some great chefs including Helene Darroze in her 2 Michelin star restaurant at the Connaught Hotel. This experience along with others has allowed me to develop skills in many different aspects of the pastry kitchen including; working with chocolate, bakery,viennoiserie, petite fours and so on. So planning an afternoon tea has allowed me to work on and further refine some of these skills.

Do you cook at home using Molecular Gastronomy?

It really depends on what you mean by ‘molecular gastronomy’, in our Kitchen Theory experimental kitchen we do use a range of modern techniques and ingredients. I am always looking for new ways to diversify my knowledge of new techniques and this will always impact my dishes whether they be for the guests or at home, but am I using syringes and liquid nitrogen at home? No.

Our senses formalize the world around us and allow us to create new and meaningful memories and connections. I think it’s only natural that we progress towards ways of communicating ideas and stories to our sense in more convergent ways.

Describe your artistic philosophy in 5 words…

Craft and Concept over Hype.

Tell us about your work at Kaiseki by Kitchen Theory..

I’ve had the honor and pleasure of working with Jozef Youssef and his incredible team on this collaboration, which came about in a very honest and organic manner. Our idea was to really push the boundaries of how the world of Art and Film can collide with the Culinary arts. The result is a unique presentation of a lyrical journey which takes its attendees through a world of beauty and exquisite taste.

Kaiseki was inspired by my debut film,Scriptura Vitae (scripturavitae.com), which I was commissioned to create by Channel 4 in the UK.

All of the elements of the collaboration have been hand-crafted and thoughtfully designed to embrace both the vision of Jozef and his team, and the aesthetic language of the film.

We’ve collaborated on everything down to the Chef’s jackets. We’ve even created a very special limited-edition plate which is adorned in 22k gold and which serves as a icon of the collaboration.

You seem to have worked with many notable public figures, and across many platforms – how will this previous experience influence your work with Kitchen Theory at Kaiseki?

I’ve been fortunate to work and collaborate with some amazing talents and brands like Kanye West and his creative team, the label KENZO, Nike, most recently with Diane Von Furstenberg and her team on the CFDA Awards held at Lincoln Center. All of these experience have a commonality to them and essentially I approach them all in a very similar way.

I’m blessed to be able to walk a line between Designer and Artist where I’m approached to develop creative solution, but to do so basically with complete artistic Freedom. I’m approached by these people for the work that I naturally do. Because of that I’ve been able to work on a wide breadth of projects over the years, all of which may not look exactly the same, but if you look beyond the surface I think you’ll see a similarity conceptually and aesthetically.

With Kitchen Theory it was very much the same approach and we organically came up with the concepts and ideas to tell this story together.

Where do you think the line between modern gastronomy, art and science lies?

This is a great question. I think the lines essentially overlap. If you look at the works of Scientest/Chef Nathan Mhyrvold or some of the great Spanish Chefs out there… they blur the lines between gastronomy, art and science readily.

For me this is the most exciting prospect of my work; the ability to collaborate, and to do so in a very organic and natural way. I’m interested in communicating with audiences, be it through film, fashion, paintings and even 9 Course Kaiseki meals. Our senses formalize the world around us and allow us to create new and meaningful memories and connections. I think it’s only natural that we progress towards ways of communicating ideas and stories to our sense in more convergent ways. Kaiseki represents this concept for me and I am really looking forward to exploring this convergence in my work and future projects.

What is the psychologist doing in the kitchen, you may ask? Welcome to the all-new world of “Sensploration”.

A London-based experimental kitchen is challenging conventions of food with an insect-oriented culinary adventure that introduces diners to the delights of Mexican critters.

How do our senses work together to make a meal unforgettable?