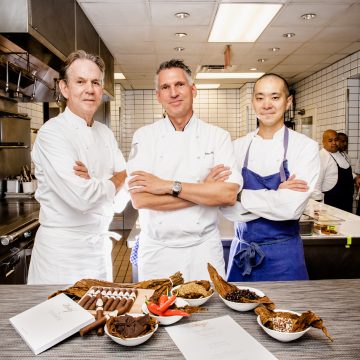 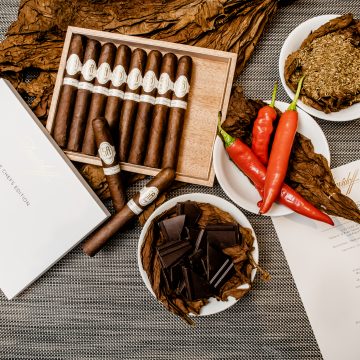 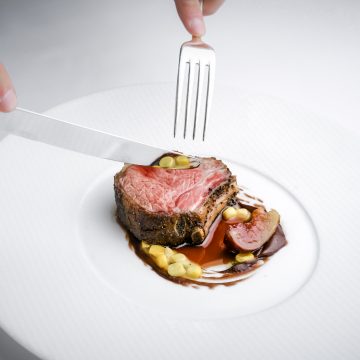 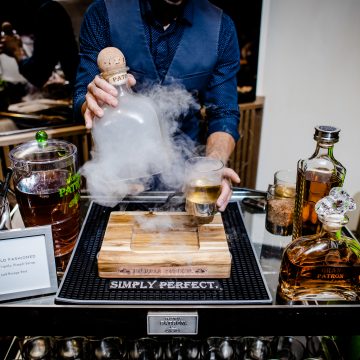 Top-quality, handmade cigar producer, Davidoff, has partnered with five of the best culinary minds worldwide to create their second Chefs Edition of specially blended cigars in commemoration of the luxury brand’s 50th anniversary.

For the latest Chefs Edition, Davidoff joined forces with Thomas Keller from The French Laundry in Yountville, USA; Alvin Leung from Bo Innovation in Hong Kong; Klaus Erfort from his eponymous GästeHaus Klaus Erfort in Saarbrücken, Germany; Heiko Nieder from The Restaurant at The Dolder Grand in Zurich and Shaun Rankin from Ormer Mayfair in London to create an exclusive cigar that uses top-class ingredients to showcase a new, stimulating taste experience. The Chefs together boast a stellar 12 Michelin stars, proving that they are indeed true masters of flavor, and thus, the perfect choice for a partnership with Davidoff.

“In bringing together the creative powers of international kitchen pioneers with Davidoff’s cigar visionaries in the Dominican Republic, we intended to create an extraordinary cigar experience inspired by flavors from the four corners of the world,” says Edward Simon, Davidoff’s Chief Marketing Officer. “These highly acclaimed Chefs and Master Blenders, whose mission is continually to push the boundaries of taste, have truly excelled in creating a blend and experience second to none.”

The five culinary cognoscenti share one passion and one mission with Davidoff’s leading Master Blenders: the desire to produce creations that, with their excellence, are able to beautifully fill in people’s time, creating the most memorable of moments.  Armed with their primed palates, chefs scour the globe for the finest ingredients in the same way that Davidoff tirelessly searches for and carefully selects its tobaccos.

The Chefs and Master Blenders alike are intent on preparing their exclusive ingredients in bold and innovative ways that delight and surprise the taste buds of their zealous consumers. After perfecting their creations, these pioneers of taste garner the utmost joy from witnessing people’s reactions to the fruits of their labor, realizing that they have curated an extraordinary experience that the beholder will not ever forget.

Chef Klaus Erfort explains: “Discipline and passion for your work certainly are the cornerstones of continuous success, but also the feeling of making guests happy. Seeing the smiling faces when they leave the restaurant in the evening is a consistent source of motivation.”

Davidoff, much like great chefs, knows no limits when it comes to finding new flavors and combinations. Imagination is the only restriction when it comes to sourcing, preparing and fine-tuning the very best ingredients. In this respect, Davidoff’s Master Blenders and these five select Chefs share many beliefs with regards to the importance of the ingredients and the precision of their preparation. The courage to take risks when experimenting with flavors and ingredients, and the ability to celebrate and feel happiness when the creations are a success, are also vital characteristics shared between the Chefs and Davidoff.

“I firmly believe that no true progress can be made without the best ingredients,” says Chef Shaun Rankin. “Only when you handle these with respect can you develop recipes and your own repertoire and personal style.”

To mark the Grand Finale of the Chefs Edition 2019 collaboration, a special event at 3-Michelin-Starred Per Se in New York was held on October 1st. In celebration of a partnership that began two years ago with Davidoff and five of the world’s most extraordinary Chefs and Taste Pioneers, the event highlighted the remarkable results that could be achieved when great minds unite, and that pairing pioneering Chefs with Master Blenders, just like chefs’ recipes, is a revelation.

The blend of the Toro cigar draws on influences from the Dominican Republic, as well as from the the Chefs’ home countries – Germany, Switzerland, USA, Great Britain and Hong Kong. The result is multi-layered and exquisite, rich and deep in flavour. Liquorice, oakwood, Szechuan pepper and leather give way to the warm intensity of coffee, cumin and chocolate with sweet, spicy undertones and culminate in end notes of eucalyptus and spice. This flavor profile makes the Chefs Edition cigar the idyllic after-dinner treat or as a unique accompaniment for a complex yet flawlessly balanced dish. A dish of this caliber, however, is one that could only be imagined by the world’s best chefs.

In light of this, Davidoff called on Chefs Thomas Keller and Heiko Nieder to use their culinary prowess to personally curate a unique four-course menu for the Chefs Edition 2019 Grand Finale Event at Per Se. Two courses were created by each Chef, and the dishes took inspiration from the tasting notes of the Chefs Edition cigar. A delightful fifth course was enjoyed with the Chefs Edition cigar and special pairing from Patrón Tequila at Davidoff of Geneva since 1911 at Brookfield Place in downtown New York City. This Davidoff store is one of seven Davidoff of Geneva locations in the United States, the sixth addition to the Davidoff retail family that opened in 2016.

The Chefs Edition – 50th Anniversary was limited to 5 000 boxes (50 000 cigars) worldwide when it was released in September last year, and was immediately sold out, except for 500 boxes in the US that were wisely kept for this special celebration.  The cigar’s wrapper is from the Dominican Republic and its binder Negro San Andrés from Mexico. The filler is a combination of Dominican (Piloto Visus, Yamasá Visus, San Vicente Mejorado Ligero) and Nicaraguan (Estelí Visus) tobaccos.

For more information on Davidoff and the Chefs Edition event, visit their website.