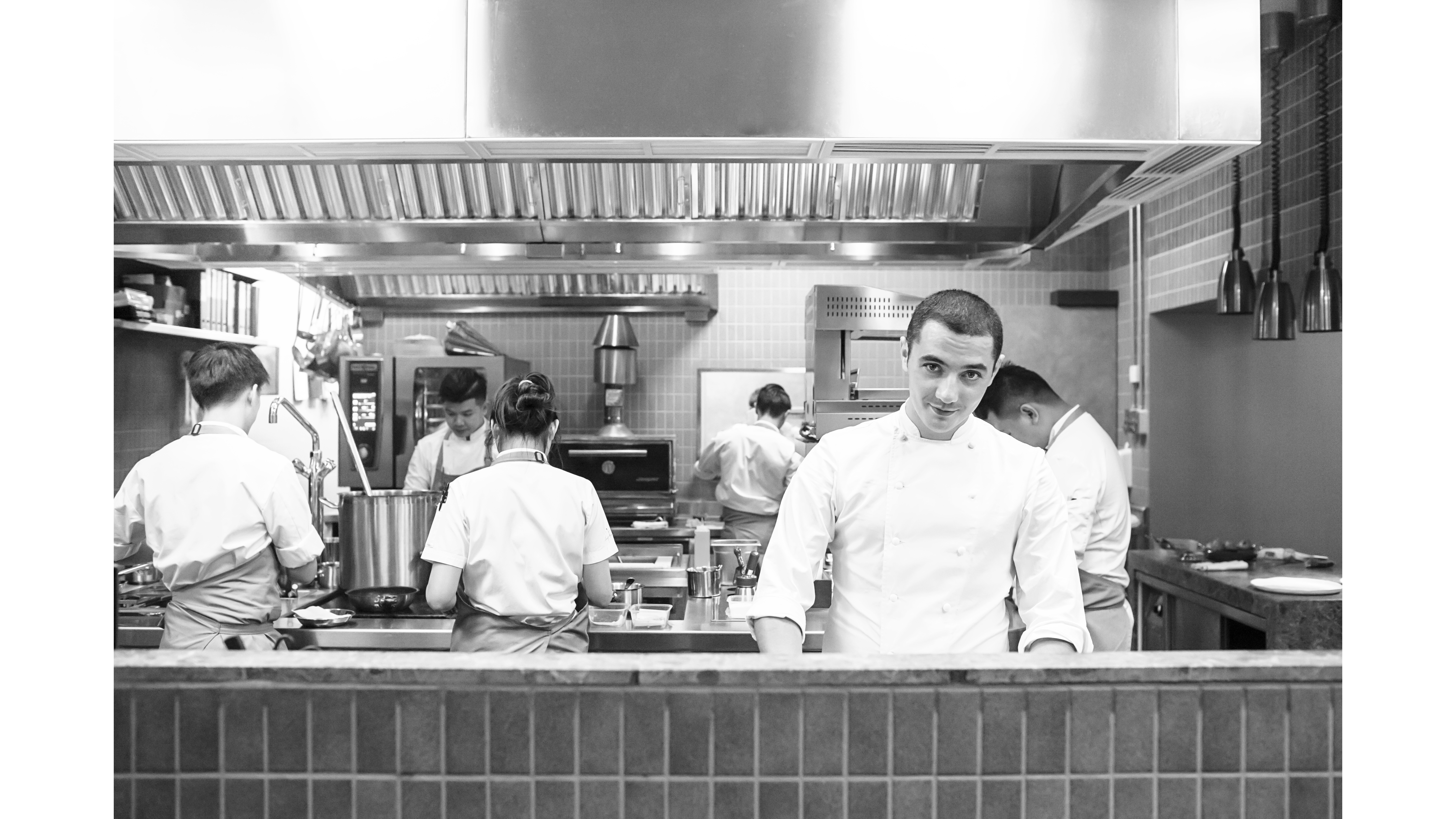 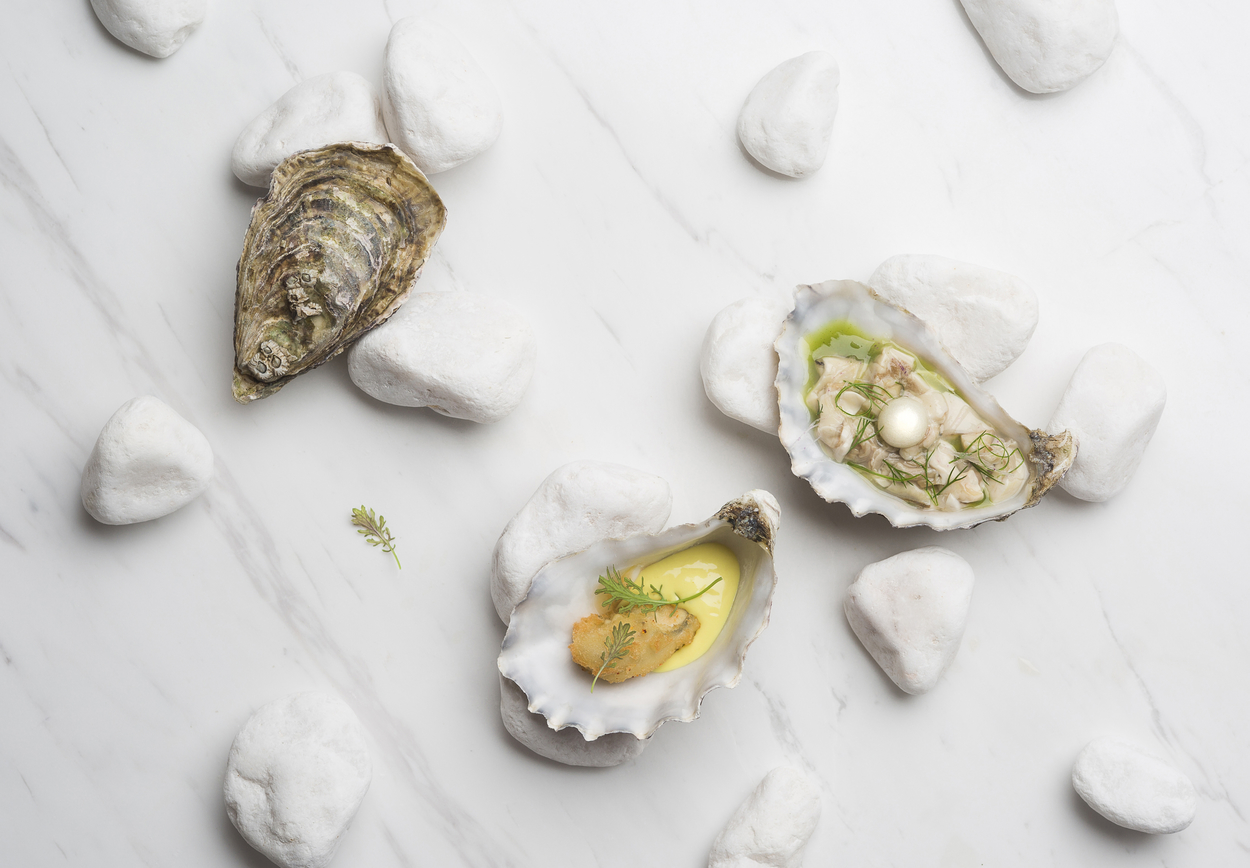 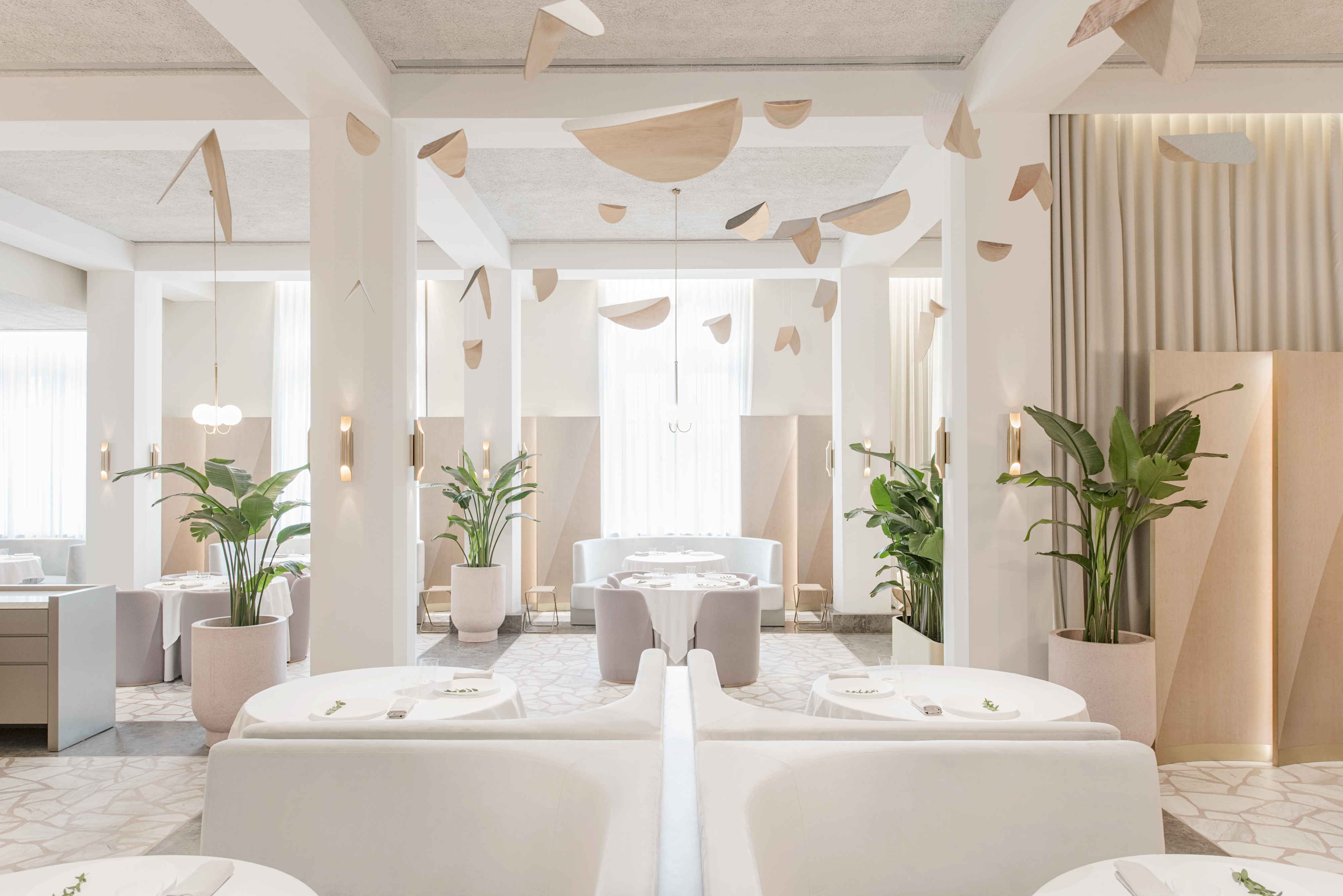 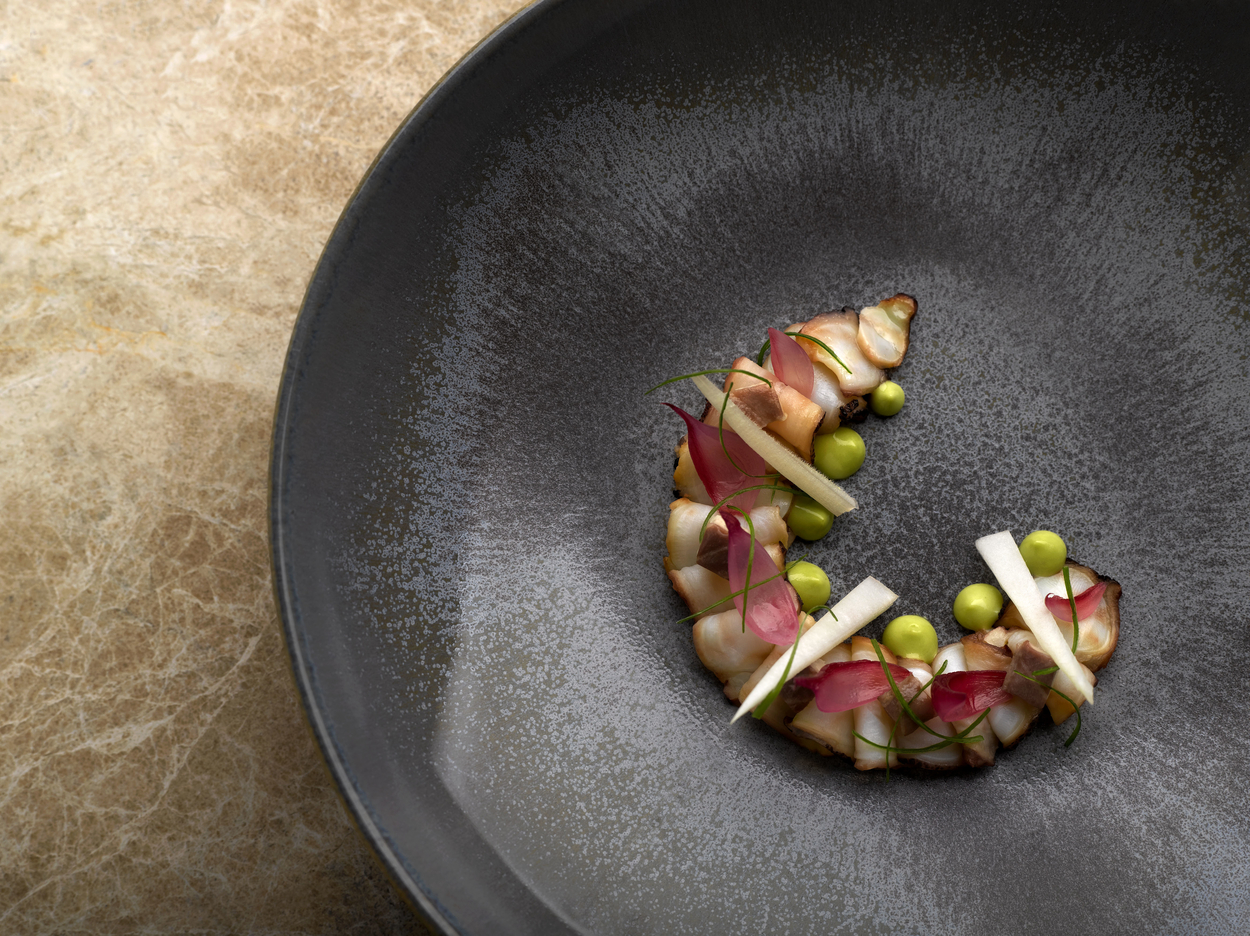 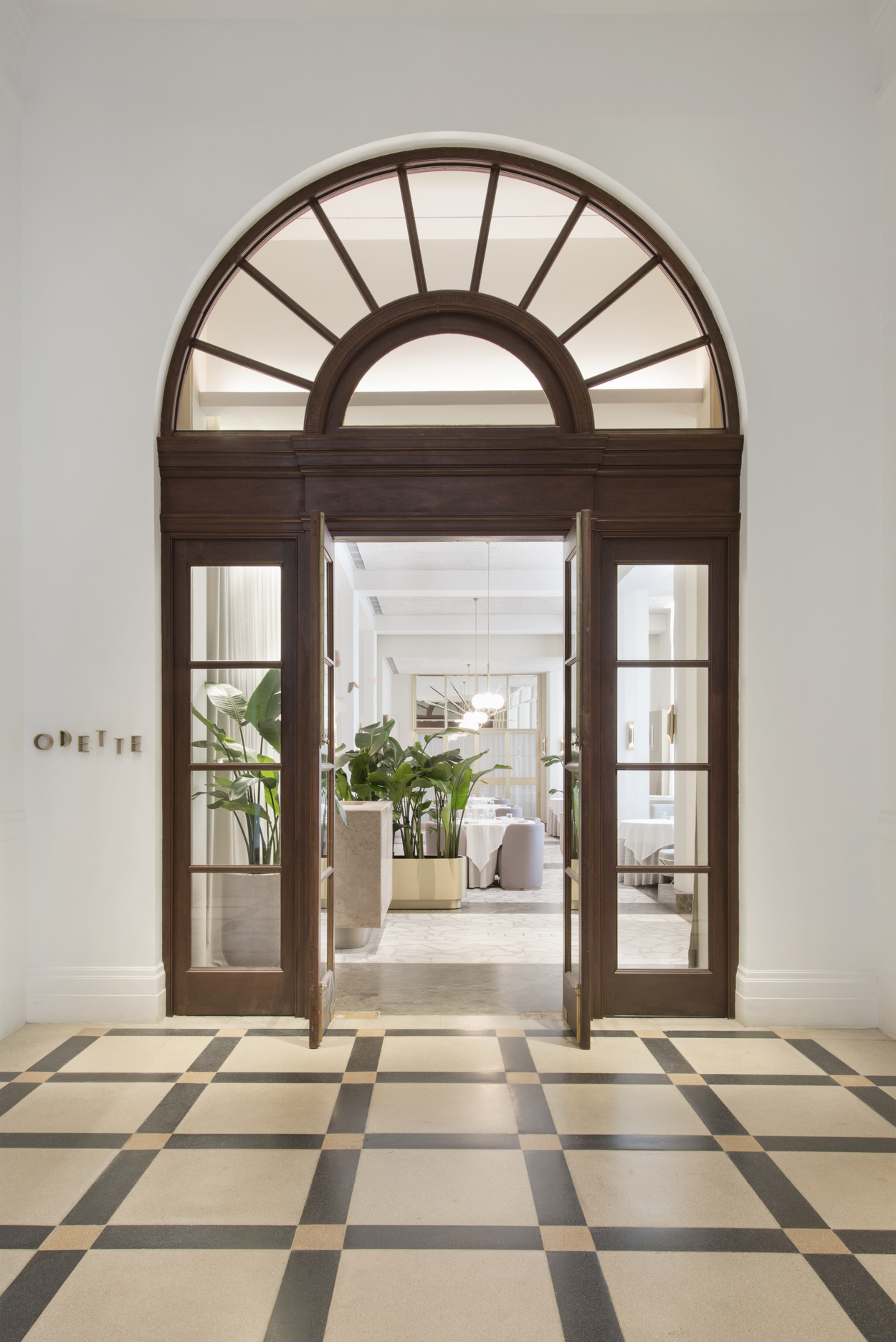 Since leaving the award-winning JAAN at Swissotel The Stamford to start his own project in 2015, Julien Royer’s journey has been something of a rollercoaster ride. During his four-year tenure at the Singapore restaurant, he won over diners and critics with his integrity and flawless cooking. JAAN received numerous accolades under Royer’s leadership, including coming in at 11th place on Asia’s 50 Best Restaurants 2015 list and 74th on the World’s 50 Best Restaurants 2015 long list.

Naturally, the departure meant that anticipation for his next move was high. But, now two years on, this charismatic chef has surpassed all expectations, with Odette maintaining two Michelin stars in this year’s Michelin Guide Singapore 2017, as well as a coveted 9th place on the Asia’s 50 Best Restaurants 2017 list – the highest new entry in the history of the list.

The chef is a bright star on Singapore’s current food scene and shows no sign of stepping out of the spotlight. He takes pride in offering guests a unique opportunity to taste exceptional ingredients at his restaurant in the heart of a city that is itself at the crossroads of the world.

But where did it all start for this young talent? Growing up in Auvergne in central France, Julien claims without hesitation “it was my upbringing that really defined my career and culinary philosophy today”. In a small rural village “where there were more cows than people”, it was standard practice to grow everything yourself. Because of this, he ascertains that he knows “the kind of power that can come from simple ingredients. Simple food can be very tasty. I want to bring that authenticity to the table.”

With his grandmother as his mentor, cooking came naturally to him, and he soon started developing a real passion for the culinary arts. “I would cook every day if I was not in school, but every weekend, without fail, we would bake tarts and pastries together. I wanted to tell stories through my food.”

As a tribute to his maternal grandmother Odette, who still remains one of the greatest influences in his life and the kitchen, he used her name for his first solo project. “Watching my grandmother cook, I realised the kind of joy and love you can demonstrate through food. The kind of emotions that can be passed through food was the impetus for me to start cooking.”

Nearly two years on, the award-winning restaurant continues to reflect grandma Odette’s belief in always ensuring the fundamental pleasures of enjoying a meal are delivered in the most thoughtful, welcoming and hospitable manner. “It was important that my restaurant was a space for people to feel comfortable in. I did not want our guests to be overwhelmed by a stiff space. Sometimes, fine dining is too serious. When you are comfortable, your five senses are on top form.”

Equally, having been exposed to fresh, quality ingredients throughout his childhood and formative training years, Royer has devoted much of his time to forging lasting relationships with some of the finest boutique producers from around the globe, including suppliers from Japan, France and Australia.

“The cooking at Odette is, of course, very much guided by the best available produce. It is also constantly evolving. From my formative years in France, European seasonal flavours are second nature to me. I have also lived in the Caribbean, London, Polynesia and now Asia, and developed a keener understanding of, and interest in, produce and flavours. All these inspire me in my cuisine.”

The dish is also just one element of Royer’s six- and eight-course French tasting menus, which are not only a hit with diners but have also pleased critics ever since their inception in 2015. In 2016, nine months after opening, Odette was awarded two Michelin stars. The restaurant then went on to make its record-making debut on the Asia’s Best Restaurants 2017 list. In the same year, Royer was named Chef of the Year for the second time at the World Gourmet Summit Awards of Excellence. Showing no signs of stopping, Odette’s showing at this year’s Michelin Guide Singapore also proved successful, with the restaurant maintaining its two-star accolade.

“Awards are a fantastic recognition for us as a team, but not our first priority. Our priority is to create unforgettable memories by presenting remarkable dishes made with the purest ingredients, delivered in the most thoughtful, welcoming and hospitable manner, and we will continue to devote ourselves to this commitment for as long as guests keep coming back.”

This level of success comes as no surprise, as the pretty-looking dishes are just a reflection of the whole, well-considered dining experience. This is brought to life at the National Gallery Singapore, which lies at the forefront of the island nation’s cultural scene. It’s a fitting location for food that is also at the forefront of Singapore’s culinary scene. Julian explains: “Singapore has an insane culinary scene for such a small country, really. The diversity, quality and choice are truly world-class. There are many interesting trends coming up and down. People are more conscious about healthy dining, and that’s something that interests me.”

In keeping with Julien’s whole ethos, the interior, much like the food, pays respect to its history and location. “To us, the National Gallery where Odette is located represents both the past and the future in one space. Stemming from its days as the Supreme Court and City Hall, the gallery continues to represent Singapore’s growth by being a true destination for world-class art and food.”

It also features an exposed kitchen tastefully enclosed by glass, while the soft palette of the décor manages to complement the colourful, delicate-looking dishes with the same intelligent balance. “Diners have the opportunity to witness the chefs at work, reflecting the openness and honesty of Odette that is central to the entire dining experience. We also have a chef’s table next to the kitchen that allows diners to see what we are doing – and we can see them. I want to feel connected to my guests.”

With just 12 tables and a small private room seating up to 10 people, Odette is a calm, elegant space that communicates warmth and comfort from the minute you enter. Most of the front-of-house team are local to Singapore, apart from Royer’s general manager Steven Mason, who came from Bristol to work alongside him. The dedicated kitchen team, which includes sous chefs Levin Lau and Adam Wan, have also stuck by Royer’s side as his culinary talent continues to reach new heights. “Ultimately, Odette is also a celebration of people – the people who grow and nurture our produce, the people who cook, the people who serve, and the people who entrust us with the honour of serving them.”