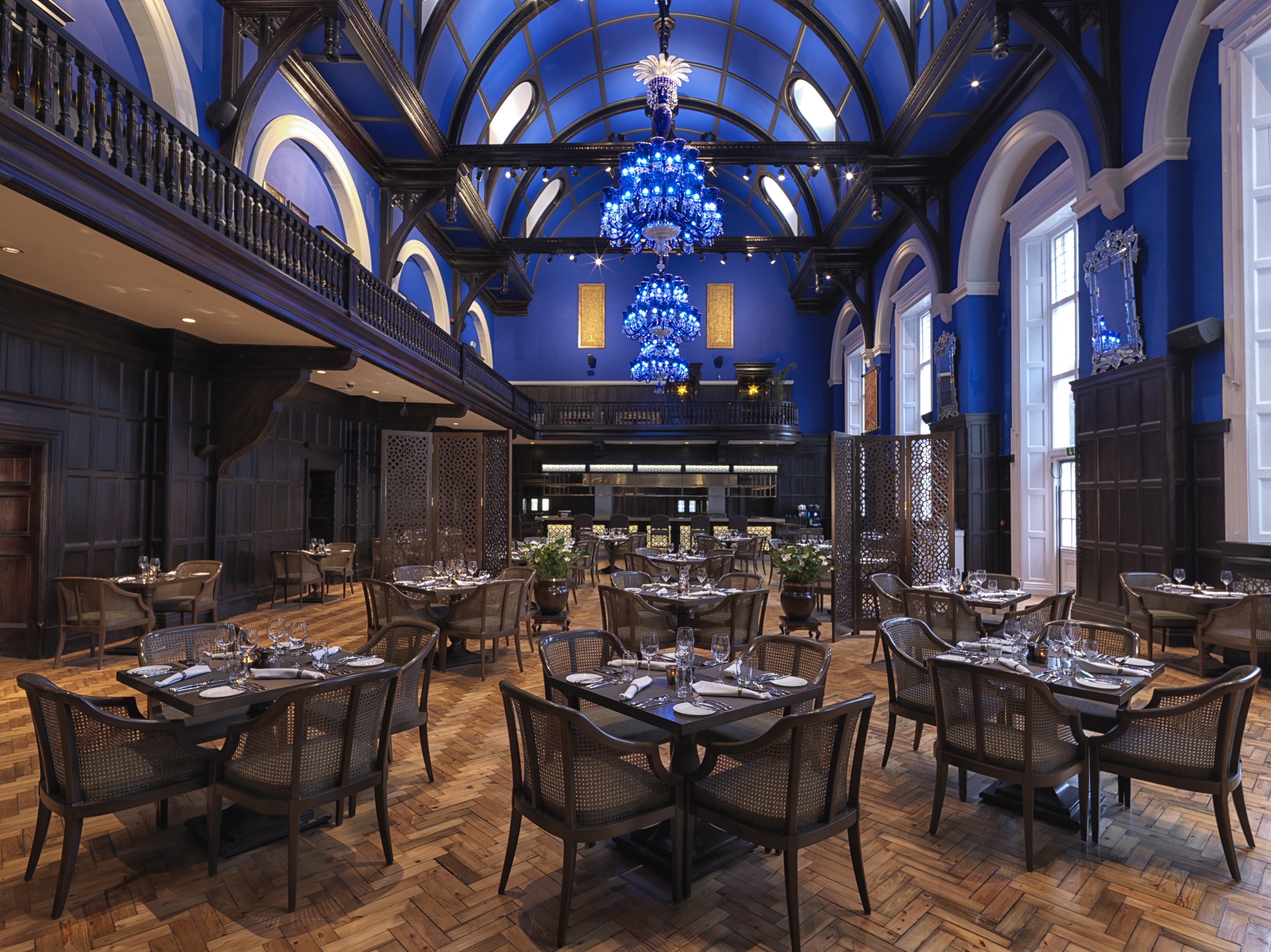 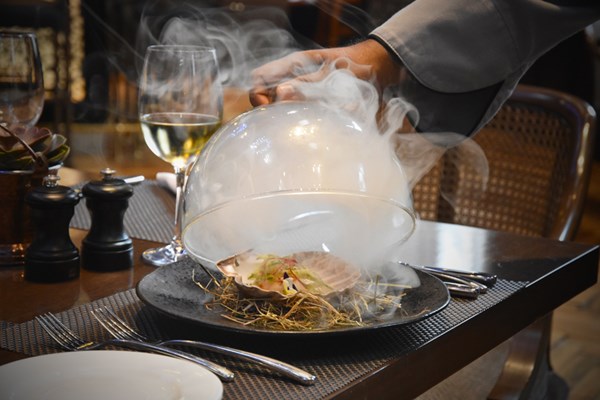 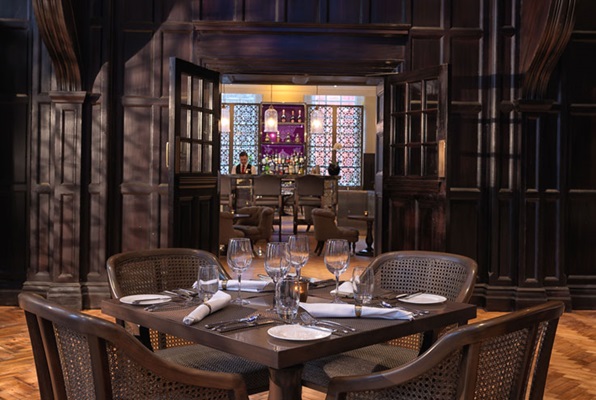 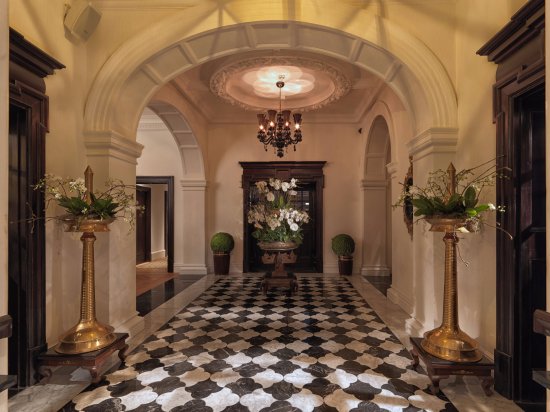 Journey through India at Baluchi London

If you fancy treating yourself to a unique experience, which will have your taste buds take you on culinary journey to South Asia, then stop everything you’re doing and book a table at newly opened “Baluchi”, the fine dining restaurant of the Lalit Hotel London, part of the Lalit collections of hotels, located just a stone’s throw away from London Bridge on Tooley Street.

The Lalit London stands inside an immaculately restored and elegant grade two listed building, formerly known to be the St Olaves School, founded in the 1850’s. The building, which has a Tudoresque feel to it due to its terra cotta brickwork, is easy to spot and will without doubt, leave you yearning to explore the inside. It is in the Assembly Hall, where in a not so distant past boy would have sung their hymns, that lies “Baluchi” serving an array of perfectly well executed Pan-Indian cuisine.

As we enter the building, we are warmly greeted with a ‘namaskar’ and staff are dressed in traditional Indian dress, add to the sense of immersion. But before you make it to your table however, be sure to check out “The Headmasters’ Room”, famous for its spectacular style; made up of dark wood furnishing and an intricate mother of pearl ceiling. To open your appetite, indulge in an Ardbeg Uigeadali Whisky based “Headmaster Martini”, named after Canon Edmund Boger, who was the last headmaster of the school.

We leave the grandness of the “Headmaster’s Room” and make our way over to the marvelously restored and re-designed assembly hall. The walls, hung with lovely tapestries and silks, are painted in a striking byzantine shade of blue, reminiscent of a blue found on Santorini’s distinct buildings. This genuinely impressive dining room, features a spectacular trio of sapphire-tinted glass chandeliers from Hyderabad, a region of India famous for its glass shaping capability. This dazzling décor, made up of flame tickled tea lamps and gold threaded tapestries of the tree of life, means we are quick to forget that we are in London and feel transported back to a pre-empirical Bombay palace.

Our waiter, Merwyn, is sure to make us feel at ease, though there is not much he could do to prevent the freezing cold air from coming in each time the door that gives access to the terrace was open. This I would say would be the only negative point of the evening. Nonetheless his recommendations to us throughout the evening were on point and he endeavored to make sure that all of our needs and wants were met.

If there was one thing I was excited about prior to coming to Baluchi, was the selection of naans on offer. Amazingly, there is a part of the hall dedicated to this quintessential part of Indian cuisine called “The Naanery”. Here you will be able to taste the mango and coconut Naan or the house best seller: the potato, ceps and truffle Kulcha. The naans, I am told are cooked for just one minute in a traditional tandoor oven, capable of producing a heat of 600 degrees.

For starters, we opt for the finely presented Monkfish, served with a green pea puree, kasundi mustard and a tomato emulsion, which Merwyn, advises us to pair with a crisp, yet mildly fruity white wine from the Sula Vineyard of the Nashik region of western India. How naïve and ignorant of me to think that India wasn’t able to produce distinguished, flavorsome wines.

Our mains consist of a combination of: the ‘Dal Baluchi’, a classic dish made up of black lentils, prepared overnight to a rich creamy perfection, with tandoori cooked prawns and the classic butter corn fed chicken served “Old Delhi” style in a tomato and fenugreek sauce.

Merwyn convinces me that we should have desert. Hesitantly, I politely decline his offer and candidly say, “no more room”, whilst giving myself a pat on the belly, to which he cunningly replies, with the most endearing Indian accent, “no problem Sir, dessert goes into a different compartment”. “Ok then Merwyn, but something light and easy to digest, ok?” As such he advisers us on having the saffron infused compressed pineapple, which is known for its refreshing and digestive qualities. Just what was needed!

We leave with the satisfactory feeling of having eaten and drank well. Service was excellent and we even had the pleasure of having the executive head chef come to our table to introduce himself and talk to us about his back ground and where he draws his inspiration from. Our one regret however, is not being able to stay the night in one of the properties’ charming rooms, many of which were once classrooms with soaring ceilings and original beams.