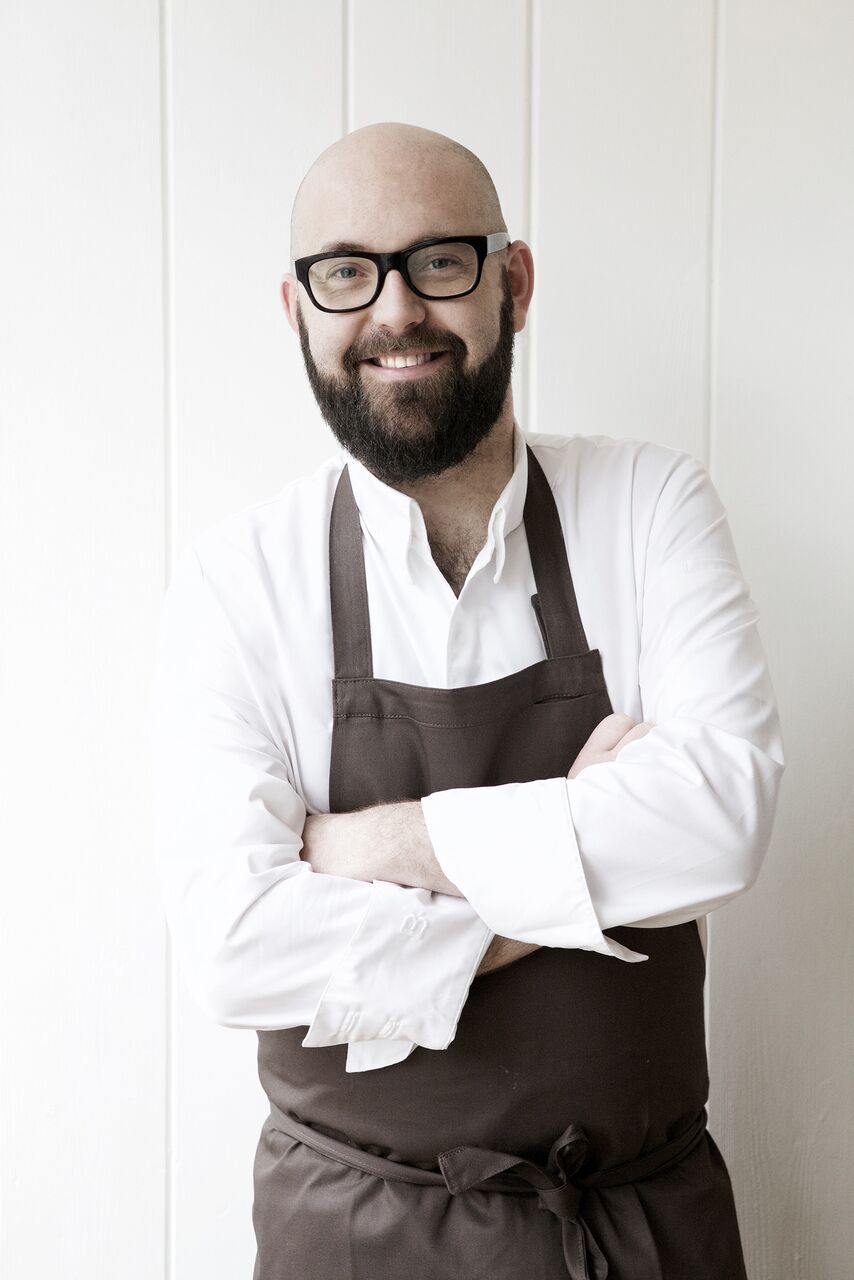 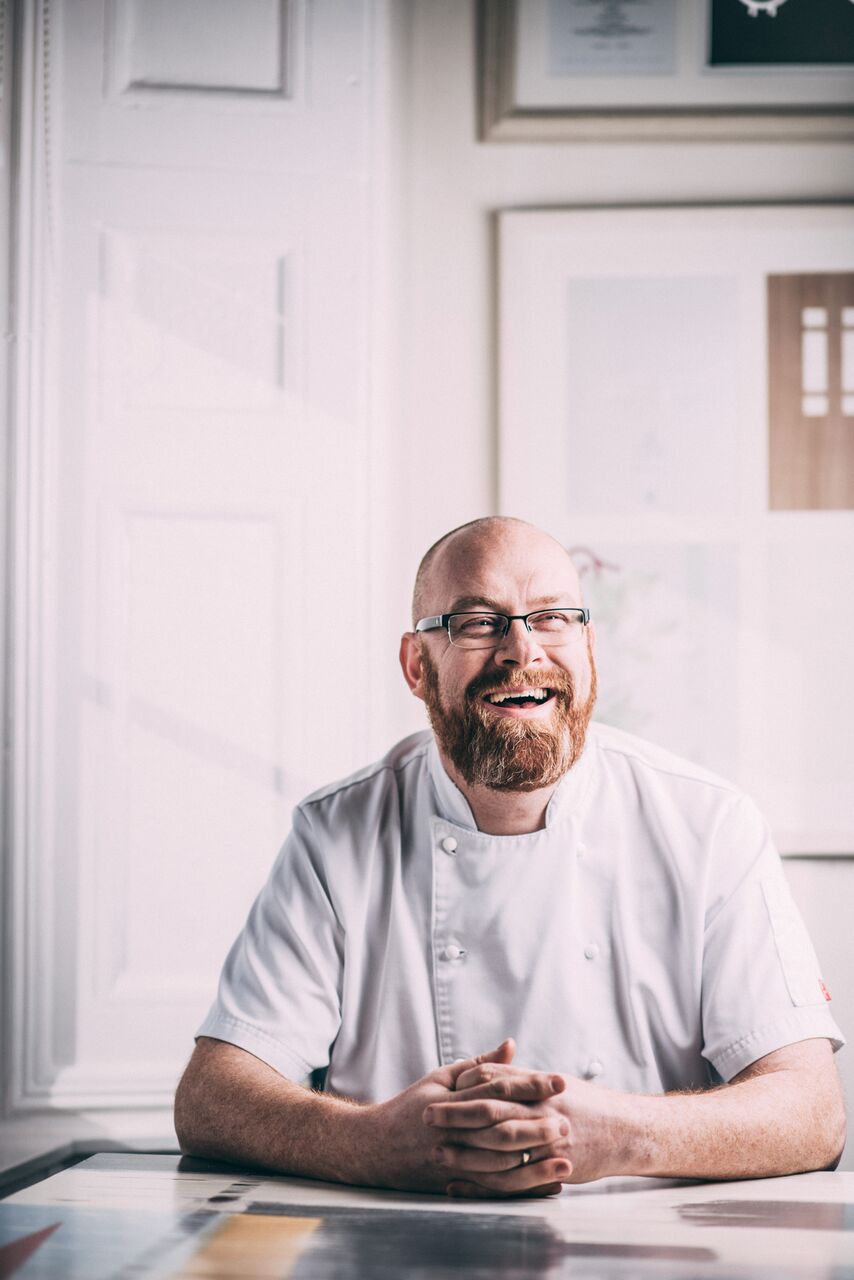 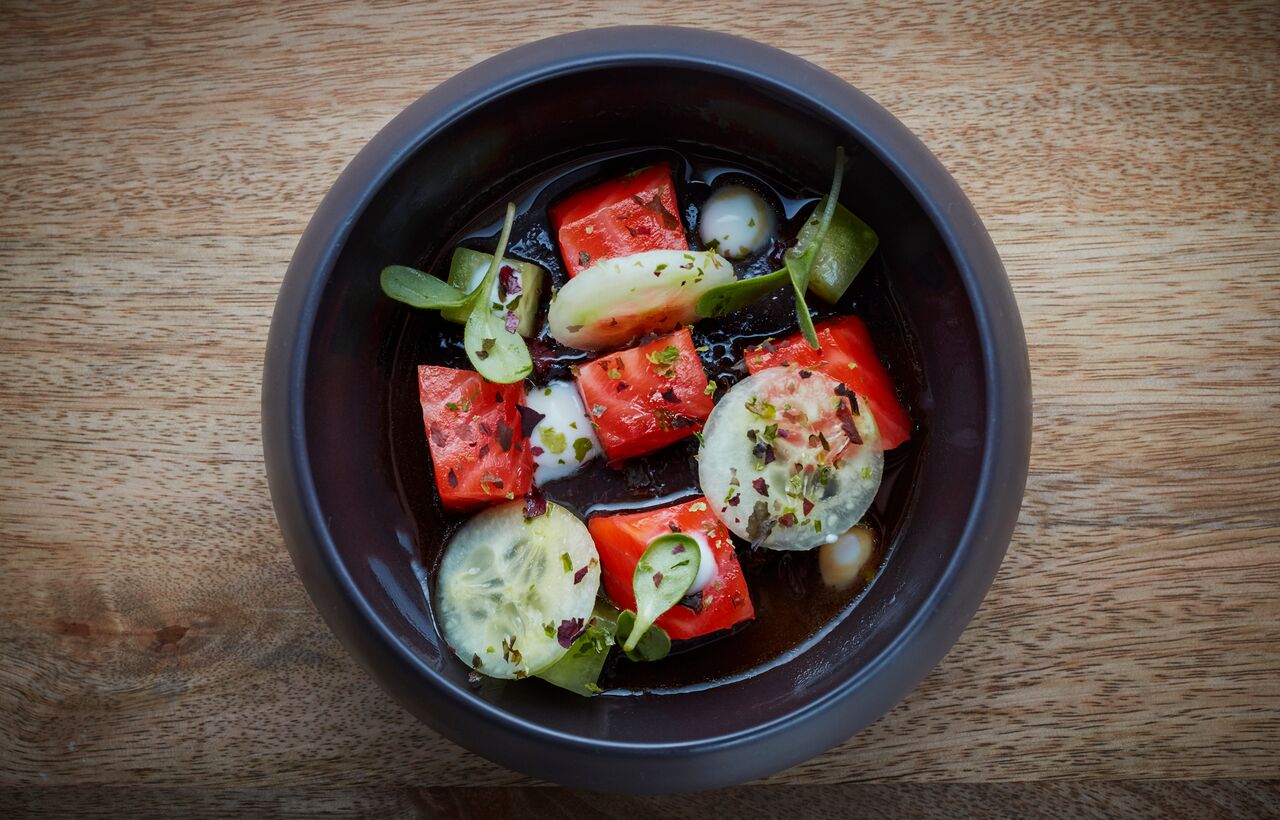 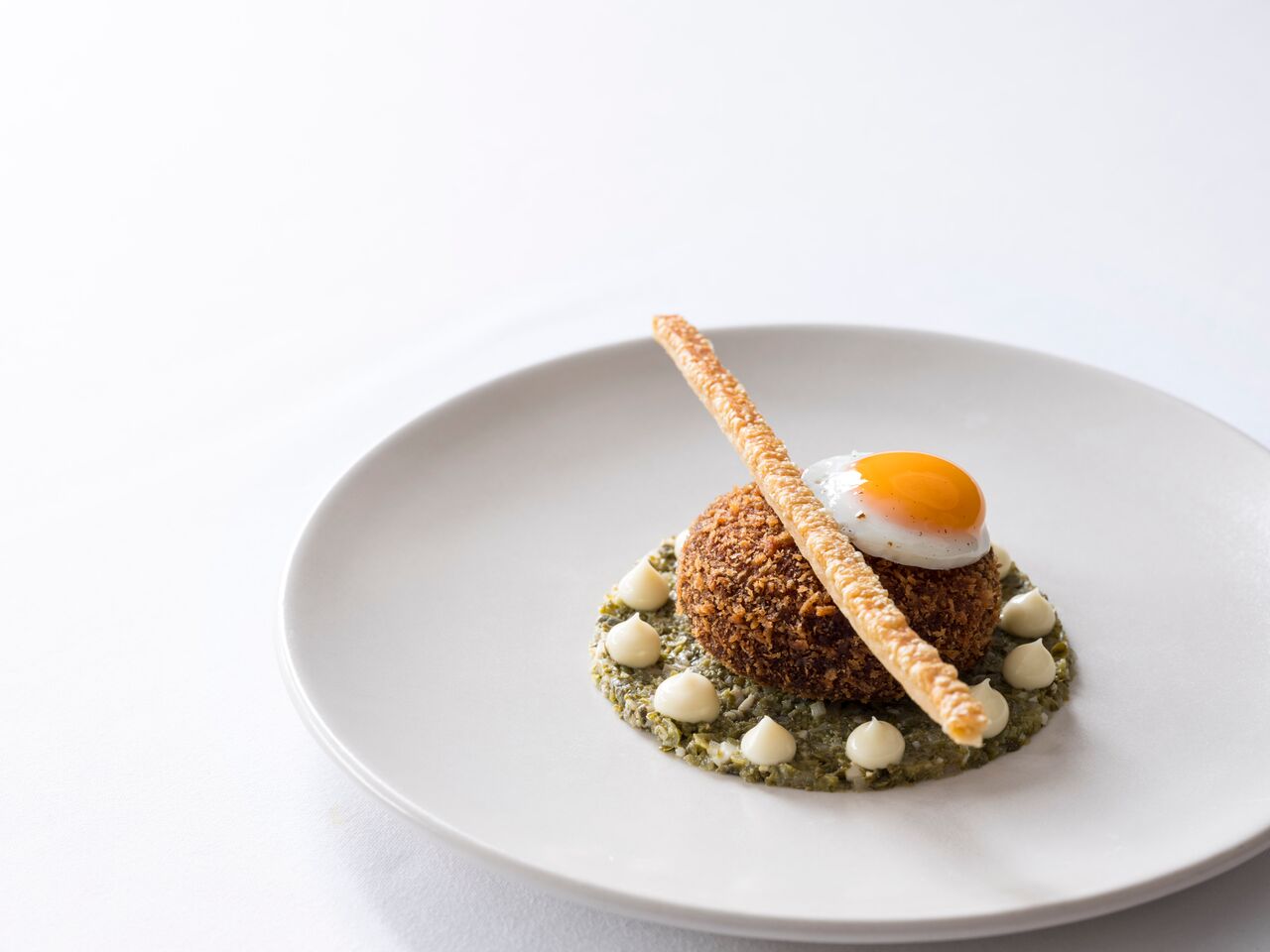 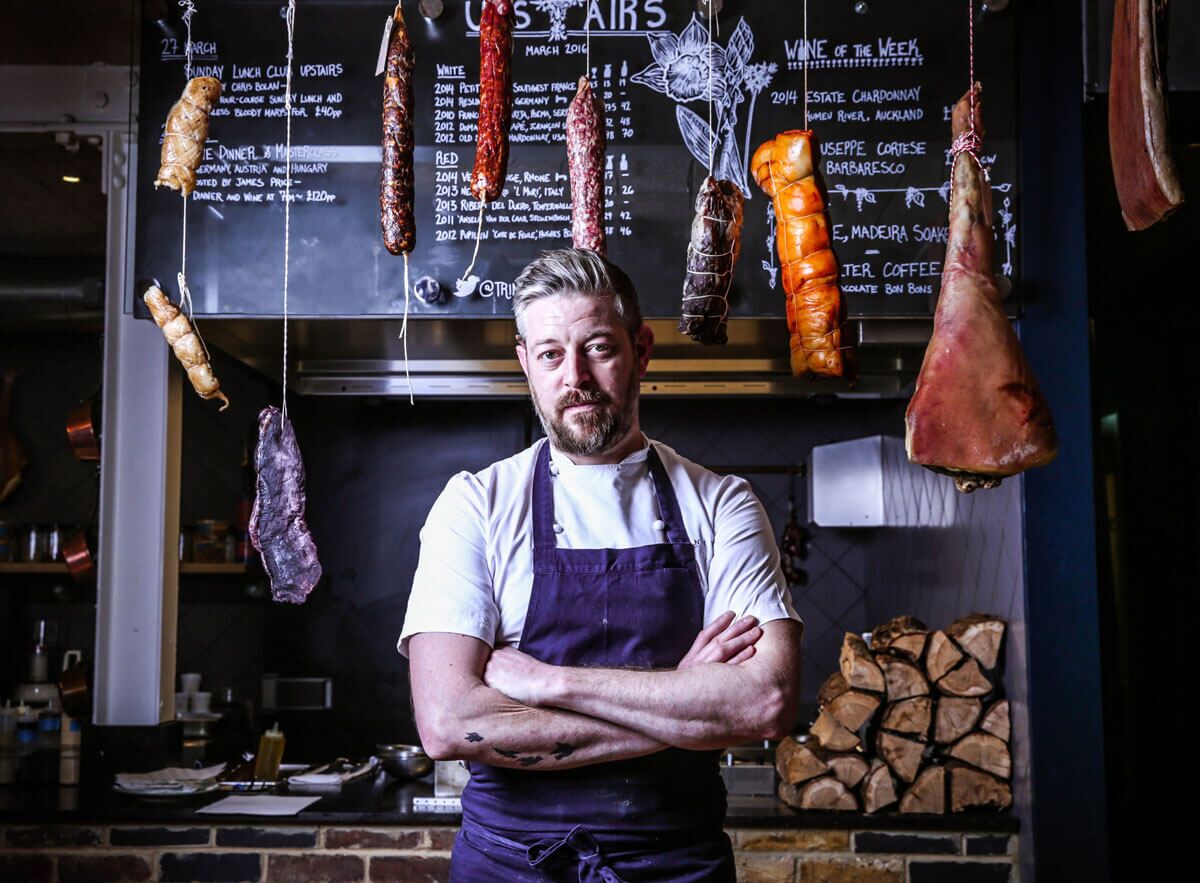 Ready for your next fine dining fix? The Hinds Head in Bray is hosting a series of exciting top chefs dinners this autumn – and you’re invited.

With chefs Adam Byatt, Richard Bainbridge and Simon Hulstone all set to take part, the evenings will be a feast for the senses. They’ll join forces with Head Chef Peter Gray to create a special tasting menu each evening.

The visiting chefs will showcase some of their signature dishes, which Peter has used as an inspiration to put together complementing dishes – which will be noticeably different to the usual menu offerings.

Situated in Bray, the Berkshire village which boasts more Michelin stars than any other, The Hind’s Head is part of the esteemed Fat Duck Group under the direction of Chef Heston Blumenthal OBE.

1 Adam Byatt, 12th September
To start the season off chef, renowned restaurateur Adam Byatt will don his chef whites at The Hind’s Head on Wednesday 12th September. Adam’s imaginative yet truly British style of cooking often leaves guests at Trinity in awe. Having run the restaurant since 2005, Adam was rewarded with a coveted Michelin star in 2016.

Enjoy a signature dish from Trinity; warm Cacio e Pepe gougere befoe moving on to roast stone bass, beetroot and wild mushrooms from The Hind’s Head. Round up the evening with raspberry cheesecake with biscuit ice cream from Pete and warm honey madeleines from Adam.

Here he makes the most of the finest ingredients available in East Anglia. Recognisable from his appearances on BBC’s Great British Menu, Richard opened the doors to Benedicts in 2005 and has gone on to receive a series of accolades since.

The team behind Benedicts will be showcasing some of the best ingredients that the East Anglia has to offer with dishes such as: Norfolk mussels with local beer and scraps and game pâté en croûte with picklesand of course his winning dish from BBC’s Great British Menu 2015, Nanny Bush’s seasonal trifle with milk jam.

Simon has represented his country on more than 20 occasions in culinary competitions around the world and The Elephant has held a Michelin star since 2006 and three AA rosettes since 2005.

With a South Devon farm dedicated to providing The Elephant with the very best the season has to offer, guests can expect Simon to create his signature beautiful, colourful plates of the freshest ingredients.

Bringing a plethora of ingredients from the South, Simon Hulstone and his team will  present dishes such as: black pudding and smoked trout gribiche; and a fish course of roasted scallop, parsnip, verjus, fennel pollen and Lardo.

Guests can expect stand out dishes from Pete and the Hind’s Head with the signature pea and ham soup, scotch egg and mustard mayonnaise and oxtail and kidney pudding with triple cooked chips – cooked to Heston’s famous recipe.