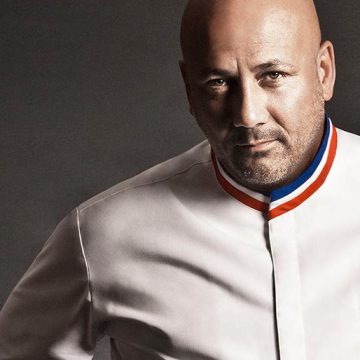 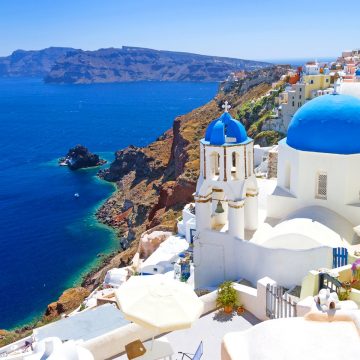 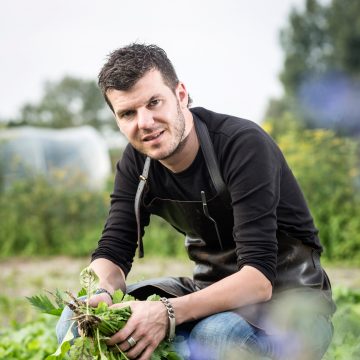 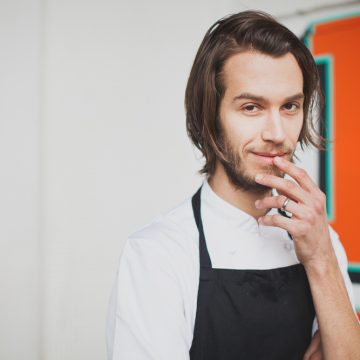 Just when you thought Santorini couldn’t get more idyllic, it surprises you. Head to the picturesque Greek island this summer for Andronis Gastronomy Festival and it’s enticing chef dinner series. Gourmands can feast their way through a number of exciting award-winning chef dinners, hosted by the likes of Thanos Feskos, Gert De Maneleer and David Garcia,

Just when you thought Santorini couldn’t get more idyllic, it surprises you. Head to the picturesque Greek island this summer for Andronis Gastronomy Festival and it’s enticing chef dinner series.

Gourmands can feast their way through a number of exciting award-winning chef dinners, hosted by the likes of Thanos Feskos, Gert De Maneleer and David Garcia, to name a few. Each dinner will take place in one of three stunning sea view restaurants on the island, Lycabettus, Lauda and Throubi.

Bespoke dining experience from the Belgian three-Michelin starred chef of the Hertog Jan restaurant (Brugge, Belgium). For Gert de Mangeleer cooking is all about passion, fun and bringing people together. Travelling, new ingredients and exchanging experiences drive his inspiration daily. Being a Captain of Gastronomy for Flanders he strives to place Flanders as a culinary destination on a world’s gastronomic map.

Swedish-born chef earned his two Michelin stars for his restaurant Aska in Brooklyn within four months from its opening. Working on a sustainability model, ingredients are sourced locally or from organic farms or even are gathered by him in forests. His Nordic roots, his childhood memories and Scandinavian flavours distinguish his cooking style.

A French chef who describes his cuisine as simple, flavourful and sophisticated. He tries to attain perfection, precision and rediscover harmony of flavors in every plate he prepares. Anton’s creations are subtle tasting sensations, brilliant, complex, with variety of parfumes, aesthetically pleasing compositions.

He began his career in 1983 with Gérard Veissière and worked alongside top chefs including Robert Bardot and Gérard Boyer. The awarded with three Michelin stars since 2007 Anton was the Chef of Joel Robuchon before taking over the kitchen of much awarded Le Pre Catelan in Paris.

Obsession to work with the best produce offered by nature, sea and seasons, intuitive intelligent work to convey the flavors and to eager palates are the keys for success of three-Michelin star restaurant Lasarte in Barcelona, where Paolo Casagrande is the chef de cuisine. He is characterised by his passion, his depth of commitment, consistency and considerable hard work – and the result is innovative harmonically balanced dishes.

An uncompromising perfectionist, a skilled master of haute cuisine the Austrian-born chef Jacob Jan Boerma is persuaded that the key to a successful dish is the best quality produce. Being chosen as one of the 50 best chefs of the world (Le Chef) and awarded with three Michelin stars, he experiments with new ingredients and cooking techniques, delighting his guests with perfectly balanced dishes.

A Spanish Bilbao-born chef trained with master chefs such as Martin Berasategui and in renowned El Bulli before earning his own Michelin star. A devoted champion of organic produce, controlled cultivation and high-quality ingredients, his authentic cuisine stands out for its broths, soups and sauces, which are made with natural and top ingredients.

Emmanuel Renaut is the Chef and founder of Flocons de Sel, the legendary 3 Michelin Starred restaurant of Megève. This village of the Alps of southeastern France is where he invented his incredibly courageous and creative cuisine and his well known tendency to work with wild plants. Flocons de Sel is also a member of the “Grands Chefs” Relais & Châteaux and “Grandes Tables du Monde”. The opportunity to try Chef’s Renault’s cuisine is more than unique.

Dinos started his career working with Jean-Charles Metayer in Elounda, Crete, then moving to the two Michelin starred restaurant Spondi in Athens where he stayed for more than ten years. Numerous apprenticeships next to gastronomy legends such as Eric Frechon, Arnaud Bignon and Gilles Marchal helped him to develop his talents in his own unique way, resulting in the finest Greek nouvelle cuisine with a subtle French flair on your plate. Dinos has taken over the gastronomy project at Bill & Coo Mykonos since 2017.

A Spanish two-Michelin starred chef presents a refined cuisine of rural landscape and seasonality. His work is about a cuisine that is simple yet essential, refined yet generous, sustainable gastronomy in a globalized world. Small things fill him with joy and get him closer to essentiality and to a complete life. Planaguma’s cuisine is a virtuous game of authentic flavors, rich aromas and bold colors.

Find out more and book your spot by clicking here.