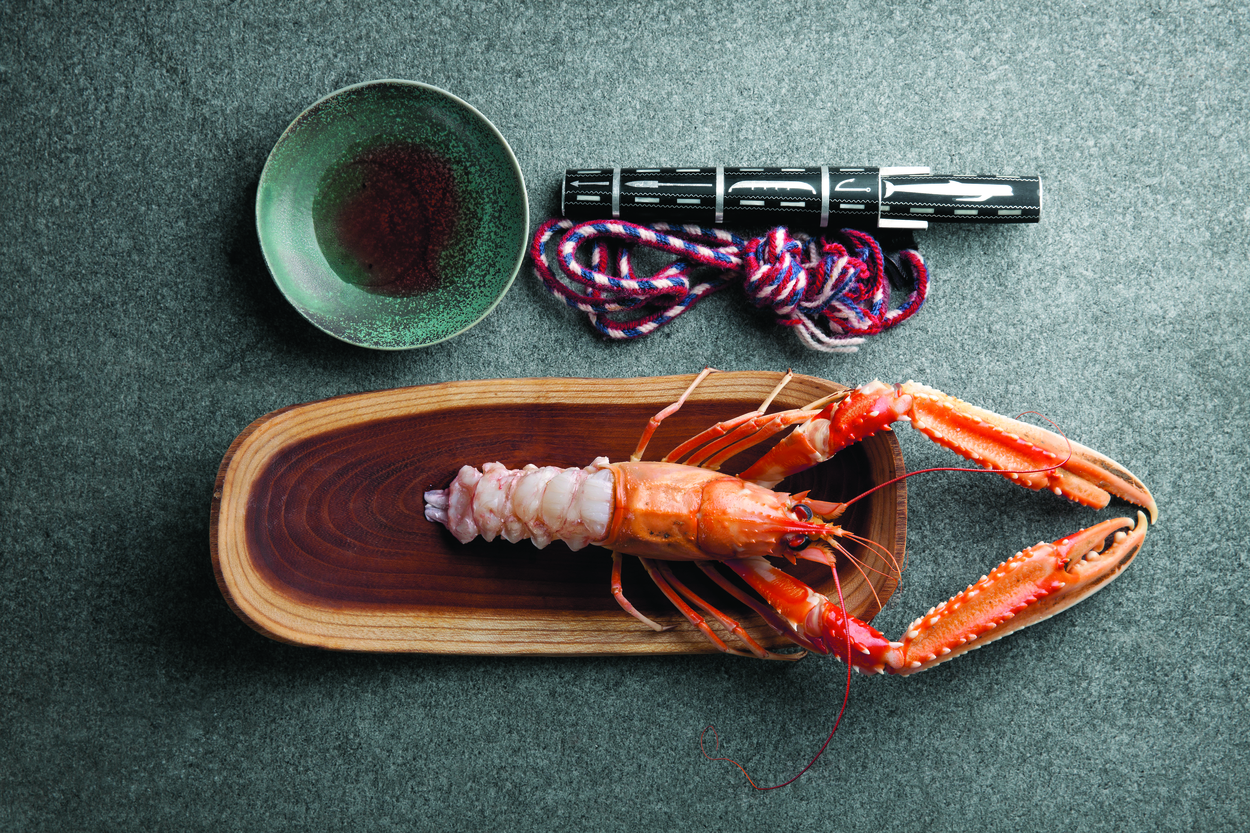 Do you know the Faroe Islands? For the adventurous taste seekers, they are the top destination. Untamed. Uncharted. Unspoilt. Unpolluted. The Faroe Islands, a subarctic archipelago belonging to the kingdom of Denmark, consists of a scattering of islands, north of Scotland, south-east of Iceland and west of Norway. Welcome to the last European settlement, a still largely unknown area made of great contrasts, green cliffs and rugged cliffs, sun, wind and rain, captured by a ‘maelstrom’ without interruption. It is the habitat of ancestral cultures, of culinary practices that have been almost ignored over centuries by the history books. A cuisine made of fermented lambs, whale meat, huge Jurassic scampi (some of them are as big as a human forearm) and multi-coloured sea birds known as puffins- with their strong taste of iodine.

All of this landscape is naturally interpreted by Poul Andrias Ziska. Thin, athletic and wearing sneakers, he is waiting for us 200-metres away as the crow flies overhead, almost precariously placed on the top of a dizzy cliff, on the last step of a flight of hundreds of steps, carved in the rocks. Some canoes are left in the simple pier. The view from up there is amazing and imperious among gusts of wind and dazzling warm rays of sunlight.

The place is wild and moving, a net contrast with the captivating smile of Poul Andrias who, with his faint rising beard, points towards a tiny chalet, an isolated “doll’s house”, located on the top of the green cliffs.

“Faroe Islands are definitely a world apart. You can begin to understand them through our products. For this reason I’ve prepared a welcome lunch for you, it consists of simple but sharp dishes, as we are used to making,” Paol says.

More than a lunch, it is an uppercut in a velvet glove: the raw, peeled turnip launches an epiphany of feelings, juicy and almost sweeter than an apple. “Our way of presenting the introductions by sitting around a table,” he says, before biting into the over-aged pork, served with a powder of dehydrated blueberries and dried salt cod.

The signature dish of every kitchen on these islands is represented by the smoked and fermented whale meat. “We have been ignored for ages by ships’ courses and kept away from history. Here, the use of salt was unknown. This is why we use a natural preservation technique, fermentation – mainly lamb – which is our national dish.

“Scientists come to here from Denmark and further afield to study our special microclimate. Meat and fish left fermenting almost in open air in different areas of the island produce completely different results.”

When, at the end of the season, Paol has not left the island to visit Mugaritz or visit his girlfriend in Copenhagen, Poul is the mainmast at Koks, the lighthouse of island fine dining. A boutique hotel with a restaurant, whose reins were handed over in January 2014 by Leif Sorensen, who spent 10 years with René Redzepi.

“Did you really enjoy our turnips that much? Their sweetness comes from the extreme cold of this area. It prevents some micro-organisms from developing their characteristic bitter flavour when the turnips are still underground,” he explains.

The menu also includes the baked turnip with chicken stock and goat’s cheese, which has retains as much of its natural goodness as possible. Guests can then choose between the pochée goose, served almost raw, with pine, salt and seaweed on bread crouton or the fermented lamb, a sheep stock first concentrated in gelée and then, after being baked in the oven, transformed into a crispy wafer, a real epitome of the Poul Andrias’ post-pastoral cuisine.

The dishes file one after the others in a festival of flavours: the turbot, with dried seaweed cream and chocolate scents, the sea urchins with cucumbers and dill, the beetroots with angelica and rose petals. But the lamb is always the king of the national cuisine, (“I told you it was our signature dish!”) served with carrots vacuum-fermented with two per cent of salt for 15 days, is a real delicacy. A true summer night’s dream.

Even if the 24-year-old chef would prefer to remain anonymous, shielded away by the rugged islands of his home, the spotlight is being shone on Koks and his kitchen.

The Michelin Guide is about to visit this Scandinavian wildernesses and it could decide to award this restaurant with a star, who knows? A little shining star on a remote island at the head of the New Culinary North. Even the Rolling Stones would have the perfect refrain: Time is on his side.