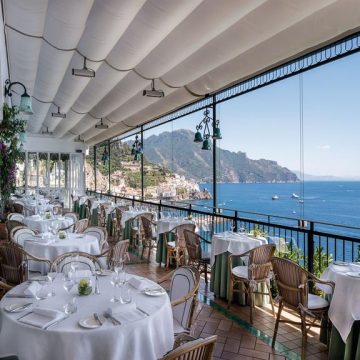 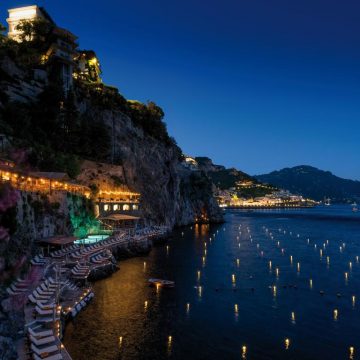 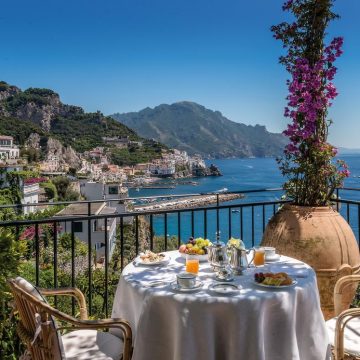 Born in Italy, Stanzione first took the reins of Casa Del Nonno in 2008, which was awarded a Michelin star in the same year. In 2011, he became the head of the kitchen at Le Trabe restaurant in Capaccio-Paestum, where he received his first Michelin star in 2013.

Speaking of the appointment, Stanzione said: “I am delighted to start work at Hotel Santa Caterina, and look forward to delighting guests with both the traditional and contemporary flavours of the Amalfi Coast over the years to come”.

Perfect for an edible escapade in one of Italy’s most idyllic locations, Hotel Santa Caterina has two restaurants, which will now both be overseen by Stanzione.

Al Mare specialises in traditional Mediterranean cuisine – think freshly grilled fish, wood-oven pizzas, homemade pasta and seasonal dishes, with each table overlooking the picturesque Bay of Naples. New this year, Al Mare will now be open for lunch and dinner every day from May to October.

The hotel’s second restaurant, Il Glicine, launched in April 2019, and is the hotel’s brand-new fine dining concept. Glicine means “Wisteria” in Italian, and the restaurant takes its name from the hotel’s iconic Wisteria-adorned terraces.

Guests can sample local cuisines and fresh flavours, presented with a contemporary twist. As well as a tasting menu, Il Glicine also includes a variety of vegan, vegetarian and celiac options on the vast menu.

An attentive wine list presents a careful selection of both Italian and international wines excellences, with a regional section dedicated to Italian flavours, guided by the Hotel Santa Caterina’s dedicated Sommelier.