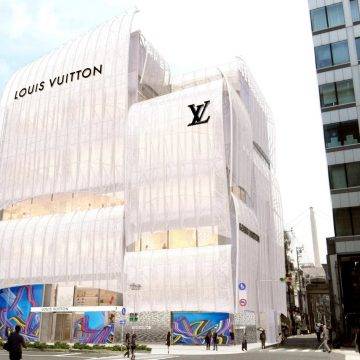 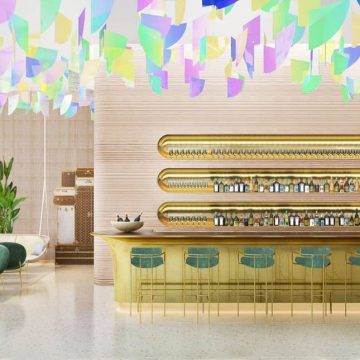 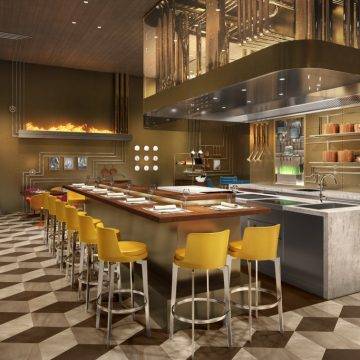 Louis Vuitton Maison Osaka Midosuji, the brand’s flagship boutique in Osaka, will open its doors on February 1st 2020 in the city’s popular Shinsaibashisuji shopping district. The façade will be draped in elegant white as conceptualized by revered architect Jun Aoki, while the sleek interiors will be embody Louis Vuitton’s signature Spirit of Travel as imagined by acclaimed designer Peter Marino. With tasteful sailing motifs present throughout the space, the modern venue will honor Osaka’s heritage as a seaside town while remaining on-trend in the cosmopolitan city.

The venue will boast 4 floors, making it the largest Louis Vuitton store in Japan, and on the top floor, the luxury brand will open its first restaurant titled Le Café V. The cafe is set to open on February 15th alongside a bar and terrace, and will feature a menu curated by celebrated Japanese chef Yosuke Suga. Adjacent to the Le Café V bar, Sugalabo V will serve an exclusive dinner to a select few diners through an open kitchen, mirroring Tokyo’s chic Sugalabo venue.

The house’s characteristic LV monograms will be subtly incorporated into the space. Taking on an experimental luxury approach, the dinner menu will be served atop monogrammed wireless charging plates built into the tables. These have been created by the brand’s Objects Nomades home and travel range designer Tokujin Yoshioka, and will pay homage to the  famous LV insignia, which will also be included in other aspects of the tableware.

This news follows an exciting list of new projects from the LVMH Group that has been set in motion recently.  The group will open Cheval Blanc Paris in April, as well as reopen the Paris Dior flagship on Avenue Montaigne later this year, with a restaurant as part of the renovation add-ins. This is in addition LVMH acquiring the Belmond group of hotels in 2019 and the purchase of Tiffany & Co, the latter of which will also see its first themed European cafe, Blue Box, open in Harrods soon.