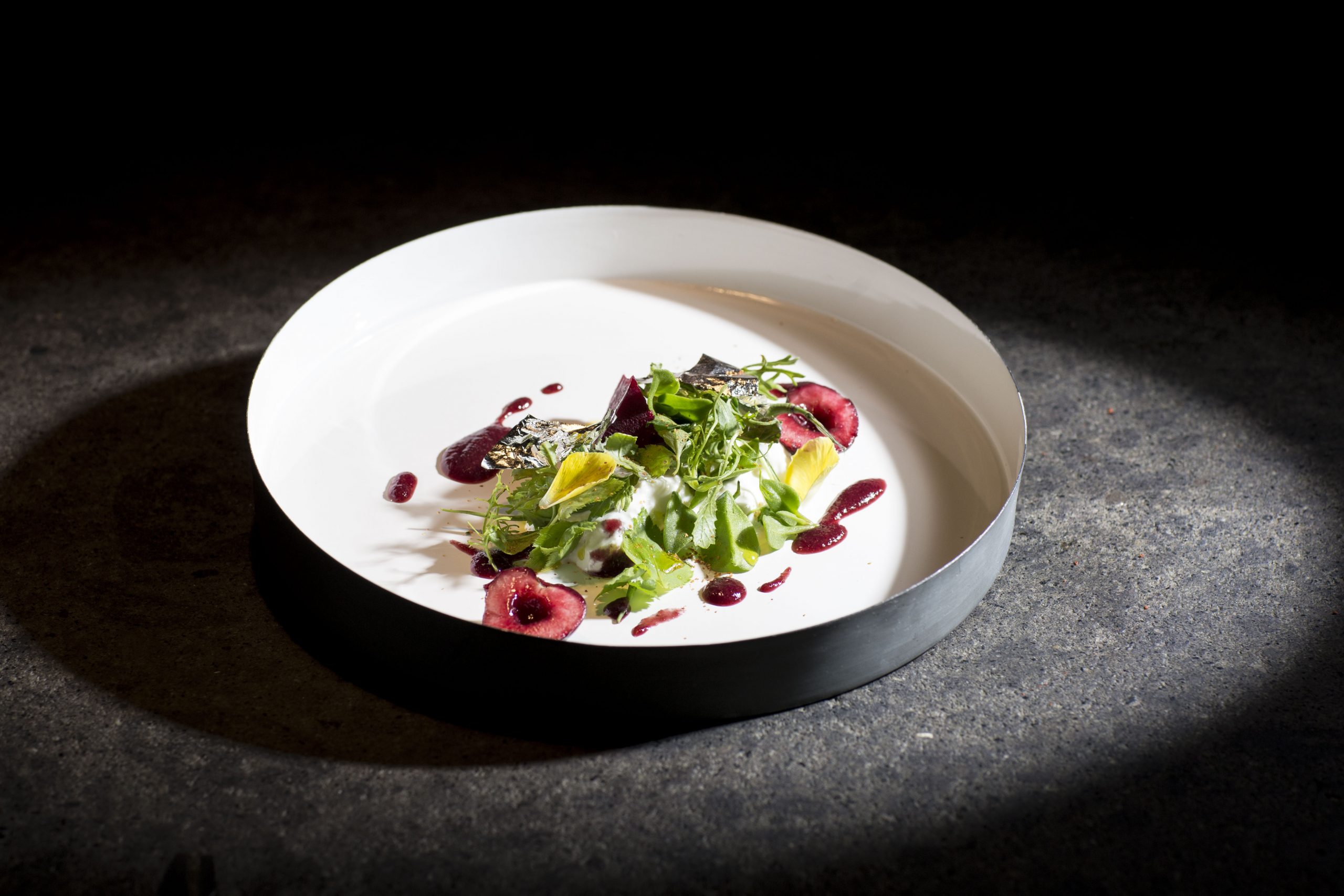 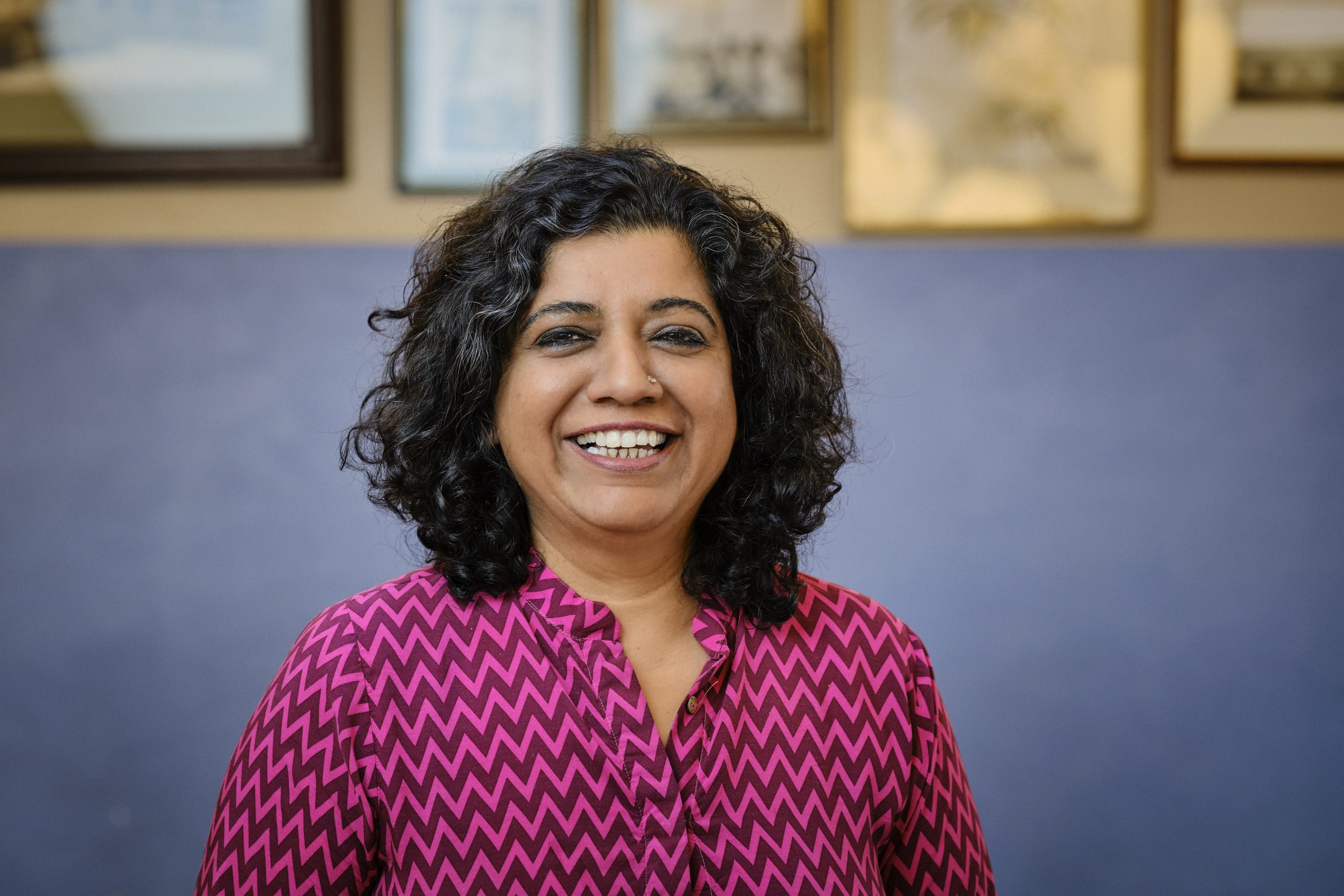 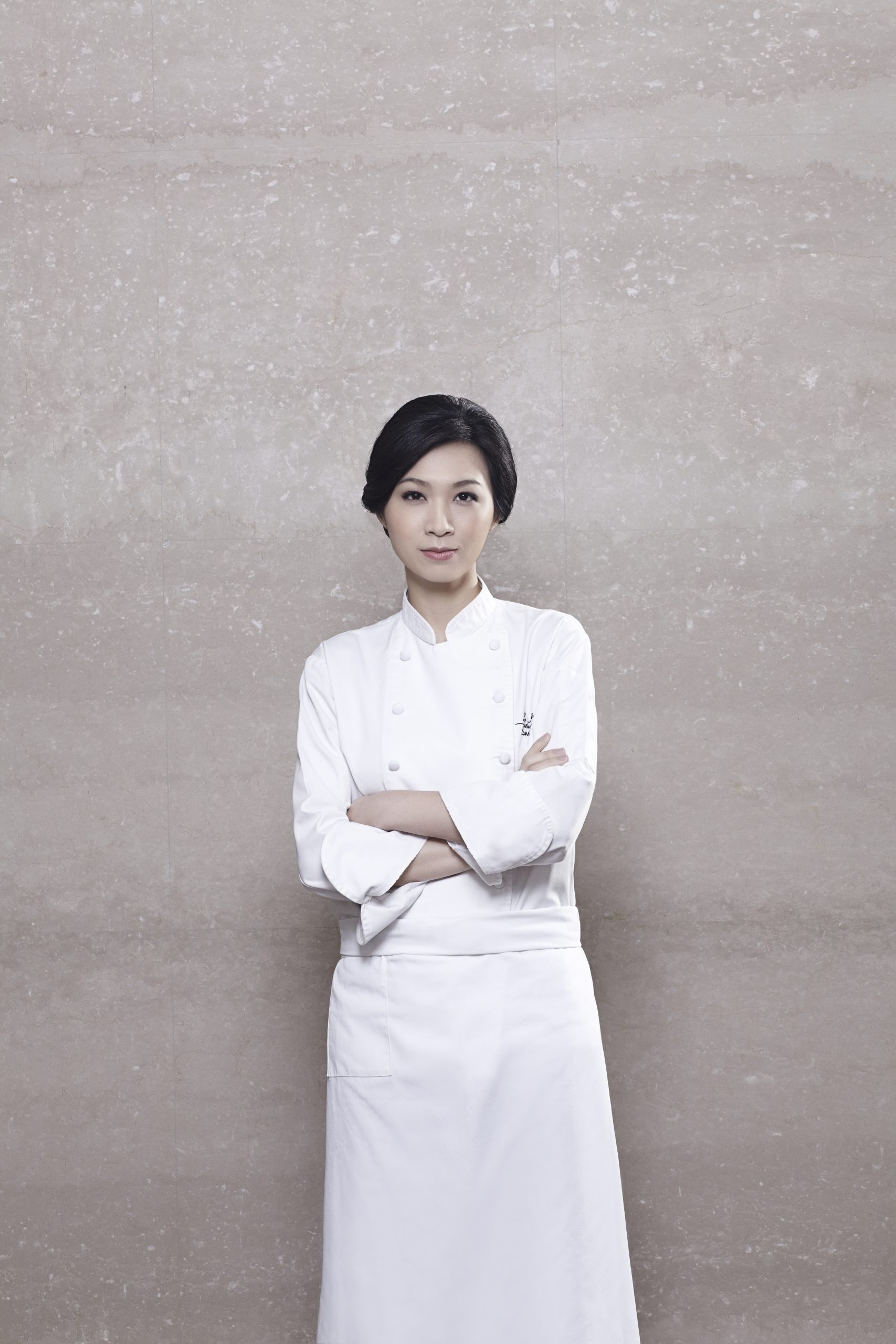 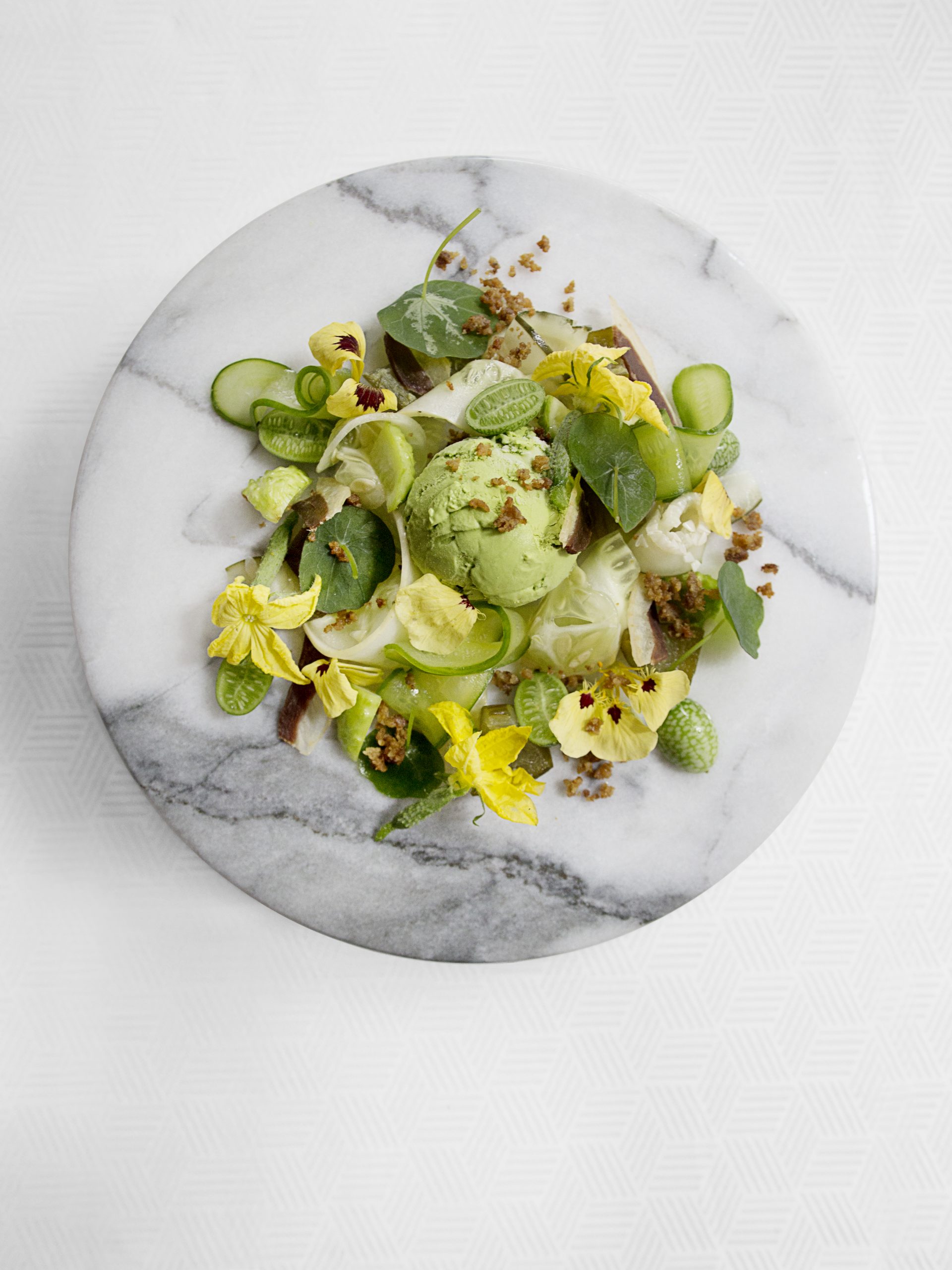 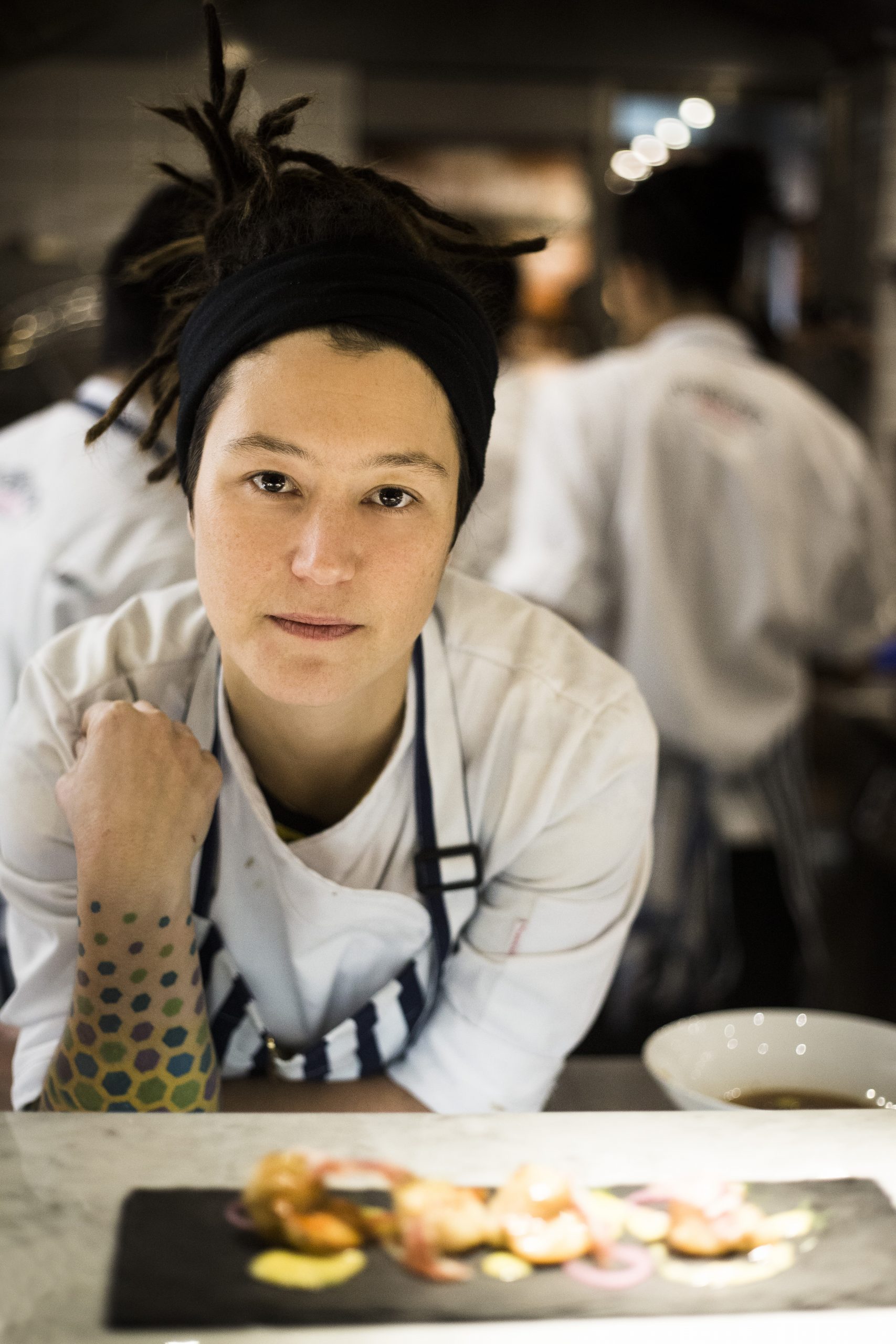 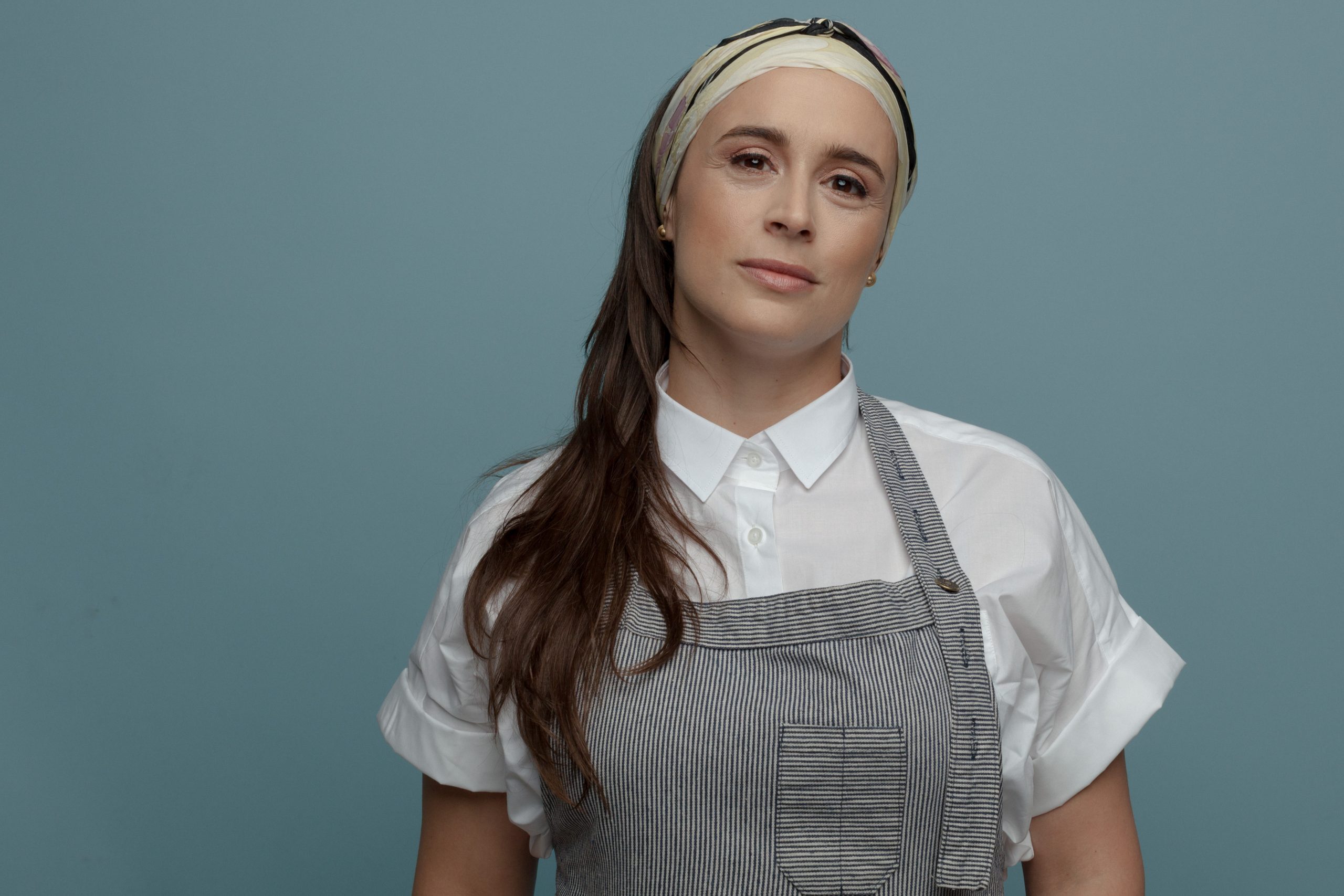 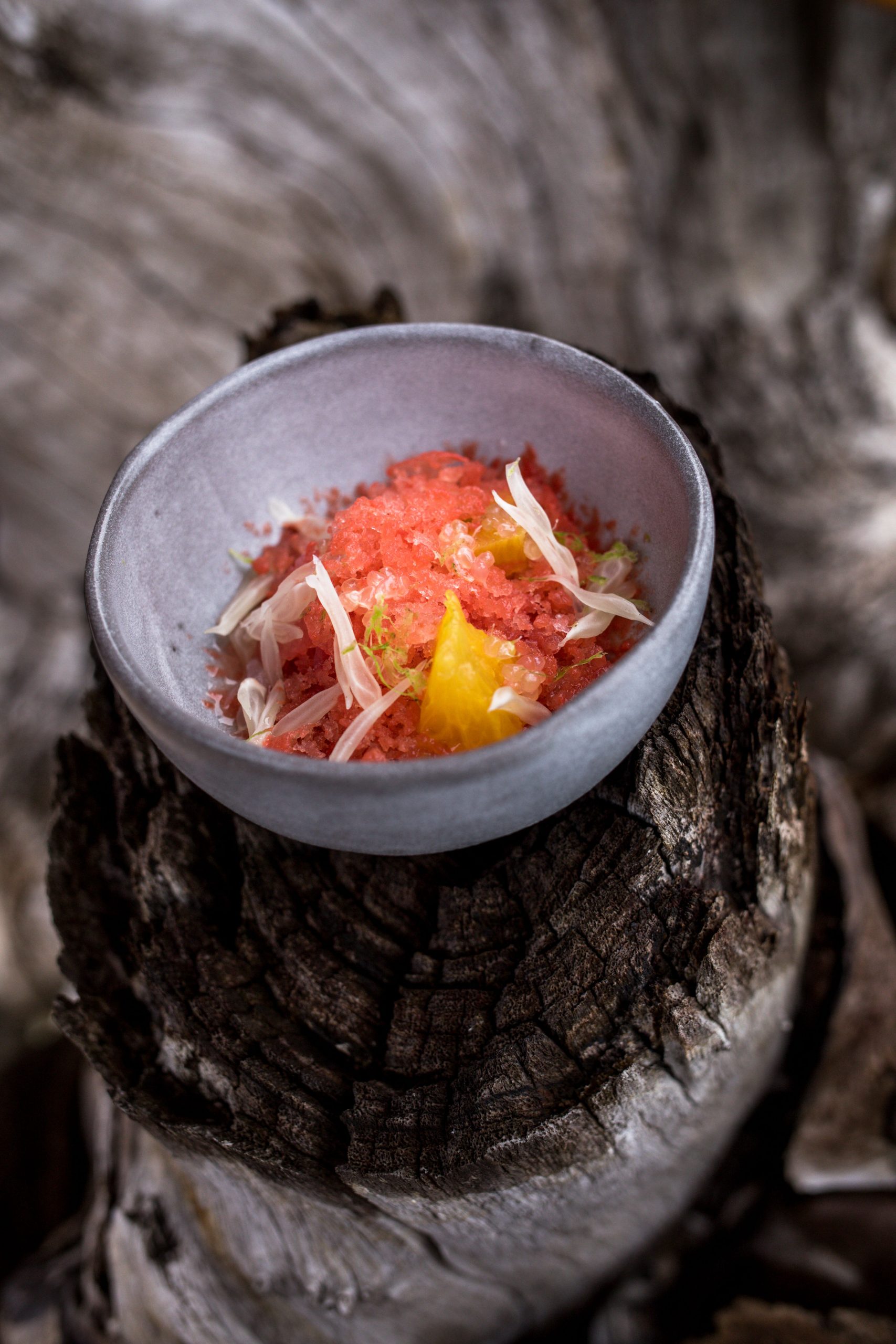 Set to take place from 31 January to 8 February 2020, the latest St. Moritz Gourmet Festival will highlight ‘girl power’ in the international fine dining scene, inviting an impressive line-up of all female chefs to cook up a veritable firework display of culinary delights in the Upper Engadine next year.

Ticket sales have now commenced for the St. Moritz Gourmet Festival 2020, which will see highly acclaimed Executive Chefs from the partner hotels cook alongside the world’s best female chefs in a jam-packed programme featuring more than forty highlights over the nine-day event.

With the decision to invite exclusively female guest chefs to the festival this time around, the organisers are sending a clear message. Suvretta House chef Fabrizio Zanetti, the lead guest chef recruiter, explains: “In top gastronomy, men still feature too much at the centre of attention, even though there are top women in the industry. My goal was to literally look outside the ingredient box. What’s more, our female guest chefs this year will be presenting culinary skills that are more international and diverse than ever before at a gourmet festival.”

These game-changing female chefs have distinguished themselves not only through their highly regarded culinary skills, but also via their socio-political influence as chefs and culinary ambassadors for their respective home countries.

The St. Moritz Gourmet Festival 2020 will have 10 guest chefs arriving from all corners of the globe, and include the following culinary superstars:

Winner of “Best Female Italian Chef in Europe 2018” and chef of Michelin-starred restaurant Glass Hostaria in Rome, Cristina will be the guest chef working alongside Executive Chef Heros de Agostinis at the Carlton Hotel St. Moritz during the festival. Bowerman expertly blends modern and classical cuisine, and is honoured for her culinary skills as often as she is for her work as an entrepreneur and ambassador for social projects. In addition to Glass Hostaria, she runs seven other successful eateries with around 120 employees.

Indian chef-owner of restaurant Darjeeling Express in London, featured on Netflix’s Chef’s Table and recently placed on the Michelin Guide “Watch List”, Asma Khan will be the guest chef of Executive Chef Mauro Taufer at the Kulm Hotel St. Moritz and will celebrate the “Mughlai” specialities of her imperial ancestors in India. Khan, who has always been a breaker of conventions in her extraordinary life, is the first chef in Britain to have a portrait dedicated to her by Netflix in its award-winning series Chef’s Table in 2019.

Chef behind new restaurant Seoul Bird in London, Judy Joo will travel to Switzerland to be the guest chef at the Badrutt’s Palace Hotel in St. Moritz. Born in Korea, she is one of the most influential chefs in England and Asia, with her TV show Korean Food Made Simple garnering her much fame. In her modern Korean cuisine, she blends the aromas, ingredients, flavours and techniques of three continents.

Awarded “Latin America’s Best Female Chef 2016”, Kamilla will be hosted by Executive Chef Gero Porstein as guest chef at the Hotel Waldhaus Sils in Sils-Maria. Danish chef Seidler recently opened her latest restaurant, Lola, in her hometown of Copenhagen. Here, she continues her regional farm-to-table philosophy, with which, as its Executive Chef, she helped the Bolivian restaurant Gustu to worldwide recognition.

Taiwanese chef Lanshu Chen, was named “Asia’s Best Female Chef” in 2014 and is set to dish up her unique culinary experiences as guest chef of Executive Chef Fabrizio Zanetti at the Suvretta House. Her “haute cuisine du terroir” is characterized by poetic creations, in which she achieves the ultimate balance between her Taiwanese culinary roots and classic French cuisine. Lanshu Chen’s restaurant Le Moût in Taichung, which she ran until the end of 2018, is still regarded today as the legendary sanctuary of haute cuisine in Taiwan.

Top chef from the gourmet temple Saffron in Bangkok, Renu Homsomba, will form a highly exciting culinary duo with her host, Executive Chef Rolf Fliegauf, at the Hotel Giardino Mountain in Champfèr/St. Moritz. Homsombat inspires internationally with her modern Thai cuisine at the highest level. As “Corporate Thai Chef”, she also holds the culinary scepter firmly in her hand in all eleven Saffron Fine Dining restaurants at the five-star Banyan Tree hotel group in eight countries.

Also from Thailand’s capital and “Asia’s Best Female Chef 2018”,  Bongkoch Satongun will enthuse the Upper Engadine during the festival with her contrasting specialties as guest chef of Executive Chef Dariusz Durdyn at Hotel Nira Alpina in Silvaplana-Surlej. The trademark of the star chef from the restaurant Paste in Bangkok is her passion to revive historical, partly long forgotten Thai recipes in unique creations. Apart from family cookbooks, Satongun is inspired by European and Australian cuisine.

A household name, Swedish two-star chef Emma Bengtsson is the culinary mind behind New York restaurant Aquavit. Bengtsson will travel from North America to the festival to be the guest chef of Matthias Schmidberger at the Grand Hotel des Bains Kempinski in St. Moritz. As a Patissier and Executive Chef, Emma delights with exceptionally aromatic desserts and dishes from her home country. Named as the “World’s Best Female Chef 2018” by the top-class jury at the Best Chefs Awards, and as the only Swedish two-star chef in America, Emma’s success story is legendary.

“Latin America’s Best Female Chef 2019”, Carolina Bazán from Chile, will join Executive Chef Giovanni Caruso at the Hotel Saratz in Pontresina – a festival partner hotel for the first time – for an exciting culinary liaison. In Bazán’s dishes, elements of French haute cuisine are blended with traditional seasonal products from Chile to create signature dishes such as “Sea urchin with dashi and bean puree” and “Octopus from the Juan Fernández Islands on Chilean potato salad and pebre sauce”. Carolina runs her restaurant Ambrosía in Santiago de Chile together with her partner, Sommelier Rosario Onetto.

Brazilian Chef Bel Coelho will answer the call of Executive Chef Fabrizio Piantanida at Grand Hotel Kronenhof in Pontresina at this year’s event. After international stints, amongst others at El Celler de Can Roca, Bel opened her restaurant Clandestino in São Paulo and was awarded “Best New Chef 2004” shortly thereafter. As part of her worldwide TV cooking show Travel Recipes, the passionate advocate of a sustainable food industry embarked on a voyage of discovery through more than 35 cities in her home country, resulting in her innovative ”Biomas” menu, in which the individual courses each deal with a typical ingredient from a particular Brazilian habitat (Amazonas, Pantanal, Cerrado and Pampas).

“Whether they are highly distinguished in leading gourmet guides or taking top-place in the prestigious ‘World’s Best’ list, these ten female guest chefs together with the top-class Executive Chefs from the festival partner hotels mean our guests can expect uniquely fascinating symbioses of traditional eating culture and contemporary haute cuisine,” said Martin Scherer, President of the St. Moritz Gourmet Festival and director of the Hotel Saratz in Pontresina.

The new event format of the St. Moritz Gourmet Festival, now well-established in its third year, guarantees nine varied days of enjoyment. From 31st January to 8th February 2020, diversified culinary events invite the guests to discover the individual culinary skills of the female guest chefs from all over the world and of our local Executive Chefs.

The Grand Julius Baer Opening at the Kulm Hotel St. Moritz kicks off the event, followed by six evenings of Gourmet Diners and Gourmet Safaris, the Kitchen Party as a summit meeting with all the star chefs at Badrutt’s Palace Hotel, and the crowning glory of the festival, the Porsche Gourmet Finale at Suvretta House in St. Moritz. Numerous special events complete the festival programme, and festival fans can once again look forward to the legendary champagne and wine events as well as the melt-in-the mouth temptations at the Chocolate Cult event. The new two-day Ecco Tavolata, the brunch at CheCha and the “Culinary H³” in Pontresina at the Grand Hotel Kronenhof and the Hotel Saratz, which celebrates its premiere this year, also guarantee culinary highlights.

The festival organisers are particularly keen to promote young cooking talents. In the run-up to the festival, the ninth “Young Engadine Talent” competition will be held – for the first time in collaboration with the Swiss Hotel & Gastro Union. “We are very excited about this new partnership, which underscores the importance that our talent development program has achieved”, said Fabrizio Zanetti.

Porsche’s new commitment as “Title Sponsor & Official Car”, has given the cult festival a massive boost ahead of its 27th outing. “High-end gastronomy and the Porsche brand complement each other perfectly”, stated Michael Glinski, Managing Director of Porsche Schweiz AG. “Both are more than just about the product. The pursuit of perfection, attention to detail and passion that connect the two, create unforgettable, extremely emotional experiences for guests and customers alike. As Title Sponsor and Official Car Sponsor of the St. Moritz Gourmet Festival we would like to convey these experiences here as well.”

Rino Padrun, Managing Director and St. Moritz Branch Manager of the Julius Baer private bank, which has already been the title sponsor of the St. Moritz Gourmet Festival for five years, also emphasised the festival’s high status: “The festival has established itself as an important annual highlight in the Engadine. It brings top chefs from all over the world to the region and also makes it a meeting place for gourmets. I am extremely pleased that Julius Baer can contribute to the success of the event as a long-standing partner. In January 2020, the extraordinary, high-class creations of the renowned greats from the fine dining scene will once again delight, inspire and pamper”.

The cult festival would be unthinkable without the great commitment of everyone involved. It also receives great support in the region, in particular from the municipality of St. Moritz.

Tickets are now available on the website. Gourmet Diners and individual special events can be booked directly with the partner hotels (see the programme information on the website).