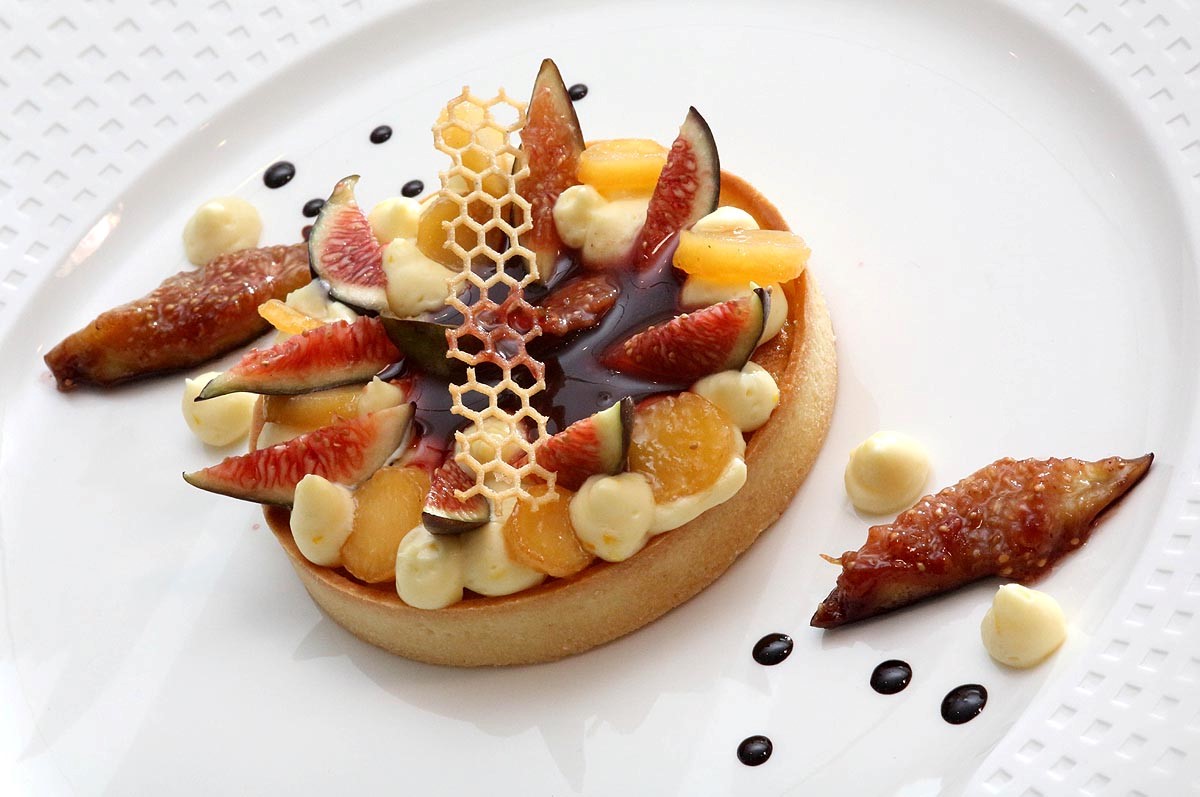 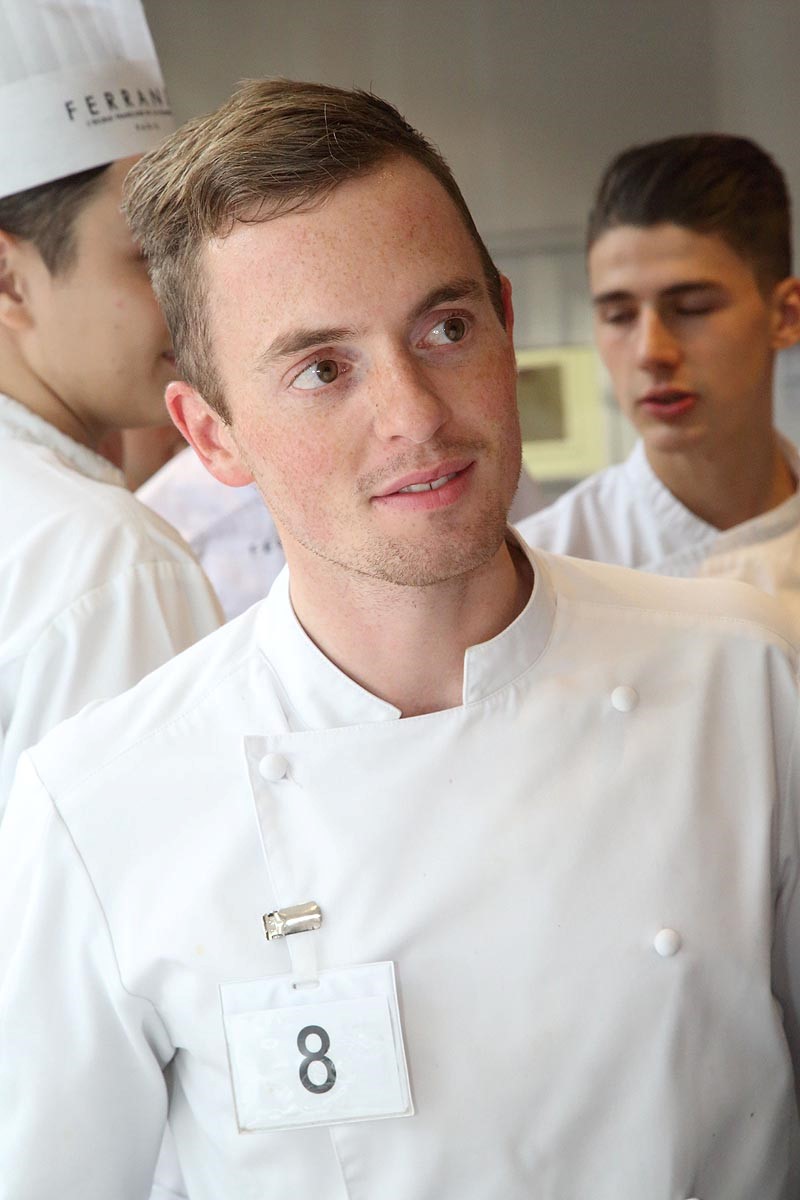 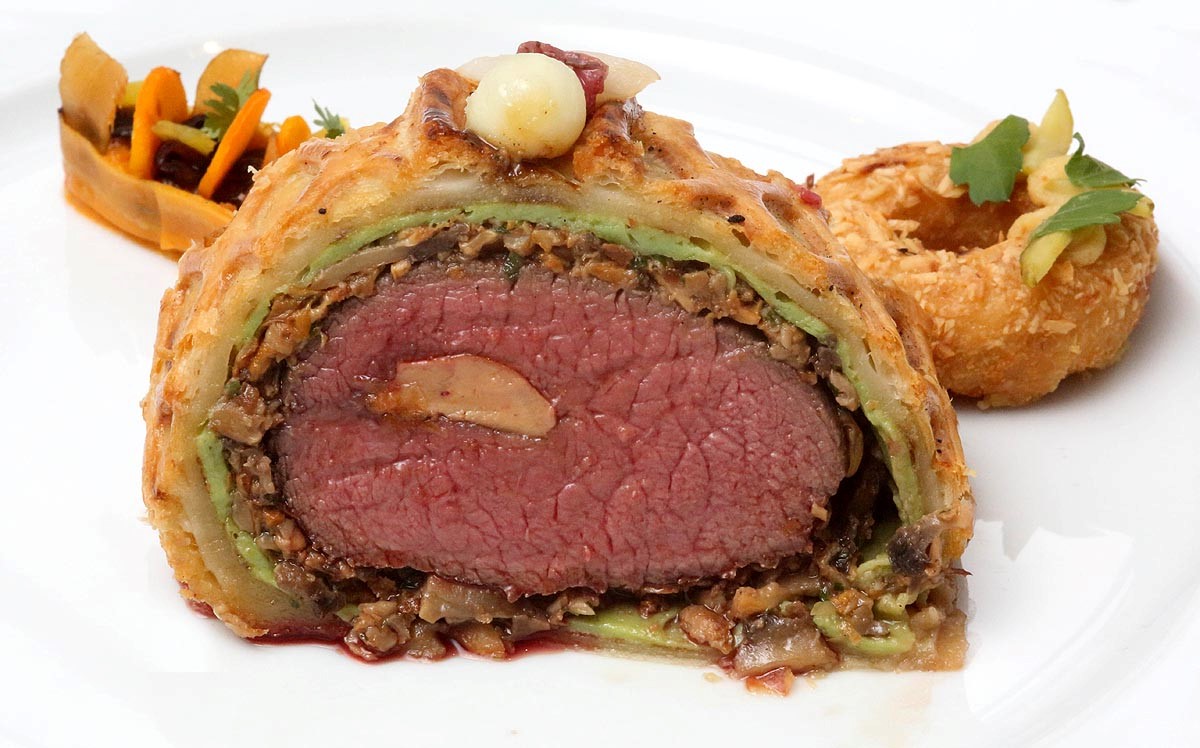 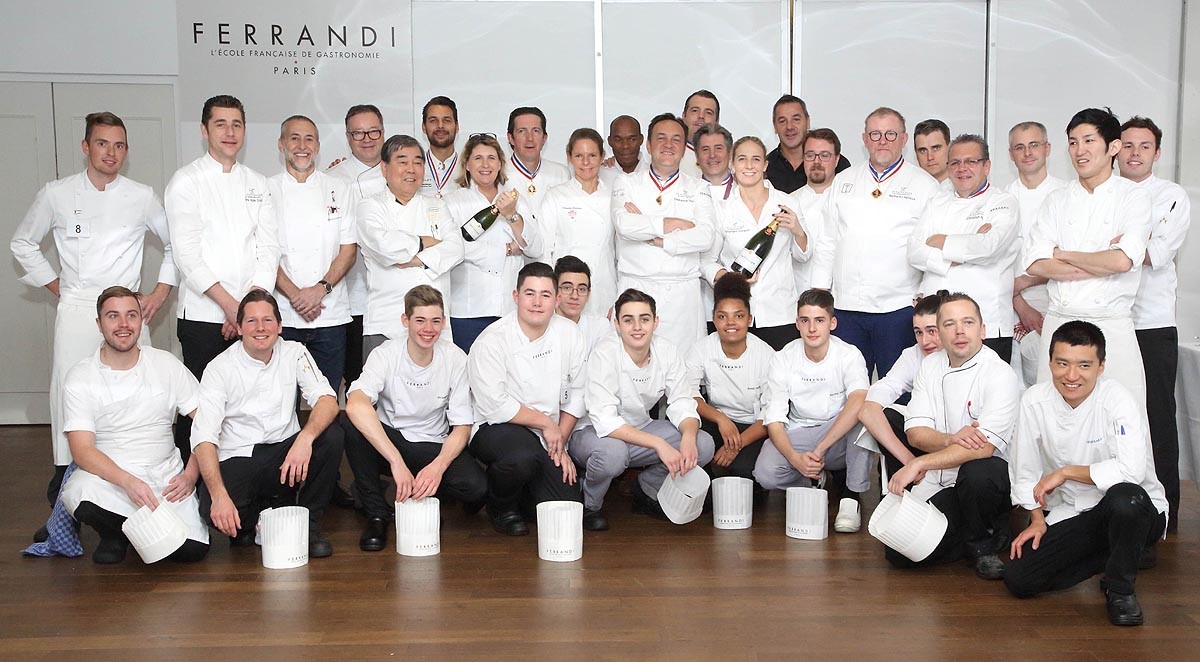 ‘Game’ on at the Taittinger International Culinary Award

Once again, the famous Ecole Ferrandi (6th arrondissement, Paris) hosted the competition, which is now in it’s 51st year. As every year, the clerk conducted the draw for the commis chefs who would have the dif cult task of assisting the young chefs during these decisive hours.

In a spirit of goodwill, the Director of L’Ecole Ferrandi, Bruno de Monte, ensured that his teams match their reputation and the challenge of the competition.

The theme of the contest was: ‘Game animal with fur, served with gravy or a jus in a gravy boat and three sides: one with a potato base, one with a pumpkin and chestnut base and one free choice.’The day before, during a draw made in accordance with the rules and monitored by the clerk, Deer had been chosen.The candidates then only had a few hours to develop their recipe and also had to work on the following dessert recipe:‘An interpretation of quince and g tartlets presented on decorated plates.’

For the fifth year in a row, the Culinary Award was being presented by Emmanuel Renaut who, since 2013, has presided over the jury in his leadership role. Chef at the ‘Flocons de Sel’, 3 stars in the Michelin guide, he generously brings his energy and kindness to this competition while ensuring fairness between the candidates from different backgrounds, whether they be renowned or more modest. He is supported in this mission by the organising committee and the jury whose members, by their exceptional experience and their professionalism, are an example for the candidates. The Kitchen Jury consisted of four chefs: Bernard Leprince, Christian Née,‘La Pyramide’2 Michelin stars,Amandine Chaignot from the‘Rosewood Hotel London’ and Lars Van Galen ‘Larnsnik’ 1 Michelin star, from the Netherlands.

After these hours of applied work and the counting up of the points under the control of the clerk, the award ceremony took place in the sumptuous setting of the Peninsula Paris ideally located in the heart of the capital next to the mythical Place de l’Etoile.
This palace, which has become, in a few years, one of the most important places in French Gastronomy,isatrueemblemofexcellenceandexpertise,andtheperfectplaceforouryoung chefs’ dreams to take root.The dinner, imagined and designed by the talented chef Christophe Raoux, Meilleur Ouvrier de France 2015, perfectly illustrated the level sought by each of them. The ceremony began with a passionate speech by Pierre-Emmanuel Taittinger, who insisted that freedom must be ercely protected, that the tastes and desires of each one should in no way be destroyed by moralising speeches. His words were widely applauded by even the most timid representatives of the culinary art of excellence and excess.

Amandine Chaignot, luminous muse of gastronomy, revealed the prize list little by little, crowned this year and for the second time, by the great Swiss restaurant, the l’Hôtel de Ville à Crissier Chef Tom Meyer was named the winner of the coveted trophy. In his eyes, you could read the emotion of a child walking on the moon for the rst time without believing it. Theillustriousprizehasbeenawardedtotheyoungestwinnerinallitshistory.Barely24years old, this young man with clean features moved towards his destiny in uncertainty, the heavy medal with the ef gy of PierreTaittinger around his neck.

The wholeTaittinger family was happy to surround him in this special moment.

Second place on the 2017 list is awarded to Japanese Tomoaki Sakata of the Intercontinental Tokyo Bay hotel, while France took the third place on this highly regarded podium with Romain Masset of the Restaurant Régis and Jacques Marcon.
The other five finalists,Yohei Hosaka,Yohan Gerard, SanderVan Zantvliet, Matthias Walter and Tom Scade also produced sensational dishes and left with the feeling of having given everything.

The bright and intense performance of the artists were mixed on the menu served by the wonderful team of the Peninsula Paris.The actress Armelle Lesniak staged a deliciously comic scene.
The spellbinding voice of Molly Wagner, daughter of Swedish conductor Ulf Wagner, echoed some of the nest jazz classics while the elegant Angel’s Groove Quintet blended the ballet of dishes and vintages.

For this celebratory meal, MaisonTaittinger had reserved a vintage of which only a few bottles remain, a delicious Brut Millésimé 2000, as well as its exceptional vintage, the 2006 Comtes de Champagne, served both as Blanc de Blancs and as Rosé.
The evening was also the opportunity to award the Cordons Bleus prize, renamed Cooking Talent, to Laurence Duffaud. For this, Alexander Lohnherr, representative of the family business Miele, recalled the values shared by both houses, their partnership and their promotion of gastronomy in everyday life.