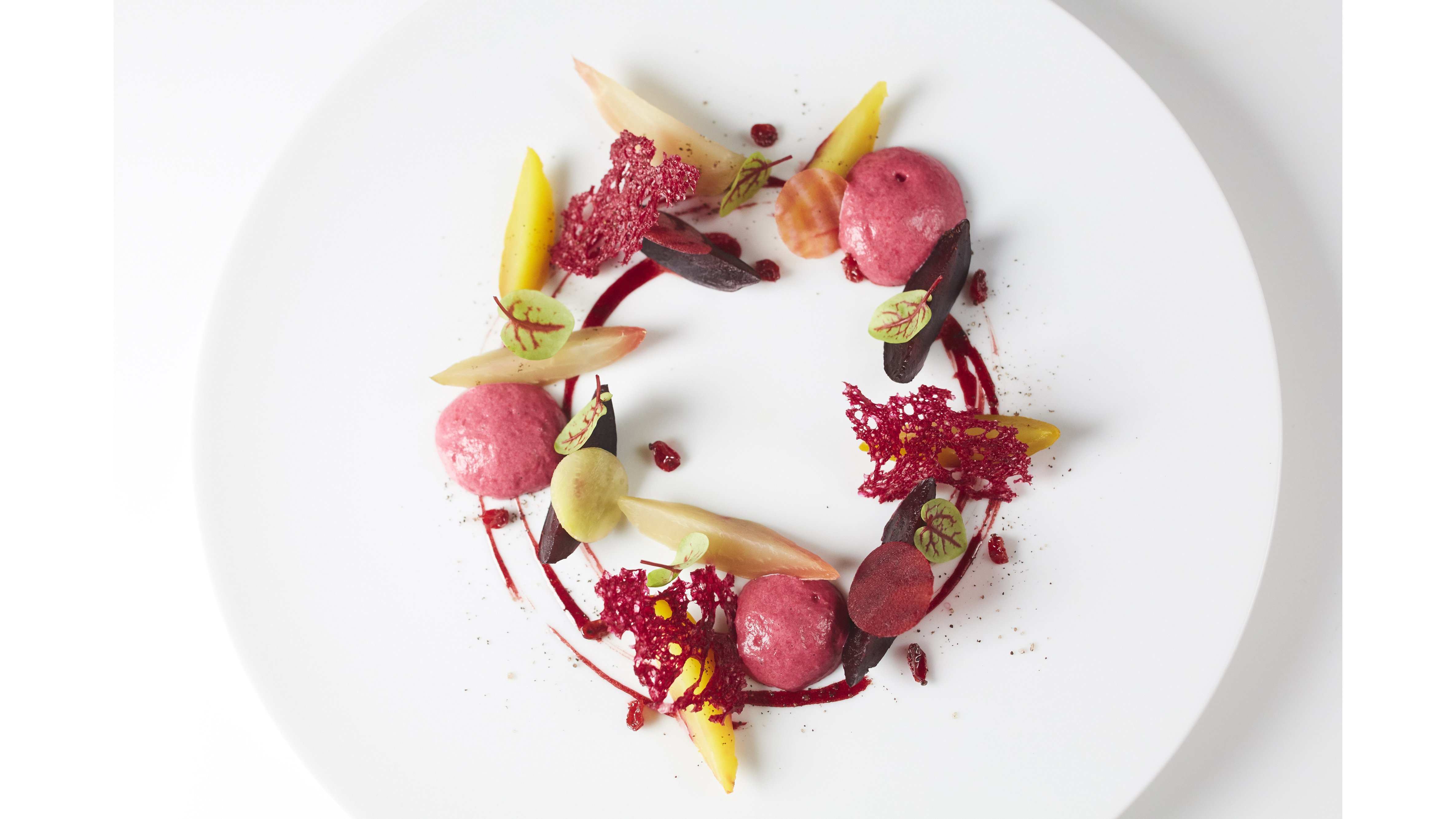 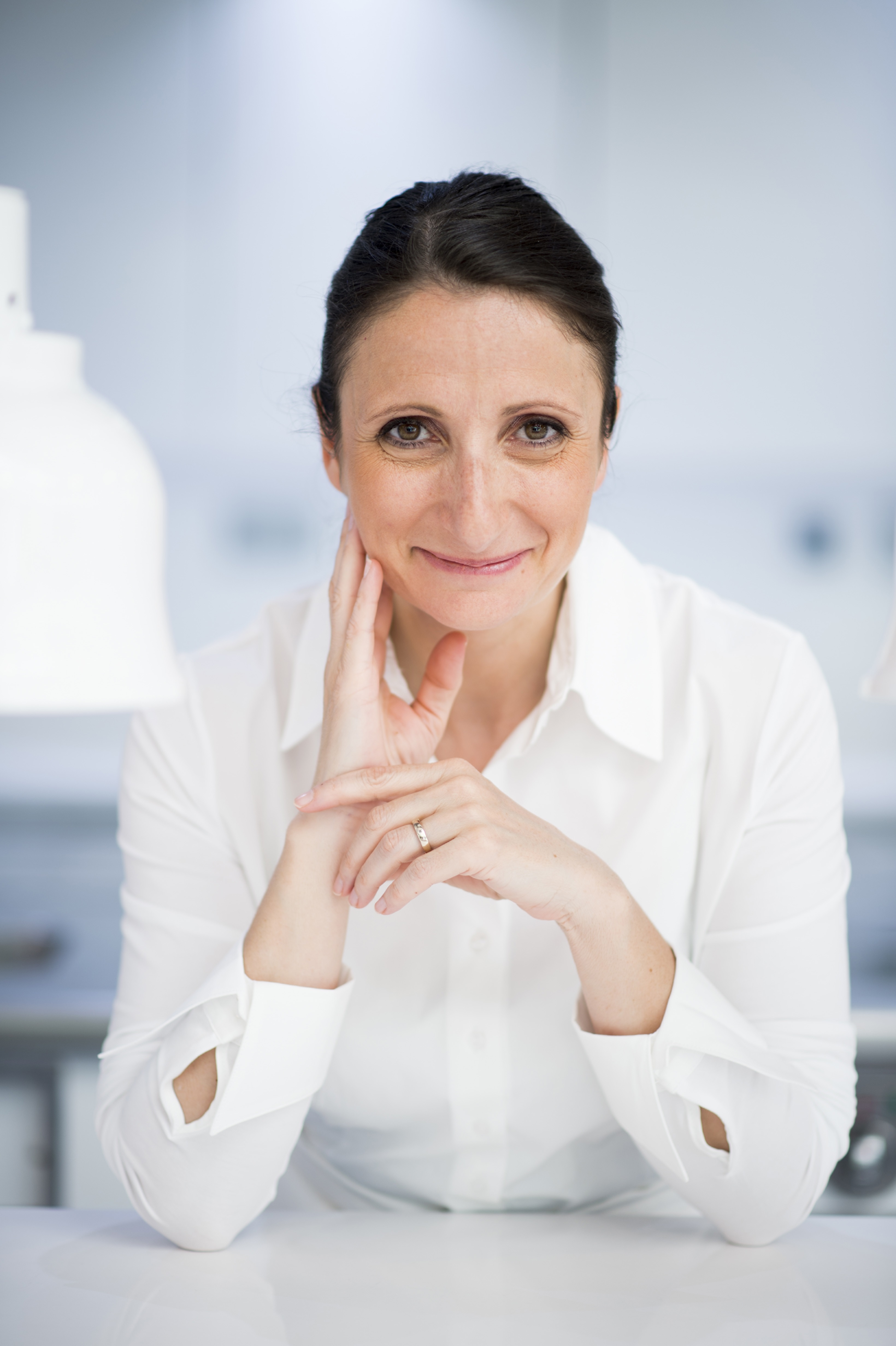 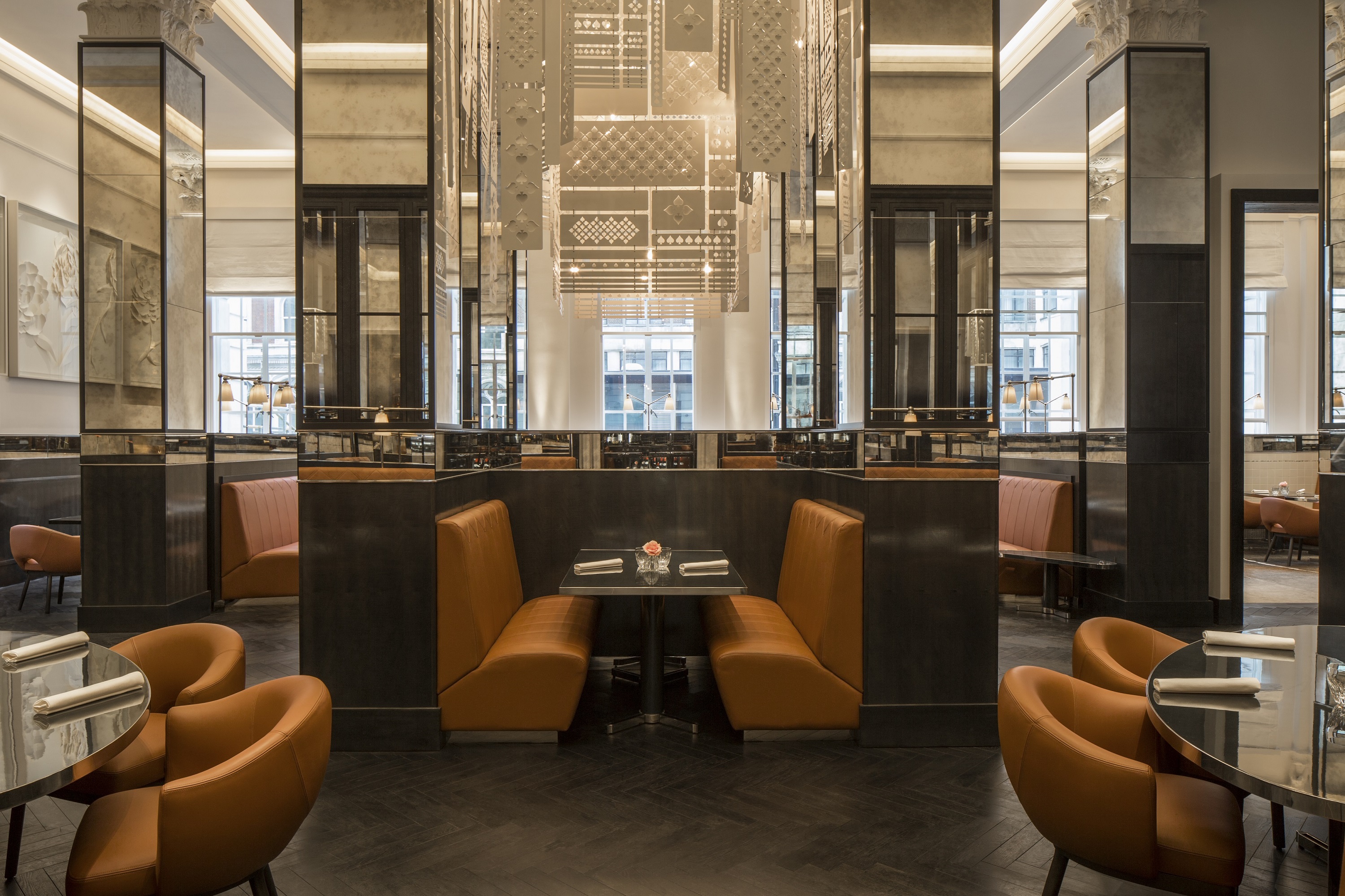 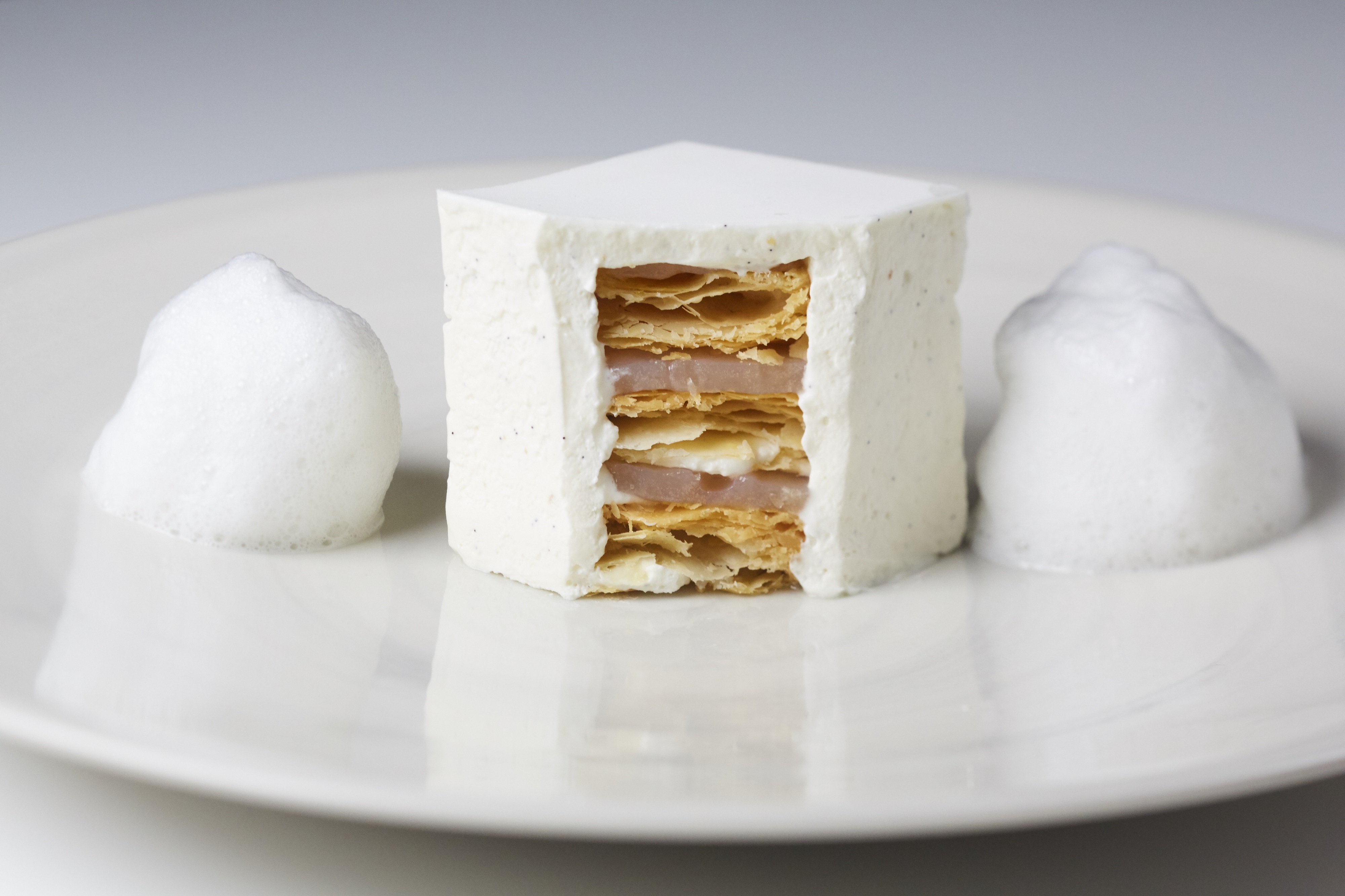 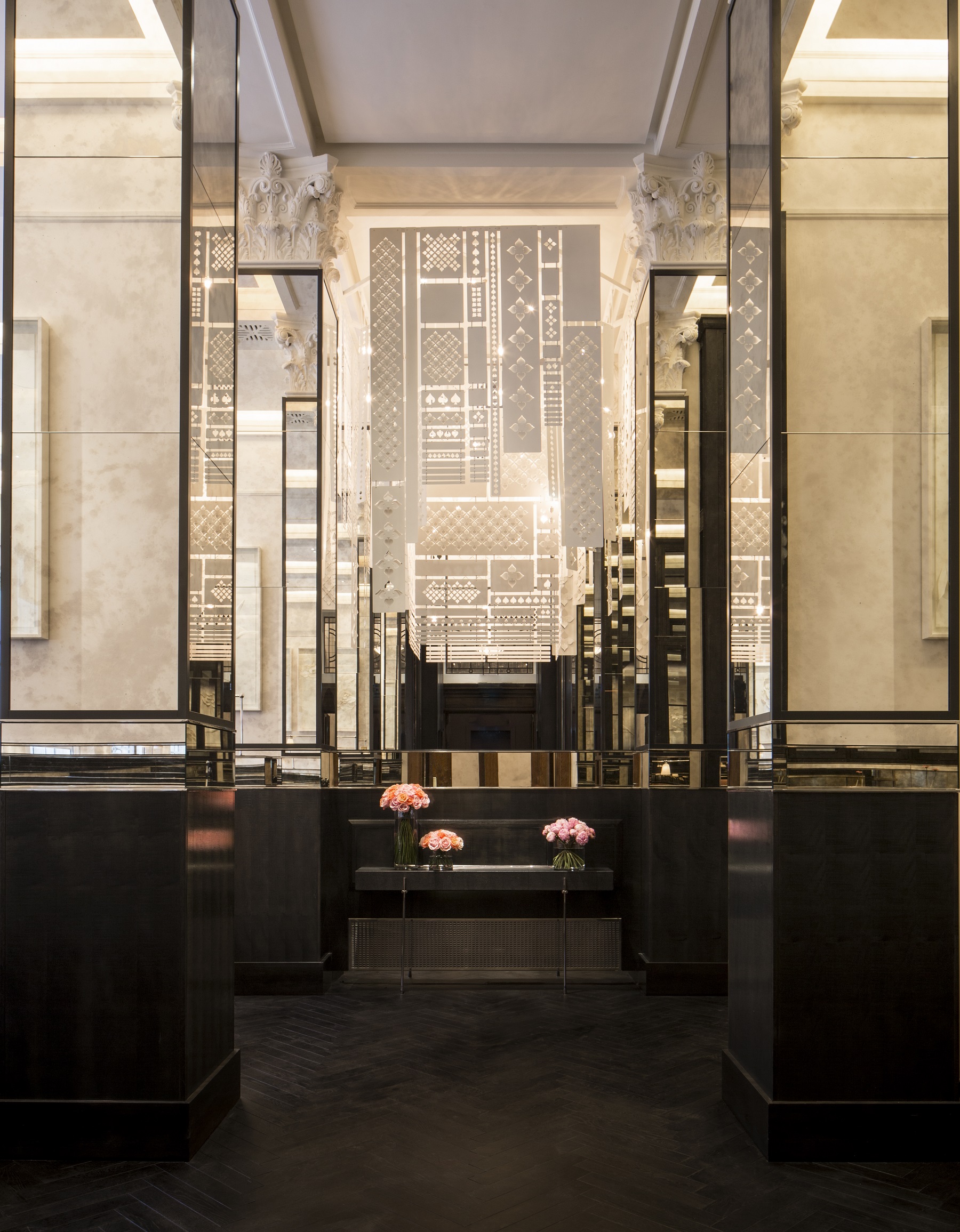 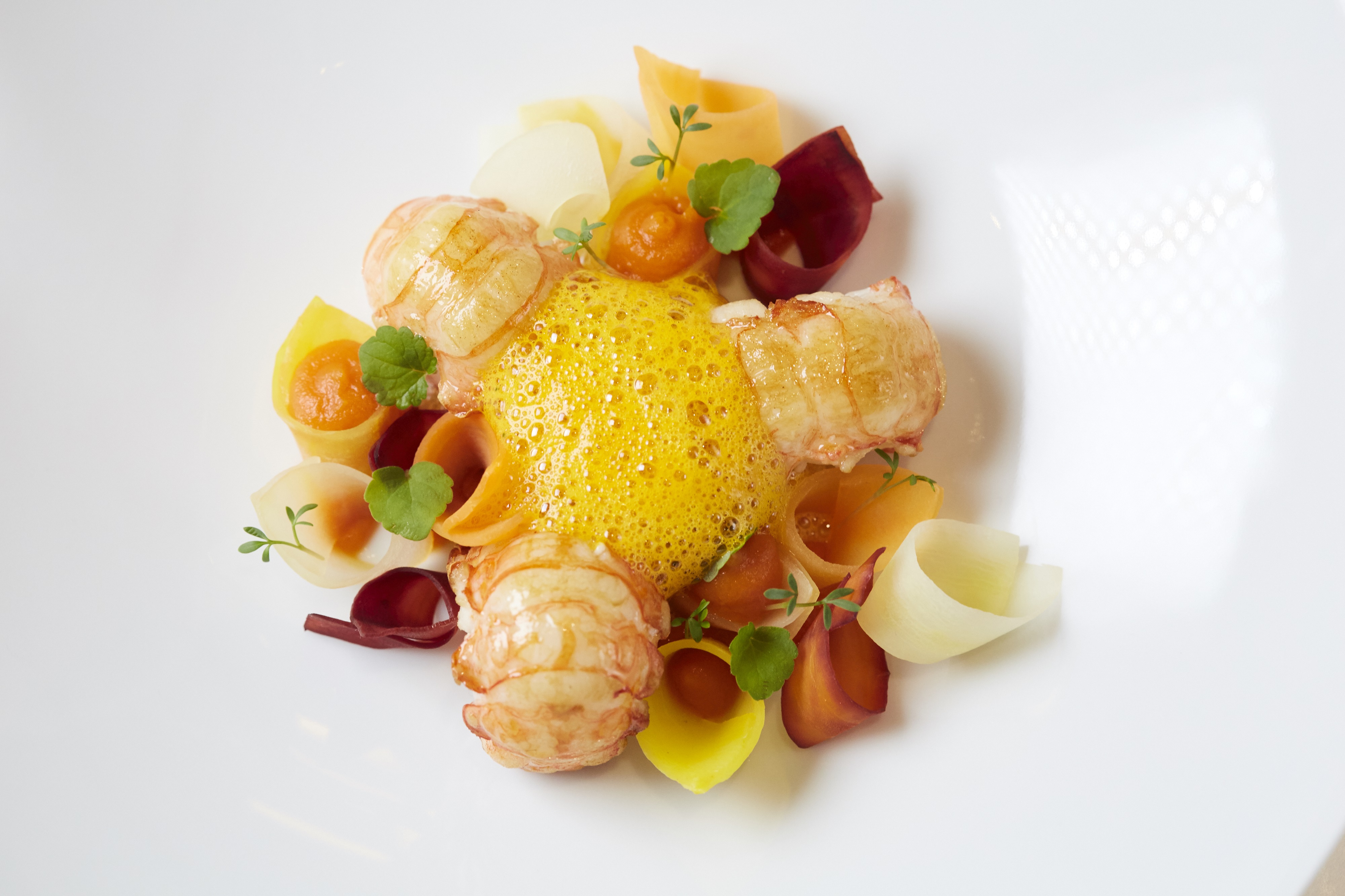 From Valence with love…

Those who have enjoyed Anne Sophie Pic’s cuisine at Maison Pic, the Valence based family restaurant where Pic’s grandfather was awarded Three Michelin stars in 1934; and her recently opened offshoot in Paris called La Dame de Pic, will relish discovering the latest edition to her expanding realm at the Four Seasons on 10 Trinity Square, a stone’s throw away from London’s boisterous city and historic Tower of London.

The beautifully restored landmark building, which once housed the London Port Authority, is easily recognisable, as we troll past its spectacular façade made up of great Corinthian Columns. The journey to our table takes us past more iconic white washed and illuminated columns, through the Rotunda Lounge and Bar and beneath a stunning art deco ceiling.

La Dame de Pic London, which was awarded a Michelin Star last month, is undoubtedly chic, yet it mercifully lacks the stuffiness that other fine dining restaurants can have; which could perhaps be linked to the properties geographic location as we are after all, a short taxi ride away from hip and trendy Hoxton and Shoreditch.

Aidan, our slick head waiter, is quick to make us feel at home, breaking down for the us the contents of tonight’s mouth-watering menu, made mainly of in house signature dishes, which have over the years been Pic’s recipe for success.

If you’re anything like me, then you will require a good source and guidance to help you navigate some of the complex and farfetched ingredients used in Pic’s unusual cooking methods, such as Voatsiperifery pepper from Madagascar, which is used in her smoked Pélardon filled berlingots; truly one of the most exquisite and flavoursome starters I have ever sunk my teeth in. Pélardon is a goat’s cheese from the Cévennes range of the Languedoc-Roussillon region, close to Pic’s hometown Valence, a welcome reminder to us that her culinary roots and heritage are still very much a part of her cooking. The only regret at this stage, is to be moving on to the mains without having tried the Scottish Langoustine starter which many highly recognised food critics have acclaimed. Here the Langoustines are seared in shellfish butter with cucumber Kabosu, Granny smith and Chartreuse emulsion. What’s not to like?

For the mains, we opt for the Cornish Turbot Cooked ‘meunière’ with smoked potato and sardine, infused with Wakame seaweed and sansho pepper bouillon, providing the dish with a slight Asian twist; and paired beautifully with a crisp white wine from St Péray-les-Pins in the Rhone region which he reminds us, is close to Anne Sophie’s star restaurant, Maison Pic.

‘La piece de resistance’ is the classic Herreford Beef cooked rare to medium rare and roasted with Monts Amaro coffee, cinnamon leaves, celeriac in brown butter, gin and sobacha, a Japanese tea made from roasted buckwheat. A winning combination of flavours, which merged with the unmitigated texture of the beef and with the structured and boldness of a surprisingly good Portuguese red, make it easy to grasp why this particular dish is a house top seller.

Desert will be the visually pleasing white mille-feuille, which in French translates to ‘thousand leaves’ due to its three layers of puff pastry folded three times and placed on top of each other. I must confess that I’ve had my eyes on this architectural prowess all evening as they have been brought out of the kitchen and served to neighbouring tables. The incredible array of flavours that emanates from the velvety Tahitian vanilla cream, jasmine jelly and of course, the Voatsiperifery pepper infused milk foam is what Paul Hollywood would call a “show stopper”.