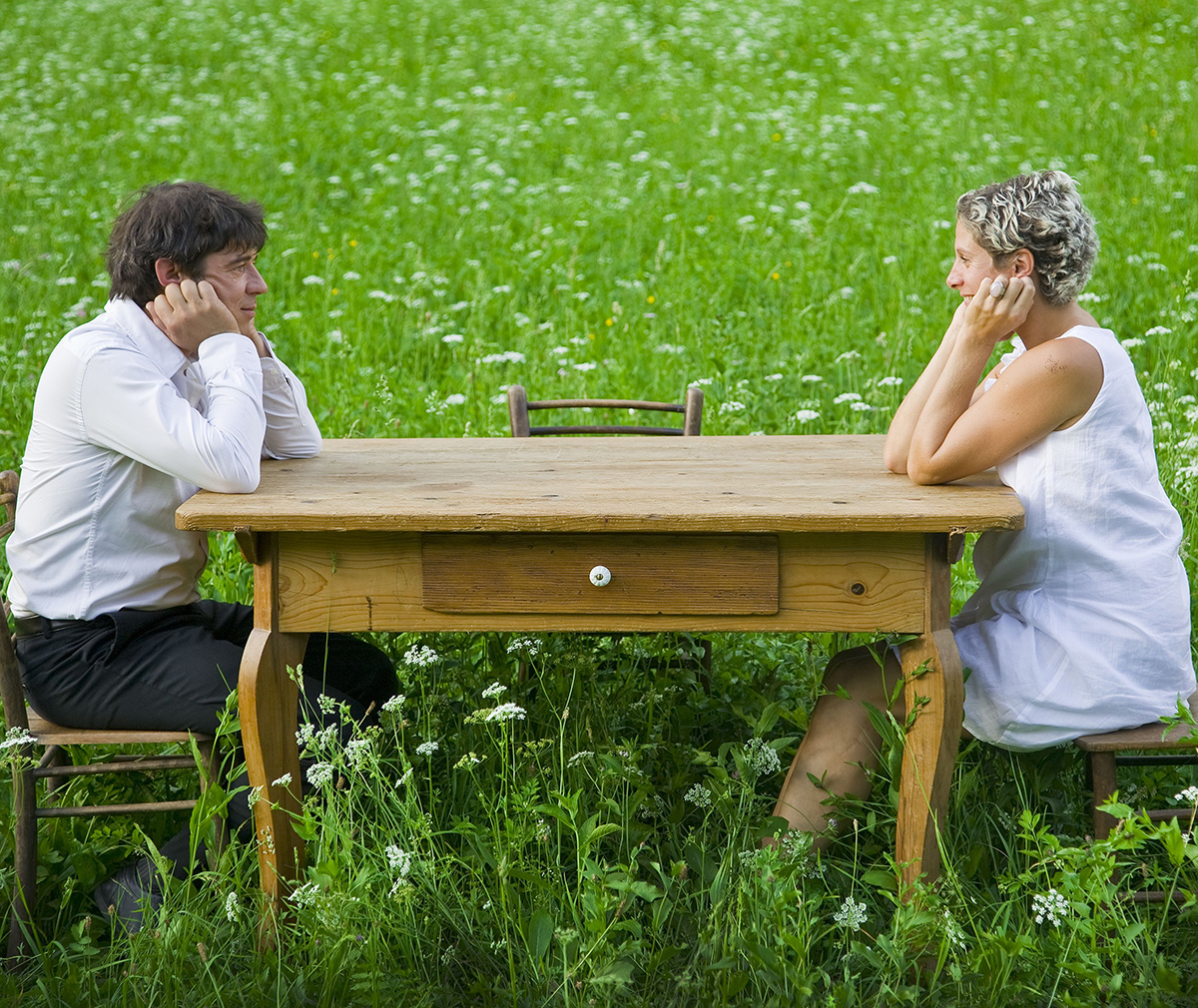 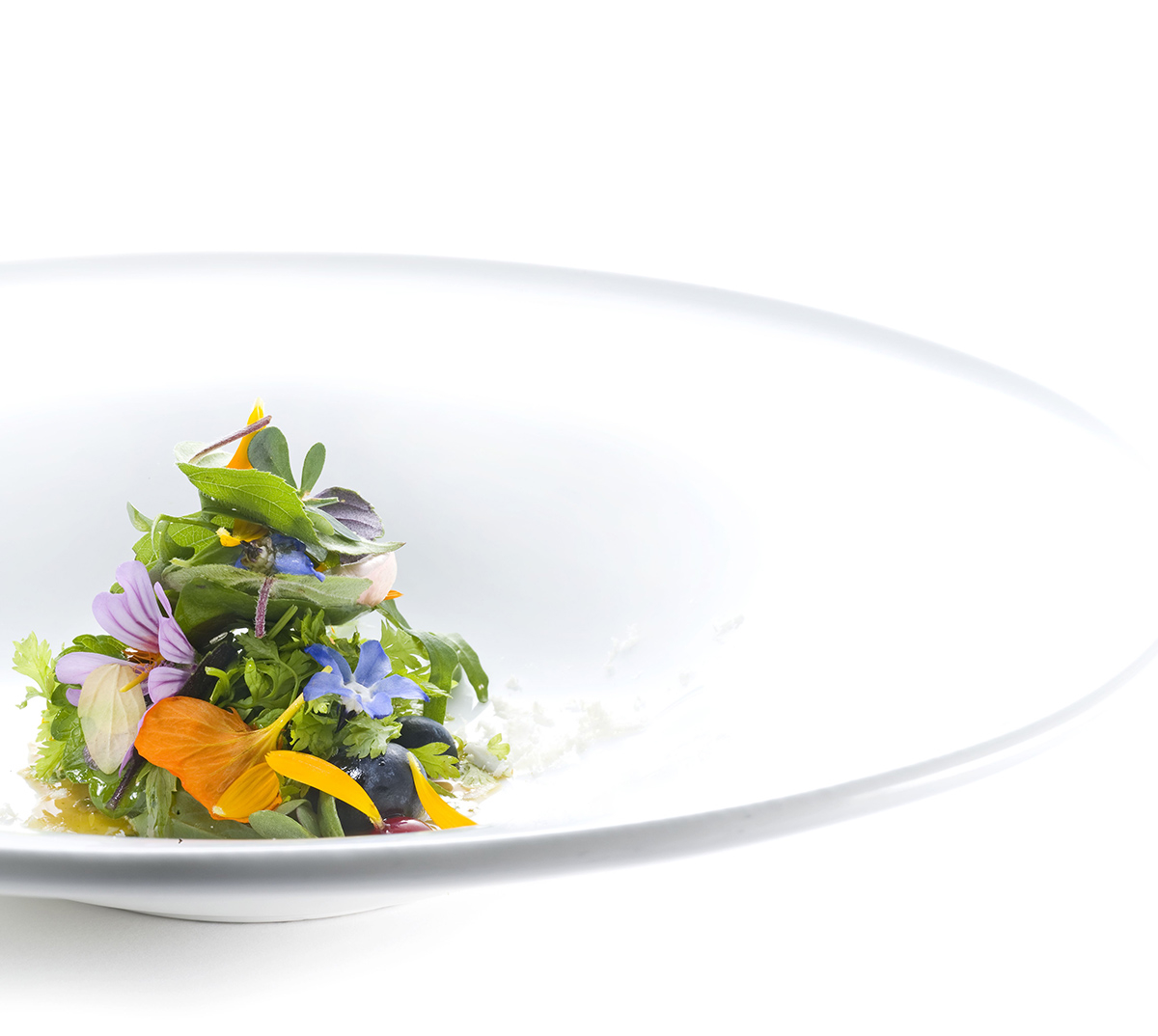 From Slovenia with love

Andrea Petrini takes his weary feet to the east of the continent to revel in the delights of Ana Roš’s exceptional creations, for FOUR’s International Edition…

A notice to all experts in political affairs: if Gastón Acurio really has a chance of becoming the next President of the Peruvian Republic—without being the Messiah he is claimed to be by the nation—why not choose the exquisite Ana Roš as the World Ambassador of new Slovenian cuisine? Perhaps she is not yet hailed outside of her native borders, but, in the case of a referendum, her triumph would surely turn out to be overwhelming.

We want to celebrate this exemplary story of the young chef of restaurant Hiša Franko and of all those winemakers and restaurateurs from Movia, Simcic and Tomaž Kavcic to name but a few, whose rebellious ‘movida’ now inspires respect the world over.

Drive north of Venice, on the highway to Udine and once you cross the border into Slovenia, take a left and you will notice a sign for ‘Kobarid’. This is your destination, but you will not find Ana cooking in the kitchen, because she probably grabbed her partner Walter [Kramer] and plunged into the green nature of her country, as she often does. You might be able to find her on a canoe, kayak or climbing mountains, among the lakes, rivers or steep peaks. Of course, the creation of all divine cuisine starts right here.

From eco-friendly inspiration, vegetables from the garden and the Alps, the finest game, the first fruits of the season or fish from the sea; here Ana has discovered the foundation of her cuisine. “The ancient inn of Walter’s parents’ [house] was opened some decades ago and has always represented a sort of institution for that area,” Ana says. “It took me another decade to establish a style that respected this location as well as taking into consideration my own personality.”

Ana is extremely determined. Sensitive, too. If you put her in the company of Albert Adrià, Alex Atala and René Redzepi, as was the case during a Cook It Raw gathering in Poland, you will notice the elegance and naturalness with which she works.

Between her base, restaurant Hiša Franko, and Ljubljana Castle in the Slovenian capital, Ana Roš offers her guests an introduction to the characteristics of their surroundings in her cuisine.

Ana’s cuisine exudes fantasy, femininity and inner richness. Nowhere does this manifest itself better than her dish Imaginary Vegetable Garden: a summer composition of raw vegetables, where peas, radishes and fresh almonds harmonise with tarragon, purple basil and watermelon in a captivating immersion of contrasts between light and dark. The luminosity virtually explodes into a spirited dance of ingredients that are miraculously balanced.

Another sensational dish is made of plump trout, darting in the fish farm opposite the garden, cooked at low temperature with ‘mortadella’ sausage, cream and black olive powder. Then there’s the Adriatic seabass with blanched almonds, sea asparagus, potatoes, lemon cream and ‘pink sauce’. And who could fail to mention the extraordinary, if not best, tartare on earth? “It is prepared with an incredibly tender beef. It is not necessary to ‘over-work’ this product since it is so sensational, therefore you can season it just with dry tomatoes and some drops of sour milk, nothing else.”

With his angelic face and athletic body, I am sure that if Walter was still single he would have a long line of contenders standing in line back to the border. On the one hand, he is the proud husband, sitting back and letting Ana take the limelight. On the other, he is the accomplished sommelier of the restaurant. “The big white wines of the Pass of Friuli are waiting just behind the door, after visionaries like Josko Gravner paved the way. With the heritage of Movia and Simcic, here in Slovenia, we are at the forefront of the second generation of winemakers who work in the vineyards and cellars, fully respecting nature’s cycles. The potential of our wine is incredible.”

Every time we cross the threshold to Ana’s world, the star in a newly discovered solar system, we rediscover the intensity of her ravioli with ‘leviscolo’, an emulsion of truffle and fresh cheese. It is the perfect combination of a culture and the mood of a woman who combines her cuisine with her emotional surroundings.

It is a dish made of her world, made of soil, musk, the flavours of the underwood and of the sun and mountain breeze. A dish that lives in the ‘here and now’, that perfectly summarises the poetic rendition of the entire nation. But please do not talk about ‘signature dish’, or about the great recipe that many other chefs would base their whole lives on. Ana Roš is always ‘away’ with nature. Catch her if you can… 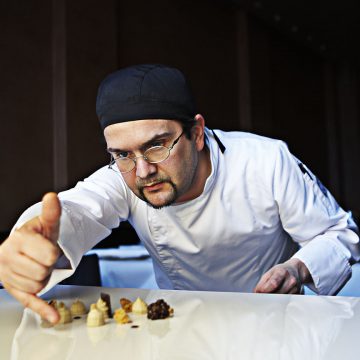 Aiming to give his guests an authentic Italian experience, Head Chef of EraOra in Copenhagen has kept the restaurant’s illustrious cuisine at the forefront of fine dining cuisine in Scandinavia. Andrea Guglielmi adapts his menu daily to the organic Italian produce that is on offer, paying homage to traditional, seasonal and fresh Italian flavours. Having

Creativity in the Kitchen with JB Restaurant

JB Restaurant in downtown Ljubljana, Slovenia, is S.Pellegrino’s Top 100 World’s Best Restaurant share an insight into their creative process in the kitchen. 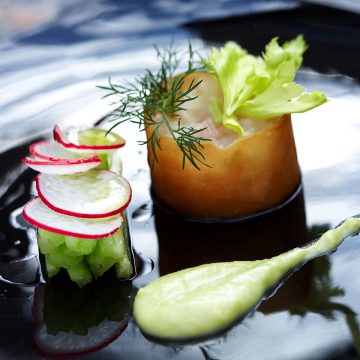 A Recipe by Andrea Guglielmi

Head chef of EraOra gives you a Sunday delight, for virgin lobster tartar with celery, radish, carrot and fennel cream… 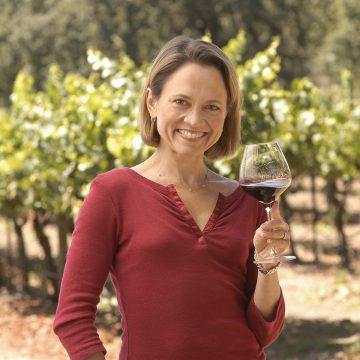 Three-times James Beard Foundation winner, Andrea is an American sommelier, television personality and author. She is also one of 18 women Master Sommeliers in the world and was the first woman to be named by the Sommelier Society of America as the best sommelier in the US.