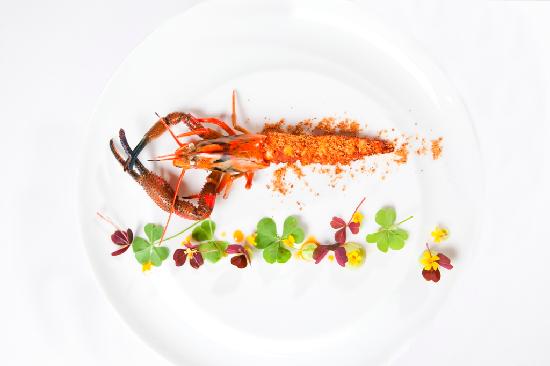 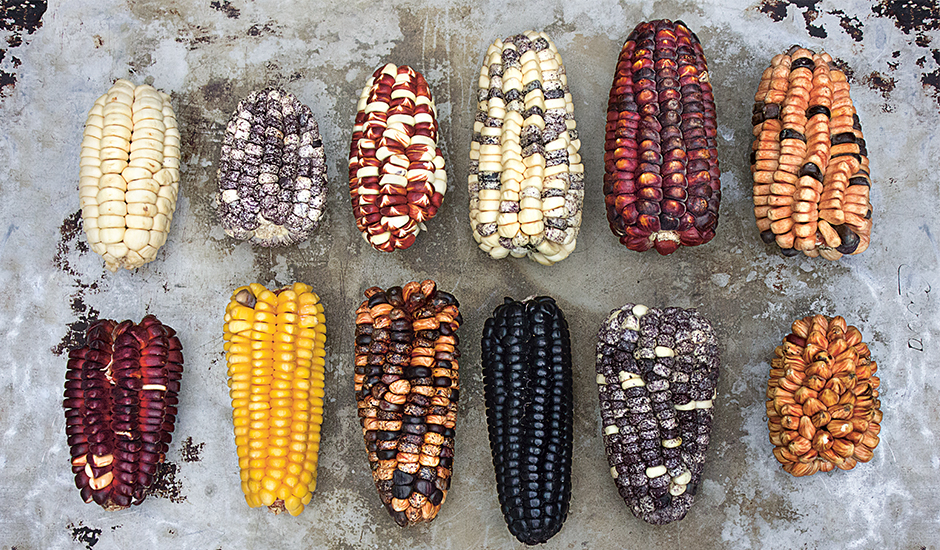 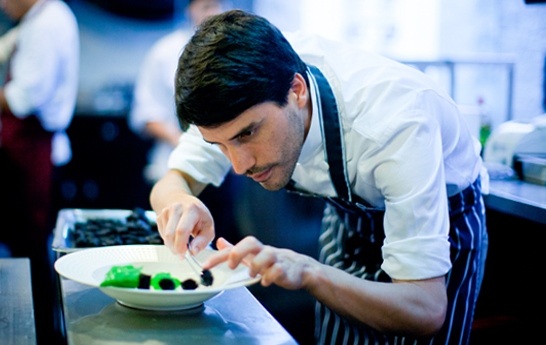 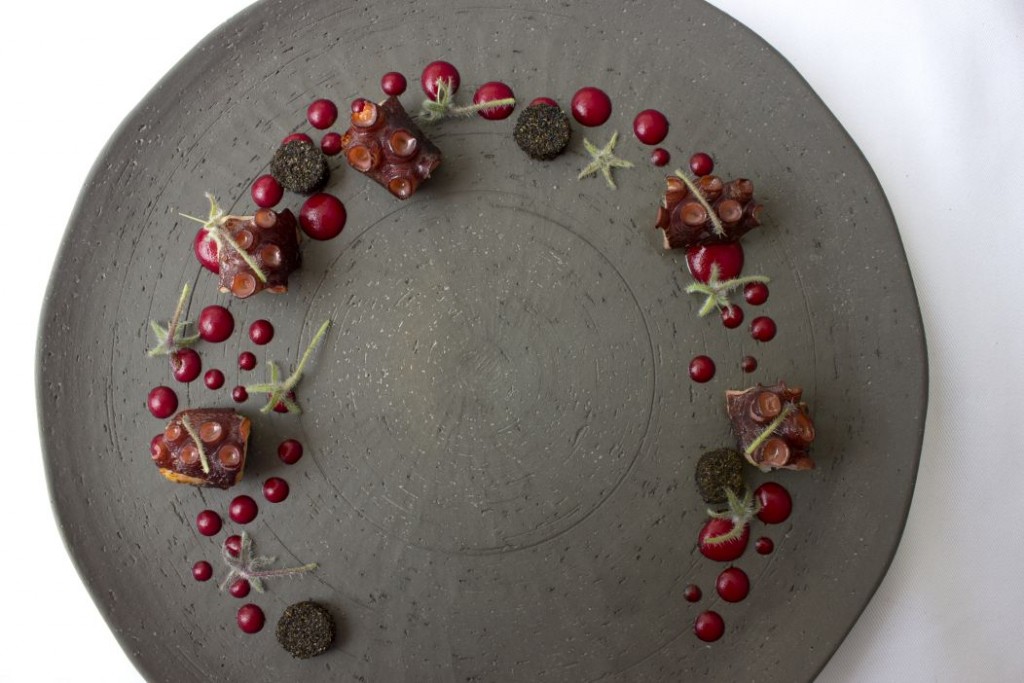 From Lima with Love

“At Central, when the curtain rises, the place is elegant, modern and transparent, with an atmosphere that is immediately relaxing.”

Virgilio Martínez has dishevelled hair, the glowering look of an agitated, yet reserved man, with jeans that fall just a bit too low. When he puts on his immaculate chef’s jacket and we look at him through the huge window separating the kitchen from the dining room of the restaurant, it seems surreal. His gestures are calm and his actions slow, precise and methodical, like a slow motion take.

By his side, the blonde Pia, the love of his life, who, in contrast to Virgilio, is fast, determined, almost brutal. This scene alone is enough to understand that on Central’s stage, Virgilio’s Lima restaurant, is something very special, and of great importance for the future of Peruvian cuisine.

The name Virgilio Martínez Véliz is well known among chefs and gourmets. He was born in 1977, the year of punk. Following in his culinary father’s footsteps—Gaston Acurio, the man who first introduced the concept of a New Latin-American cuisine to the world—Virgilio, at 35 years old and riding high, embodies the new generation.

His office is on the first floor, above the restaurant and next to the balcony is a garden used for wild and unusual herbs. There is a copy ofWhite Heatwithin reach, the first book by British chef Marco Pierre White. It was the daring audacity, the perfectionism and the radical classicism of the legendary chef, a punk lover, who pushed the inexperienced Virgilio to start his career in the kitchen. “That book changed my life,” says the Peruvian chef.

First of all he followed Gaston to Europe. “When I decided that it was the right time for me to come back to my country, it was not to remake the techniques and ideas I’d learnt around the world, but to sketch out a way that could reflect, through my experience, the evolution of a country like Peru, that, in spite of its deep tradition, is still vastly unaware of its roots and quantity of produce. Did you know that in Peru there are more than 4,000 types of potatoes?”

Twice a month Virgilio visits Cuzco, on the Machu Picchu and Andean hills, to forage with flavour hunters, fishermen and farmers—an exploration to discover herbs, fruits and tubers.

When chefs like René Redzepi, Massimo Bottura and Mauro Colagreco, or the great Daniel Patterson, of Coï, in San Francisco, eat at Central, in the residential suburb of Miraflores, they do so, not only to honour their colleague, but to discover the approach of the exploring chef, like Alex Atala, the Brazilian chef or Redzepi himself, a forager of the northern hemisphere.

Locavorism and globalism—the study of local, natural resources and a measured use of new technologies for international trade—is a work in progress at Central, its future developments yet to be fully evaluated by Virgilio. Ever since he turned his focus to the flavours of the unexplored native Peru, the highly gifted chef entered a period of creative turbulence, but still, with few equals, nowadays.

At Central, when the curtain rises, the place is elegant, modern and transparent, with an atmosphere that is immediately relaxing. To welcome guests there is the ceviche—a real national pride—presented in a personal way known as tiradito, with raw fish, but without the stock or the marinade. It represents the start of a menu under the name ‘Biodiversidad’ (Biodiversity), known as ‘Experienza Origen’ (Experience Origin). It is clear from the title: ‘La Pesca de 60 millas a 6 grado’ (Fishing 60 miles to 6 degrees), a plump fish—preferred over tuna because it is more sustainable—that we fished 60 miles away from the restaurant, served with granité d’oxalys and powder of Zapallo Loche, an extremely sweet Amazonian pumpkin.

Then there’s the wonderful rock octopus cooked on coal, with crunchy lentils and ‘citric’ mayonnaise, with drops of olive and Pendolino tomato sauce. Each dish is a trip, with the produce revealing discoveries and encounters learnt in Lima and the wider Peru.

I enquire with Virgilio about one of the elements on the plate: “Did you find out what these green microbubbles are, yet?”

“No, this is not a Spherification*. Trust me, they are micromarbles of lake weeds called cushuro, picked as they are. There is no need to use spherification when the biosphere can do it by following a millenary process that is 100 per cent natural,” explains Virgilio, as he serves the lake micromarbles with Andean prawns, rice spaghetti with beet and a bit of spicy rocoto, a very thin Amerindian hot pepper.

Central is a succession of textures and colours. Like the marmoree of scallops from the coast of Pisco with kiwicha—a cereal belonging to the family of quinoa—whipped with leche de tigre (tiger’s milk), emulsified with exotic fruit juices for an enhanced mixture and to finish, avocado quenelle and sweet and sour seaweed. An astonishing dish with its fresh and complex naturalness, which firmly cements the expressive certainty of this Peruvian star.

It is clear to see that Virgilio Martínez is the new messenger of the Latin American scene. He is also welcome in London, where last July, he opened restaurant Lima. An informal restaurant where he presents contemporary Peruvian cuisine. “But my lab, my headquarters, my real home, is, of course, Central in Lima.”

Mi casa es tu casa. Or, as the director John Boorman said in the great movie of 1990: “Home is where the heart is.” And the cuisine of Virgilio Martínez comes completely from the heart. Made of home and with love. 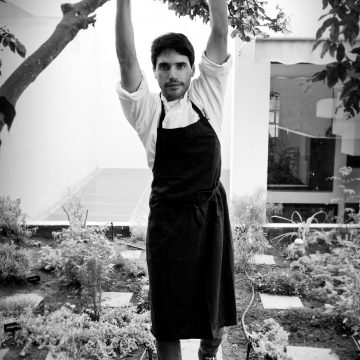 Born in Peru, Virgilio Martinez has taken London’s culinary scene by storm as Executive Chef at LIMA. The restaurant represents Peru’s recent gastronomic expansion and showcases it with authentic, seasonal and fresh produce, encompassing Peruvian flavours and ingredients in a clean and contemporary style. Chef Virgilio completed his diploma at Le Cordon Bleu in 1998

To celebrate Virgilio Martinez’s hit restaurant Central in Lima, Peru, being crowned No.1 in Latin America’s 50 Best Restaurants 2015 for the second year running, FOUR gives you his fantastic recipe for sea bass ceviche to get your weekend off to a fabulous start…Enjoy!