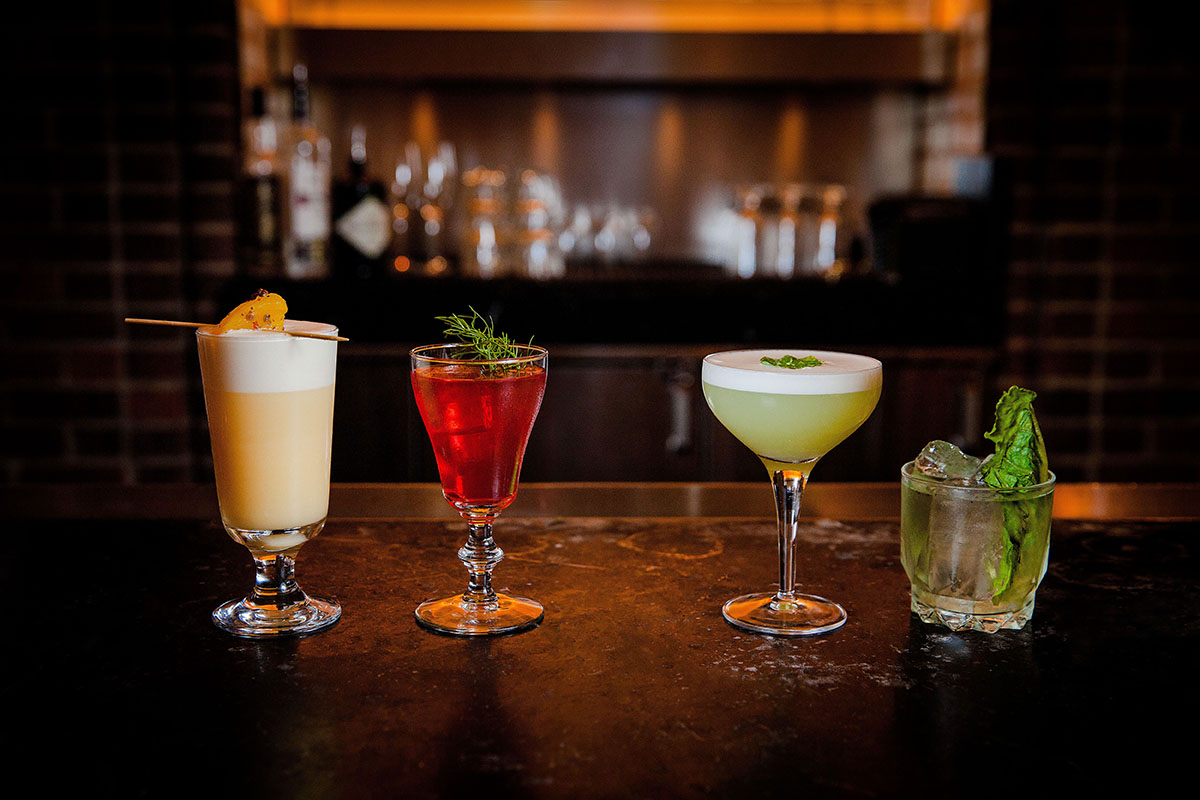 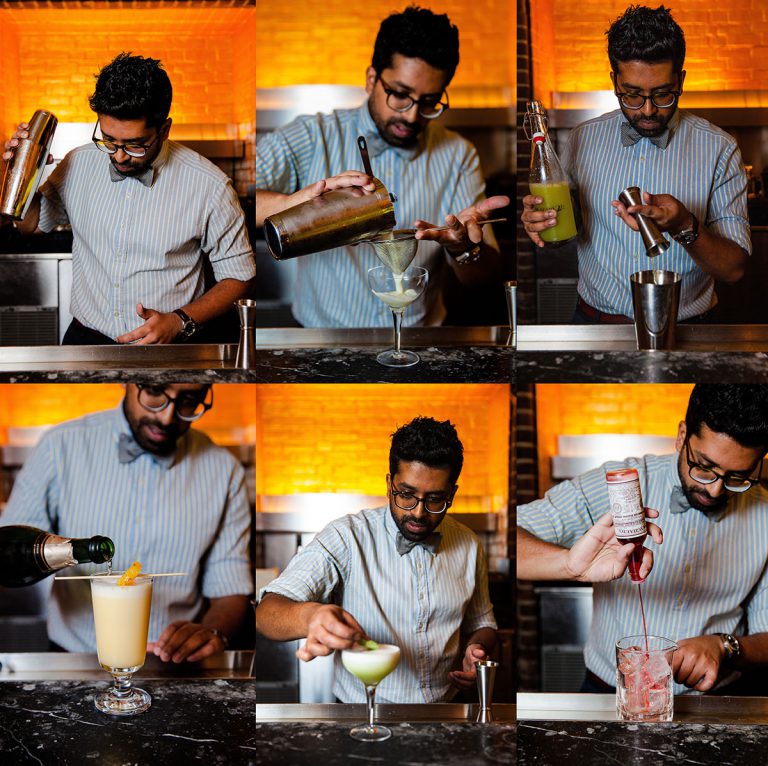 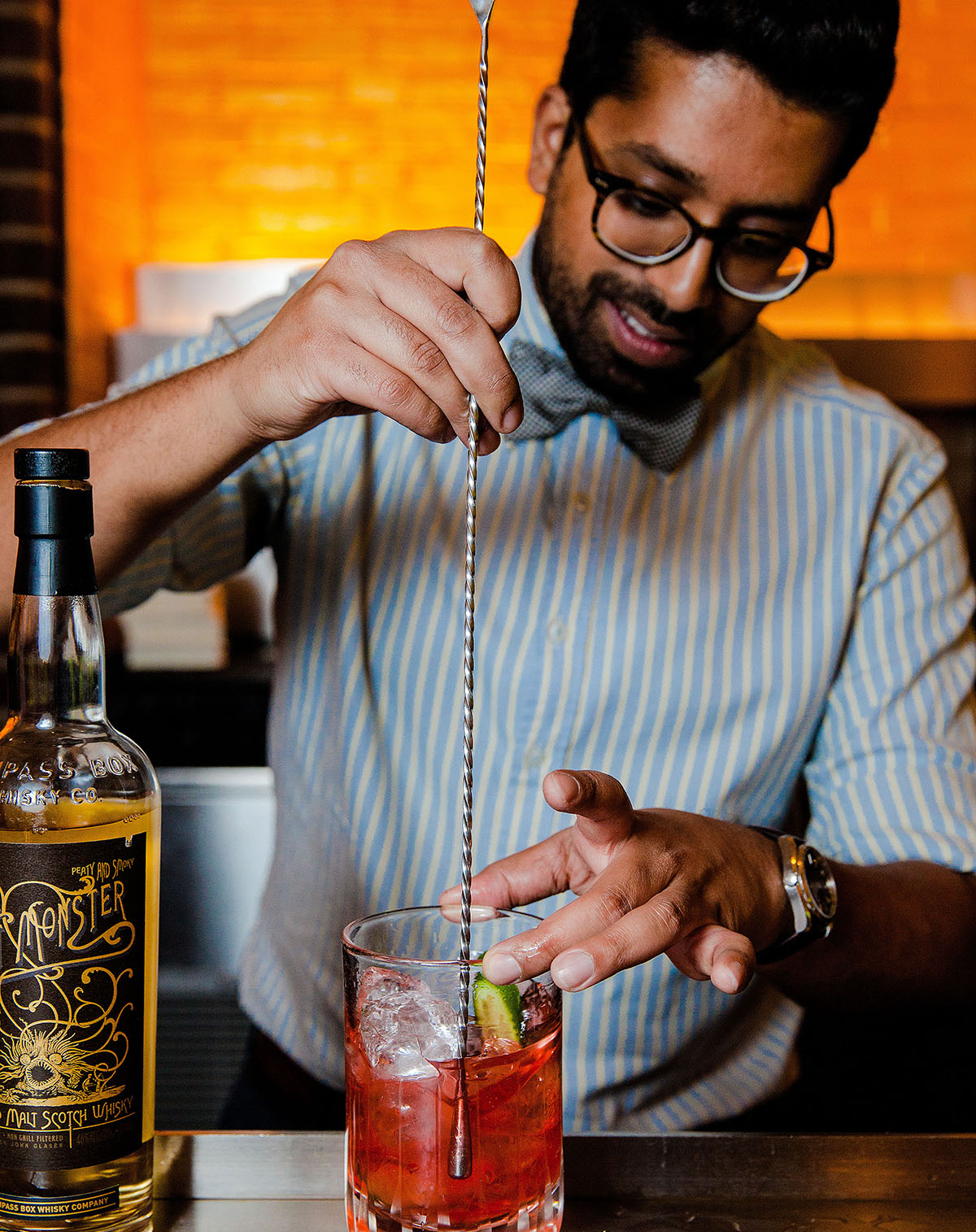 You were named as Innovators of the Year at the annual Imbibe Awards in London earlier this year. How do you feel about your new award?

Genuinely shocked! It’s amazing though. I value innovation hugely, so to have all the hard work we’ve being doing get recognised by something so prestigious is incredible. Following the accolade on from Heston and Sukhinder is a fantastic feeling.

What’s the distinguishing philosophy behind the Mr Lyan team?

To strive to do things differently and to challenge what we know and what we think we know. We’re constantly learning and we want to push ourselves and the industry in as many ways as we can. The team have very different backgrounds so it’s amazing to have so many perspectives joined under the umbrella idea of doing creative, innovative and honest work.

What’s your first memory of being interested in the world of cocktails?

In the sense of which I view it now, it really came when my best friend suggested the switch to the bar from the kitchen. His point was that I’d still be working with produce and flavours in exactly the same way, but I’d get the interaction I was craving from being stuck in the kitchen.

Which flavours are most prominent in your creations?

I don’t think I have any particular ‘signature’ flavours that I use. I like to use ‘substrata’ flavours for effect though – mint as a green, cooling sensation, salt to ping other flavours or vanilla to add creaminess.

What about your ingredients. Which are your most indispensible?

Each country, each bar and each concept have very different products and needs so there’s little that’s universally indispensable to me. That said, Maldon salt, Angostura bitters, Campari and Tio Pepe are always fresh in my house.

Apart from your recent accoclade, what’s been your most memorable moment of your career to date?

The first time I won UK Bartender of the Year was very memorable. To be crowned by Marco Pierre White was an amazing experience and a massive learning curve – coupled with the opportunity to represent the UK on a global scale. It’s a very fond memory.

Your past projects include the development of the cocktail program for Selfridges. What exactly did the project involve and what was the reaction from press/imbibers?

I’ve been very fortunate to develop some amazing programs with White Lyan – Selfridges, Brewdog, Virgin Airways and of course Henry in New York, and they’ve all been different concepts. Thankfully all have been very well received. It’s a great opportunity to explore drinks to suit a particular space, theme and demographic. With their various idiosyncrasies, it’s an amazing exercise in problem solving, and an attempt to look at the wonderful social interaction that is drinking and dining.

We’ve just heard that you have big news regarding 2014 plans. Care to share any juicy details?

There are some amazing plans, and some incredible people joining the team – it’s going to be an exciting year for sure.
A new project is looming and it is a collaboration. It’ll be very different, and it’ll be unlike anywhere else! That’s all I’m saying!

Hannah van Ongevalle shows us how to get into the spring mood with this cocktail from The Pharmacy bar in Belgium…Yum!

With cocktails that showcase a number of traditional Chinese ingredients, Hutong never fails to deliver. Try their Penicillin cocktail to really get the weekend started…