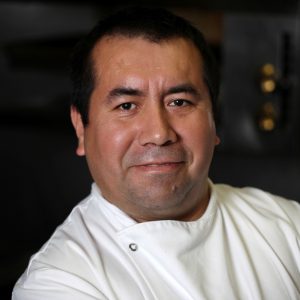 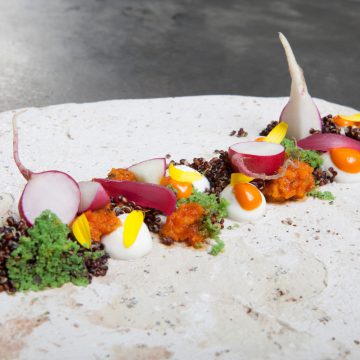 You’ve spent a number of years working in the UK as a chef but before you joined forces with Virgilio Martínez to bring London restaurant LIMA, you travelled back to your homeland, Peru, to rediscover its cuisine. What are a few of the traditional Peruvian dishes that you brought back with you that are now served on Lima’s menu?

Apart from the classic ceviche we brought the Peruvian favourites: lamb seco, lamb stew in coriander sauce; tiraditos, light and colourful raw fish snacks and beef pachamanca, which is influenced by the ancient method of cooking under the earth. All our dishes combine tradition with a modern twist.

That was an interesting day for me! I had just moved house and the previous owner had left us without any light fittings, curtains or blinds. An ex-colleague phoned me early in the morning to tell me the news and it cheered me up totally. The phone didn’t stop ringing all day with congratulations, including from Peru where everyone agreed it was a great achievement for the country.

Do you have a favourite ingredient that you’re enjoying cooking with right now?

I love potato tubers at the moment – root vegetables which we are lucky enough to get from the Andes. We’re also using a lot of achiote, which is a seed from the Peruvian Amazon. It works really well in a marinade for meat, venison especially.

Who or what inspires your cooking the most?

Anton Mosimann, and other chefs I’ve been privileged to work with over the years such as Gary Klaner and Graham Chatham.

In London you have the opportunity to work with and learn from great colleagues from all over the world. Also, you can get hold of fantastic products. However, it’s also an exciting time to be a chef in Peru as a kind of culinary revolution is taking place there and so many ambitious and talented young people are joining the industry.

If you could take a plane ride anywhere in the world, just for one meal, where would it be and why?

I would like to go back to the Amalfi coast in Italy. I have wonderful memories of the fresh pasta, courgette flowers and mozzarella cheese.

And finally, do you have a favourite typically British dish you like to enjoy when you’re not eating delicious Peruvian cuisine?

I have to say fish and chips! Although I do like Lancashire hotpot and full English breakfast, too…

Find out more about Robert Ortiz