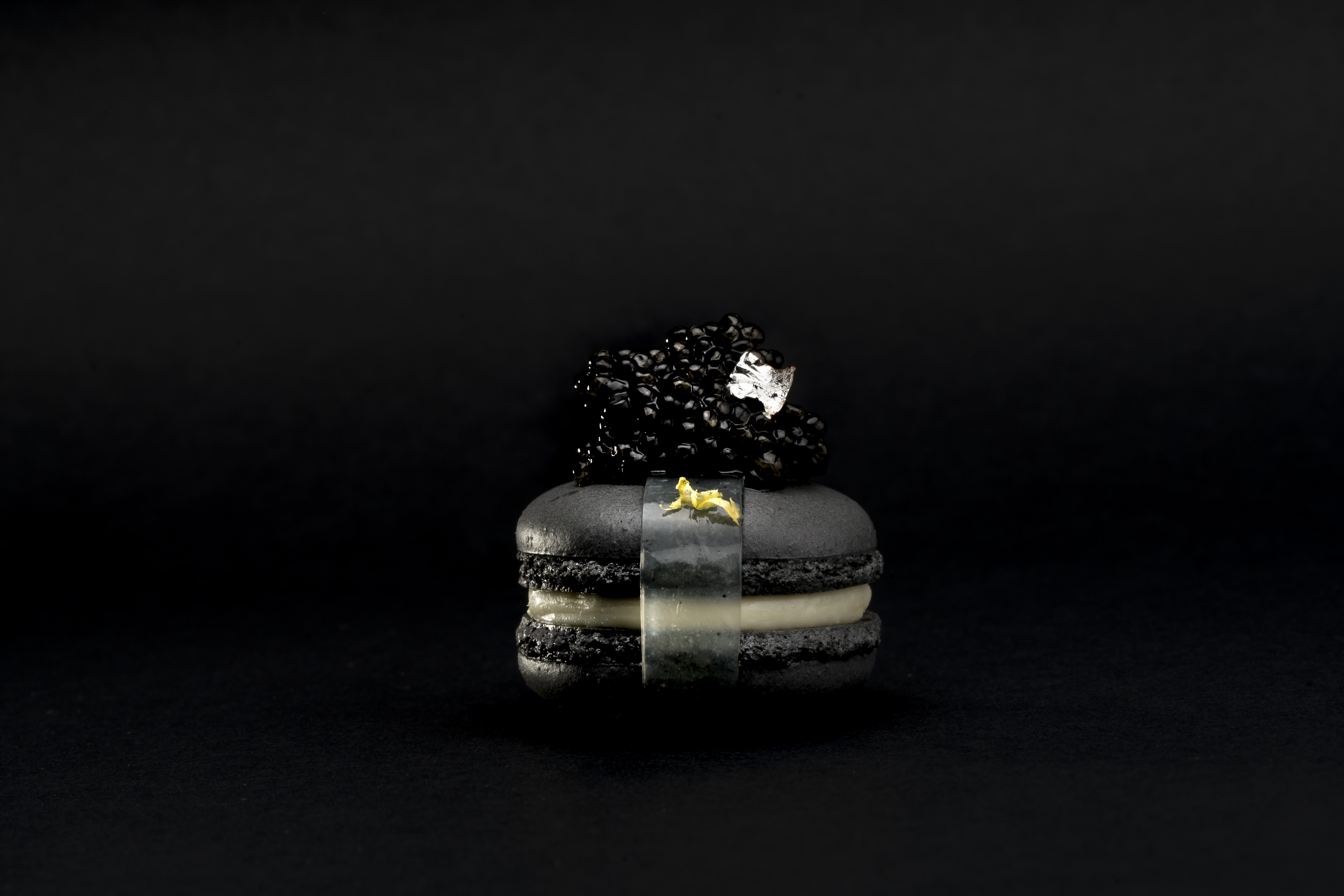 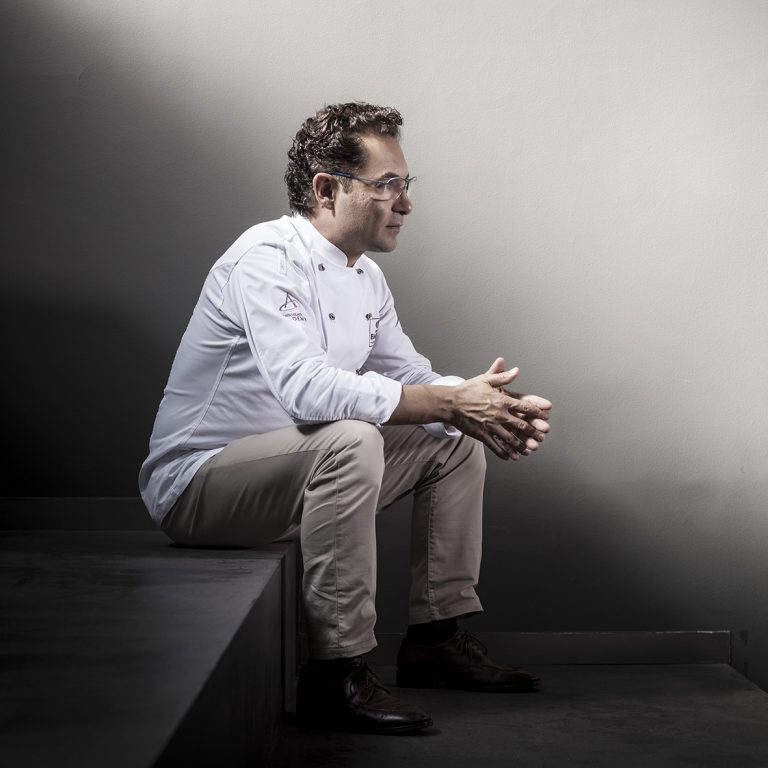 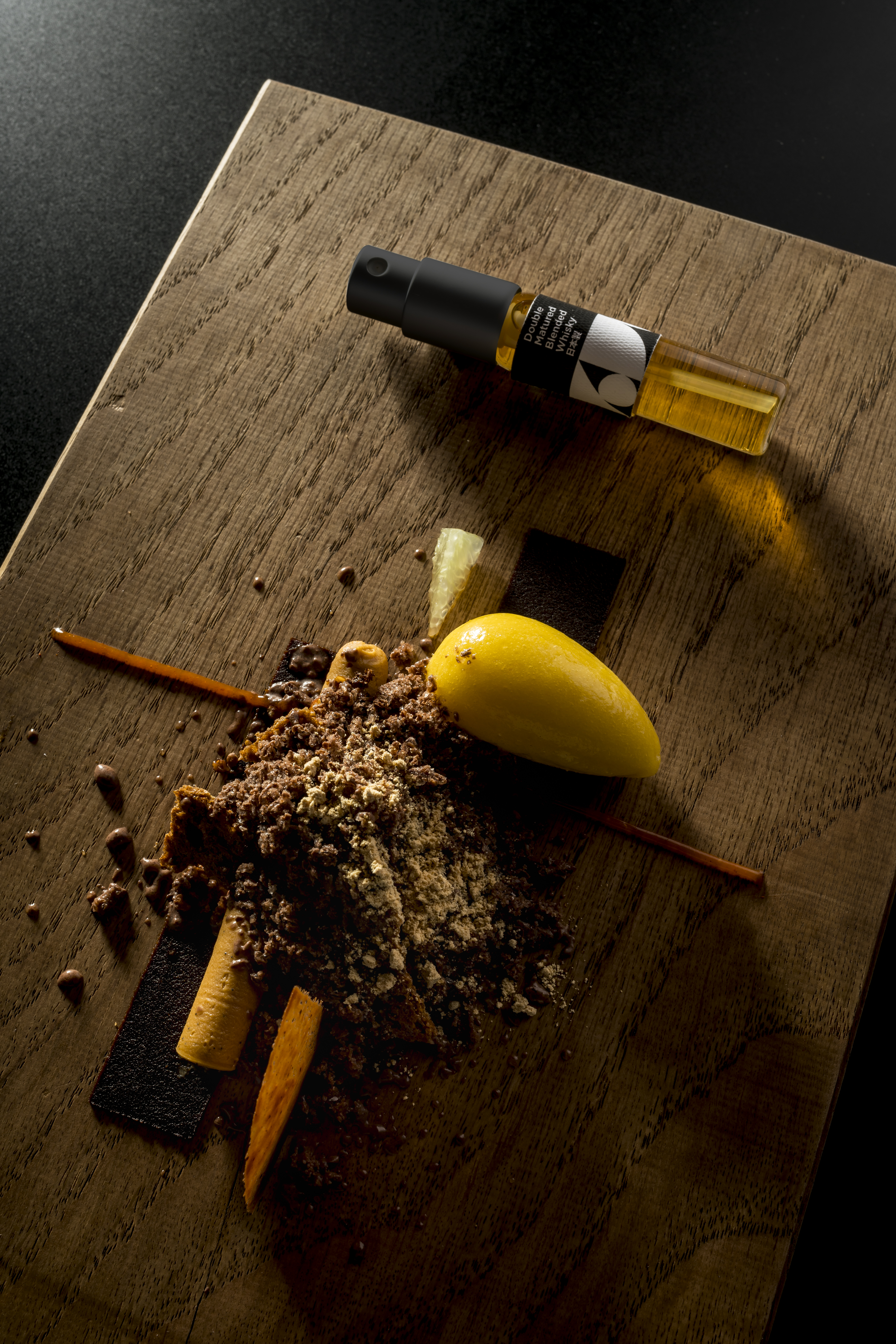 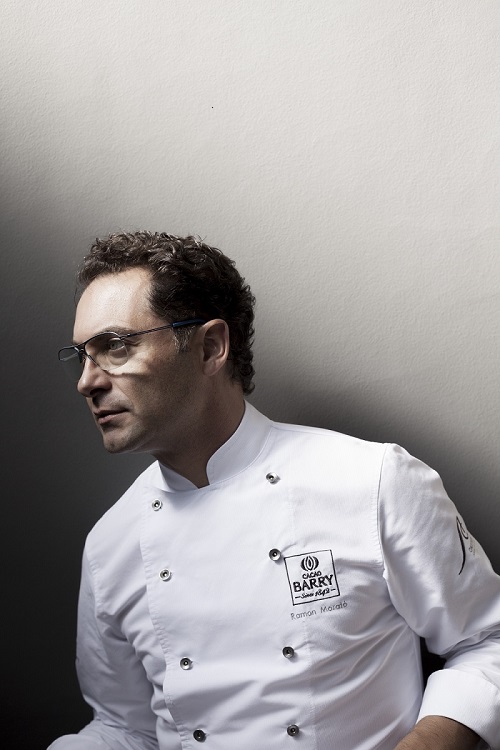 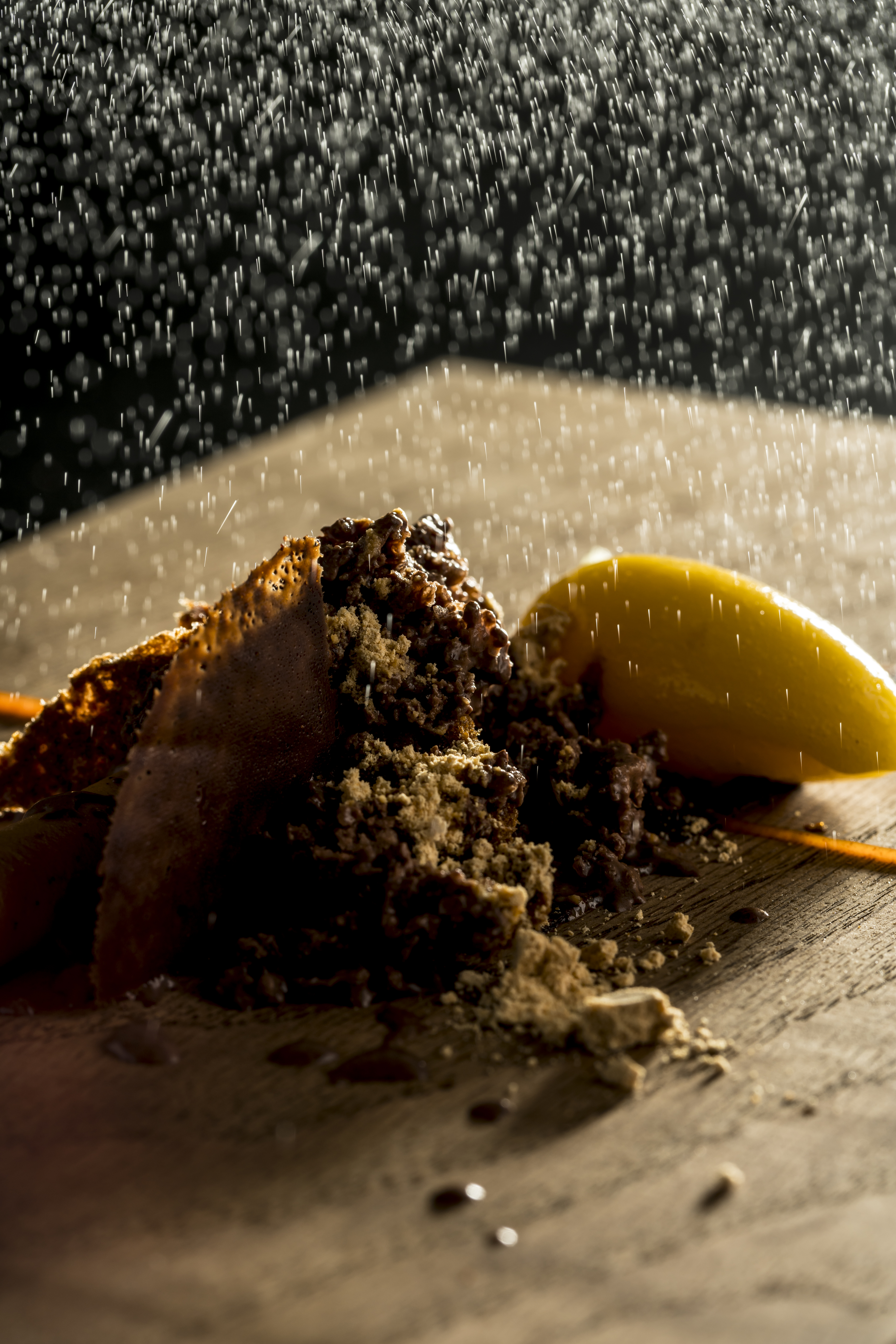 Having recently featured Ramon Morató on the cover of FOUR Magazine, we caught up with the acclaimed pastry chef to find out more about his culinary creations.

It happened by accident. The truth is that I haven’t got any family links to pastry making. I was studying industrial mechanics and at the weekends I worked at a patisserie, and that’s where I realised that this was the job for me.

When I told my parents I wanted to have a career in pastry making, they weren’t too keen on the idea because at that time chefs didn’t have the social prestige they enjoy today; more the opposite in fact. But in the end they supported me and I remember their advice to this day: “If you want to be a pastry chef, that’s your decision; specialise and try to be a good professional.”

Flavour comes first and foremost, and that’s related to finding the right product. If a good product is cooked with respect, preserving its authenticity, the battle is won.

Personally, I also love playing with textures to make things happen from a sensory perspective when it comes to eating. And, last of all, from a visual point of view, I like products with a minimalist aesthetic, without too much going on, and above all I like geometric forms.

For me, the art of plating is another way of expressing creativity, an idea or a feeling conveyed through what we display on a plate.

When you have an idea or you’ve been inspired by some form or image and you then reflect it on a plate, it’s a very enriching experience, and the most important thing is that we’re a fortunate bunch who do things for people to enjoy and feel happy.

I always try to transmit a message as directly and clearly as possible. For instance, if a chocolate bonbon contains olive oil, basil and passion fruit, I strive to ensure that the result is faithful to the message that we’ve transmitted, allowing all the aromatic notes of all the ingredients used to be perceptible on a sensory journey.

Do you think the concept of ‘plating’ has changed over recent years? and if so, in what way?

Of course it’s changed; we’re all constantly evolving. I think that the explosion on the scene of Ferran Adrià’s from El Bullí restaurant marked a before and after, not only in terms of flavour but also in the aesthetics of plating. This is a very personal opinion, but I think we’re indebted to this group of people who over several years changed our perception of gastronomy. Most of the great chefs who are now enjoying great success in the world have honed their craft at El Bullí or have been influenced by it in some way, through its books, talks or the endless number of techniques created there.

Can you explain to us how the creative journey of your dishes begin?

I’m a strange creature because I don’t have a patisserie or a restaurant; I work for a brand, a chocolate brand, and what I do doesn’t end up in the display window of a patisserie or on a restaurant menu. Everything we do at the new Cacao Barry Lab is for Cacao Barry®, a premium French chocolate brand known all over the world. The brand has certain values that we attempt to convey in our creations and campaigns.

In short, all the work we do is for the brand’s catalogues, for social networks or for presentations on courses and at talks for professionals around the world. If they find what we do useful or feel inspired by our ideas, they’ll then take them and adapt them to their own businesses.

But, generally speaking, the creative process begins with the arrival of an order, a specific purpose; without a goal there’s no pressure, and without pressure there’s no creativity. Then the discussions begin with the team. We work with various market trends, with mood boards, but inspiration may come from anywhere: from a colour, from a cultural reference or from a specific product; creativity is an attitude and a reflection of the diversity that surrounds us.

Do you have a particular dish that was a favourite to design?

I few months ago I created a dish called “Rain over Peru” for the book “Four in One”, launched with my colleagues to celebrate the 20th anniversary of the Chocolate Academy in Barcelona.

It’s inspired by Nikkei cuisine. Nikkei means “Japenese outside Japan” and is the name used to describe emigrants of Japanese origin and their descendants.

At the end of the 19th century, specifically on 4 April 1899, 790 Japanese reached the coast of Peru. This first group of Japanese migrants to Peru began to cook their dishes with the ingredients they could get hold of locally or that they were able to import.

Nevertheless, as happens to all of us when we go to live in other countries, they had to replace some of the Japanese products that they couldn’t get hold of in Peru with local products, making the fusion of products and ingredients more and more popular.

It’s a lovely story and the dish I’ve created is my personal tribute to these people who so long ago used their creativity in order to evolve.

I’ve been lucky and have been able to enjoy some great moments, so please forgive me but I’m going to list a few that have been crucial to me. When I won my first contest as the best pastry chef in Spain back in 1997, it changed my career and opened lots of doors to me. When I published my first book “Chocolate” in 2007. It’s a book that’s sold well all over the world and has enabled my work to reach a great many professionals. When I gave a “Many Faces of Chocolate” lecture at Harvard University in September 2011, entitled “Heat and Temperature Flux in Chocolate”, part of the university’s Science & Cooking Public Lectures.

And finally, on 19 September of this year, I had the privilege to give a talk for the Relais Desserts International association which brings together a selection of the world’s best pastry chefs as part of its autumn seminar at the ENSP (Ecole Nationale Supérieure de la Pâtisserie) in Yssingeaux, France. As a result of the our collaboration with the scientist Anne Cazor, of the French company Scinnov, we presented a scientific study on the most popular classic mousse techniques used in pastry making, along with some new developments. The results of this study were unveiled at the presentation and will soon be included in a newsletter that you’ll be able to download and/or read on the cacaobarry.com website.

There’s a cake that Pierre Hermé created during his time at Fauchon (Paris) called “La cerise sur le gateau”. When I first saw it I was taken aback by its beauty.

Who’s restaurant would you most like to eat at and why?

There are so many! But I’ll go for David Pynt’s “Burnt Ends” in Singapore, a modern Australian barbecue concept. You can eat delicious dishes at the bar as you watch the chefs at work with the embers, cooking in front of diners. It’s a place where I can really relax, maybe thanks to the music, the setting, the climate… I don’t know, but it’s a place I’d always go back to.