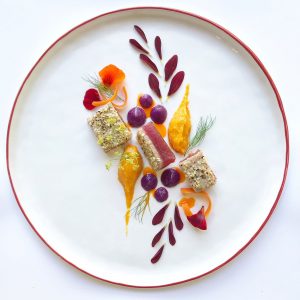 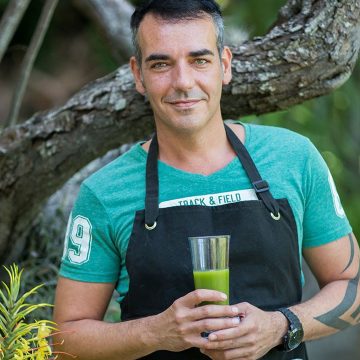 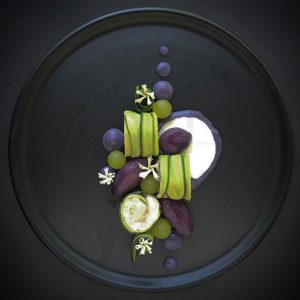 Jason Whitehead has made his mark on the Cape Town food industry with more than 20 years of experience working at some of the city’s leading eateries. Young, successful, and dynamic, FOUR finds out more about his highly creative and has a distinctive style of cooking.

Definitely my folks and my Grandmother.  Both my mother and grandmother owned restaurants, but it was my Gran who was the more passionate chef, while my mother was more of a businesswoman and preferred being in the front of house.  Then traveling quite a bit after my studies and working in various different kitchens abroad, it was only then that I became truly inspired to follow my career as a chef.

To utilise as much of the animal AND plant as possible, using a nose-to-tail approach. And to be original.

The ‘art of plating’ is a process that starts from conceptualising a dish and bringing it to life utilising various different ingredients to bring colour, texture, smell and taste onto a plate, in the most original way possible.

By utilising as much of the ingredient as possible.  For instance, I would leave the heads of the carrot on, which adds another element of texture, colour and drama to the plate.

Can you explain to us how the creative journey of your dishes begins?

I usually start with the star of the dish, and then think about different original ways to present it, with unusual flavour combinations, which don’t always work.  I often have to re-create a dish a couple of times until I am entirely happy with it – it’s all about trial and error and constantly thriving to learn about new ingredients and new ways of preparing things.

Do you have a particular dish that was a favourite to create?

A rather simple dish I recently did, which was a Chicken & Courgette ‘Cannelloni’, Parma Whey, Grapes, Purple Glazed Potatoes and Purple Cabbage Puree.  I loved the dramatic colours of the dish as well as the flavour combinations.

I would say recently publishing my first cookbook, Tasty WasteNOTS, as well as previously running my own little award-winning French-themed restaurant, Fréres Bistro in Cape Town.

Nobu Matsuhisa’s Miso Marinated Black Cod, as well as his New Style Sashimi, both dishes have always stood out as some of my fondest food memories. I have always been a huge fan of Eastern cuisine, and he is one of my all-time favourite chefs.

What do you think is on the horizon for the future of the fining dining scene?

With the huge rise in veganism globally, I definitely think we will start seeing a lot of fine dining vegan menus and restaurants popping up.

Who’s restaurant would you most like to eat at and why?

I am by no means vegan, but Matthew Kenney, an American chef working only with plant based foods is creating some seriously amazing looking dishes and I would love to eat at one of his many restaurants.

Do you have any new year’s resolutions?

I would love to do more travelling, possibly publish another cookbook and get into great shape again, in no particular order.