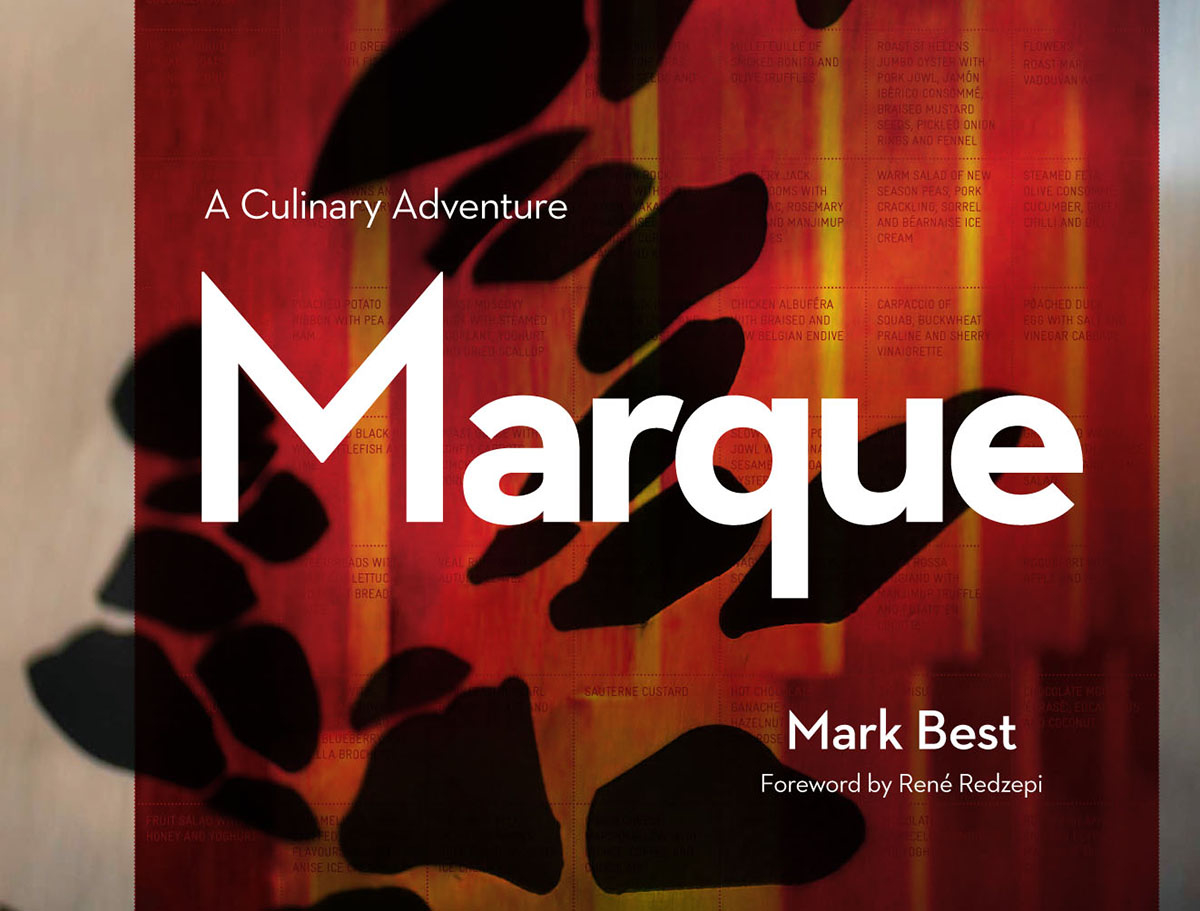 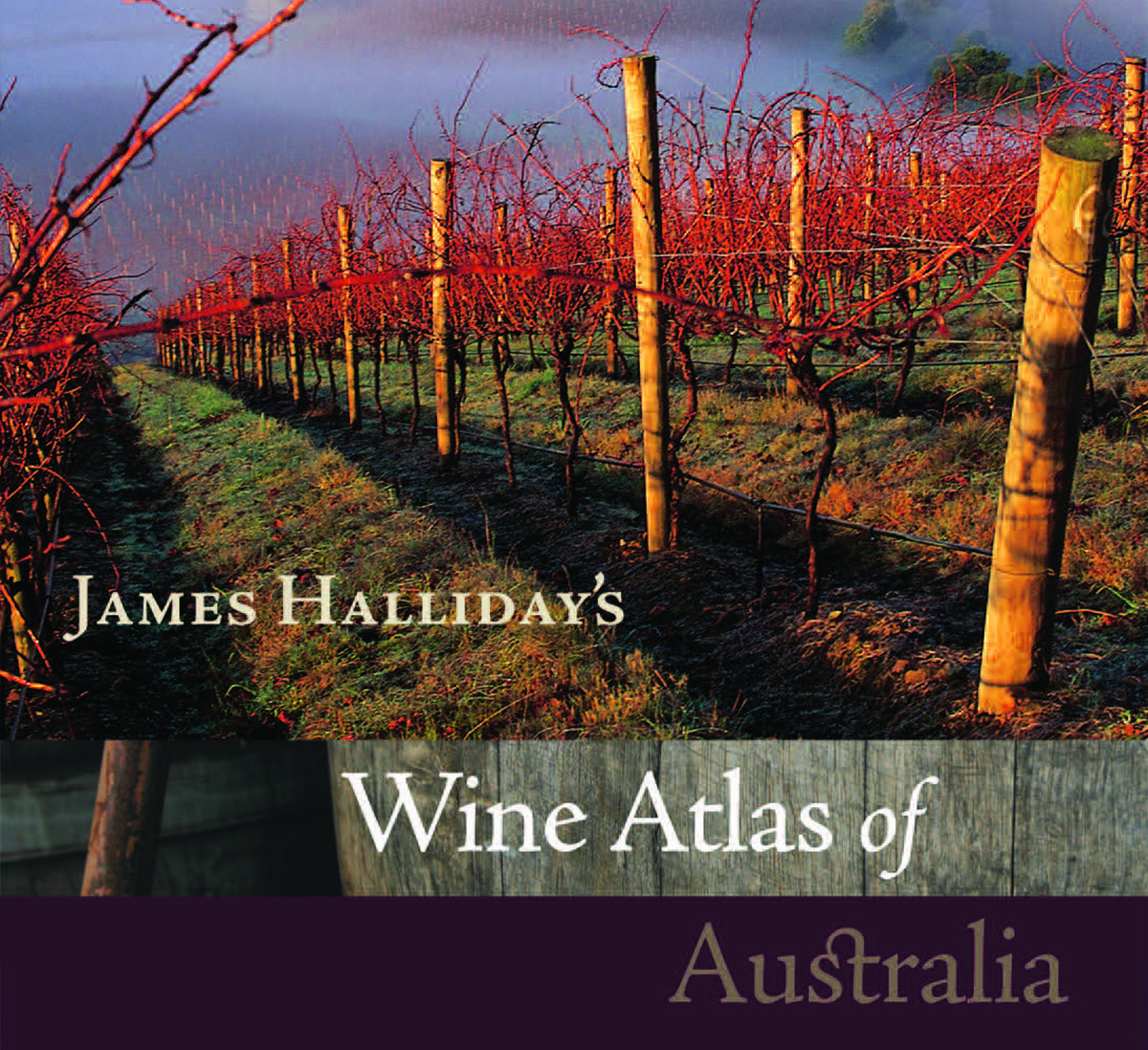 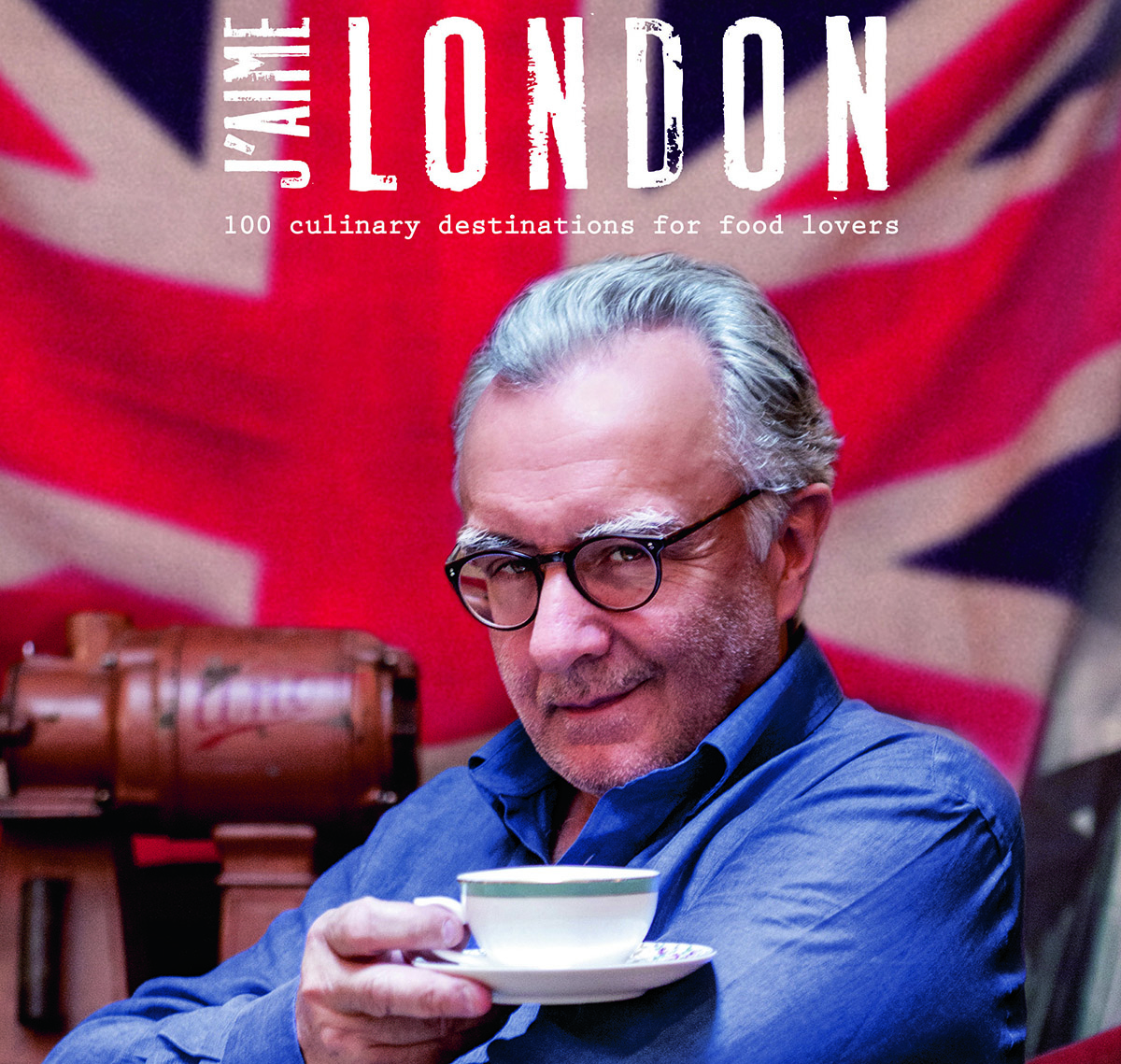 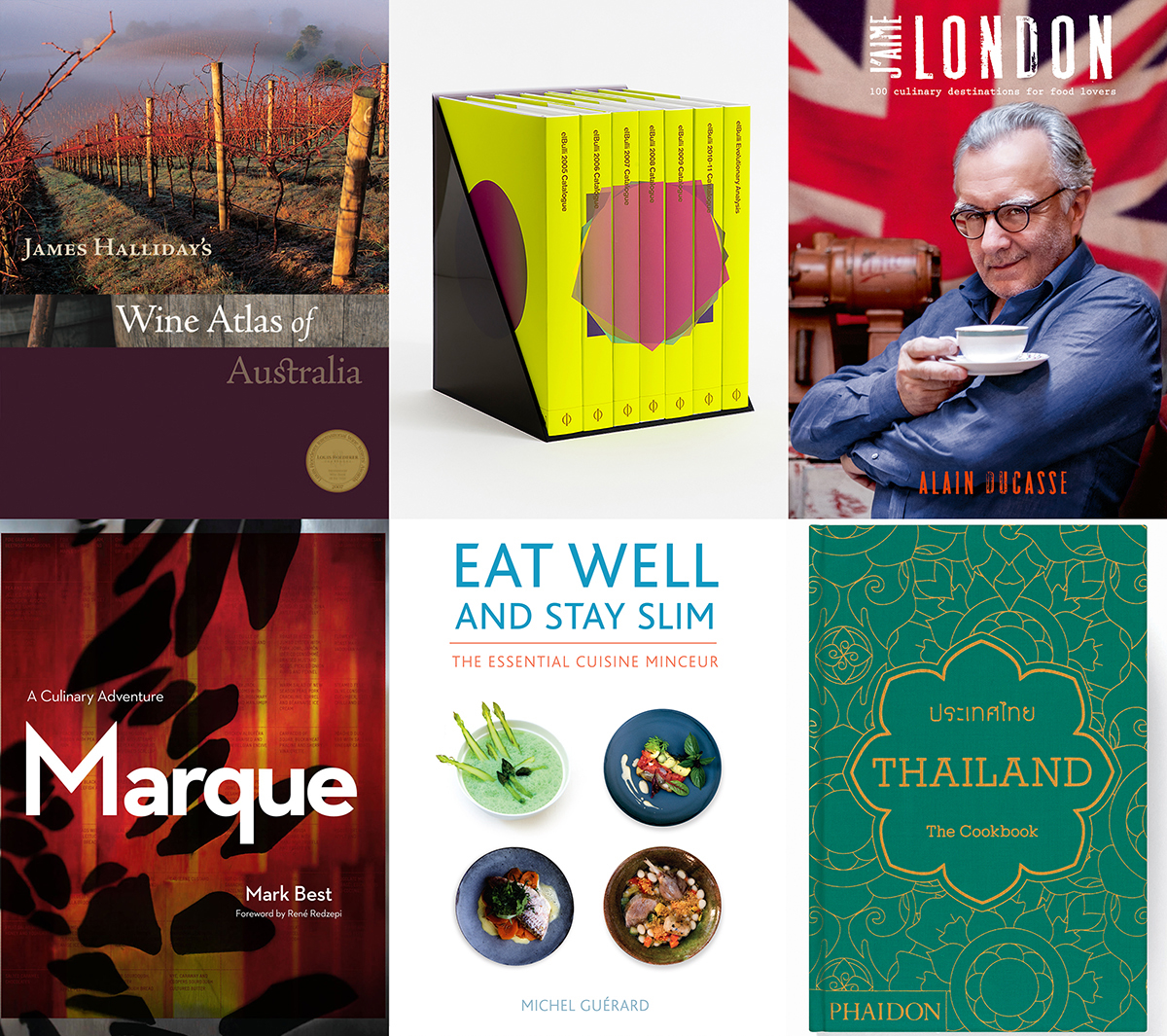 Wherever you are in the world, celebrate the turn of the season by turning through the pages of the world’s best food-inspired books released so far this year. FOUR gives you a few of our favourites…

What season is it where you are in the world? Right now, Europeis blissfully enjoying sunnier days with the onset of summer, while in Australia the end of May will herald the beginning of winter, but not as those in the chillier northern hemisphere know it; you can still enjoy sun and snorkelling off Australia’s eastern coast, after a day skiing on the slopes in its alps! But that’s for another story…

Right now, Brazil is currently in the midst of its autumn and in America, it’s spring! Wherever you are, though, especially if you’re a foodie, why not celebrate the turn of the season with us by turning through the pages of the world’s best food-inspired books released so far this year? FOUR gives you a few of our favourites…

Die-hard elBulli fans are yet to see the back of master chef Ferran Adrià, who closed the door of his 3-Michelin-star restaurant, elBulli, in 2011, which reigned supreme as The World’s Best Restaurant for five years. The latest offshoot of his culinary empire is this catalogue raisonné, which gives insight to elBulli’s kitchen and over 750 of its recipes that continue to inspire and impress the custodians of the fine dining world.

Ever wondered what the world’s best chefs feed their professional ‘families’? Eating with the Chefs goes backstage at 18 of the most celebrated restaurants around the world, such as Noma, El Celler de Can Roca and Andoni LuisAduriz’s Mugaritz to bring out intimate scenes and sharing recipes that remind us of what great food is really all about.

Does eating where master of French cuisine, Alain Ducasse, eats when he’s in London sound like something you’d love to do? Then his latest title is one for you! Since opening Alain Ducasse at The Dorchester in 2007, Alain has been inspired by the rise of London’s gourmet scene, which he’s watched flourish over the years and has now translated into J’aime London.

Having closed his world-famous restaurant Oud Sluis (Netherlands) in 2013, three-Michelin-starred chef Sergio Herman has just released this two-part collection — complete with recipes and interviews by food journalist Mara Grimm — based on the final of the restaurant’s 25 illustrious years at the forefront of the world’s fine dining scene.

High-end publishers, Taschen, place one hundred design-forward bars and restaurants from around the world on a pedestal in their latest title. The restaurants and bars included are a round-up of the highlights from this year’s Restaurant & Bar Design Awards, which celebrates the most exceptional settings for eating and drinking, where aesthetics and function combine in seamless style.

With a background in writing, it was only right that American chef Michael Gibney — who also happens to be opening his first restaurant in Times Square, New York, later this year — took it upon himself to publish this entertaining title, giving those who have dabbled with the idea of a career as a chef real insight to 24 hours as a Sous Chef in a professional kitchen.

It took renowned author and photographer Jean-Pierre Gabriel three years and 25,000km of travelling, tasting, photographing and documenting his way through Thailand’s diverse regions to bring together this inspiring tome of over 500 recipes of the country’s much-loved cuisine. Time certainly well spent, we say…

An updated edition of James Halliday’s award-winning and definitive guide to Australian wine, which highlights over 550 wineries from over 70 of the country’s most celebrated wine-producing regions.

With a foreword by René Redzepi, Marque, by Australian chef Mark Best, certainly starts as it means to go on: with real insight into what makes truly memorable food. Lavishly illustrated with 80 images of inventive dishes that Mark serves up at his award-winning restaurant of the same name is Sydney, this is a bookshelf must-have for 2014.

A few to look out for…

The Third Plate: Field notes on the Future of Food, £18

In his new book, Chef Dan Barber (Blue Hill and Blue Hill at Stone Barns, New York) takes one-up on the farm-to-fork theory by introducing ‘the third plate’ — a new pattern of eating rooted in celebrating the whole farm, vegetables, grains, livestock and all.

London’s über-chef, Jason Atherton, shares over 100 recipes inspired by the modern, global fare featured at his entourage of London-based Michelin-starred eateries (Social Eating House and Pollen Street Social, to name but two). With a foreword by master chef Thomas Keller.

Recently featured in FOUR UK, two-Michelin-starred chef Nathan Outlaw’s latest cookbook, Fish Kitchen, gives seafood lovers a real taste of the unrivalled seafood on offer in Nathan’s home-county, Cornwall, on the UK’s south coast, helpful techniques on preparation and over 70 recipes by the king of fish himself.

Revered boutique patisserie chain La Pâtisserie Des Rêves — brainchild of world-renowned pastry chef Philippe Conticini — opened its first London outpost earlier this year in Marylebone. And to mark its launch, this English version of the La Pâtisserie Des Rêves recipe book, published in French in 2012, will be arrivingon a bookshelf near you, too!

Award-winning writer James Steen entertains with this travel-size book of food and drink facts and culinary curiosities. With contributions from Mary Berry, Michel Roux Jr. and Marco Pierre White, this is one for those who like their cookbooks served with a large slice of infectious humour.

Brazil is a vast country with a cornucopia of fabulous ingredients and a wealth of ethic culinary influences. The result? One of the most exciting cuisines in the world! To celebrate its richness and diversity, young chef Thiago Castanho and internationally renowned writer Luciana Bianchi clubbed together with chefs from all over Brazil, including Roberta Sudbrack and Rodrigo Oliveira, to bring food-lovers the world over a real exploration of the best of Brazilian food.

Drawing upon his Japanese heritage as well his classical and modern training, Chef Jacob Kear’s cuisine balances the past with the present, and what’s natural with what’s modern.Using local and foraged ingredients, Kear’s dishes also incoporate Eastern and Western cooking techniques.Like His cuisine, kear himself is as blend of different cultures. Born to a Caucasian

An insider’s look at this Napa Valley treasure with President Katheleen Heitz Myers.

The Dining Room restaurant in the Whatley Manor hotel unveils its new tasting menus from two Michelin star chef, Martin Burge, and offers us a sneak peek with this sensational dessert recipe.

Avant-garde chef Ryan Clift has been stirring up Singapore’s fine dining scene since landing there in 2008 with his fist solo project, the Tippling Club-an ultra-progressive restaurant with a unique cocktail pairing concept, set in the heart of the city’s central business district. Written exclusively for our FOUR Asia Spring 2015 edition, Simone Miché explores…