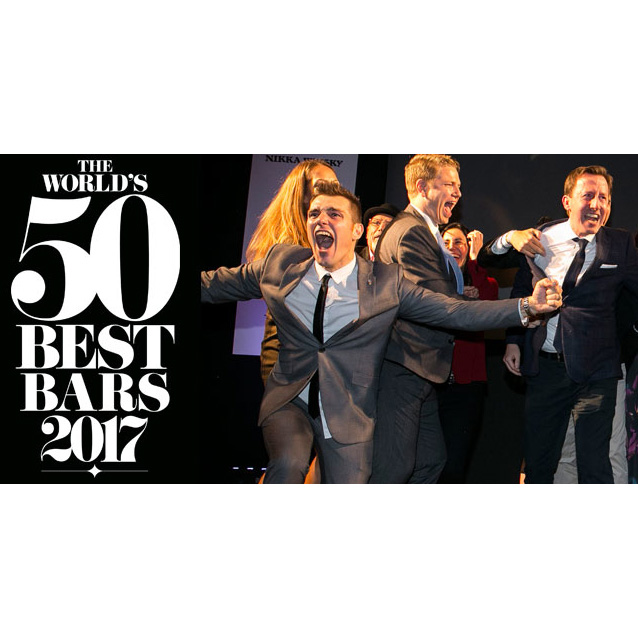 The World’s 50 Bars announced its highly anticipated list and awards at a live ceremony in London’s Southwark Cathedral. The ranking is created by the votes of an Academy of over 500 members from 55 countries; the strongest, most diverse collection of industry experts ever assembled to express their view on the best bars in the world.

The list represents the ultimate guide to the top bars and drinking destinations around the globe, with restaurant bars, speakeasies and hotel bars all contributing to the eclectic list. This year’s ranking includes bars from 24 cities in 19 countries, and boasts a total of 7 new entries and 4 re-entries.

London its retains crown as the cocktail capital of the world with 8 bars in The World’s 50 Best Bars and 4 in the top 10 – The NoMad, New York, ranked at No.3, is crowned Best Bar in North America, sponsored by Nikka Whisky.

London claims the top spot with American Bar, located within The Savoy, one of the world’s most recognised hotels. Winning the accolade for the first time, American Bar takes the title from the 2016 No.1, The Dead Rabbit in New York.

Since its first appearance in The World’s 50 Best Bars six years ago, American Bar has featured four times in the top 10. In 2010, following an extensive three-year refurbishment, the bar reopened under head bartender Erik Lorincz and bar manager Declan McGurk, who continue to lead the team today. American Bar boasts over 125 years of cocktail history and stories and has seen industry legends, including Ada Coleman, Harry Craddock and Peter Dorrelli, mix drinks behind its bar. The current team continues this fine tradition of leading the bar industry, with both iconic and modern serves on the menu.

While London leads the city rankings, US is home to the most bars on the list, led by The NoMad at NoMad Hotel taking home the award for Best Bar in North America. Showcasing an extensive cocktail heritage and buoyant contemporary cocktail scene, 13 North American bars are included, seven of which hail from New York, and two of which are in the top ten. Other US cities on the list are San Francisco, Miami, and Chicago.

Other US highlights include:

Other European highlights include: