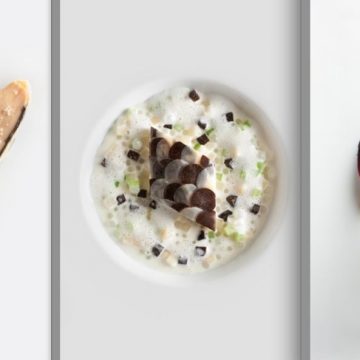 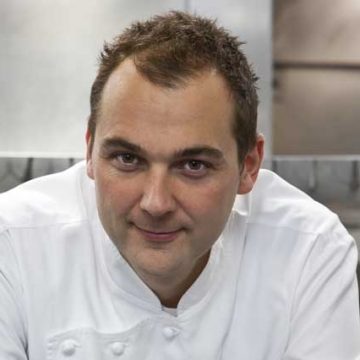 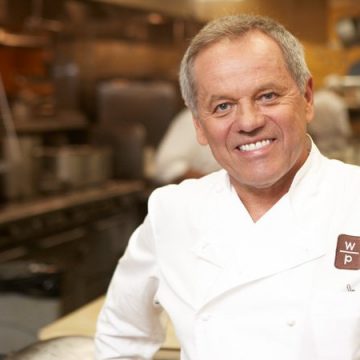 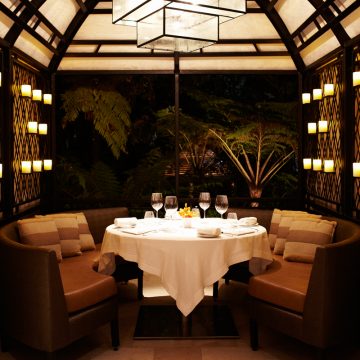 Wolfgang Puck will be joined by three-star Michelin chef Daniel Humm from NYC’s Eleven Madison Park, voted the #1 restaurant in the world by World’s 50 Best Restaurants, in his signature restaurant Wolfgang Puck at Hotel Bel-Air.

This one-night only culinary experience will take place at the iconic hotel on Wednesday, November 15, 2017, and is priced at $295 per person, excluding beverage, tax and gratuity, with optional wine pairings for an additional $55.

The dinner begins with an amuse bouche, followed by three courses prepared by each chef with optional wine pairings. Chef Hugo Bolanos, executive chef of Hotel Bel-Air, will join chef Puck in preparing three courses, with chef Humm also presenting three courses that showcase his award- winning culinary talents. The six-course menu will feature an inspired diversity of tastes and styles, including mouth-watering offerings like Scallop with Pistachio and Yuzu, Eggs Benedict with Caviar and Sturgeon and Chicken, Stuffed and Roasted with Black Truffle and Leek.

Chef and restaurateur Wolfgang Puck is acclaimed for his bold, innovative school of cooking that redefined fine dining in America. From the introduction of Spago, one of the world’s most iconic restaurants, and the creation of Chinois and CUT, to winning three James Beard awards and an Emmy, Wolfgang Puck has long set the standard for cuisine, service and style. His namesake restaurant, Wolfgang Puck at Hotel Bel-Air, represents one of his best hotel restaurant experiences in Los Angeles. It is a hotel restaurant like no other, set in spectacular gardens with two distinct dining venues offering the best of Californian cuisine.

A native of Switzerland, Daniel Humm was exposed to food at a very young age, and began working in kitchens at the age of 14. From there he spent time in some of the finest Swiss hotels and restaurants before earning his first Michelin star at the age of 24. In 2003, Daniel moved to the United States to become the executive chef at Campton Place in San Francisco, where he received four stars from the San Francisco Chronicle. Three years later, he moved to New York to become the executive chef at Eleven Madison Park. Over the course of Daniel’s tenure, he and Eleven Madison Park have received numerous accolades, including four stars from the New York Times, six James Beard Foundation Awards (including Outstanding Chef and Outstanding Restaurant in America), three Michelin Stars, and a top spot on the San Pellegrino list of the World’s 50 Best Restaurants. In 2011, Daniel and partner Will Guidara purchased Eleven Madison Park from Union Square Hospitality Group and the following year also opened the critically acclaimed NoMad. Since it’s opening, The NoMad has garnered three stars from the New York Times, one Michelin Star, and a James Beard Foundation Award.