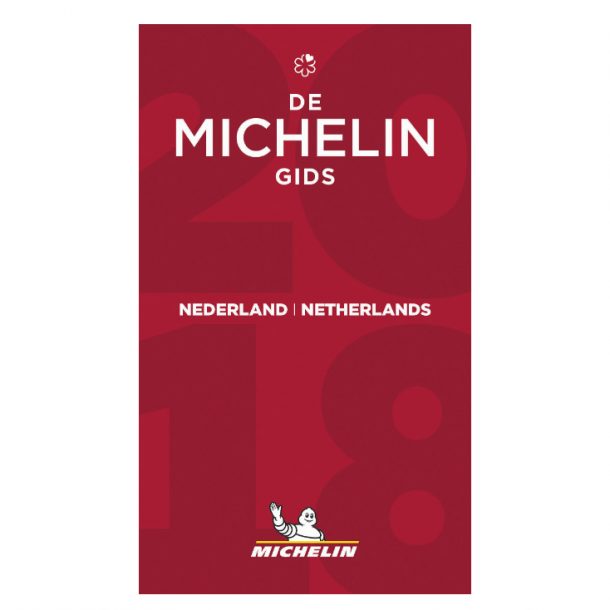 Michelin has unveiled the new selection of the Michelin Guide Netherlands 2018, which includes a total of 704 restaurants and 261 hotels.

In this new selection, the restaurant Inter Scaldes, located in Kruiningen is awarded three stars. This restaurant was awarded its very first star 40 years ago, then the second in 1984, before chef Jannis BREVET took over the reins of the kitchen in 2001, giving it a new impetus. Michael ELLIS, International Director of MICHELIN Guides, comments: “With his inspiration and talent, the chef uses top-quality local produce to create complex and harmonious dishes that reveal striking contrasting flavors.”

The De Leest and De Librije restaurants also retain their three star status in this 2018 selection.

The 2018 selection of the Michelin Guide Netherlands also highlights a total of sixteen two-star restaurants. It also awards eighty-nine one-star restaurants, of which six get their first star this year: Fitzgerald, located in Rotterdam; Vista restaurant & foodbar in Willemstad, where the chef proposes modern creations, and AIRrepublic located in Cadzand. In this new restaurant designed by chef Sergio HERMAN and offering a splendid view of the marina, Alex BUITEN and Nicolas MISERA try to rework with originality dishes previously proposed by the father of Sergio. Proof of the quality and dynamism of the gastronomic offer in Amsterdam is that 3 of the new one star restaurants are located there. These are The Duchess, where the inspectors were seduced by a very classic cuisine that revives forgotten recipes; The White Room, a restaurant offering a more modern menu that mixes with acidity and creativity acid flavors full of freshness and exotic spices. Finally, after moving into new premises, The Restaurant, led by Chef Jan DE WIT’s kitchen gets a star.

The 2018 selection also rewards 135 Bib Gourmand including 20 new restaurants. Inspectors appreciate these for their good quality-price ratio, offering a complete menu at less than 37 euros and favoring seasonal products.