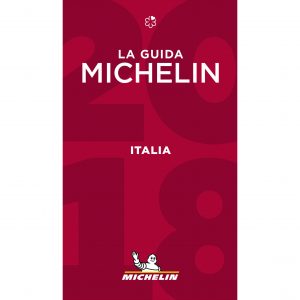 Italy retains its 9 three-star restaurant, plus gains a new one in the latest guide from Michelin.

This 63rd selection features a new three-star restaurant, St. Hubertus, in San Cassiano, run by chef Norbert Niederkofler, as well as a total of 356 starred restaurants. Michael Ellis, International Director in charge of the Michelin guides comments: “Ode to the surrounding nature using the delicious produce of the alpine region, and to the farmers and local producers with whom he works every day, Norbert Niederkofler’s dishes tell a thousand and one stories! Discovering his cuisine is an unforgettable human experience full of emotion.”

The 2018 selection includes 41 restaurants awarded two stars, including three new ones: Vun, in Milan, where chef Andrea Aprea offers tasty Italian cuisine inspired by the Naples region but revisited with a contemporary approach; La Siriola, a restaurant in San Cassiano where the 28-year-old chef Matteo Metulio stands out with the inventiveness of his cuisine and his ability to create rich and intense flavours using a selection of excellent produce; and finally Magnolia, a restaurant in Cesenatico where chef Alberto Faccani serves dishes based on local produce.

Twenty-six new restaurants receive one star this year, bringing the number of one-star restaurants in the 2018 selection to 306. Among these newly star-rated establishments there is a large proportion of young chefs: 30% of the restaurants are run by talented young chefs under 35 years of age, and three of them – aged at the most 30 – get their first star: Francesco Brutto for Undicesimo Vineria, located in Treviso, Donato Ascani, chef in the restaurant Glam Enrico Bartolini in Venice, and Alessia Longhini for the Stube Gourmet restaurant in Asiago.

In this 2018 selection, Lombardy is the most dynamic region, with 63 Michelin-starred restaurants, including 7 appearing for the first time, followed by Campania with 41 restaurants and Piedmont with 40 restaurants.

Finally, the Michelin guide Italy 2018 has selected 258 Bib Gourmand restaurants, 17 of which are new this year: this distinction rewards inspectors’ favourites, since they offer their customers a high quality complete menu for a maximum of 32 euros (35 euros in major towns and in top tourist destinations).